​​​​A new siege mode "Tactical Battle Mode" has been activated. All players will be provided with Units to command, a Rare artillery, and armour that matches the weapon you choose to wield. Runes and other personal effects will not be in contention; only your weapon, mount, and skills are your own. 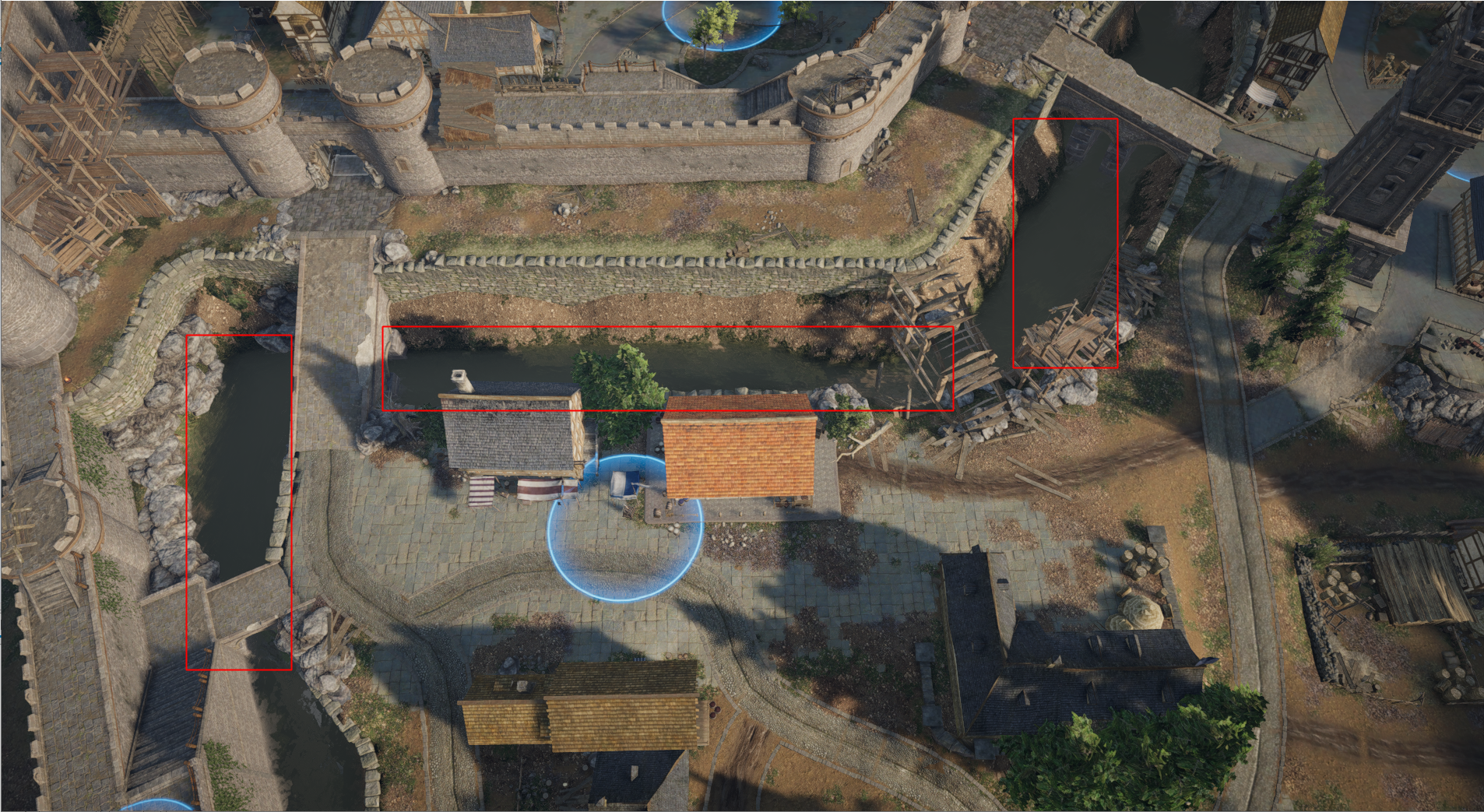 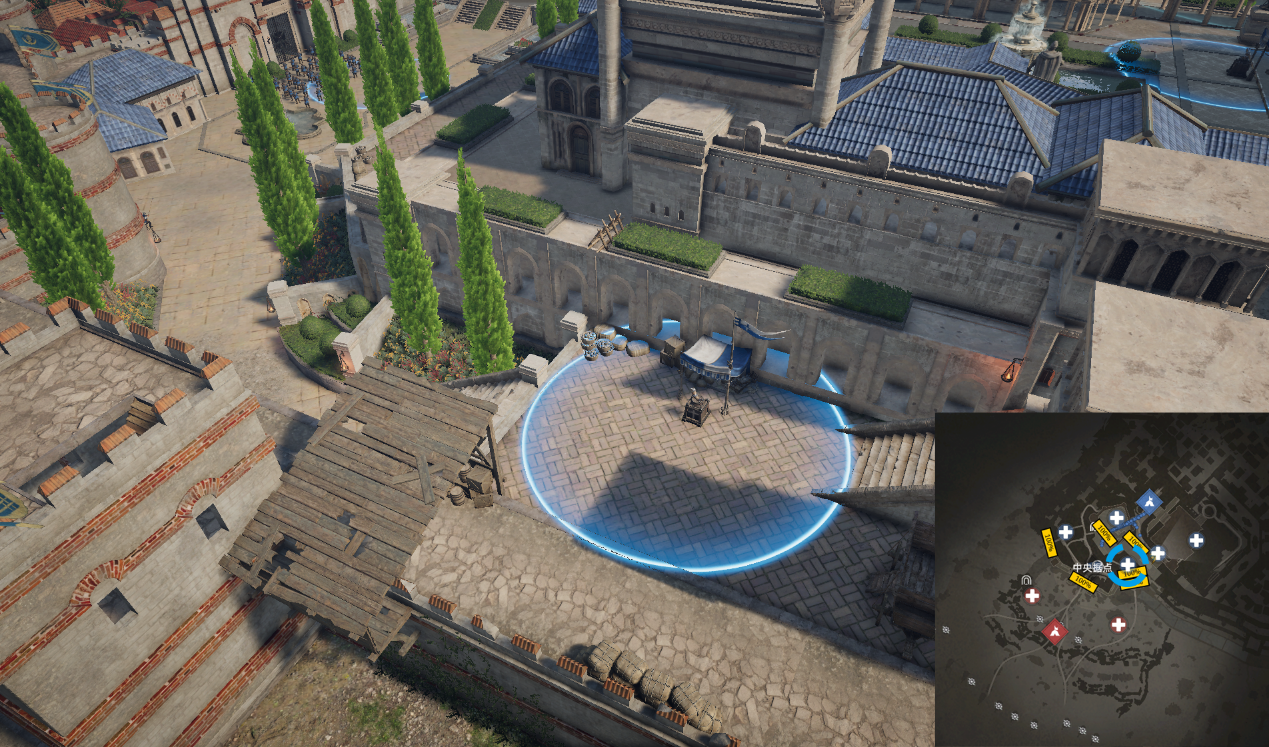 The Kheshigs' win rate is the highest on all servers by a considerable margin. On some servers, it is as high as 55%+ (units with a win rate of 53% or more can be defined as powerful).

By analysing the unit, we identified that the Kheshigs are powerful due to their strong attacks which counter infantry. They can quickly take down Warlords, giving an enemy Warlord little chance to strike back or flee. Their high damage and mobility make them a threat to both units and Warlords, giving them a better performance than other units. Furthermore, their bleed effect durations are too long, preventing wounded Warlords from using Bandage to heal up. Ultimately, this has had a somewhat negative impact on the overall gameplay experience.

Following the changes to Kheshigs, we will issue a ‘Kheshig Deindoctrinator’ to all Warlords who created the unit before Feb. 24.

Cavalry units are fairly strong in the current meta, with Kheshigs, Cataphract Lancers and Armiger Lancers having a win rate exceeding 52%. Our design goal with the Pavise Crossbowmen has been for them to somewhat counter cavalry. Unfortunately, they aren't performing as well as expected and have been dropping steadily in usage rate for the past few seasons. We want to increase their power against cavalry units to bring more varied tactical choices.

Javelin units previously excelled at killing enemy heroes, however, this is no longer the case when compared to 5-star units following the release of the Houndsmen and the buffs to the Kheshigs and Tercio. We want for more Warlords to try using javelins and increase the gains and sense of achievement when landing hits. With this, we hope to strengthen their unique role in battle and improve the experience of using them.

We are making the following improvements to Fief Quests: 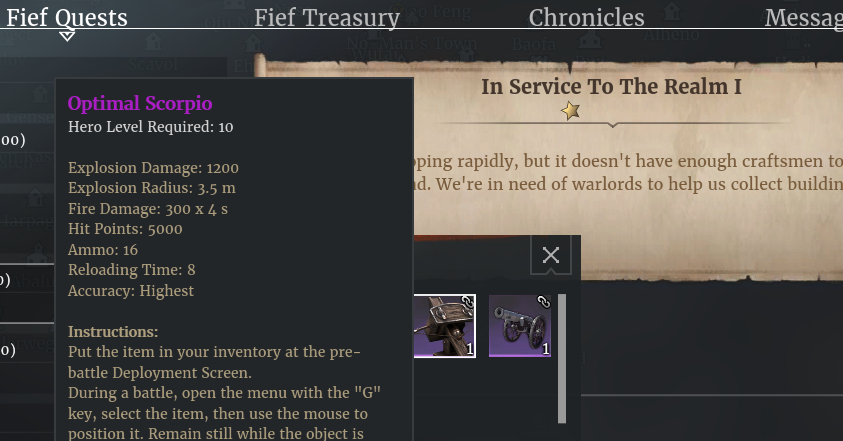 We are adjusting the weekly win and rank rewards of Ranked Battles to award those Warlords who perform well. Following this change, Warlords will be able to re-claim rewards based on their rank.

Improved the Territory War map Shield of the Capital. Added a respawn point closer to the front after the attacker occupies the center of the map. This means that the attackers' reinforcements can reach the battle quicker.

The Pike is the most used weapon in Conqueror’s Blade with a usage rate of 21.5% (with the Spear being second at a usage rate of 11%). Its statistics are overly high, especially its ability to survive and escape during a chaotic skirmish on the battlefield, which makes it superior to other medium armoured heroes. Due to this, we will make adjustments to the ‘Wandering Dragon’ skill to slightly reduce the Pike’s extreme burst potential and enable other weapons to stand against them.

The statistics for the Imperial Spear Guards reveal that their average damage is 370,800 (which places it as the tenth-ranked unit in terms of average damage output), their win rate rank is 60 and their usage rank is 40. As the Imperial Spear Guards are a defensive 4-star tower-shield unit, they cannot properly make use of their defensive abilities in the current meta, so we’ve made the decision to adjust their design and boost some of their skills giving them an increase in both defence and their usage capabilities.

The statistics for the Sipahis show that its usage rate is incredibly low (making it the second to last of all units used in the game). The unit is greatly underpowered, whether it be their burst potential, sustained damage or their ability to withstand damage. Their crowd control skills are not enough to ameliorate this weakness, therefore we have decided to improve on their crowd control abilities based on their characteristics.

The statistics for the Tercio Arquebusiers show a usage rate of 1.1%, which is far beneath the 30% usage rate of the Shenji Grenadiers. The damage of all Arquebusier infantry was increased during previous changes, but some Arqubuisers infantry are still unable to perform well within the current meta. Currently, the Shenji Grenadiers are one of the most used which we believe to be attributed to the lack of skills Arquebusiers have in their arsenal, the characters of the units are not strong enough and also they don’t feel nice to use. We are planning on increasing the abilities of various firearm infantry based on their weapon characteristics to make battles more varied and interesting. Tercio Arquebusiers are our focus for this update, we will be boosting their ranged and melee active skills which will thereby increase their playability.

Custom Lobbies is launching with maintenance, making it easier to freely practice and compete. Talk to the Sheriff to create or join a custom lobby.

Due to the nature of the changes being made to Warlords, their units and Runes we will be issuing the following compensation after the changes are made live with our weekly Maintenance. 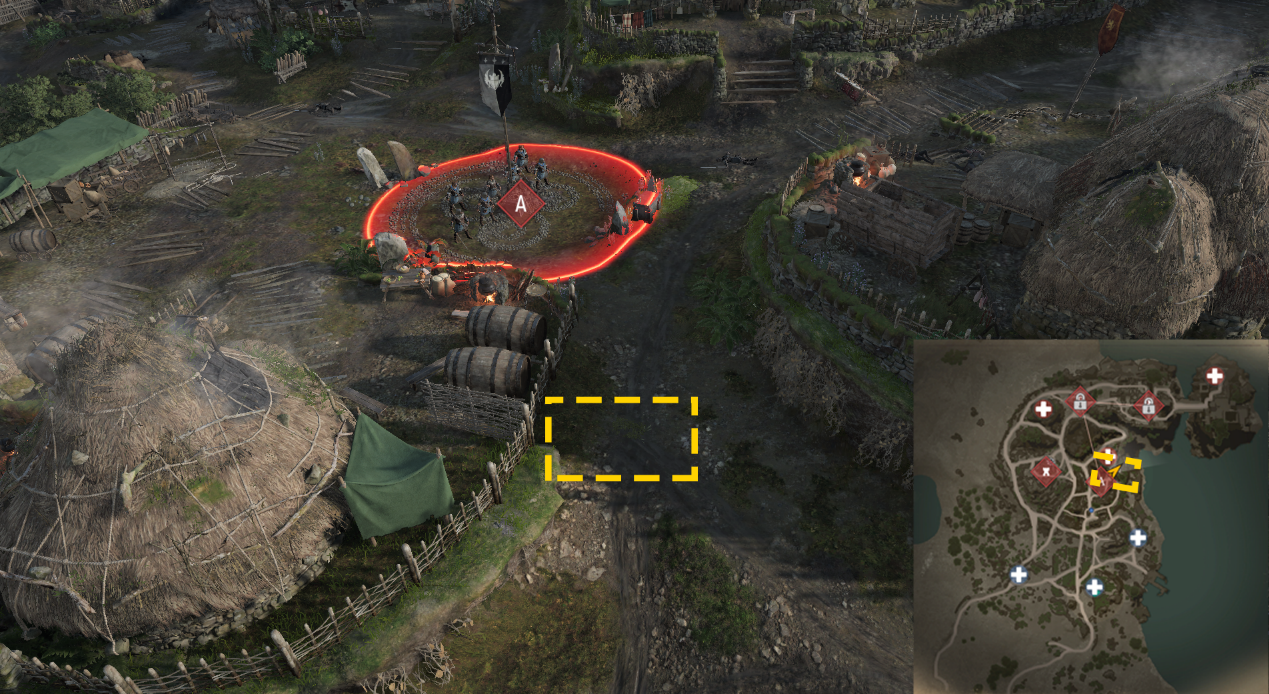 This Season’s Campaign is made up of 5 stages. Ungverija is the core region of Season X with the main objective being Turul Város. If an alliance has ownership of Turul Város, their ruling house’s liege has a chance to be bestowed the Hegemon title and all of their members will receive additional rewards.

The initial battle duration for all fief battles in Territory War has been extended.

While a Cohort is defending a fief during a war rally, they will receive support from more advanced NPC’s.

Changes have been made to the “Wall Fort” map in Territory Wars.

Starting in Season X: Highlanders, attire chests are opened via a specific menu, instead of from the Inventory. Opening an attire chest will require a corresponding item. If you receive attires you've already unlocked, these will be automatically salvaged.

From this menu, you will also be able to view the contents of the Attire Chest along with how frequent each rarity grade appears.

Introduced Assist Points, which can be earned by making valuable contributions to your team. This will give players more freedom of choice in battle, and open up more varied and strategic gameplay options to be rewarded as opposed to more conventional point-scoring through damage, kills, and objectives. This will benefit heroes and their units who are better suited to support roles as opposed to frontline fighters and encourage the greater use of such support mechanics and a supportive gameplay style. Assist points can be earned by buffing the attack and defence of allies, healing allies, crowd-controlling enemies to create an opening for greater damage to be dealt with, and tanking and sustaining damage for your allies.

Valid Assist Actions will be tracked to determine whether actions were beneficial to a battle’s outcome, and thus should be rewarded with Assist Points. If Bagpipers buff an ally but the ally deals no damage, for instance, no Assist Points will be rewarded. How and when you use supportive buffs and skills is critical to the score you earn.

Mastery Points will be removed with the start of Season X: Highlanders. They will be converted into Skill Points.