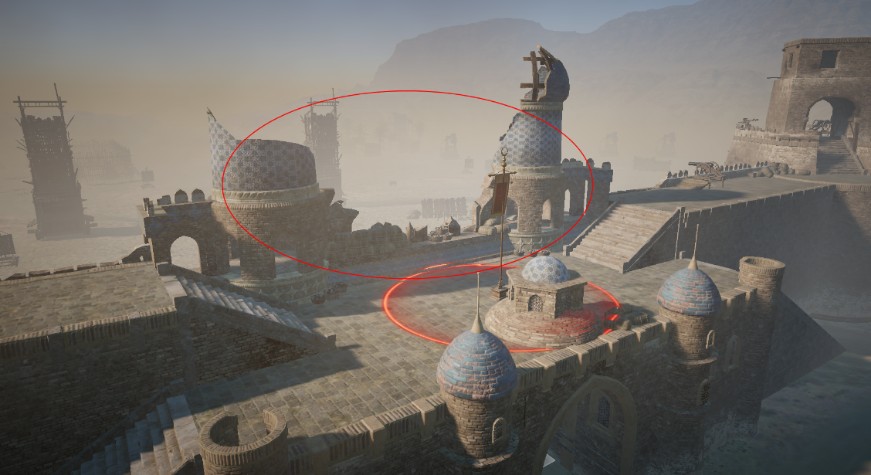 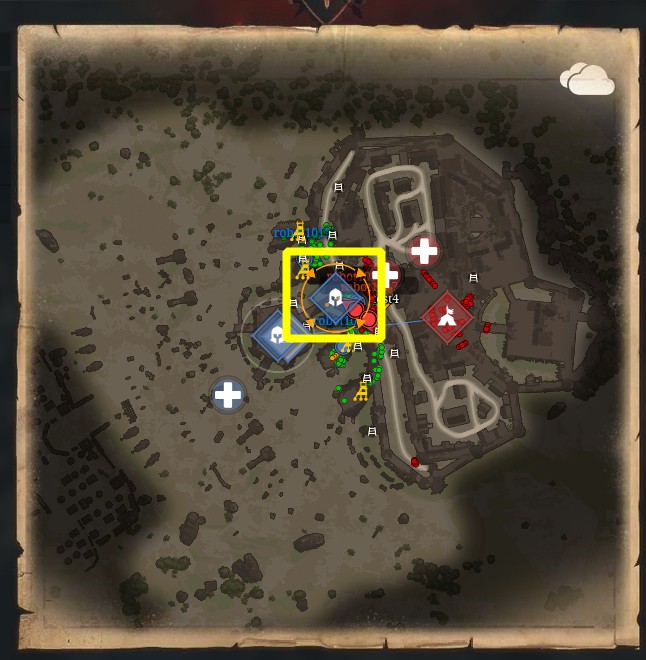 Searching for the perfect House to join can be difficult when there are many Houses within the House list that are inactive. Due to this have implemented the following system: 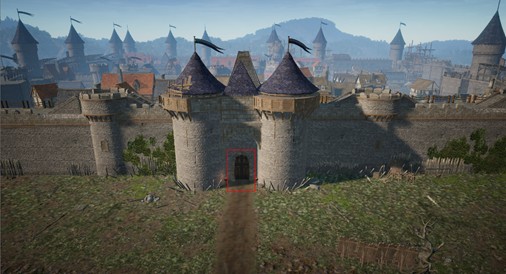 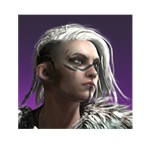 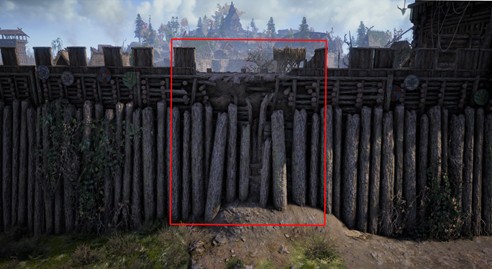 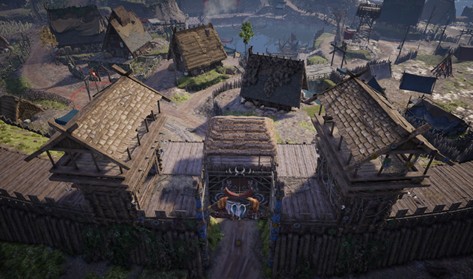 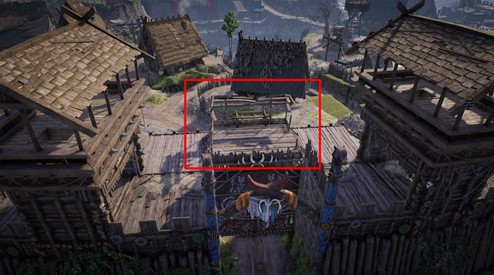 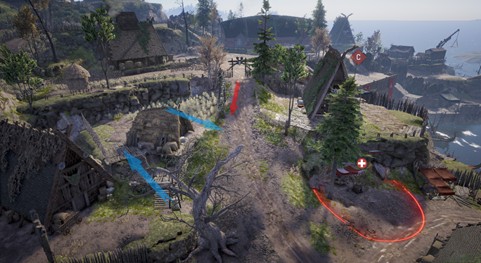 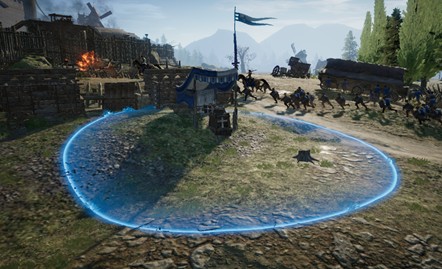 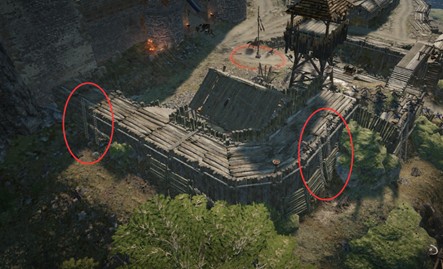 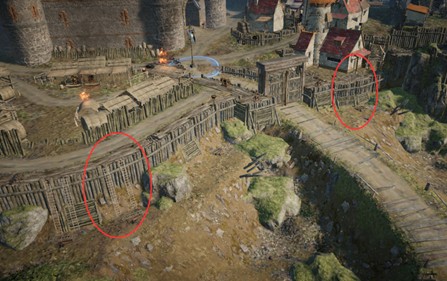 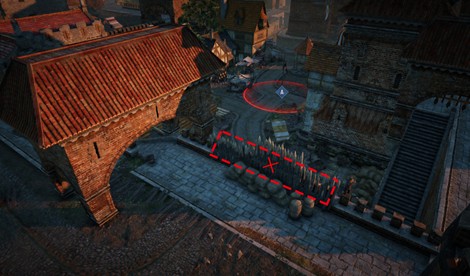 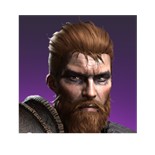 Applied the following adjustments to the ‘Swamp’ trait of Polearm Units:

Accessible from the Seasonal Interface, you can navigate back to previous seasons challenges. We have reduced the requirement to unlock Season III Units by 20%.

This Season’s Campaign is made up of 5 stages. Ungverija is the core region of Season VII with the main objective being Turul Város, Ungverijan fiefs will grant bonus influence to those that capture and hold them. At the end of the Season, if an alliance has ownership of Turul Város, their ruling house’s liege has a chance to be bestowed the Hegemon title and all of their members will receive additional rewards.

Runes are sacred artefacts that can be attached to your warlord's weapon, helmet and armour which improve their attributes such as health, attack and defence as well as providing special abilities and bonuses. This opens up a completely new way to play Conqueror's Blade, allowing you to make your Warlord feel more unique and adapt your Warlord to fit your own playstyle. Runes are Season-based and will expire with the end of the Season, however, the system itself will persist throughout future seasons.

Runes are unlocked by progressing your Seasonal Level.

Press F5 and navigate to the Seasonal Runes tab. From this panel, you can see your current Seasonal level and all of the runes that can be unlocked for the Season, you can claim your runes from this panel once you reach the required level.

Runes can be infused into weapons, helmets, and armour (chest piece). Each of the different item slots provides you with a certain selection of runic powers.

Different Runes also require different amounts of Rune Power. Each of the three slots on any piece of weapon, helmet or armour have a maximum amount of Rune Power you may allocate, with higher-grade Runes requiring more Rune Power.

You can equip Runes by:

3) Pressing P > Underneath your equipped Weapon and Armour, click on the Rune icon

Once you have navigated to the Runecrafting interfaces via any of the above methods, select the desired Weapon, Helmet or Armour you want to infuse the Rune, then select the rune you wish to infuse.

We have added Avatars and Frames to give warlords more customisation for their character. You can change your avatar and frame by accessing the Character interface (via ‘P’). Avatars can be unlocked by completing specific Achievements, all information to unlock a specific avatar can be found in the Avatar interface. When you complete an achievement, navigate to Character interface (via ‘P’) > Career > Achievements to claim and unlock your new avatar.

Frames are more exclusive and harder to obtain, these are issued by the Conqueror’s Blade team or granted as end-of-season rewards, for example being Grand Champion in Ranked Battles. Avatar and Frames are displayed in the following locations: There are twelve weeks of challenges to complete for Season VII: Wolves of Ragnarok, progress through the challenges to learn more about the heroes in this season’s lore and to gain glory. We have added four new main quests this Season:

Gain fame with the Northlanders and Guthorm throughout Season VII. Approach Thane in the capitals (Augolia, Reginopolis or Turul Város) to gain access to the Northlander’s store which hosts a variety of different items. Favour can be earnt by any of the following methods:

Matchmaking battles and Expeditions have a chance of rewarding Gold Armlets, Silver Armlets and Bronze Armlets, you can use these to pay tribute to the Northlanders.

We’ve made some adjustments to the Battle Pass system for Season VII.

Blades were introduced as part of Season VI as a secondary currency that players could earn via the Battle Pass which could be used to purchase Antique attires. Based on players feedback and data, we have made adjustments to the Seasonal Store and the Seasonal Currency. Antique Attires and the Seasonal Store:

Antique attires based on attires from Season III: Soldiers of Fortune have been added to the Seasonal Store. Warlords are able to preview Thegn's Hero Attire and the Odin’s Hero attire in full-screen mode via the Battle Pass interface. To do this, select one of the two attires you are interested in previewing and press the little eye symbol on the far right of the screen. We have added special idle animations for warlords who wear the complete set of either the Thegn’s Hero Attire or the Odin’s Hero Attire.

To improve the gameplay experience of the attacking side during matchmaking siege battles, we have added a safe spawn point near the attacker’s base during each stage. Players may opt to spawn here, however, we have not made any changes to the default spawn point at the front lines.

The attackers have a difficult time on Augolia as it is difficult to maintain offence, leading to them having a rather low win rate. Thus, we have added a supply point for the defenders which can be occupied, enabling the attackers to spawn nearby and increase their reinforcements. The terrain of Sun City is incredibly open and the two sides spawn quite far away from each other, this has led to the attackers having too much ground to play with, making it easy to use mobility as an advantage. This has made it difficult for the defenders to attain victory, and the attacker’s win rate has remained consistently high. Due to this, we have adjusted the reward times for Capturing A and B for the attacker down from 3 minutes to 2 minutes. High mobility is still encouraged, but with this change the tolerance for error is smaller.

Resolved some known bugs with the tutorial maps to improve the overall experience. Changes include:

We have made some improvements to the tooltips on the Map and World Map in this season. The new tooltips have a more aesthetic design and it is easier to read. This affects the Region Capitals, Fiefs and Resource Sites.

To improve the new player experience, and to avoid features becoming available too rapidly, we are adjusting the levels at which some features become available, this should allow it to be easier for players to ease into the game at a good pace.

We have also adjusted Hero experience gained from the Hero’s Journey - Path of Bravery:

We’ve also made some adjustments to the amount of experience required to level up units.

According to gameplay data and player feedback, the iteration of skills that reduce the enemies defence are over-tuned across the board, which has led to defence having a fairly low value and not feeling like it has any effect on the battlefield. With more and more units being added to the game, warlord's survivability has taken a hit, so we are making the following adjustments.

Based on gameplay data and player feedback we are adjusting the Poleaxe to increase its damage capability against units.

Based on gameplay data and player feedback, we have learned that the Spear’s burst damage exceeds our expectations, therefore we are making the following adjustments.

Based on gameplay data and player feedback we are adjusting Shortsword and Shield to give it a better balance of risk and reward.

The Dual Blades are currently performing well, however when ‘Ambush’ is used when coming out of Stealth we have found that the armour penetration is a bit too high, therefore we are adjusting that.

The Glaive is a fairly well-rounded and highly versatile weapon, however it’s damage against units is slightly worse than anticipated, therefore we are making the following adjustments.

Our ambition with the Nodachi is to make it a weapon which relies on chaining skills together, making it a high risk and high reward type weapon. Due to this, we are going to be making adjustments to it’s Health Drain, Bloodthisty and Survivability.

The Maul is too strong when it comes to breaking the enemies formation, but it also requires the player to master the usage of Stamina, so we are making the following adjustments:

In Season VI, infantry units were a bit on the weaker side, they deal less damage than other units and they can’t take as much damage as they previously could, so we’re making some changes in Season VII to remedy some of these issues.

The initial health listed in the tables below reflects a unit's basic health, plus their health gained when levelling up by 1. For example, the Serf’s initial health shown in the in-game Unit interface is 3691 + 129. Swords & Shield Infantry:

Sword and shield units have a hard time dealing with shield units, even when having an advantage in numbers they can barely ever break through the enemies defences due to their low damage, so we have increased the block break of all Sword and Shield infantry units by 60%.

Based on player feedback and gameplay data, the Symmachean Stalwarts far exceeded our expectations, therefore we are making the following adjustments:

Polearm Infantry units were too weak against cavalry in Season VI which has led to warlords feeling that there is no good counter to cavalry units. We want to emphasise the advantage of using polearm units against cavalry, therefore we are making the following adjustments:

Ranged units have underperformed for a very long time, while they have the advantage of range (as their type suggests) they have too low armour penetration, they’re ineffective when trying to put pressure on the enemies during battles, and they are ineffective when attempting to threaten the enemies back lines. Due to their ineffectiveness in battle, they have gradually been replaced by crossbow and firearm units, we want to increase the amount of warlords bringing bow units into battle, therefore we are making the following changes:

We have reduced the reloading time of all musket units by 8%. This change excludes the use of skills.

The Khevtuuls are designed as a unit that can harass the enemy by providing supporting damage and they’re also intended to be a unit that are capable of breaking the enemy's ranks, therefore we are making the following changes.

With this update, we are making significant changes to balancing, meaning that units that were previously powerful have a hard time retaining their strength, due to this we are going to roll out a series of changes to their Leadership cost to better reflect their strength in battle. We are starting with Kheshigs and Rattan Rangers, more changes will be released overtime.