Let the Gladiator Games begin in Conqueror’s Blade: Colosseum, the new Season now available as a free update! Rise as a champion of the Colosseum in a brand-new 6v6 game mode, fight through the ranks in a new Seasonal Campaign, unlock Units inspired by Roman gladiators, and enjoy special launch events throughout September.

The Colosseum Battle Pass is now available to buy in-game, and from MY.GAMES Market (via the MGLauncher) and Steam, with the Gladiator Champion Hero Attire granted as an instant unlock.

Enter the fray in the brand-new Colosseum mode, inspired by the gladiator battles of Ancient Rome! Fight in ferocious 6v6 battles armed with only two respawns, one piece of artillery, and your own Units. Lead the greatest gladiators in the world to glory in this new arena, and brave the trials and tribulations of combat before a cheering crowd.

Learn more about the gameplay and design of Colosseum mode, then experience the spectacle for yourself today! Three new Seasonal Units inspired by Ancient Roman gladiators will be available to unlock via Unit Challenges throughout the Season, with each bringing unique tactics and shifting power dynamics to the Colosseum:

The Colosseum has opened, and many rewards inspired by the immortal reputation of Ancient Rome are yours to earn in the Battle Pass! Over 100 levels of Free and Premium rewards can be claimed by completing Seasonal Challenges, earning Glory, and levelling up during the season. Equip your new gladiator allies in the Equites Unit Attire, and ride into the Colosseum atop a steed adorned with the Triumphant Leo Mount Set. At Tier 100 sits the ultimate trophy for any true gladiator—-the Centurion Hero Attire.

Gladiator Champion Hero Attire is available as an instant reward when you purchase the Battle Pass in-game for 1,000 Sovereigns, or from MY.GAMES Market (in the MGLauncher) or Steam. Conqueror’s Blade is a free-to-play game, and there are many exciting rewards to be earned on the Free Pass too.

Draw Blades from the Battle Pass to exchange in the Seasonal Store for weapon skins and revamped cosmetics not seen since Season IX: Tyranny! 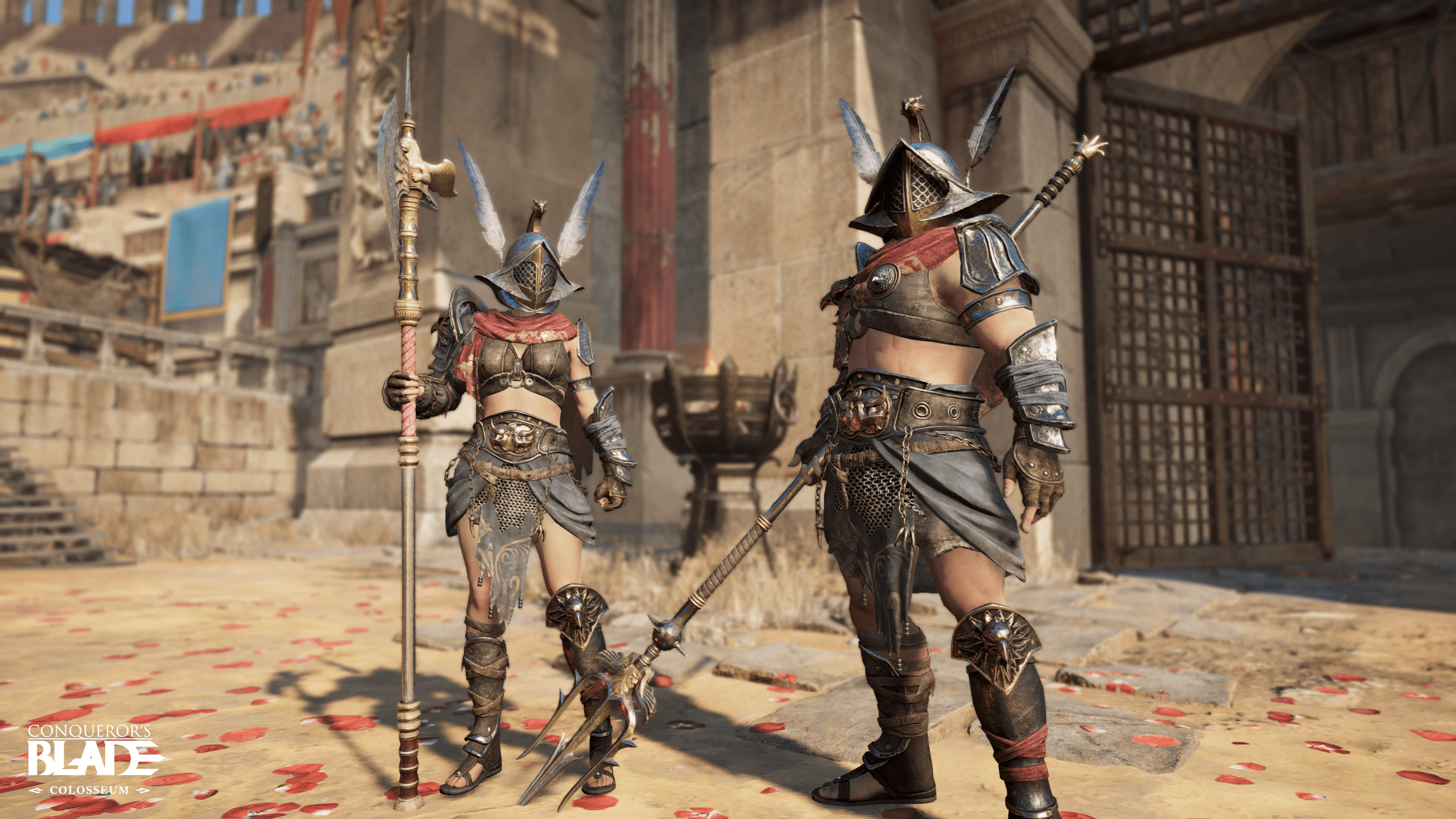 Emperor Hadrianus has relaunched the Gladiator Games, a bloodsport that was once so popular amongst the citizens of the ancient Aquiline Empire. Now, heroes from the far reaches of the world contend for glory within the walls of the restored Colosseum.

Fight to survive in a new chapter inspired by Ancient Rome and its gladiators, and complete Challenges to claim rewards from the Battle Pass in the Seasonal Campaign.

Start your journey in either The Borderlands or Anadolou, then fight your way through five stages of the Campaign in Territory Wars every Tuesday and Saturday. The final battle at the end of the Season will be fought in Anliang (Capital of Maoyang).

Territory Wars begin on September 6 and will be waged every Tuesday and Saturday throughout Colosseum. Participate in epic server-wide PvP battles which form the lion’s share of endgame content in Conqueror’s Blade.

Begin your ascent to glory in Colosseum in style, with special launch sales now active in-game. Everything listed below is 30% off, so stock up on everything you’ll need to endure the trials of the greatest combat arena ever known.

We always strive to improve the Conqueror’s Blade experience with every new Season, and Colosseum is no exception, with new improvements to the user interface now available. Read up about every change in the patch notes before you start playing! For those who are about to fight, we salute you. Download and play Conqueror’s Blade: Colosseum today!