Dimachaeri are powerful gladiators who wield two swords to bring the fight directly to their opponents. Unlock these born fighters in Conqueror’s Blade: Colosseum today via new Unit Challenges!

The Dimachaeri can be unlocked by completing Seasonal Unit Challenges, and come with a Seasonal Bonus in the form of Leadership requirements decreased by 10 points for the duration of the Season.

The Dimachaeri are gladiators deemed to be a crucial component of the Colosseum. They delight the baying crowds with their keen swordsmanship and battle techniques.

Able to use their straight blade and siccae swords to bash enemy shields aside before launching into a furious unblockable attack that dazes their foes, these gladiators are not to be trifled with.

This unit knows how to handle a fight like a pro, having spent enough time in the Colosseum honing an effective fighting style. Their attacks are mostly offensive, but they can also employ an acrobatic-style retreat to create distance between themselves and any pesky foe who dares to enter their zone.

The Dimachaeri do not possess shields, and are therefore exposed in ways the Myrmillones—their gladiator peers—are not. Defence is not their strong suit; they are best deployed for frontal assaults rather than holding areas or defending their leader. 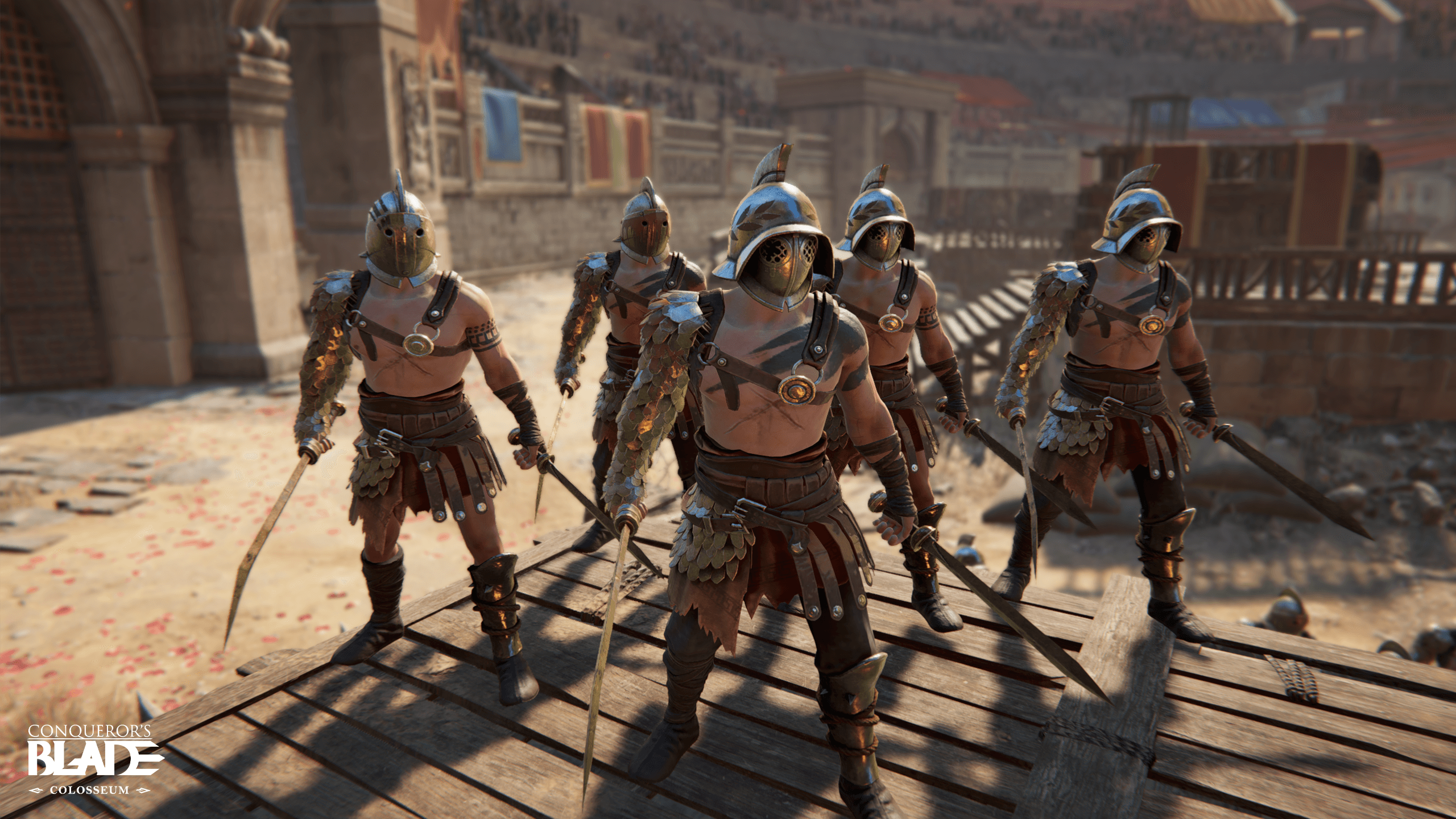 The Dimachaeri are now available to unlock via Unit Challenges!