Rise up and rebel as Season IX approaches in Conqueror’s Blade, and you can prepare by pre-purchasing the Season IX Battle Pass! You’ll be able to earn exclusive rewards right away when the new season launches on September 28, with instant in-game rewards.

Before you pre-purchase your Battle Pass, size up the coming threat in the brand-new cinematic trailer for Season IX: Tyranny:

The following instant rewards are only available when you pre-purchase the Season IX Battle Pass from MY.GAMES Market before September 28:

The Battle Pass is your key to unlocking over 100 levels of rewards throughout Season IX. Stand against chaos and raise your Nobility Tier by earning Glory through the new Campaign and Seasonal Challenges. Rebels can earn all-new and exclusive cosmetics, Emotes, currency to exchange for new weapon skins, and so much more. You’ll also receive an exclusive set of Hero Attire straight away when you activate your Battle Pass on September 28!

IMPORTANT: The Season VIII Battle Pass (available in the current season) will be removed from MY.GAMES Market and Steam on September 24 at 18:00 CEST. 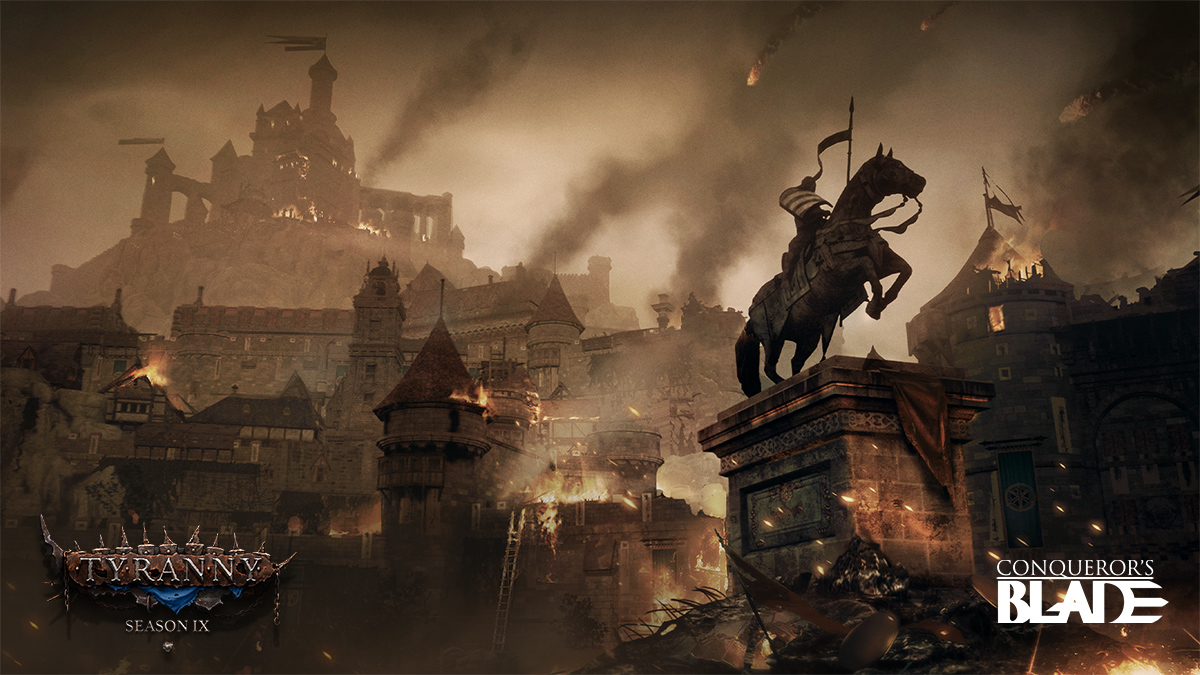 Thinking about moving to a new server? You can now apply for a server transfer until September 27 at 12:00 CEST!

IMPORTANT: Players should leave Houses/Cohorts before applying for a server transfer, but Seasonal Rewards cannot be granted if you leave a House, so hold your horses until you get your rewards!

Want a sneak peek at everything Season IX: Tyranny has in store? Stay tuned for more details on a preview event you won’t want to miss!

Prepare to defy evil when Season IX: Tyranny launches as a free update on September 28. Read more about the upcoming season in our official announcement!