New units are arriving with Season VIII: Dynasty on July 8, and after exploring the lore, historical influence, and combat prowess of the Cudgel Monks and Greyhair Garrison, we’re shifting focus to the crème de la crème of the Qian Dynasty’s army: the Modao Battalion (5-Star).

Alongside staffs, spears, and double-edged swords, the single-edged blade known as the dao was among the most common weapons in ancient Chinese military history. It is considered to be the “General of All Weapons”, and as such was a popular sidearm for Tang Dynasty era soldiers. As Tang weaponsmiths further expanded upon the metalwork of their predecessors, they introduced steel to their forging process and iterated upon the dao to create the modao, a two-handed, double-edged sword, and the changdao, a two-handed, single-edged sword. At over seven feet long, these blades likely cast an imposing shadow over battle proceedings and were reportedly wielded by the most elite vanguards of the Tang army.

In the world of Conqueror’s Blade, Modao Battalions are among the most distinguished military formations in Longting, forming the core of the Hao Jing Imperial Guard. Their equipment is top-notch and their training rigorous, as they serve the important task of guarding the city. The army they formerly belonged to was founded by the second Qian Emperor, which followed the emperor on expeditions that sometimes lasted decades. For the duration of their service, the army went undefeated.

Nowadays, the power of these forces is in decline, though still revered. The soldiers selected for the Modao Battalion are all skilled warriors, with strong physiques and a deep reserve of loyalty and dedication to their duty. They wield the great bladed 'modao' with great skill, reputedly able to cut a cavalryman and his horse in two with a single strike. 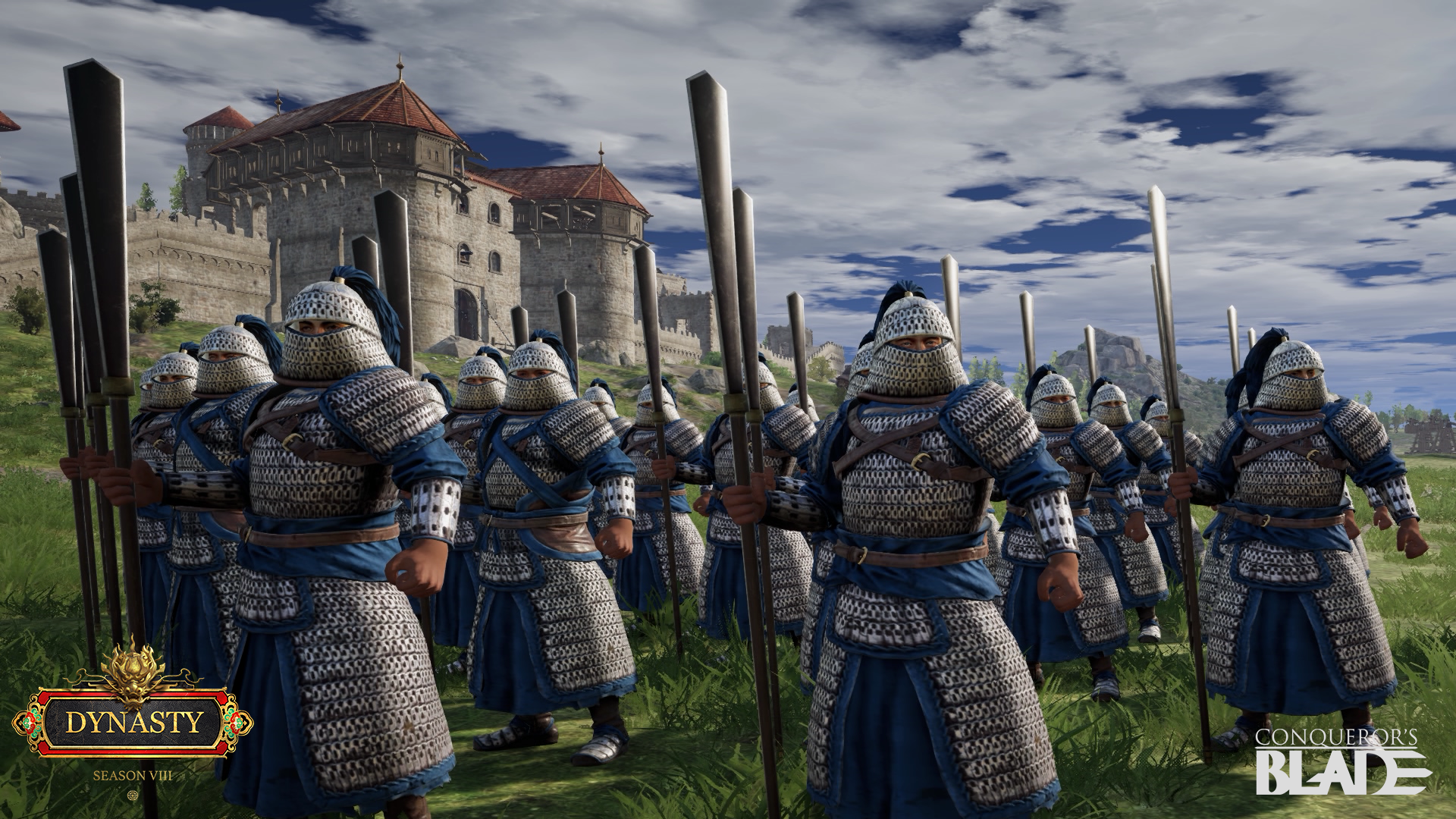 You can order the Modao Battalion to adopt a special formation to withstand charging attacks which, combined with a unit trait that prevents them from being knocked down, makes them an effective anti-cavalry unit. They can slow down cavalry units a great deal upon first contact, and deal a massive amount of bleeding damage to any riders unlucky enough to be caught in their storm. They’re an ideal unit to station on your frontlines during Field Battles!

The Modao Battalion can be unlocked later on in Season VIII: Dynasty, launching as a free update on July 8. For further reading about swords in ancient Chinese warfare, check out the World History Encyclopedia.