Conqueror’s Blade is celebrating its second birthday, which means that as well as looking forward to all the great things to come in the near future, we can afford to take some time to reflect on Year Two. We don’t need to remind everyone that it’s been a difficult period in the real world, but it's been heartening for everyone at MY.GAMES and Booming Tech to see the community grow and thrive in Conqueror’s Blade. In return for your unswerving loyalty, we have a whole host of boosts, events and sales in play until June 23. Before we get to detailing those, here's a video dedicated to your efforts over the past few seasons. Thank you for playing Conqueror’s Blade!

Our first anniversary broke towards the end of an extended Season III and with Season VII nearing its conclusion, we’ve managed to effectively squeeze four full seasons into our second year. In that time the game has received over a dozen new and updated units, a whole new region and full language support for our Turkish and Polish communities. That doesn’t quite reflect all that you have achieved, however, so let’s do that now with a sparkly new infographic:

We’ll start with an extended in-game boost - a massive 40% increase in Hero XP, Unit XP and Bronze earned from matchmaking battles. In addition, rather than lasting for the duration of the upcoming weekend, this boost will be effective for the entire period of our birthday celebration, until 23:59 CEST on June 23!

In addition to XP and Bronze, you will also earn Imperial Medals from matchmaking battles for the full duration of our birthday events. These can then be exchanged for the following items before the end of June 23: 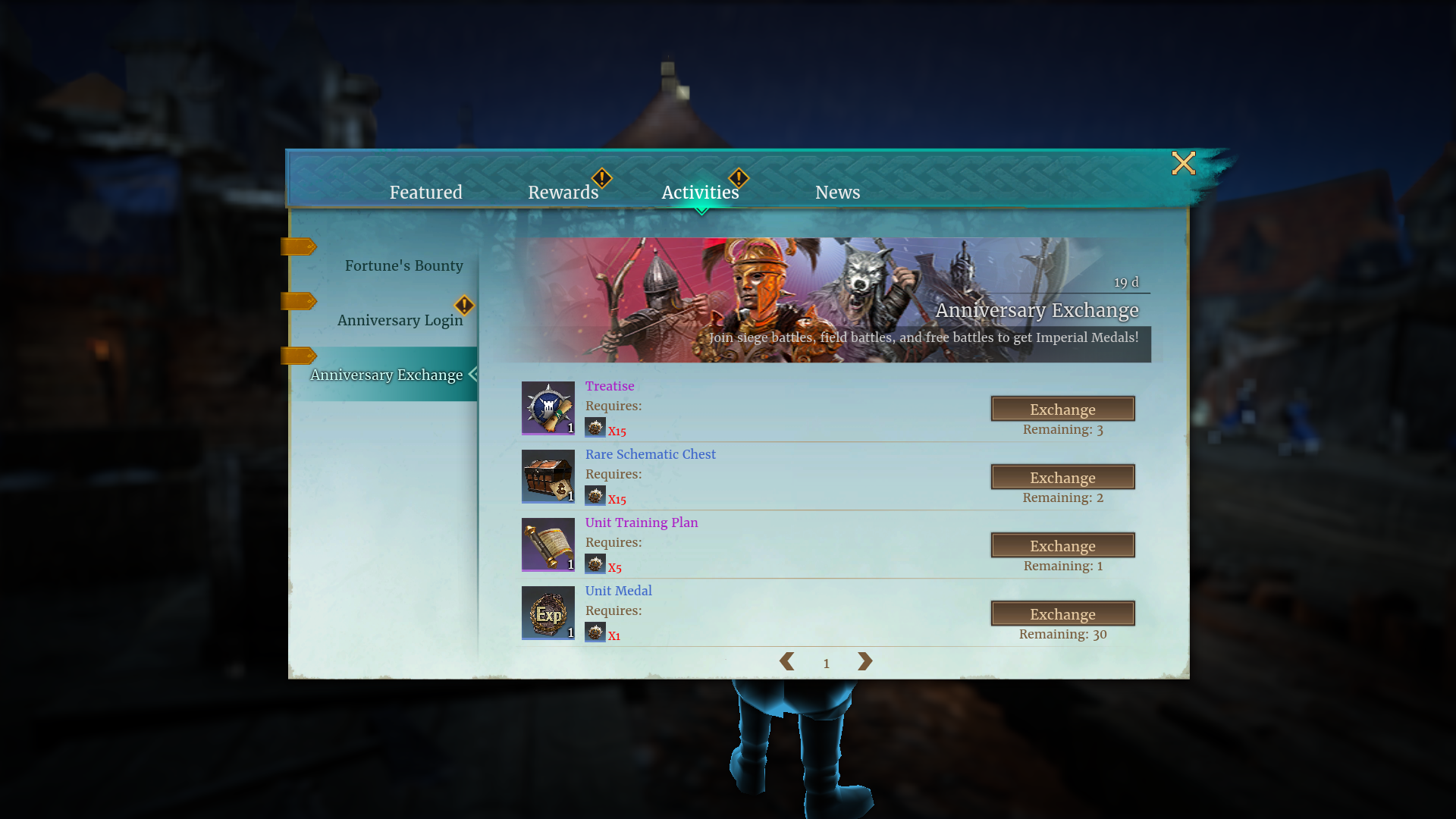 Every day that you sign into Conqueror’s Blade during the anniversary period, you can claim extra in-game items, from Hero and Unit XP cards, to Unit Medals, Selection Boxes and a "Tiny Tyrant Seidr Druid" Avatar. You can also start the celebration off early with an entirely appropriate “Drink” Emote - so long as you use it responsibly, of course.

The log-in event can be accessed via the Activities tab by pressing “O”. 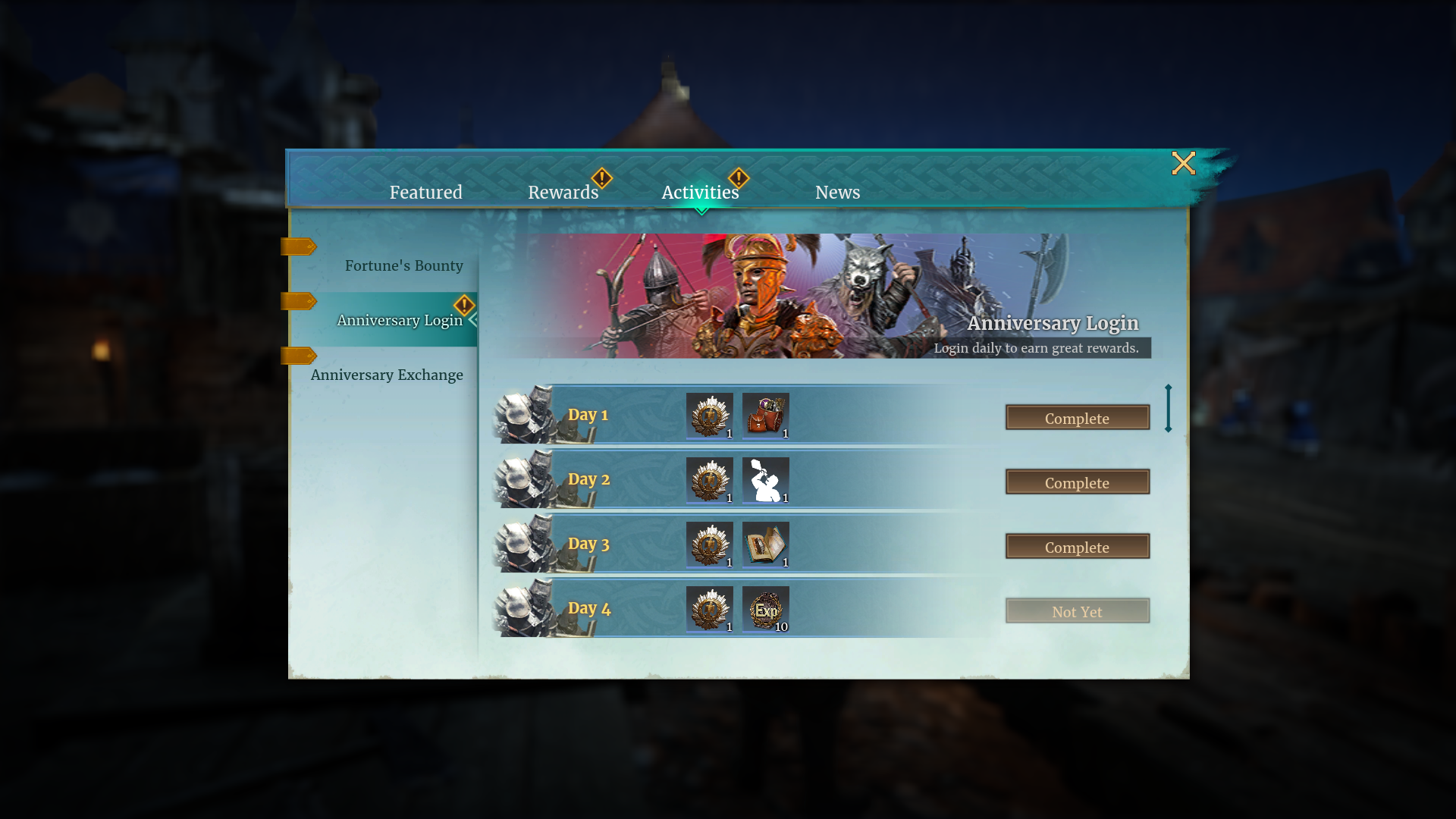 Being something of a party animal, the Warden has devised a series of daily and weekly birthday quests for you to undertake. If you accept and complete any or all of them in time, the appropriate rewards (including more Imperial Medals) will be yours for the taking! 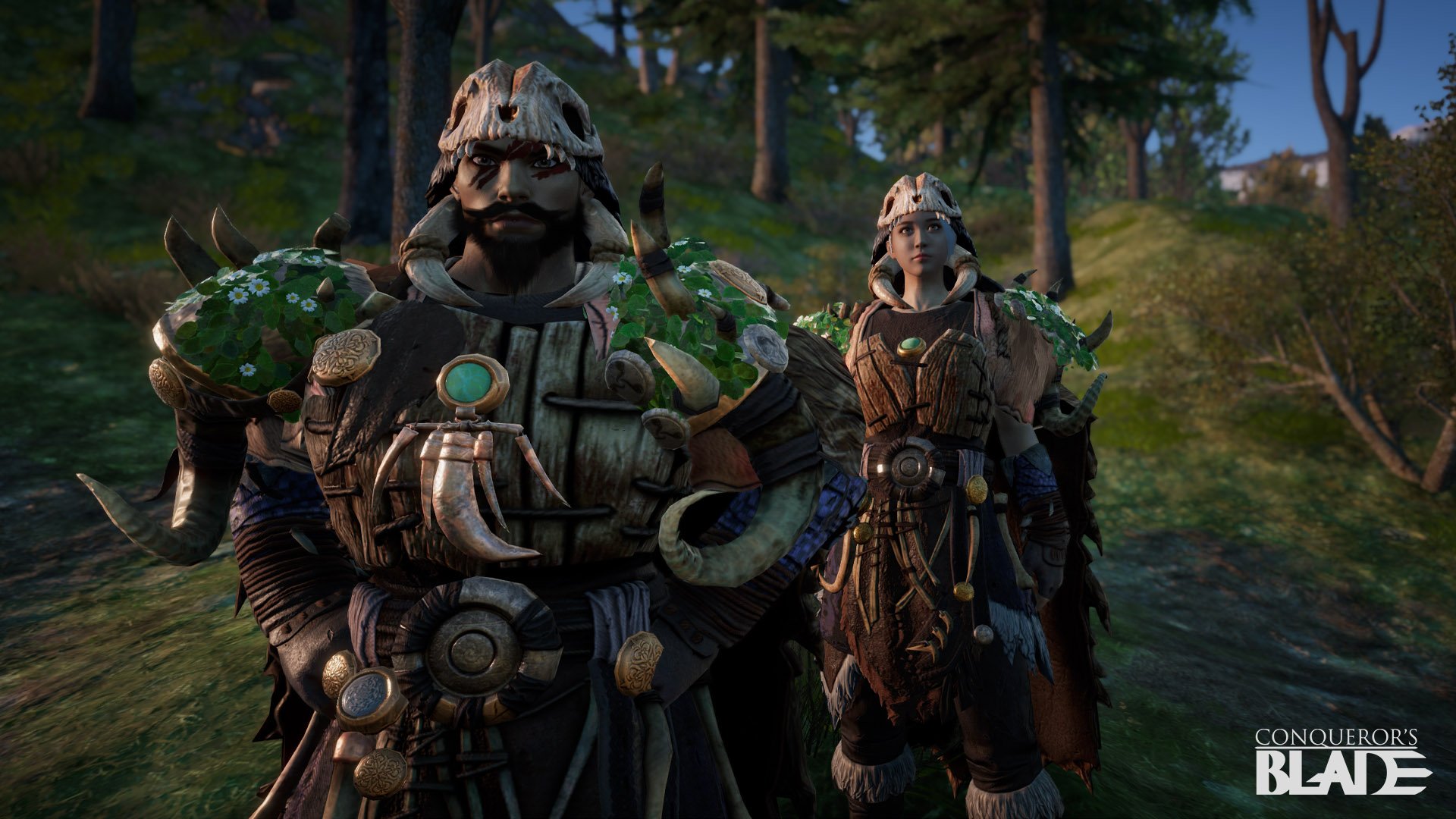 We hope you enjoy and make the most of the Year Two birthday period. At the very least, don’t forget to claim your FREE Year Two Anniversary gifts from MY.GAMES Market and Log-in Event items in-game, and remember that unless otherwise specified, all the anniversary events and offers will be ending at 23:59 CEST on June 23.

Have fun, and thank you for being a part of Conqueror’s Blade!