Strike from the shadows in Conqueror’s Blade: Scorpio, the new Season now available as a free update! Become a deadly assassin, battle through the ranks in a new Seasonal Campaign, unlock Units inspired by ancient Persian factions, and enjoy special launch events and sales. You can also ready yourself to wield a new Weapon Class: the Chain Dart & Scimitar, launching December 8 (preorders now available)!

The Scorpio Battle Pass is now available to buy in-game and from Steam, with the Guild Agent Hero Attire granted as an instant unlock.

Three new Seasonal Units inspired by legendary factions of ancient Persia will be available to unlock via Unit Challenges throughout the Season, each bringing distinctive and deadly talents to the battle:

Scorpio is here, and many rewards are yours to earn in the Battle Pass! Over 100 levels of Free and Premium rewards can be claimed by completing Seasonal Challenges, earning Glory, and levelling up during the season. Equip your band of assassins with the Ashur Vanguard Unit Attire, and gallop into the sandstorm with the Shabdiz's Heir Mount Set. At Tier 100 sits a prize fit for a truly deadly assassin—-the Noble Hashashin Hero Attire.

Guild Agent Hero Attire will be granted as an instant reward when you purchase the Battle Pass in-game for 1,000 Sovereigns, or from Steam. Conqueror’s Blade is a free-to-play game, and there are many epic rewards to be earned on the Free Pass too.

Draw Blades from the Battle Pass to exchange in the Seasonal Store for Antique variants of cosmetics previously only available in Highlanders! 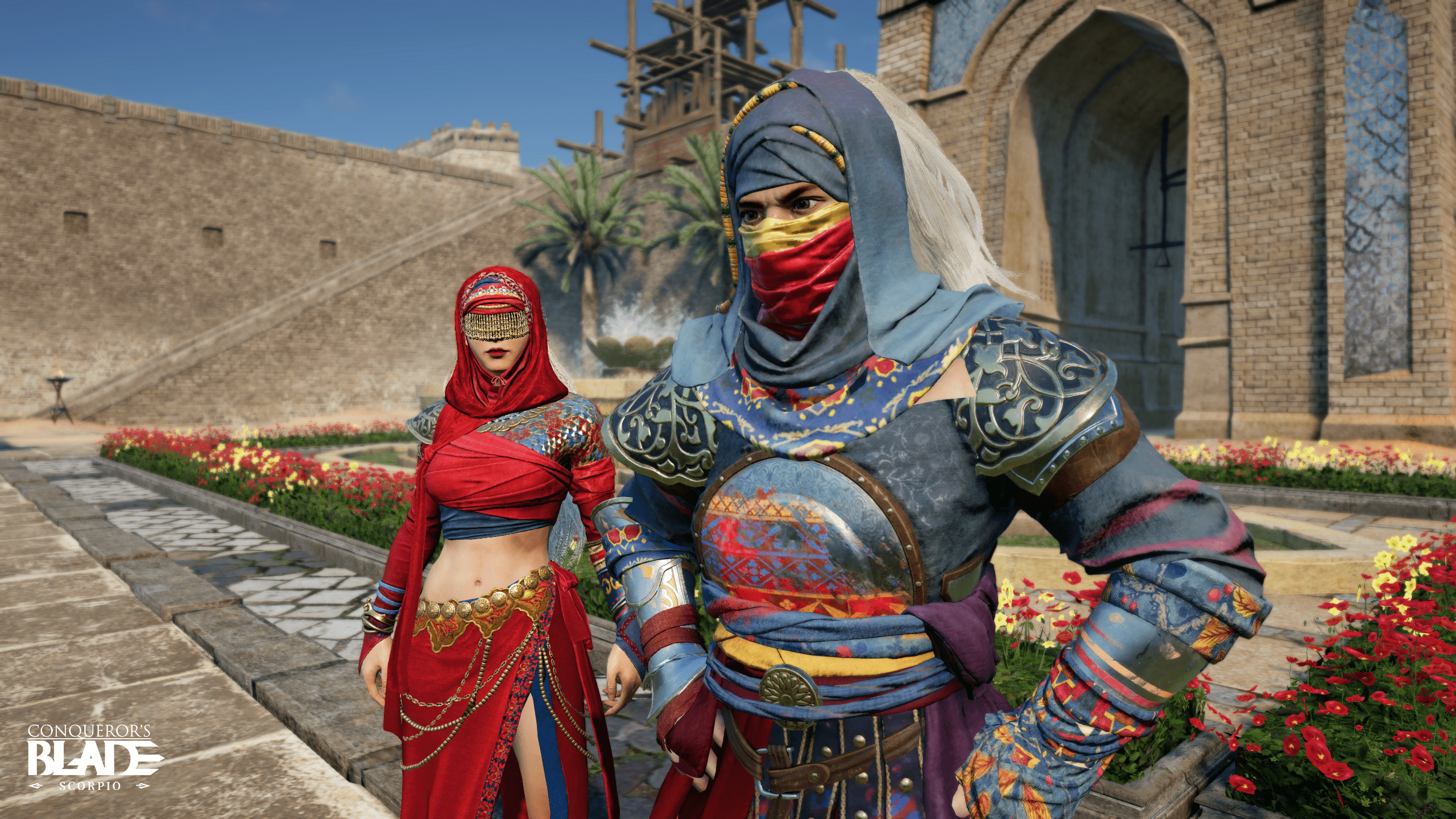 The Chain Dart & Scimitar is the thirteenth Weapon Class to arrive in Conqueror’s Blade and boasts a hook to pull enemies into your grasp, smoke bombs, and slashing capabilities with the Scimitar.

From now until December 8 (08:00 Server Time), you can pre-order the new Weapon Class and pick up the following bundles for 10% off at the in-game Store, packed with deadly content:

Rally your band of assassins and battle on reworked versions of two of your favourite maps. Take on foes in Kurak Castle Redux and Empyrean Sands, available now in matchmaking rotation (Siege).

Check out more information on the revamped maps here. 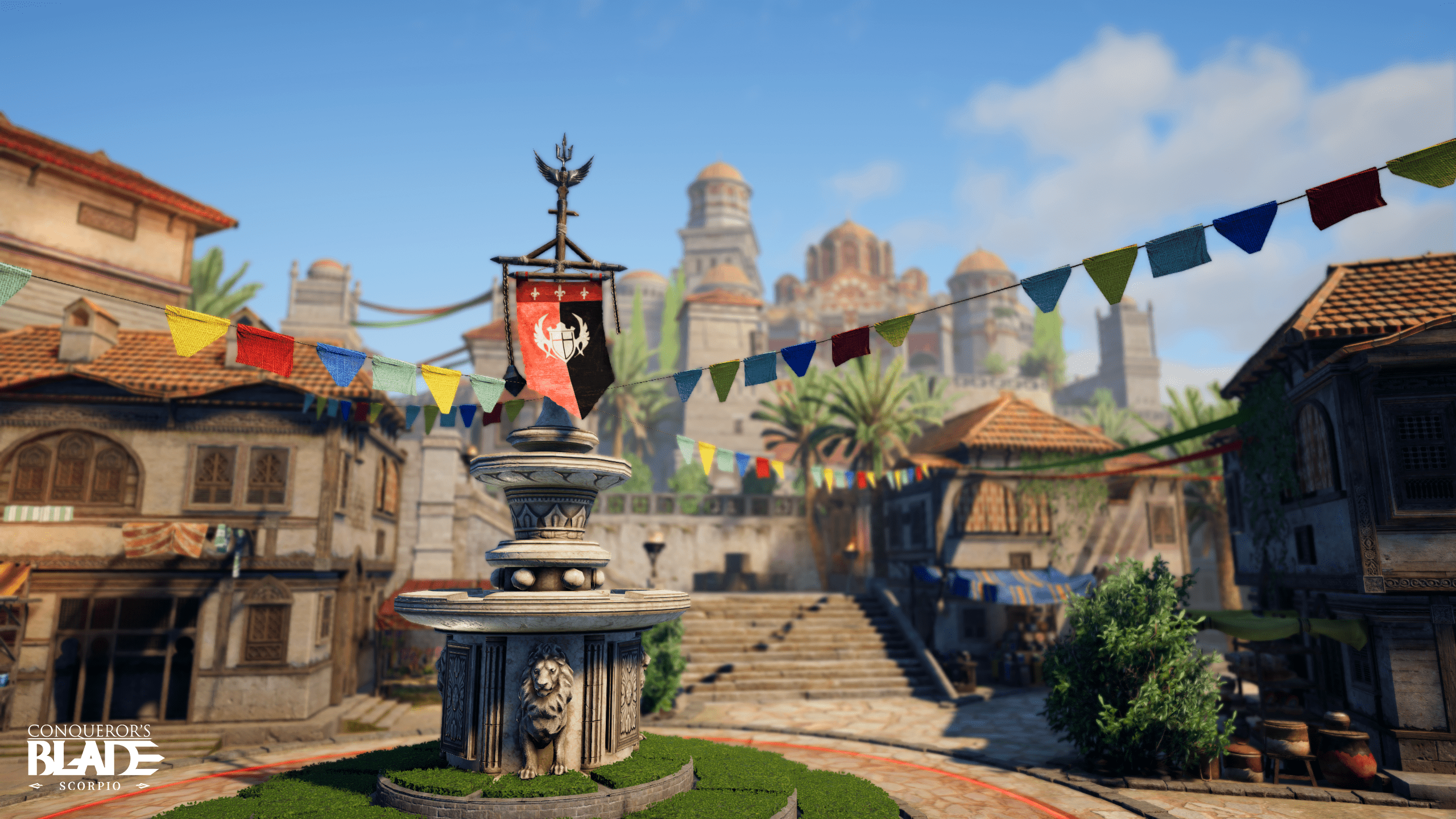 The Emperor has been assassinated. The fallout reaches the far corners of the region, and the people of Anadalou seek revenge for the slaying of their beloved leader. Suspecting his former comrade Zana to be responsible, Arun flees Reginopolis to prepare his homeland, Shahir, for war.

Prove your prowess in a brand new Seasonal Campaign and start your journey in the Borderlands or Anadolou, and play every week to follow the story and secure your standing. Battle in twice-weekly Territory Wars with your House and complete Stages to prepare for the final fight in Daicheng at the end of the Season. 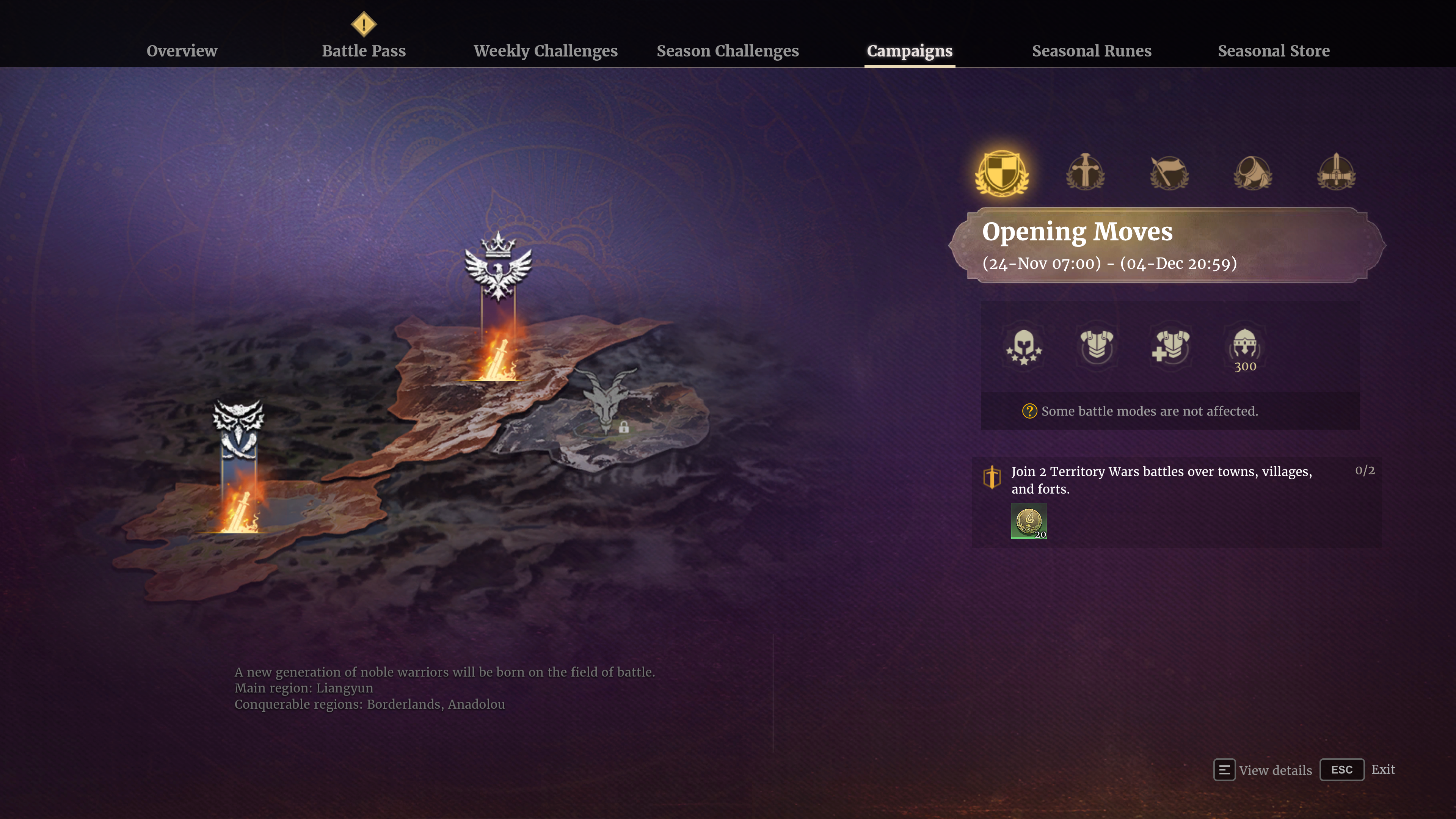 Territory Wars begin on November 26 and will be waged every Tuesday and Saturday throughout Scorpio. Participate in epic server-wide PvP battles which form the lion’s share of endgame content in Conqueror’s Blade.

Take part in Territory Wars by joining a player-controlled Free House or Alliance, or a Cohort (NPC-controlled House) and expand your empire by fighting alongside your fellow warlords via the ‘Battle’ interface or in the Open World to gain control of fiefs.

This Season, the way you’re rewarded for Territory Wars in the new Season has changed. Triumph will now be awarded based on your Battle Score—to learn more, check out the dedicated article.

To celebrate the arrival of Scorpio, special launch sales are now active in-game until December 15. Pick up the following returning Attire Chests, and dress to impress for the new season:

You can also claim one additional instant reward every day by watching for a total of one hour per day to earn a Twitch Drops Progression Bundle containing a combination of two Basic Supply Crates, two Common Honor Medals, or Lesser Scrolls of Glory.

Where to watch Conqueror’s Blade on Twitch

If you’re new to Conqueror’s Blade on Twitch, the following channels are all participants in the Content Creator Program and will be streaming Conqueror’s Blade throughout this event as their schedules allow. Remember to follow or subscribe to those you enjoy!