Conqueror’s Blade: Helheim features armour that seeks to immerse players in the full experience of Viking battles, whether you’re commanding a ferocious band of warriors or throwing yourself into the thick of it. Inspired by legends like Harald Hardrada, the pantheon of Norse gods, and so much more, the designs of Attire in Helheim vary from traditional to interpretative.

We sat down with Anton Mamhionov, Creative Director at Booming Tech, to talk through the ideas and inspiration behind the new cosmetic items in Helheim.

The Hero and Unit Attire of Helheim takes inspiration from Norse mythology and its gods, as well as the mortal Vikings themselves; what other real-life history did you take inspiration from for the design of the Attires?

We partially took inspiration from Scandinavian mythology for the design of the Loptr's Hide and Bringer of Thunder Hero Attires. Regarding the real-life history applied, we believe that Helheim’s unit attire is the best representation of it—-we used traditional historical clothing and elements to create a simple, minimalistic image of a Scandinavian Viking warrior.

Obviously, the Bringer of Thunder Hero Attire is inspired by a real-life Varangian Guard’s armour, mixed with elements that refer to the god Thor. 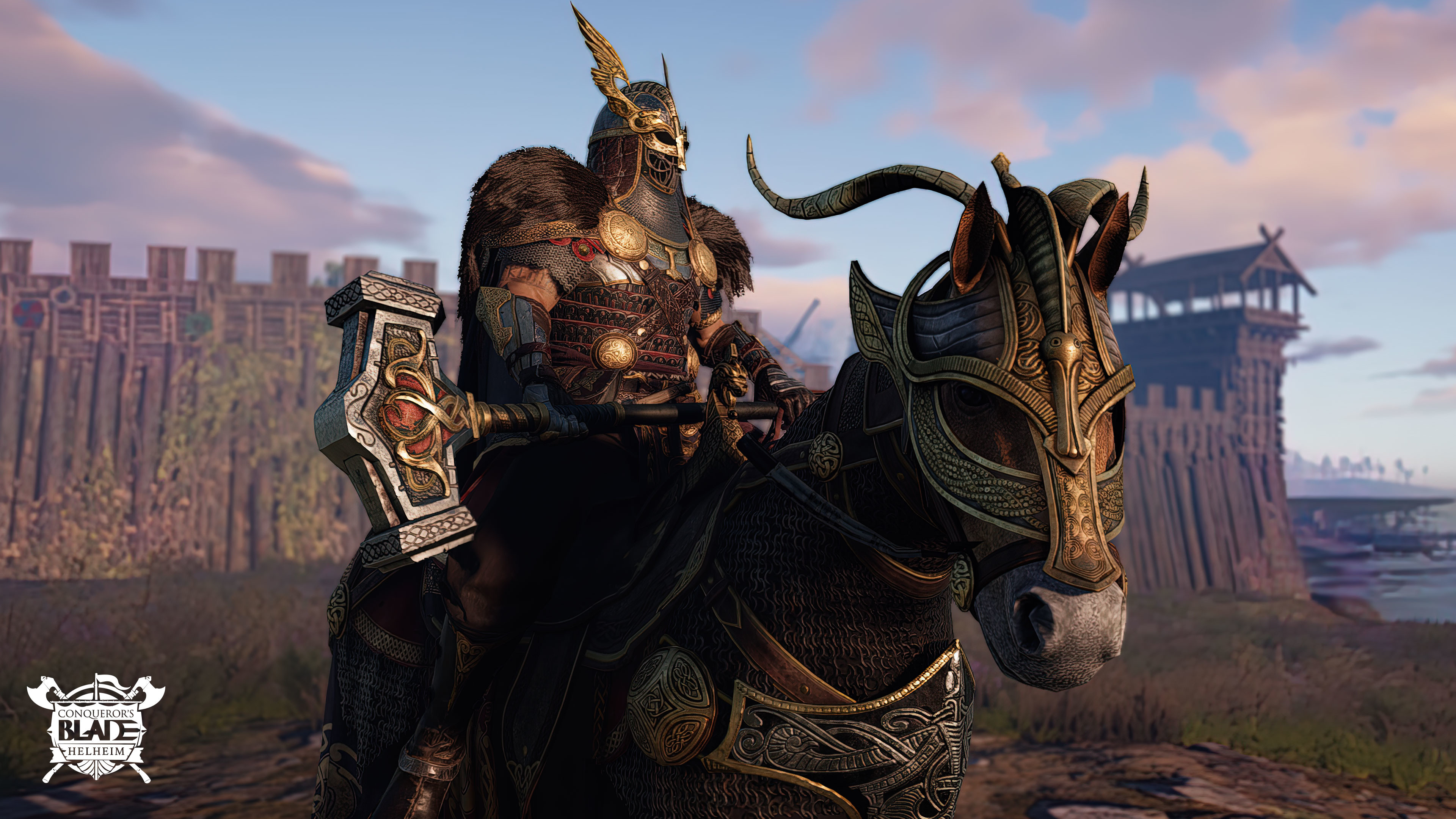 When conceptualising the Attires for Helheim, were there any specific Norse legends or Viking history you looked to for inspiration?

Many actually. Our team members are enthusiastic about researching history and mythology alongside creating fictional worlds based on those. We mostly went with historical references related to the so-called “last Viking King”, Harald Hardrada, as the main inspiration. This persona has also created a strong link to our Varangian Guards unit, as it is known that Hardrada used to be a commander of those.

The Einherjar Unit Attire is possibly the most realistic Unit Attire yet; minimalistic with no horns and mostly fabric—-why did you decide to design it this way?

Many attires in games try to exaggerate luxury or armour weight—-and our game also did it on multiple occasions because it appeals to certain categories of players. We actually had some horns and crazy armour as the first concept for this unit attire, but what’s the point?

We decided to scrap it all and decided that it would be interesting to create a simple, historically-authentic unit attire to let players enjoy their fantasy of leading a group of Vikings as they appeared back in that era, during certain battles while defending their holds.

It is one of the teams’ most favourite attires among all existing now. 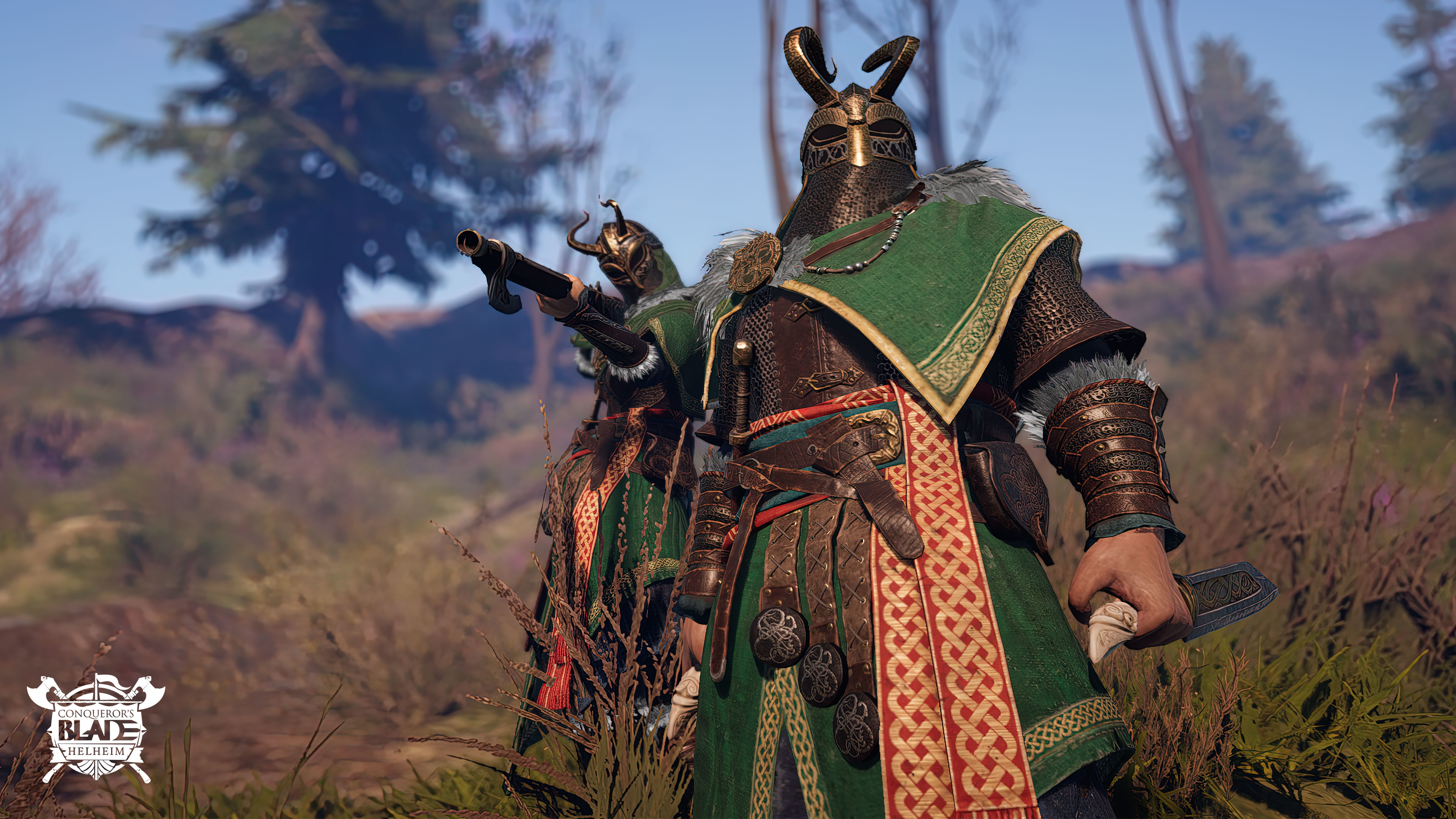 Do you hope players will feel god-like when they wear the Hero Attires in-game?

We absolutely do—-but then you reach Level 100 and do not feel like a god anymore!

Check out more behind-the-scenes peeks at Conqueror’s Blade: Helheim with our look at making a sequel season, new stormy weather effects on the reworked maps, and weapon skins