As civilisation has advanced, things like practising good personal hygiene have become a given, and we may expect ancient cultures to have neglected things we take for granted today—-such as bathing. However, we’d be wrong in that assumption. One of the most well-known and celebrated people, the Vikings, were actually incredibly clean!

Moreso than other Europeans of the time, Vikings prided themselves on keeping up appearances—literally. They took such great care to stay clean, it was almost ritualistic.

Let’s explore some of the ways that the Scandinavians kept squeaky clean.

Rub-a-dub-dub, Viking In A Tub

Vikings reportedly bathed at least once a week, blowing other Europeans out of the water when it came to hygiene. Not only this, but they even had a specific day for bathing—Saturday. In Icelandic, Saturday is called laugardagur (bathing day), with other Viking colonies’ languages following suit with lørdag in Danish, lördag in Swedish, and lauantai in Finnish.

Baths ranged from skinny-dipping in natural hot springs to taking a plunge in ice-cold rivers (depending on the season) or even visiting heated bathhouses. While electricity and gas heat was not around when the Vikings roamed, bath temperature could be adjusted by hot and cold water pipes running from nearby springs, just like famous Viking Snorri Sturluson built at his farm in Reykholt, Iceland, around 1210 A.D.

Cleanliness Is Next To Vikingness

Viking men and women were invested in practising personal hygiene, which stretched beyond just a weekly bath. Vikings combed their hair, changed their clothes, and had a morning ritual of washing their face, hands, and hair. Viking men ensured their beards were trimmed and tidy as a symbol of masculinity and were often buried with their combs.

Archaeological excavations of Viking sites have revealed objects like combs, tweezers, razors, and toothpicks to have been among their possessions. Usually made from animal bones, antlers, or metal, these personal items are, in fact, the most common finds on Viking dig sites—not swords or axes, as you might expect!

A verse from the Viking poem Reginsmol even cites, "combed and washed shall the wise man go.” 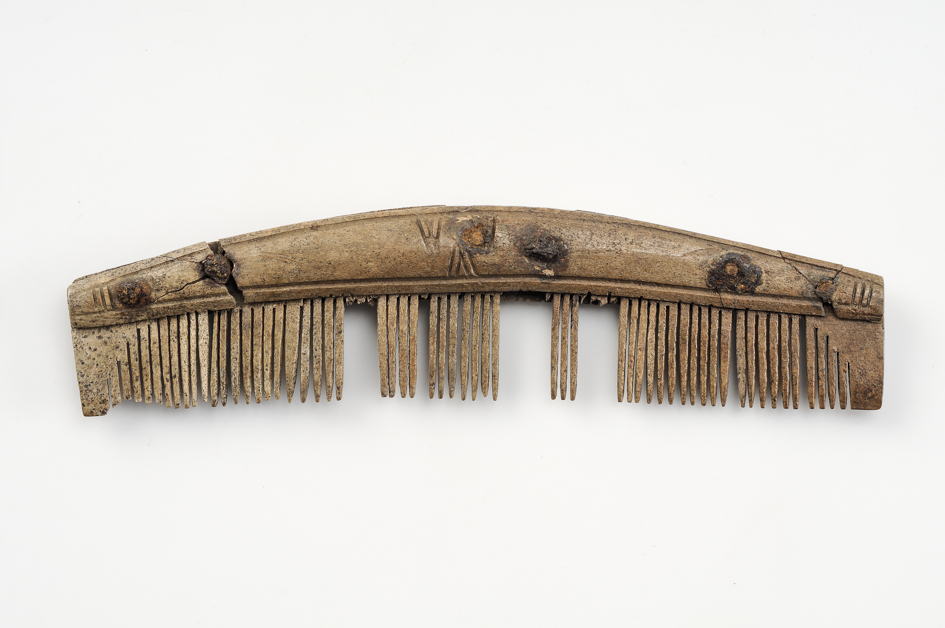 In addition to their fastidious bathing, brushing, and combing habits, the Vikings also appeared to perform dental hygiene. Many Viking skeletons have been unearthed with shockingly good teeth, even by today's standards. Historians believe Vikings used twigs to make simple toothbrushes to keep their pearly whites shining, but a low-sugar diet didn’t hurt either.

While some Viking skulls have been found with chipped or missing teeth, this is probably due to the intense lifestyle and battles they faced and not poor dental hygiene.

Waste Not, Want Not

As we’ve seen, the Vikings were pretty obsessive about hygiene, but did it extend to the outhouse? Excavated Viking latrine sites uncovered evidence that Vikings used moss as toilet paper and would even use their own expulsions to make a unique item for later use.

Touchwood fungus would be collected from tree bark and boiled in urine for several days before forming into a felt. The sodium nitrate in the urine would allow the felt to smoulder, meaning the fires set by the Vikings would last longer, and light and heat sources could be taken on the go.

Check out more Conqueror’s Tales about the Viking era with our look at festivals, the drinking habits of the Vikings, the origin of Thursday, and more!