Raise a rebellion in the ravaged Borderlands to fight back against a tyrannical new threat. Stand against chaos in Season IX: Tyranny, now available as a free update in Conqueror’s Blade!

The new Seasonal Campaign invites you to rise up against an evil Tyrant with your rebel armies, take back the devastated Borderlands, and claim epic rewards from the Battle Pass.

Where there was once peace, chaos now reigns. Choose to start your quest in the Longting region, Maoyang, or Ostaria before taking the fight to the stage for the main conflict of Season IX: the Borderlands. Taking back control of the legendary Conqueror’s City from the ruthless Tyrant is your end goal, with skirmishes waged in twice-weekly Territory Wars before the final showdown. 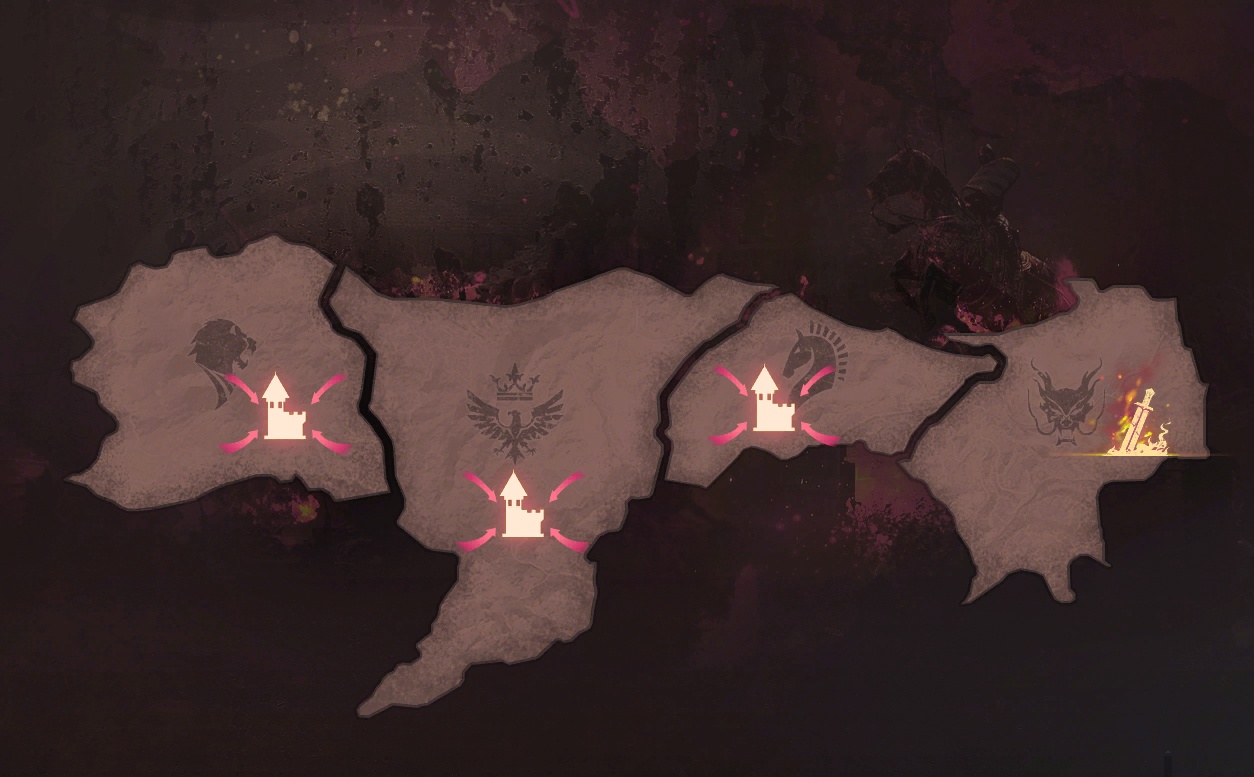 Raise a Rebellion with New Units

Three new Seasonal Units are available to unlock via Unit Challenges throughout Season IX: Tyranny, each with its own unique set of talents and abilities:

The Tyrant storms regions like a plague, and has accumulated a vast collection of stolen treasures and trophies from conquered states. Over 100 levels of Premium rewards await Warlords who complete Seasonal Challenges, accumulate Glory, and level up during Season IX. Pilfer the Borderlands for the Tyrant’s hoarded spoils of war, including the Tattered Henchmen Unit Attire, Tyrant’s Banner, Tyrannical Mount Set, Sneak (Emote), and so much more.

The Undefeated Hero Attire is available as an instant reward when you purchase the Battle Pass today from MY.GAMES Market, Steam, or in-game for 1,000 Sovereigns! The Tyrant Commander’s Hero Attire is the ultimate reward, waiting to be claimed at Tier 100. As Conqueror’s Blade is a free-to-play game, there are still many treasures to be claimed on the Free Pass too.

You can also unlock Blades from the Battle Pass to exchange in the Seasonal Store for rebel-themed weapon skins and reborn cosmetics not seen since Season V: Legacy of Fire! 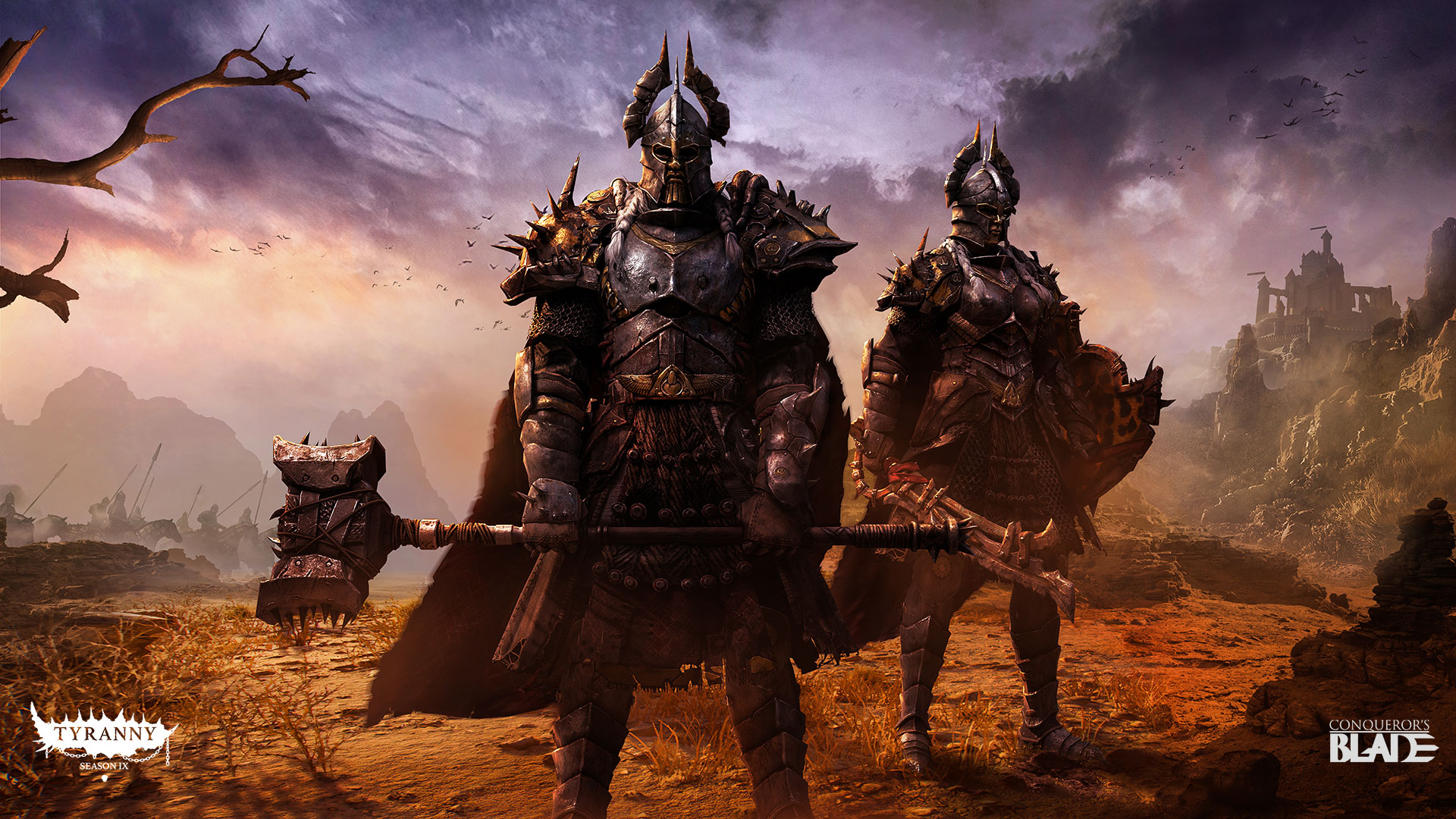 To celebrate the launch of Season IX: Tyranny, there will be special activities available throughout September and October to keep morale high for the battles ahead!

Season IX’s Territory Wars begin on September 28, and will occur every Tuesday and Saturday throughout Season IX! Heed the call to action by participating in server-wide PvP battles that form the lion’s share of endgame content in Conqueror’s Blade. Territory Wars will change for the better in Season IX, and you can read all about the changes to Prestige, Cohorts, and more here.

IMPORTANT: Territory Wars will be in Drill Mode on September 28 to ease players into the new season. The event will retain the usual functionality, but with none of the consequences. You can still attack and defend settlements, but any change in ownership will revert back to how it was before the event started. Learn more about Drill Mode here.

Season IX: Tyranny brings with it a myriad of improvements to Conqueror’s Blade. Changes to Hero Skills, Honour, Crafting, Unit Balancing and other features are coming, and you can read up about every change here before you enter the Borderlands to begin your fight against the Tyrant.

One such change is a new consumable item: the Scroll of Renewal, replacing both the Personal History and Unit Training Plans (available for the same price) and able to reset a Unit’s training or a Hero’s attributes.

The Rune system is back, allowing you to augment your loadout with sacred artefacts earned by raising your Seasonal Level!

Season IX: Tyranny’s Runes are inspired by the animal kingdom, with each one imbuing your loadout with a special attribute from a wild animal. Attach Runes to your Warlord’s weapon, helmet, armour, boots, and bracers via the Seasonal Runes tab (by pressing ‘F5’) to grant tactical improvements and special bonuses to your equipment.

The age of heroes is over - it's time for rebels!

Defy evil and liberate the Borderlands in Season IX: Tyranny, now available as a free update! If you’re a new player, we recommend starting your journey on the Anliang (EU6) server.

For more information about Season IX: Tyranny, check out the latest patch notes. New to the game? Conqueror’s Blade is available to download and play for free from MY.GAMES Store and Steam. Get the latest Conqueror’s Blade news by subscribing to the official newsletter and by connecting with us on Twitch, Facebook, Twitter, Instagram, YouTube, and Discord.