Behind the Disney adaptations, A-list voice actors, and animated dragons, the real history of Mulan and her legendary courage lives on as a story of heroism in the most unlikely of circumstances. Although many versions of Mulan’s daring decision to take her father’s place in battle have been told since its earliest iteration in 400 AD, the poem “Ballad of Mulan” is where her story began. Starting its life as an oral tradition, the legend of Mulan was passed down for a century until it was finally written down during the time of the Tang Dynasty - the era which inspired Season VIII: Dynasty!

While many versions still exist (and who could forget the timeless 1998 Disney classic retelling), allow us to regale you with our own story of the legend of Mulan. 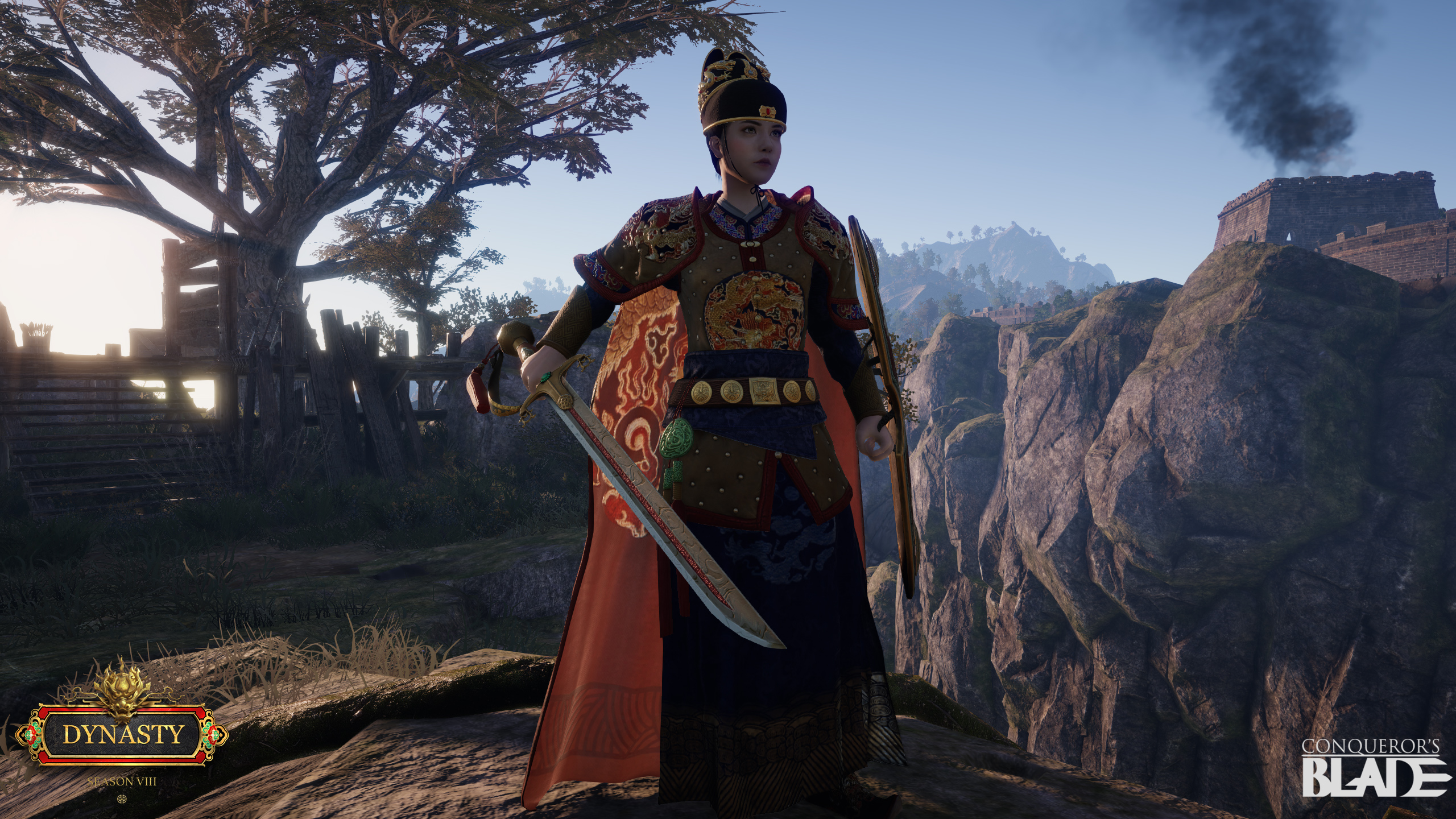 Hua Mulan was a young girl living in China, possibly even in a city like Hao Jing, during the Northern Wei Dynasty (386 to 534 AD), working the loom with no hope of adventure. But war was brewing, and the Emperor sent out conscription notices to every family - her ailing and elderly father was required to heed the call and join the military.

Fearing for his life, Mulan decided to go to battle in his place. She bought a horse from the market, and set out on her quest to become a soldier, knowing that if she were to be revealed as a woman, the consequences could be dire.

Mulan’s bravery lasted for a decade as she fought in hundreds of battles and became revered for her military prowess, all while posing as a man. When the campaign was finished, she was invited to the palace to receive honour and glory, but when the Emperor asked how she would like to be rewarded, she simply asked to go home.

Upon being reunited with her family, she appeared by the window to greet her comrades, dressed as a woman with golden yellow flowers fastened into her long flowing hair. Shock rippled among the men, who had no idea she was a woman.

Seeing this awe (and possibly disgust) on their faces, Mulan offered a metaphor.

“The male hare has heavy front paws. The female hare tends to squint. But when they are running side-by-side close to the ground, who can tell me which is male or female?"

Mulan’s story of loyalty to her father, bravery, and her eventual reveal of the truth rings true with many morals that we hold true to this day.

“The flower that blooms in adversity is the rarest and most beautiful of all.”

If Mulan were a Warlord in Conqueror’s Blade, there is no doubt she would be cemented in the Hall of Fame for Seasons to come, and would definitely not bring dishonour on her family (or her cow).

Want more Conqueror’s Tales? Check out our article on the legends of the Suns and Dragons in Chinese history, and stay tuned for more!

Community
Low-cost but not low quality!