A stubby little sword may not seem like the ideal frontline weapon, but, combined with a versatile round shield, in the hands of a committed brawler it’s almost without equal. Of course, it lacks the reach and heft of heavier weapons, but it’s a class that’s able to keep going until the job is done, and is able to operate almost as a one-person army thanks to the wearer’s heavy armour 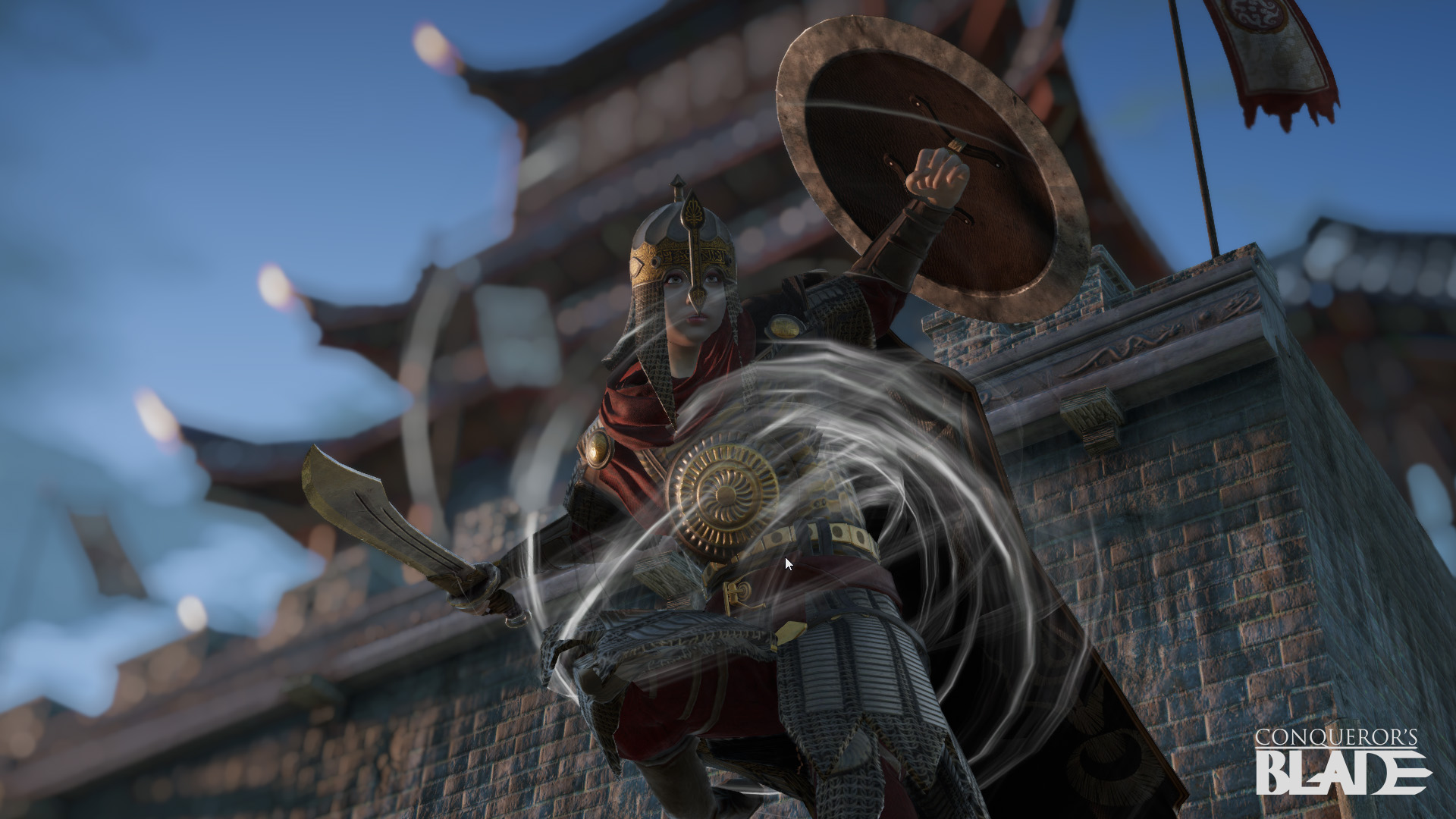 Shortsword and Shield is one of the few weapon classes where you could assign Attributes almost at random and not be too adversely affected by the consequences.

Like the Longsword, for example, you could maximise your tanking stats by favouring Armour and Toughness, although probably the former ahead of the latter, since you lack the ability to regain health from any of your skills.

Probably the most popular route for most tiny sword aficionados is to go all-in on Strength, as it’s the attribute that boosts both Slashing and Blunt damage - the two areas in which the class excels. Agility, which boosts armour penetration for the same damage types, can also be beneficial. The truth is that you don’t want to spread those points too thinly, so either go damage, go tank, or go home! 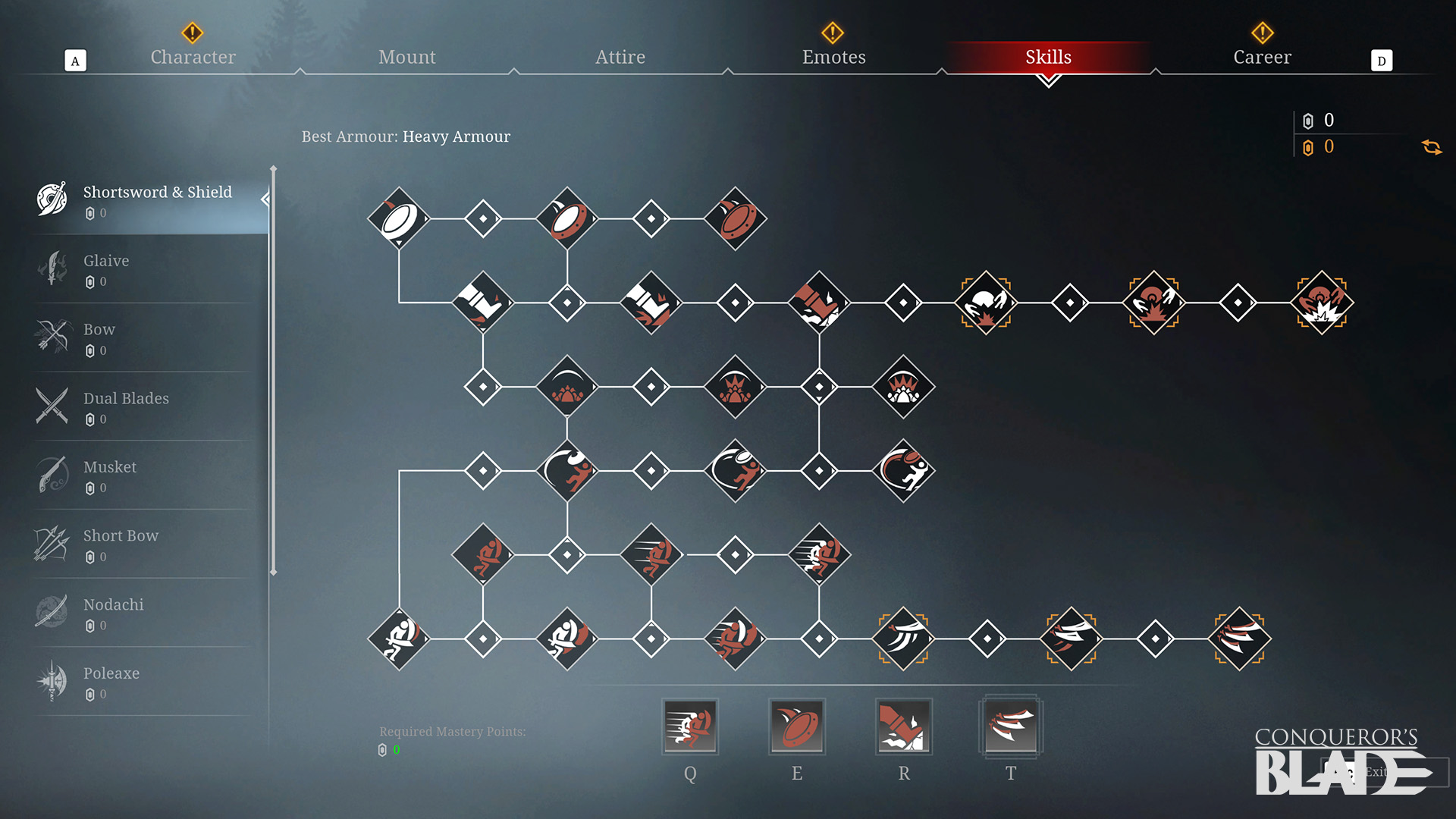 Unlike the longsword warrior probing from behind their heater shield, the Shortsword class is able to deliver a blur of furious slashing attacks, all while linking together a series of bruising shield skill strikes. It doesn’t have the most versatile set of skills, but they all deliver blunt damage pretty effectively

Shield Bash: The most damaging Shortsword weapon skill outside of the Ultimates, and one that at Rank III adds Slashing damage to the mix.

Kick: This one ticks all the boxes: Damaging, looks cool, and includes a handy debuff.

Ironsides: Delivers a decent amount of Blunt damage, but what makes this skill is the increase in your defensive stats and the removal of Daze and Confused effects.

Shielded Charge: A trio of shield attacks that can build into a veritable blunt-barrage, knocking your target down in the process.

Barricade: Guess what? Yep, another shield attack. This one does less damage, but reduces enemy blocks and attack power.

Throw Shield: Not the most potent attack ability in the Shortsword arsenal, but surely one of the coolest as it lets you use your shield as a frisbee. Best of all, it always comes back! 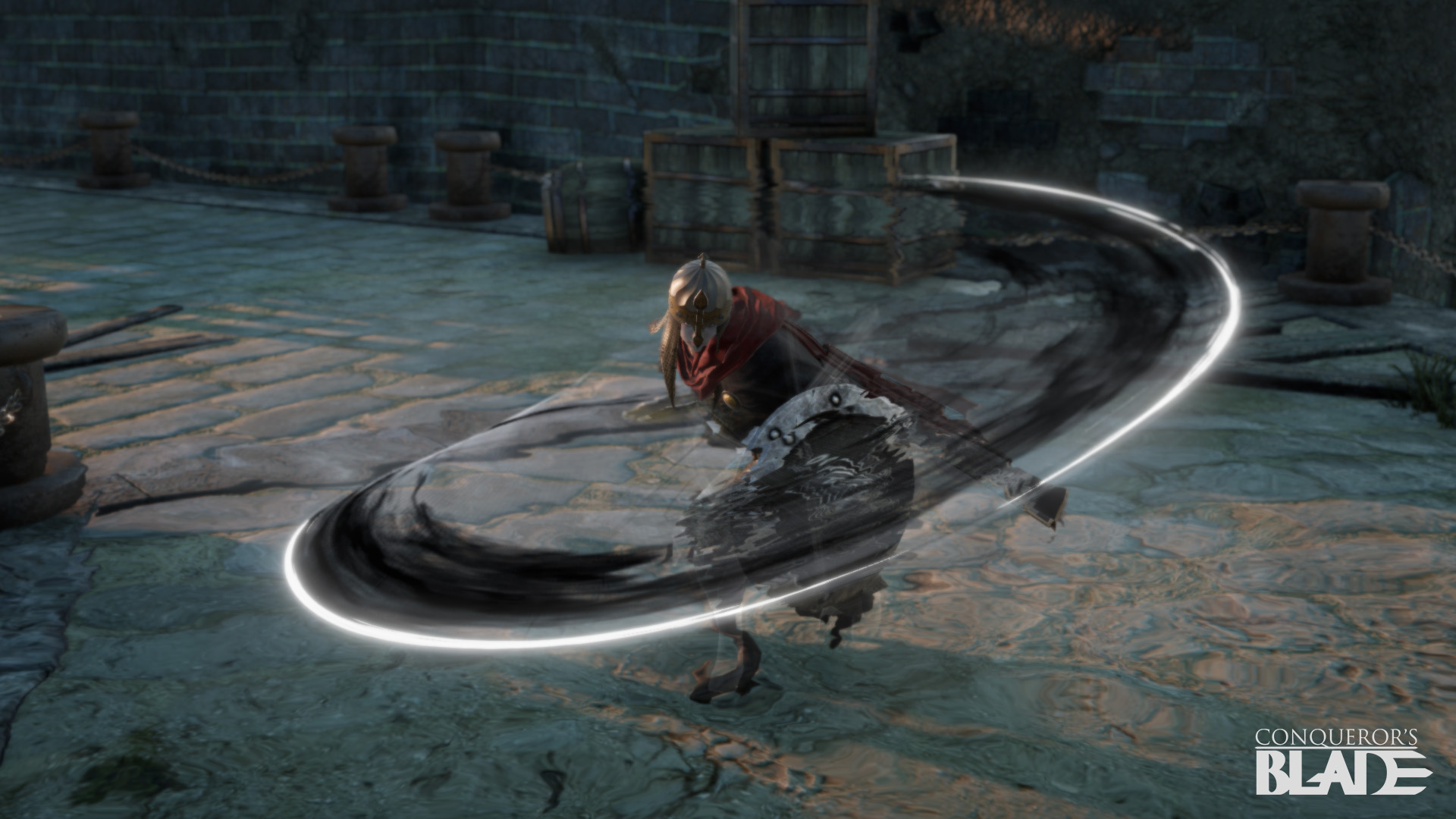 Your choice of Ultimate Skill will depend on whether you favour the delivery of Blunt or Slashing damage.

Thunderstruck: If you want to make a good first impression, you could do a lot worse than opening with this ultimate shield bash. It starts with a forward leap, delivers a Blunt pounding and should end with your enemy flying through the air. Great versus rigid unit formations.

Centurion’s Battle Drill: Not the most focused of attacks, but if you want to wade into the enemy with all your proverbial guns blazing, this whirling Slash attack will leave enemies reeling in your wake. 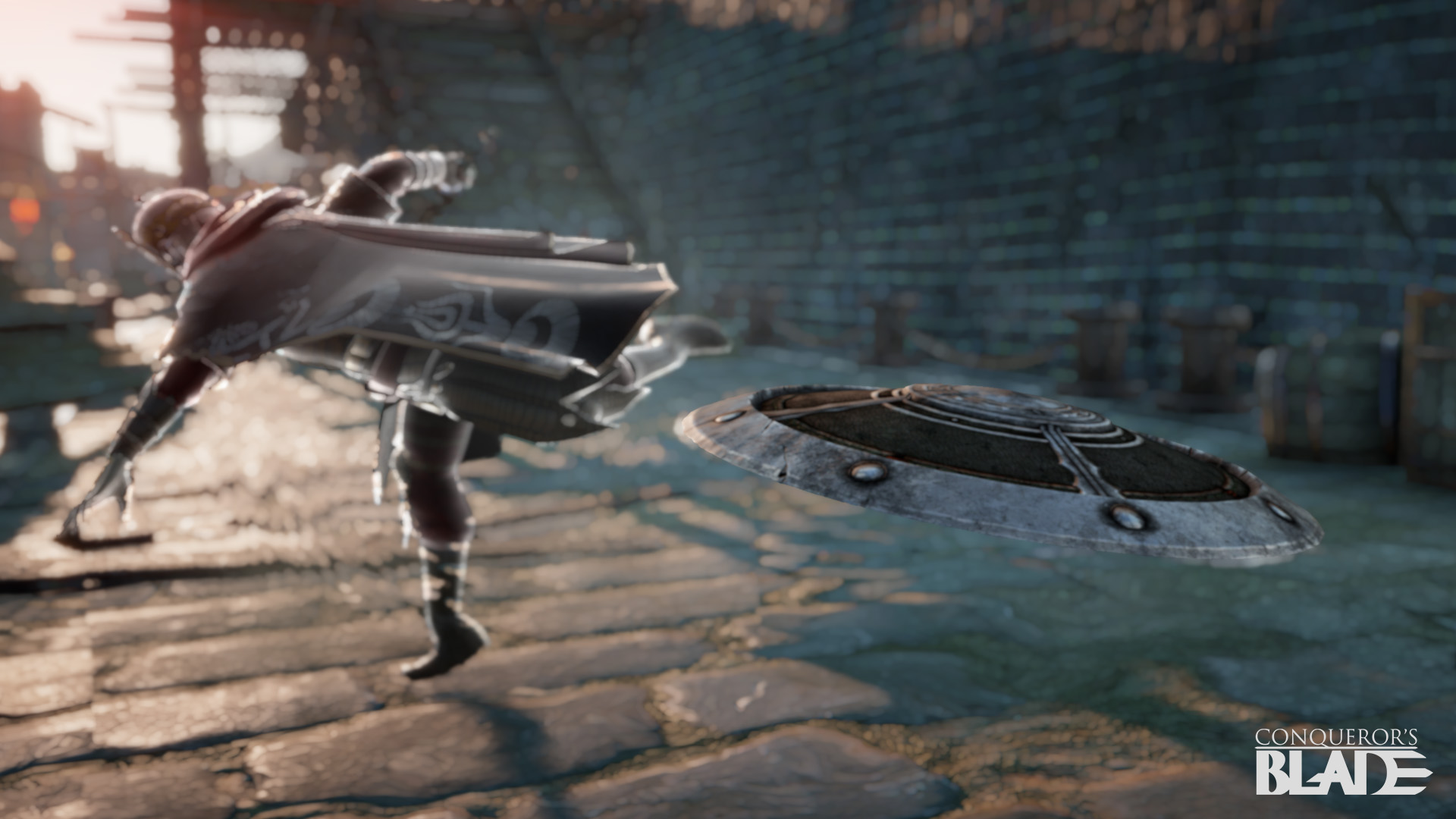 General
Summer is just around the corner, and so too is a very special birthday...