There’s no shortage of units that specialise in coming to the aid of stricken Warlords and fighting to protect them from enemy onslaughts. What sets Armiger Lancers apart from other bodyguard units is their speed and impact.

The second unit to be released as part of Season VI: Scourge of Winter, this Promoted Unit excels at charging over the proverbial hill at the eleventh hour. It can then disappear over the horizon just as quickly, causing no small amount of mischief along the way.

You first need a unit of Yeomen to promote. You will receive one after completing the first stage of Season VI unit challenges. After Stage 3 you will receive the Armiger Lancers Promotion, which will allow you to promote your Yeomen to a unit of Armiger Lancers. The new unit will carry over all Unit XP and its level and doctrines, while Veterancy Points will be returned. You can read more about Promoted Units here. 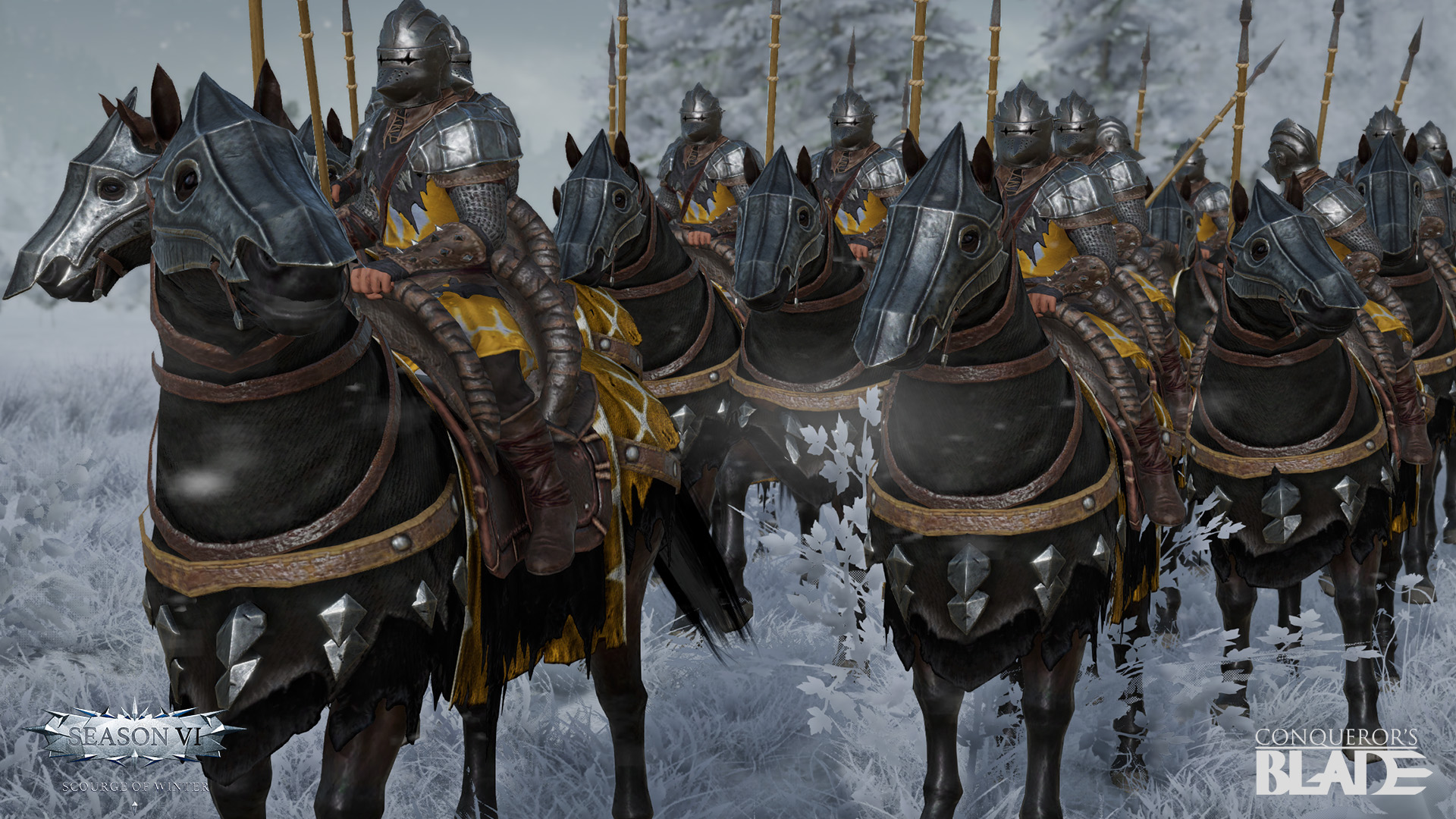 Promoted Units have so far offered improvements across the board when compared to a base unit’s stats. In the case of Armiger Lancers the improvements are more modest, which is made up for by a significant increase in the unit’s Health Attribute. This is to be expected, given that the unit specialises in hit-and-run strikes against overwhelming odds to hopefully save a warlord from an unwanted respawn. This more specialised role is reflected in the unit’s Cover Commander and Gallop Orders. However, should Armiger Lancers be engaged longer than anticipated, the Heavy Armour and Undying Service Traits, combined with their boosted Health Attribute, should provide enough steeliness to see a battle through. 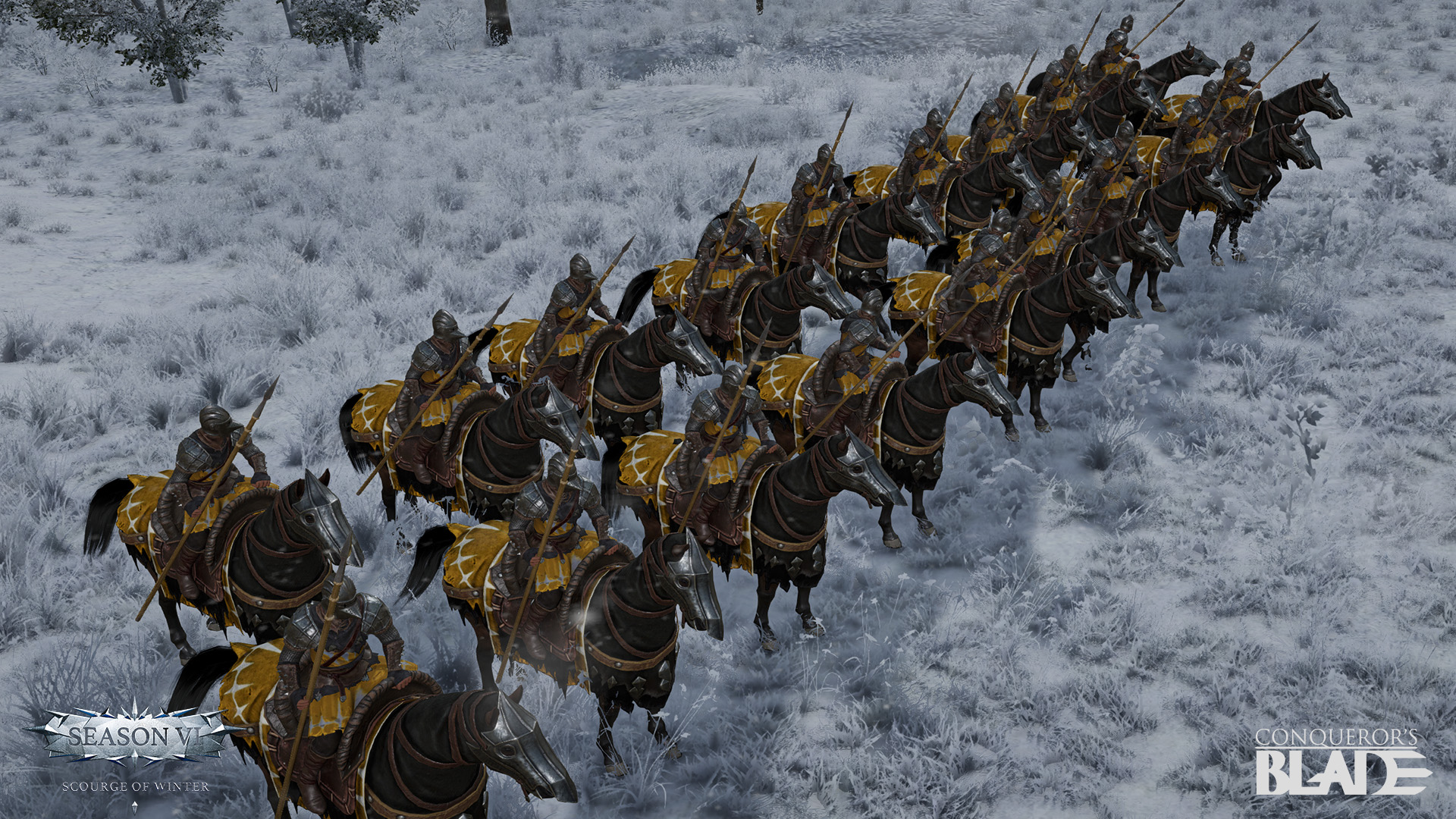 Armiger Lancers have a maximum unit level of 18, with Veterancy Points investable across two branches. Both extend the unit’s attacking attributes in different ways: The top branch offers more offensive options by increasing mobility and weapon penetration, while the lower branch affords the unit more protection and an increased rate of self-healing. Fight harder or fight longer, in other words! 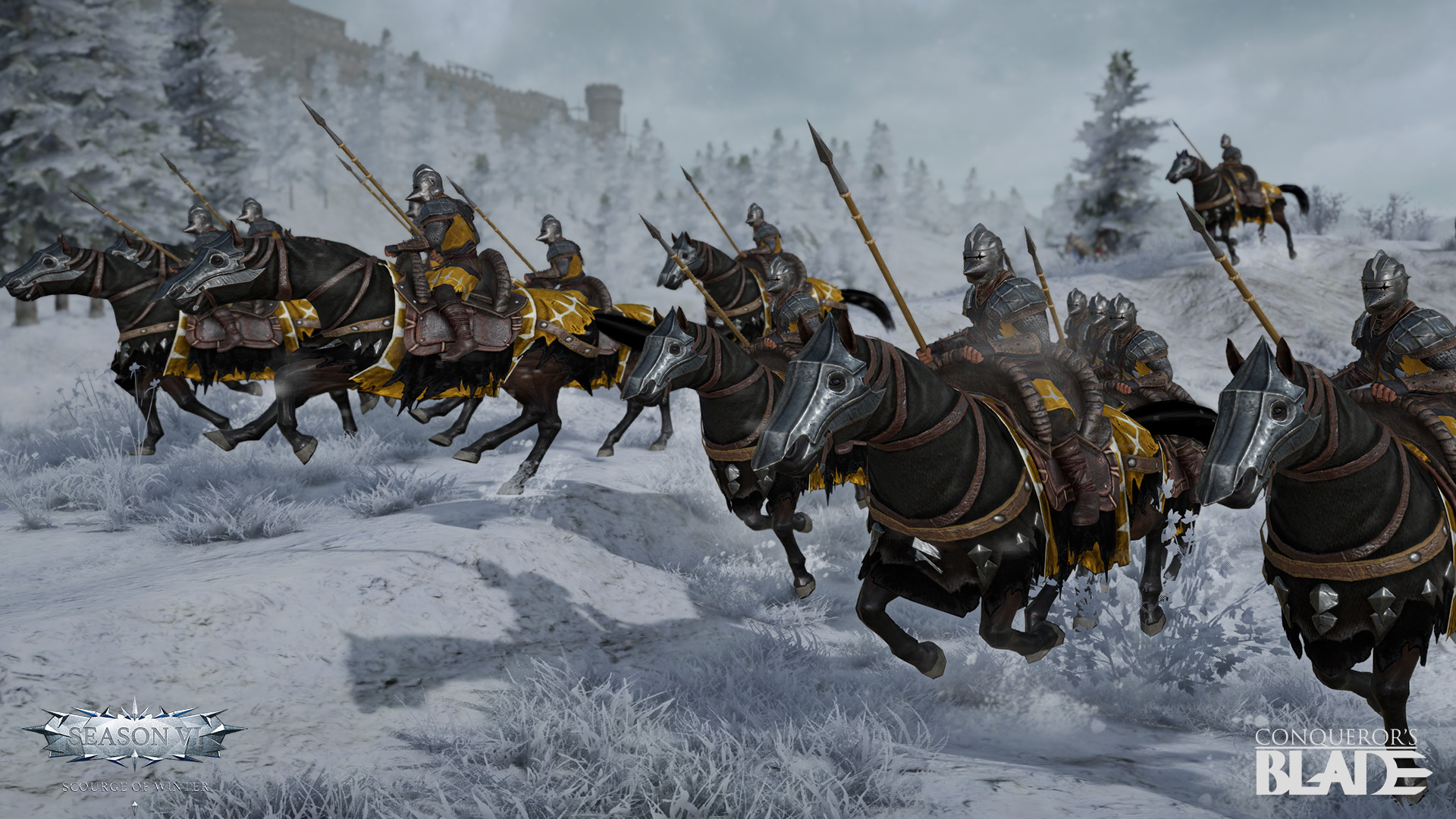 Gameplay
It’s time to find out where you really stand!