As we move beyond the confines of the recent Siege Tests and look forward to the expansive in-game guild features of the Conqueror’s Blade “House” test, we thought we’d offer an insight into how players groups will be created and administered in-game. 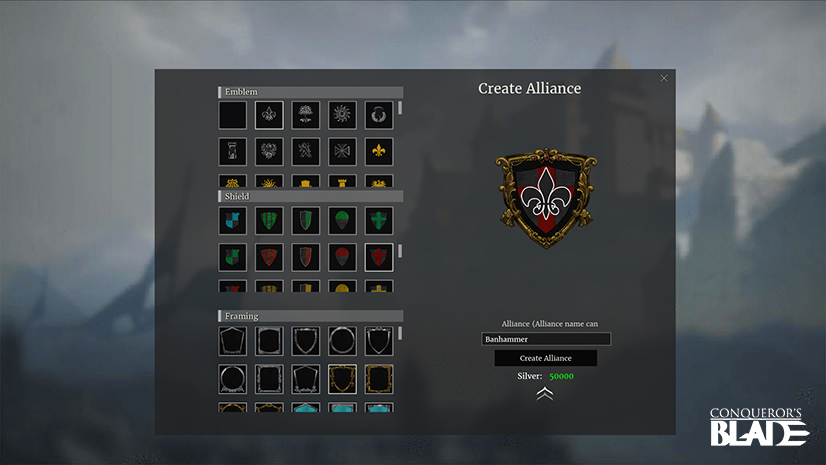 There will actually be two types of groups that players can join in Conqueror’s Blade: Houses and Alliances. If you’ve dabbled in our web-based Guild Hub, you’ll know that Houses are like your typical in-game guilds, offering a relatively small band of players a structure akin to that of a medieval baron and their extended family of loyal courtiers and knights.

Via the in-game actions of their generals and warlords, Houses can fight to control provinces, manage its resources of ore, wood and food, and administer the affairs of local settlements under its control. Whether a House seeks to remain staunchly independent or enters into informal treaties with other groups, as and when it suits them, is entirely a matter for its leadership. However, if the leader of a House wants to take things up a notch, they can create or join an alliance, within which the so-called “Ruling House” (which is to say that house that founded the alliance) will inevitably seek to dominate affairs in typically feudal fashion. 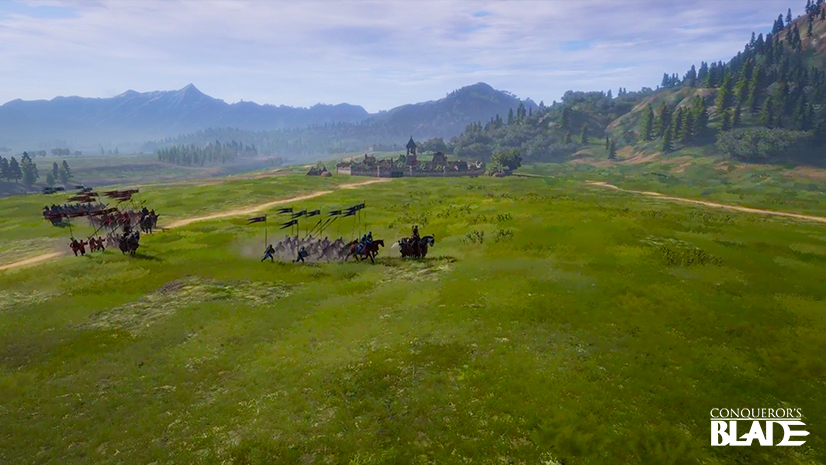 With Conqueror’s Blade being a multiplayer game, there are obvious benefits to being part of a House. With the right people there’s kinship, obviously, but there are also huge tactical and strategic benefits that go beyond the security of numbers. House members will have shared access to greater resources to replenish lost troops and produce supplies and can develop tactics and plan for future campaigns. Plus of course they can campaign together, come to one another’s aid when ambushed and share the spoils of war. However, the individuals within a House will almost certainly have to share the costs of a painful defeat as well as contribute significant weekly resources to maintaining the territorial integrity of the House. In Conqueror’s Blade, loyalty can be an elusive and expensive resource! Friendships and cooperation might not be so readily available in an Alliance, but the scale at which the group can feasibly operate is that much larger; creating different tensions but with potentially bigger rewards for those who prefer to retain some measure of independence. Because of their potential size and the fact that generals will be able to join alliances as “solo” warlords (allowing them to profit more from their holdings as Alliances cannot – in the current design – levy taxes), members will face distinct challenges from those in a close-knit House. Alliances are likely to be more loosely governed and difficult to motivate, but should an effective leader be able to harness the potential, the forces available to them will be that much more imposing.

Conqueror’s guide to wagons and caravans

Gameplay
When armies march on their stomachs, you need to know how to keep them rolling.