A new Emperor sits on the throne in Reginopolis, and peace reigns in the Queen of Cities. Emperor Hadrianus inherited his rule from his father, the Sultan, and rules with a soft touch. As unrest and dissatisfaction among his subjects grows, so too does his eagerness to gain favour among his subjects through entertainment rather than intimidation.

Having ordered the restoration of the Colosseum and declared the return of the Gladiator Games, a bloodsport that once entertained the people of the ancient Aquiline Empire, his subjects rejoice in spectating the most brutal sport known to man. 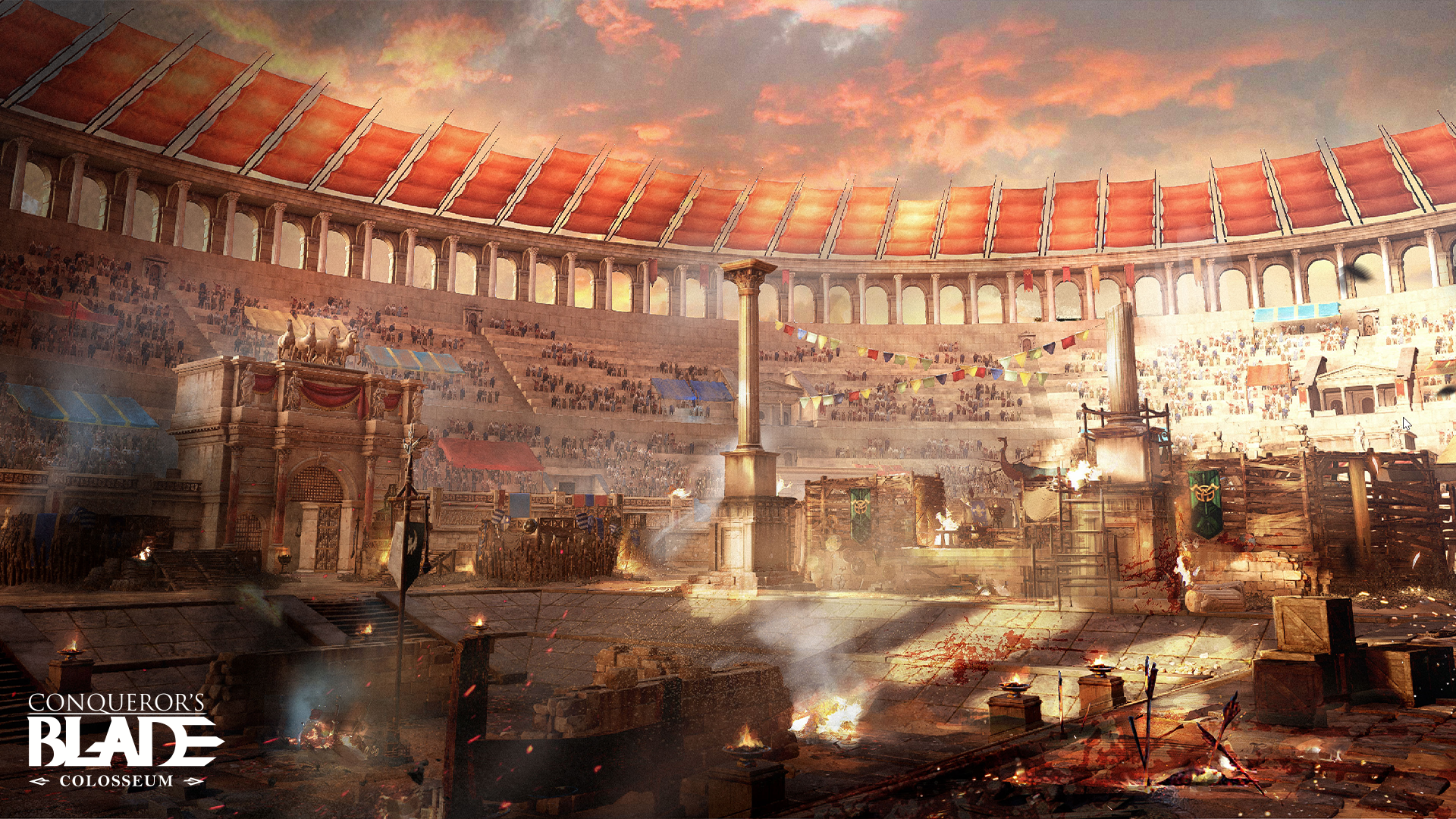 Heroes step up to the plate to fight the best of the best in the Gladiator Games, and warriors from distant lands take up arms. As crowds rush to the fortress city to witness these future champions clash in brutal melee battles, shadowy forces conspire to move against the Emperor.

Vengeful scheming from a shifty conspirator and an unseen uprising fester beneath the surface of the fortress city, and the Emperor’s grip over Reginopolis is loosening by the day…

The story continues in the new Season’s Weekly Challenges and lore! Survive the Gladiator Games and rise to glory in Conqueror’s Blade: Colosseum when it arrives as a free update on September 1.