Soundtrack vocalist Julie Elven (Horizon Forbidden West, League of Legends) not only provided us with stunning vocals in the Cinematic Trailer for Conqueror’s Blade: Helheim alongside Colm McGuinness, but was kind enough to sit down with us to talk all things music. 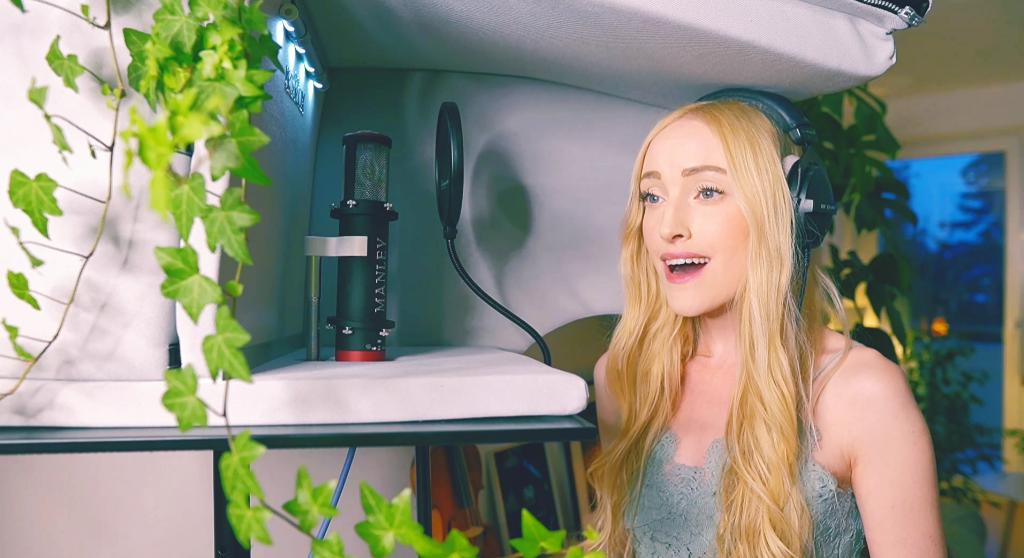 When did you realise you were such a talented vocalist?

Thank you so much! I didn't grow up in a musical family, but my mom loved to sing around the house. My two sisters and I would imitate her, filling our home with music. This way, I was continually surrounded by singing without the initial judgment that many kids experience about their own voice in childhood, which I think really helped me to discover singing as something natural. I learned to play the piano and violin as a child, started composing and eventually discovered recording software as a young adult, which blew my mind!

Do you still remember the first time you sang on stage?

When I was a kid, it felt way more natural and easy to go on stage and perform at piano and violin recitals, probably because of the relaxed and natural approach to music that my family had. Over the years, I became more self-conscious and developed a fair amount of stage fright. For many years, I used to think of myself as more of a studio musician, until I started performing video game music with different orchestras around Europe and got more and more into it. Now, I absolutely love performing and deeply cherish these concert moments! Singing live has given me some insane experiences, like being a soloist with Hollywood composer James Newton Howard, and performing at The Game Awards last year. Nothing comes close to connecting with an audience, and their energy and emotions in person.

You performed at The Game Awards last year. How did you feel on that world stage compared to other live performances?

It was such an honour and felt pretty surreal! Being on stage with composer Lorne Balfe and flute legend Pedro Eustache, as well as The Game Awards orchestra, was an experience I still can't properly put into words. It felt amazing to sing Promise of the West, a piece by wonderful Joris de Man from the Horizon Forbidden West soundtrack. Singing for a live audience is an intense experience in itself—-the performance being broadcasted to millions of people made this even more mindblowing.

It was also my first performance in the US, so I needed to obtain an artist visa. Anyone who has been through the O1 visa process knows that it can be a quite stressful experience. Thankfully, with lots of preparation, sweat and a huge team effort, everything worked out and we could go ahead with the performance. I'm still super grateful to Geoff Keighley, his team, and Sony / Guerrilla for making this possible.

We’re familiar with your work on many different video games, are you a gamer yourself? If so, what do you like to play?

As a kid, I used to play Tony Hawk games and The Sims, but was never a huge console gamer. Thanks to my partner, I'm currently discovering my love for console gaming and absolutely love diving into Destiny 2, Journey and Horizon Forbidden West. I have to admit that in Horizon, at the beginning of figuring out the controls, my Aloy seemed a bit drunk and disoriented, with me letting her crouch in the toxic red blight etc. Playing much smoother now! 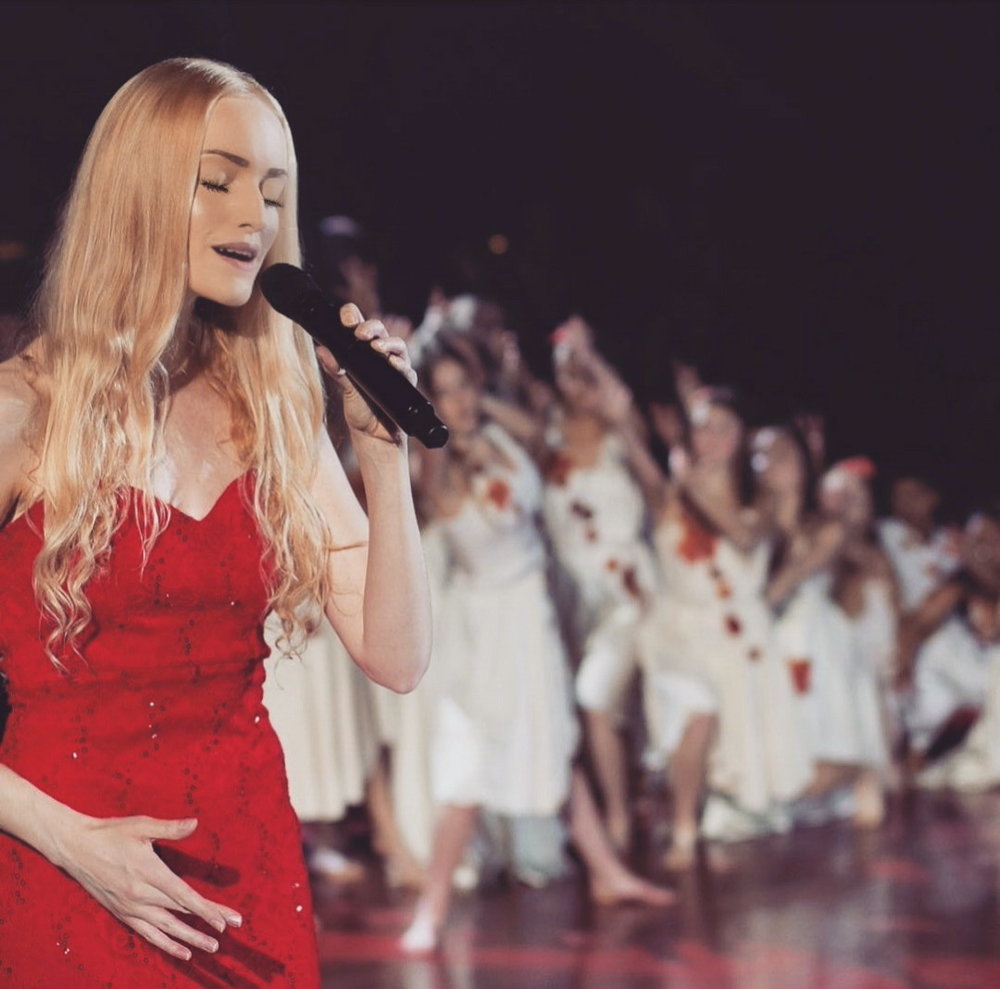 You contributed vocals to the Cinematic Trailer for Conqueror’s Blade: Helheim, a Viking-inspired season. Are you a fan of Vikings?

I'm deeply fascinated by ancient Nordic styles of music, for example, performed by Wardruna, Einar Selvik, and Eivor. In the current cinematic trailer, Colm McGuinness performed his Old Norse part with such raw emotion and artistry, I truly loved it.

Your voice, along with that of Colm McGuinness, helps us set the story and atmosphere of the Cinematic Trailer. What do you hope players feel when they listen to that music?

The prevalent theme of the trailer was about revenge and taking back power, so we wanted the listeners to feel the energy of the warriors. I loved composer Epson Wu's music for the cinematic, and Colm brought the emotion across so powerfully and beautifully with his voice. My vocal part in the trailer was adding a female element to the voice of revenge, similar to Nemesis, the Greek goddess of revenge.

Was this your first time singing with Colm, or have you worked together before?

We've actually worked together before! I met Colm while searching for a male Viking-type vocalist for a specific project that I can't speak about yet. I'm so glad that we connected, he has such unique vocal qualities, it's insane. His timbre, technique, interpretation, and professionalism are incredible. It was such a cool moment when we both found out that we would be working together on the Conqueror's Blade cinematic.

You and Colm have a knack for bringing strong emotions out in music. How do you use your voice to tell stories, sometimes even without lyrics?

While using lyrics or fantasy languages in other projects, in this one I am vocalizing—-lyricless singing where the emotion and meaning are conveyed through the voice itself. As there are no lyrics or words, just soft syllables and vowels, the voice becomes similar to an "instrument" within the score. While I love working with lyrics, it also feels really special to bring the emotions of a piece across like this.

Do you think music is important in shaping stories in video games?

Absolutely! Music is a messenger that can convey the feelings, history, and identity of a character, and sets the atmosphere of a cutscene or area in the game. It helps to communicate emotions to the player. For example, in collaboration with the composer team of Horizon Forbidden West, I used both a stronger chest voice and a softer head voice, to express Aloy's strength but also vulnerability and heart.

What kind of music do you enjoy listening to?

My music taste is very diverse. I love listening to soundtracks, but I'm also a big metalhead, enjoy mainstream pop music, and Bachata / Kizomba music (I love dancing in my free time!).

Is there anything you’d like to say to your fans and players of Conqueror’s Blade?

I hope you guys enjoy the new season! The team put so much effort, energy, and creativity into it—-super excited for Helheim.