There’s no new map this week, so we thought it the perfect time to go back and profile some of the more popular sites of conflict - with an aim to build up a library of tactical guides for all of the maps in Conqueror’s Blade. We start (or should that be re-start), outside the dry dusty gates of Kurak Castle.

While the plans and intentions for it are lost to the sands of time, it’s clear to many that the purpose for Kurak Castle was to serve as a status symbol for its owner, rather than as a base of operations for any serious military force; to help police the nearby trade routes, but little else other to impress passers-by. However, despite its strategic inefficiencies, Kurak Castle is a deceptively tricky proposition for any attacker to contemplate. In an era of history where long-drawn-out sieges are rare, Kurak’s poor access to resources and its distant local population are of little concern to would-be defenders, making in an effective short-term redoubt when under quickfire assault - but one that is eminently conquerable when the right tactics are employed.

Although surrounded by an imposing landscape of mesas and buttes, Kurak Castle itself is situated on a featureless plain, where the only places an attacker can find cover is behind wooden palisades. The map is also notable for allowing engagements along both sides of the castle as well as it’s front, which, together with it’s widely-spaced ladders and siege towers, means the attackers have a wide front to consider and a lot of terrain to cover should a change in tactics be necessary. However, once breached, Kurak Castle can fall remarkably quickly. Thanks to a compact layout where lanes regularly intersect, a final assault could prove decisive if well-timed. Go too early or if left too late, however, then the defenders might doggedly hold the inner sanctum. 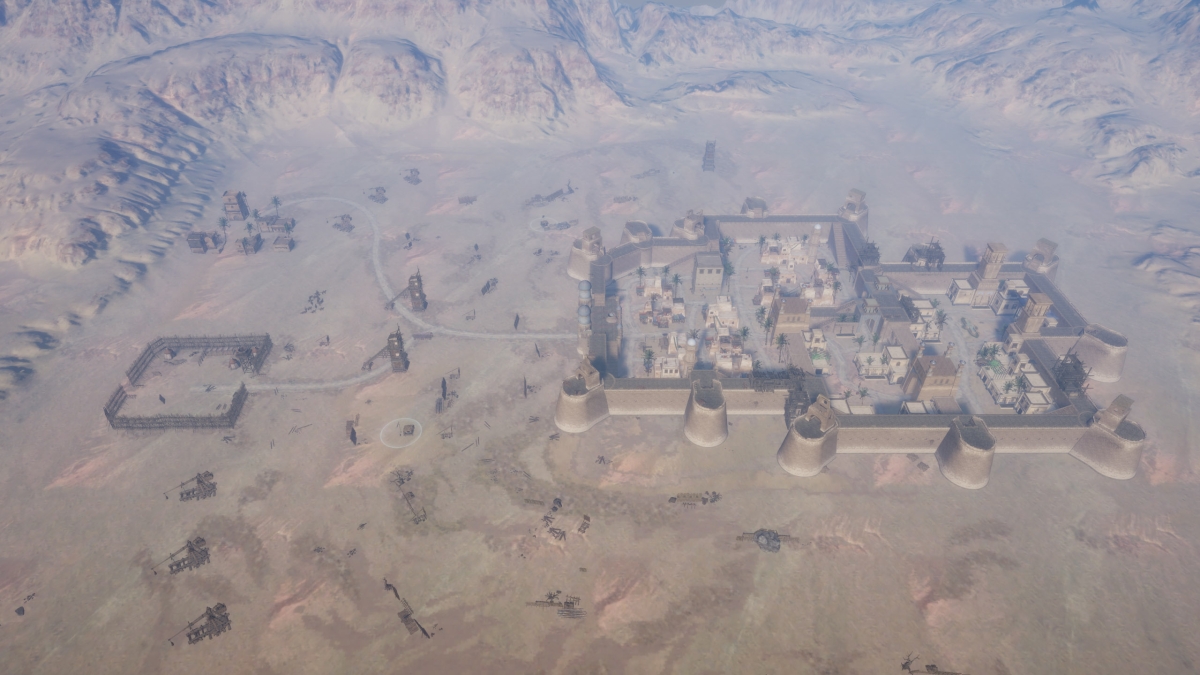