Countless cultures around the world used the written word to convey emotions, tell stories, and circulate important ideas. As many socio-economic developments took shape in Medieval Europe (including France), it was the perfect time to pen epics that captured the moment in time; in doing so, this also gave rise to many great authors and poets.

One of the most celebrated writers of this era was Jean Bodel, who categorised French literature into three distinct types; the Matter of France, the Matter of Rome, and the Matter of Britain. The most well-known of these creations included epic poems named ‘chansons de geste’ (songs of heroic deeds). Most early chansons de geste are anonymous, but tell relatable and moral stories to their audience. The oldest and most famous of these is The Song of Roland (circa 1098, by Unknown), seen by many as the national poem of France.

Charles the King, our Lord and Sovereign,

Conquered the land, and won the western main,

Now no fortress against him doth remain,

No city walls are left for him to gain,

Save Sarraguce, that sits on high mountain

The poem consists of an impressive 291 verses, of which the above is an excerpt from the first. The tale explores the eternal battle between good and evil and marks the beginning of the First Crusade to the Holy Lands of the 11th century.

Hundreds of these manuscripts still exist today, dating from the 12th to the 15th century, and give us a glimpse into how the written word was passed along and consumed by readers so many years before. 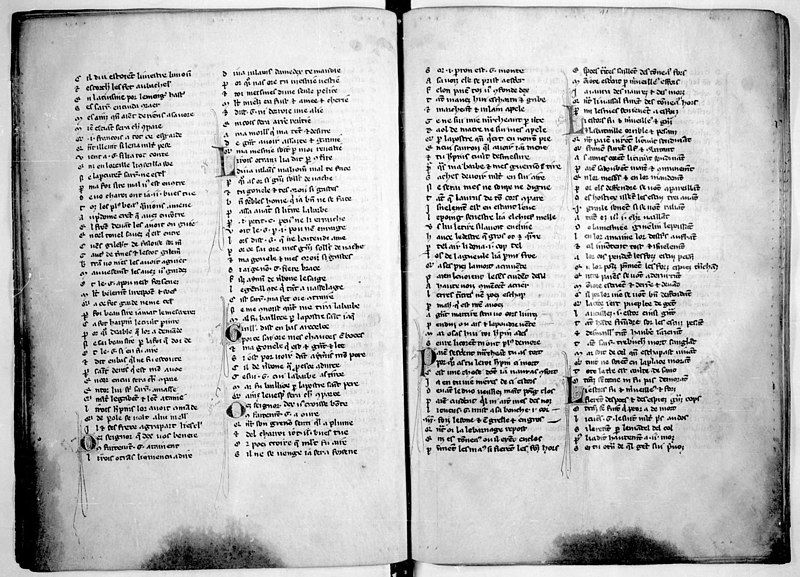 The first lines of Prise d'Orange Folio 41 of manuscript français 774 in the Bibliothèque nationale de France (12th century, by Unknown)

The people of Pays-de-la-Gloire would undoubtedly have consumed these forms of media to pass along stories of heroism, loyalty, and chivalry of the great warrior-seer Gabrielle-Mäelys and her devoted army to the generations to come.

Immerse yourself in French history with our Conqueror’s Tales, and learn about everything that inspired the people and culture of Paragons, from their flavorful food to the valiant Joan of Arc.

10 Classic Deals of the Month Available until April 18!