In the Scots’ fight for freedom from the English, the groundwork laid by William Wallace set the stage for Robert the Bruce to take arms and continue the cause. Wallace resigned as Guardian of Scotland after his loss at the Battle of Falkirk, and Robert took on the mantle; reinvigorating the efforts to place a Scot on the throne once more.

Born in 1274 AD, Robert the Bruce grew up in an affluent household as the son of an Earl and a Countess, a life of glory laid out before him. It wouldn’t be long before he took up the cause for Scotland’s true independence from England. Despite John Balliol sitting as the King of Scots, King Edward I of England continued to subjugate Scotland and undermine their king.

Statue of Robert the Bruce in Aberdeen

When Edward raised his immense army and invaded Scotland in 1296, Balliol abdicated after a crushing defeat at both Berwick and Dunbar and was imprisoned in the Tower of London. Edward then inducted his English lords to rule Scotland.

One peculiar thing to note about Robert the Bruce is that he actually swore an oath of fealty to King Edward I of England, but this would last for less than a year before Robert joined the revolt against him.

“We fight not for glory, nor for wealth, nor honour but only and alone for freedom which no good man surrenders but with his life”.

Robert the Bruce, while remembered as a great hero, wasn’t without his flaws, and harbours a complicated and dark past. His intentions and actions may be seen as honourable, noble, and even legendary, but Robert had to do a great many things that would be considered villainous to ascend to the throne. One of these was murdering his rival, John “the Red” Comyn in 1306. The Comyns and the Bruces were rivals for the ages, and both had set their sights on the crown. John and Robert were already sharing the title of Guardian of Scotland, and neither wanted to continue this trend when it came to becoming royalty (a claim they both believed they had a right to).

Robert the Bruce arranged for a meeting with John the Red Comyn, where a “business” discussion quickly turned into violence, and Comyn was struck down. Robert himself did not deal the final blow (his men tended to that), but he was directly responsible for his death. Some historians view this as usurpation, while others claim that he was left with no choice in the matter if he wished to propel Scotland to glory.

A mere six weeks following Comyn’s death, Robert was crowned King of Scots, and the true fight against the English could begin. Defeating the English forces at every turn and reclaiming castles all over Scotland, King Robert I set his sights on a battle of epic proportions, one that would become synonymous with his fight for freedom—the Battle of Bannockburn.

On June 23, 1314, Robert the Bruce led his band of Scots towards an advancing English cavalry, where the king subjected an English Knight named Henry de Bohun to a brutal slaying by axe, whereupon his men rushed the English troops, forcing them to retreat.

On the second day of battle, defeated from their previous day of shameful combat, English morale was low as they crossed into Bannockburn. Outnumber four to one, the Scots surrounded and slew them in great numbers, causing Edward to flee, and the battle to be lost for the English. This David and Goliath battle resulted in the immediate retaking of Stirling Castle by Bruce, and this unlikely victory for Scotland eventually led to the Treaty of Edinburgh–Northampton in 1328 where Scotland’s independence was recognised, and Bruce’s right as ruler acknowledged. 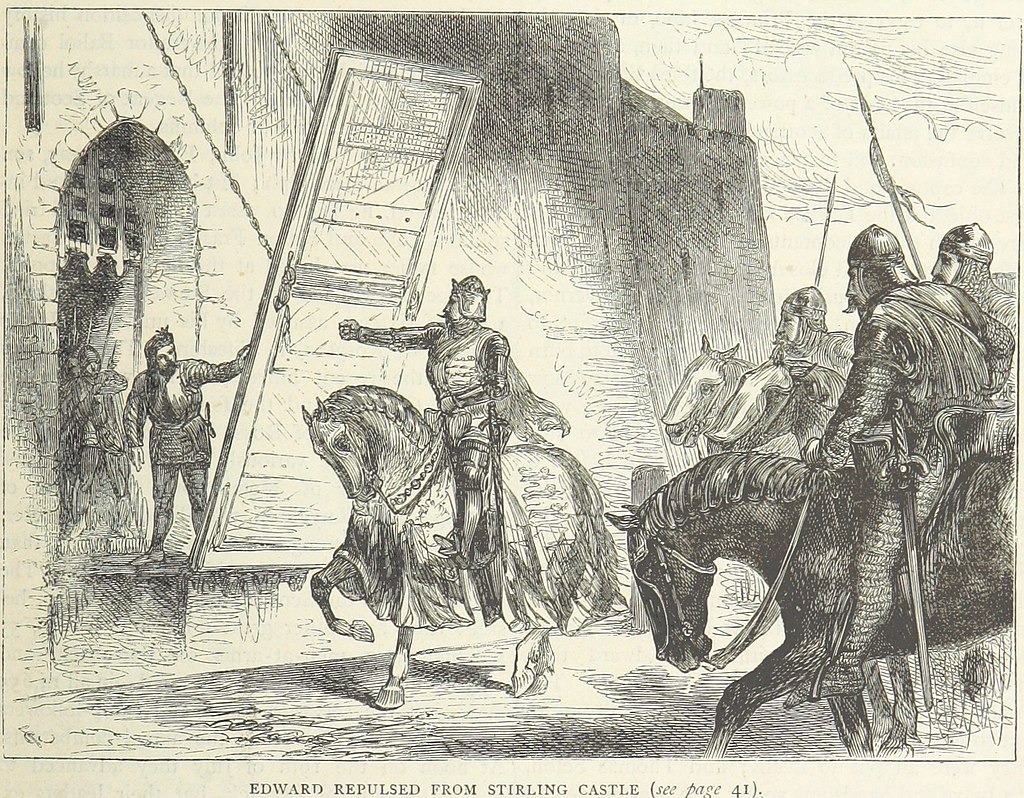 A drawing depicting King Edward being refused entry to Stirling Castle following the Battle of Bannockburn. From the “British Battles on Land and Sea” (1873)

While Bannockburn wasn’t the be-all and end-all of Scotland’s fight for sovereignty, it marked the start of a historic change for the country, and cemented Robert the Bruce as the legendary hero he has since become.

The fight for freedom is still ongoing for the clans in Season X: Highlanders, and you can join the campaign with brand-new units including the fearless Claymores, who we think Robert himself would have been proud to take into battle.