Keep up to date on Conqueror’s Blade with the latest news and events. Check out what’s happening in January as we embark on a brand-new year with special events and big surprises to come this month!

Cry freedom in Season X: Highlanders! Unite the clans and recruit warriors from the far reaches of the Highlands, including the morale-boosting Bagpipers, greatsword-wielding Claymores, and the animal-handling Houndsmen (coming soon!).

Venture into a new Seasonal Campaign and ascend the Nobility ladder in the Battle Pass to earn over 100 levels of Premium rewards.

Stand with the sons and daughters of the Highlands in their fight for freedom with this free update, available now in Conqueror’s Blade.

Territory Wars occur every Tuesday and Saturday throughout Season X beginning on January 4, and participation in these server-wide PvP battles is essential if you crave more action! Join a player-controlled Free House or Alliance, or a Cohort (NPC-controlled House) to take part before the Season ends and earn epic rewards.

Can’t wait to get your creative juices flowing in 2022? Well, you won’t have to wait long, as on January 15 you can let your artistic talent show on your very own face with a Face Paint Contest! Stay tuned for more info.

We will also announce the winners of the Yule Bread Contest on January 14, so check back to see if your perfect pastries have won a prize!

Join the Community Team on the official MY.GAMES Conqueror’s Blade Twitch channel every week, with streams scheduled to start at 17:00 CET throughout January! Tune in for giveaways, trivia, or simply to watch your Community Managers become Community Manglers as we meet you on the battlefields! 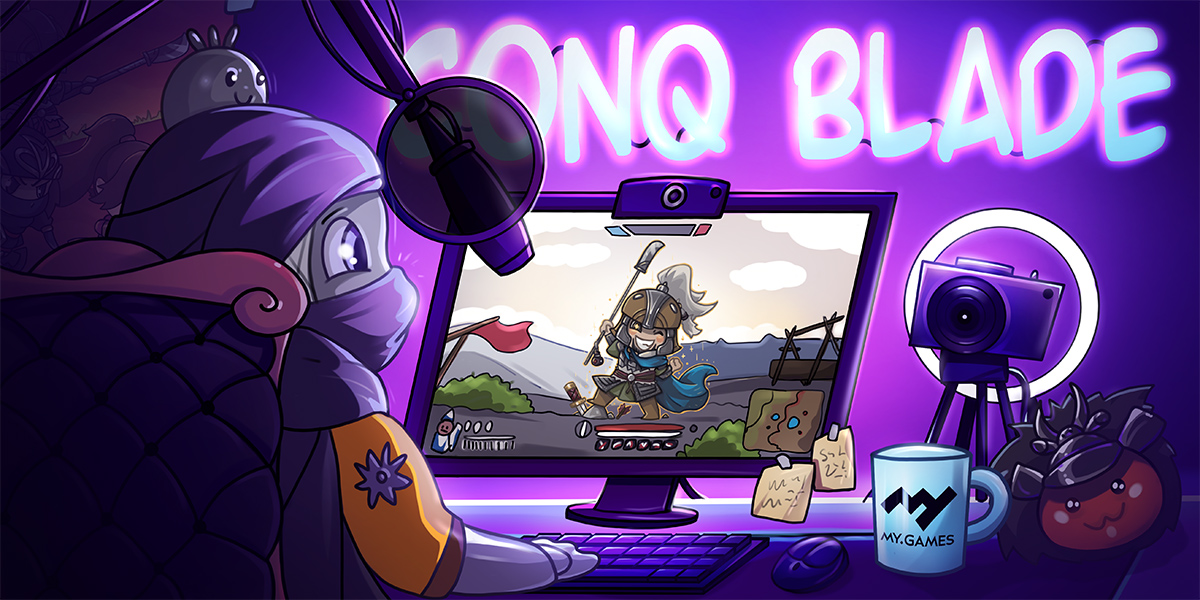 Don’t forget to tune in on January 26 for a very special event—trust us, you don’t want to miss this!

More information will also be arriving this month about the details of the international CBL Champions match-up where our victors will battle it out on the global stage—stay tuned!