When the first snowflake falls, celebrations begin for millions of people worldwide. Winter may be cold and brutal, but it’s never stopped many cultures from heralding all kinds of diverse occasions throughout it. Food, friends, and fun are all on the menu as we explore some very special frosty feasts and frolics from history and the wider world!

Have you ever sat down to scoff a plate of delicious chocolate Yule log and wondered; where did this delightful dessert come from?

To answer that question, we have to go back in time to around the 5th or 6th century and the origins of Yule. A Pagan celebration, Yule was a midwinter festival celebrated by Germanic peoples in honour of the Norse God Odin. It was observed between December 21 and January 1 and existed to mark the changing of nature during the colder season, as well as being a chance to give thanks to your favourite gods and goddesses.

Although not quite celebrated in the same way in modern times, present-day Pagans will keep a fire burning to symbolise the shortest day of the year (December 21) until the sun rises again—bringing us to the Yule log itself!

Yule logs are gifted then placed on a hearth, and it’s considered unlucky if the wood needs to be relit. Sitting around the burning log, it’s traditional to tell stories and play cards.

When Yule logs became a festive delicacy, however, is somewhat unknown, but they are thought to be a French invention (Bûche De Noël).

Saturnalia has a nice ring to it

Saturnalia was an ancient Roman festival honouring the god of sowing and seed—Saturn. Initially celebrated on December 17 (and later extended through to December 23), Romans would close up shop (including all business and schools) and spend their hard-earned time off at huge public feasts, gambling, gift-giving, and partying, all while in the presence of a statue of the guest of honour, Saturn himself.

One particularly interesting part of Saturnalia was role-reversal. Slaves would switch with their masters, eating their banquet and being served by them, or even dining together. Saturnalia also provided an opportunity for slaves to disrespect their masters with no repercussions, a concept the Augustan poet Horace called "December liberty".

But how would one greet a fellow celebrant? Why with the salutation “io Saturnalia” of course! Typically exclaimed following a public feast, this shout would celebrate the day nice and loud. 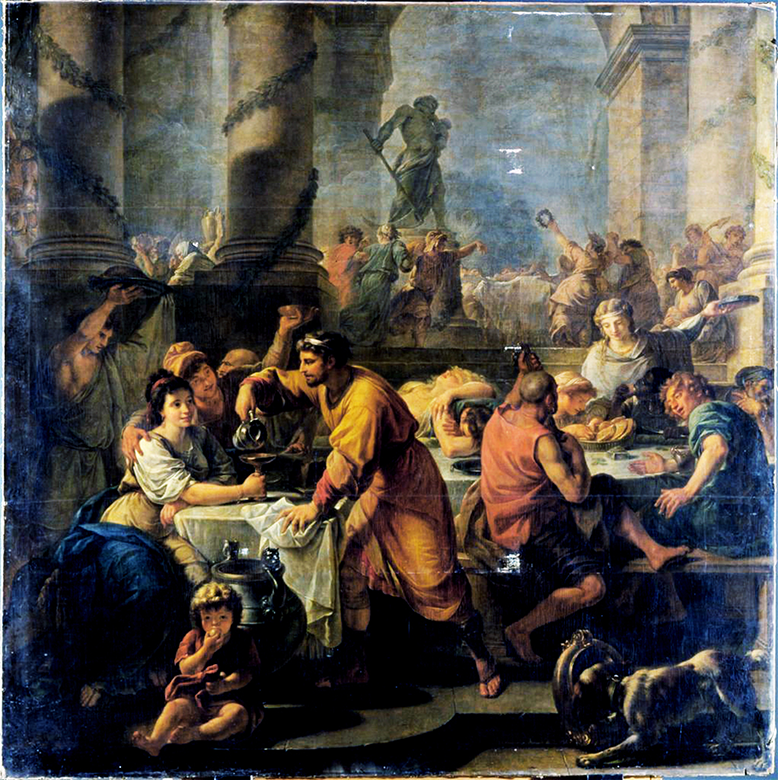 Simply having a wonderful Christmas Time!

Now we arrive at possibly the best-known wintertime festival—Christmas!

The origins of Christmas as a Christian holiday observed on December 25 date back to the 9th century, and of course, the celebration of Jesus’ birth (which is thought to have actually been way before that).

Now typically marked with extravagant gift-giving, eating until you can’t move, a peculiar chimney-enthusiast named Santa Claus, and avoiding your in-laws, Christmas is for everyone who chooses to celebrate it and may now be as secular as it is Christian.

Whichever festival you choose to observe (or not!), we wish you the happiest of holidays from Conqueror’s Blade, Odin, Saturn, and Santa.

Discover the Sounds of Scotland with the Season X Playlist!