There are many exceptional Units in Conqueror’s Blade that can be considered iconic. These intrepid warriors charge into battle and make all the difference between their commanding Warlord’s victory, or their defeat.

The Pike Militia has been voted one of the most iconic Units by Conqueror’s Blade moderators and community managers, due in no small part to their incredible veterancy line, which enhances their combat proficiency. This Chivalric Era Unit has been brought into battle 434,859 times by players worldwide and annihilated a total of 41,241,695 enemy soldiers (all-time)!

The 2-Star Pikemen Unit may not seem like much at their base level, but they are invaluable and essential to many players’ builds. At a reasonable cost to buy and maintain, their leadership of a mere 110 makes them easy to recruit, and they prove their worth on the battlefield. At their minimum skill level, the Pike Militia may not seem that powerful, but put some effort into upping their Veterancy and you’ll see their potential soar. This Unit can learn how to stun foes as well as hit multiple attackers. Doctrines raise their skills even higher, eventually turning them into a formidable force.

Real-life pike-wielding bands of fighters grace the history books regularly, and were especially present in Ancient European and Asian armies, using their long reach to wipe out swathes of attackers and absorb damage. 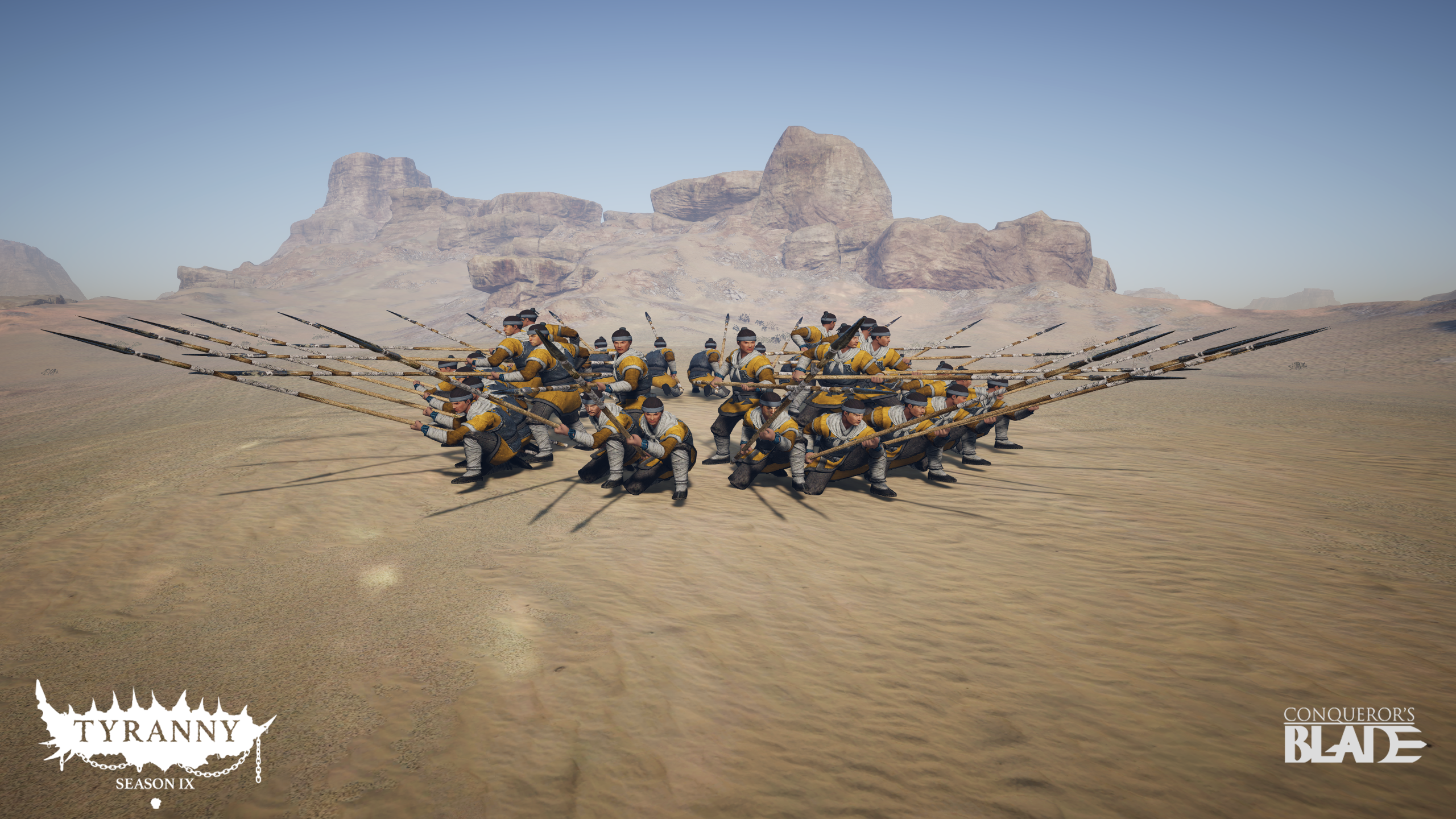 In Conqueror’s Blade, the Pike Militia can contend with even the strongest of cavalry Units with their Stand Firm Order, stopping any charge in their path, while also possessing the Swamp trait, increasing damage inflicted to enemies on horseback and reducing the movement speed of enemies.

Get to grips with the latest melee fighters to join Conqueror’s Blade scene in Season IX: Tyranny - the Axe Raiders.