Once Maintenance has concluded, we will be mailing an Iron Reapers 7 day contract to all Warlords. 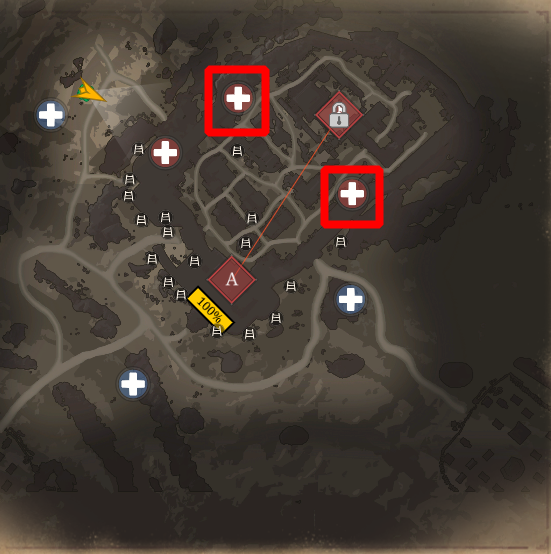 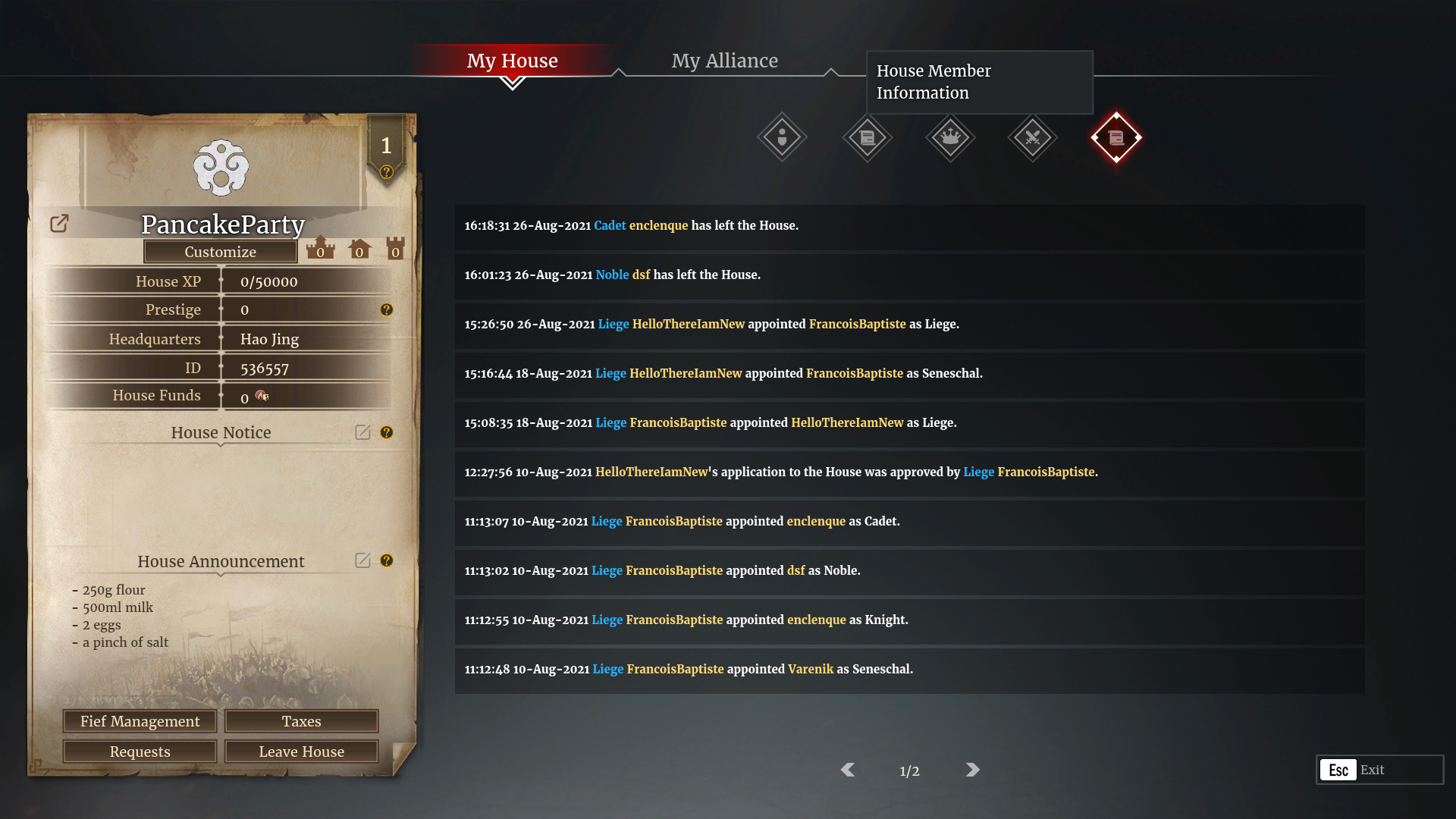 With its unique battle style and mechanics, the Pike will ensure to bring greater diversity in combat to the battlefields of Conqueror’s Blade.

Warlords must undergo challenges to show they are worthy of wielding this new weapon; these challenges can be found in the Seasonal Menu (F5).

If you have pre-ordered either the Pike Jiangjun or Pike Shifu Class packs, you will still need to head to the Seasonal Menu to activate your pack. 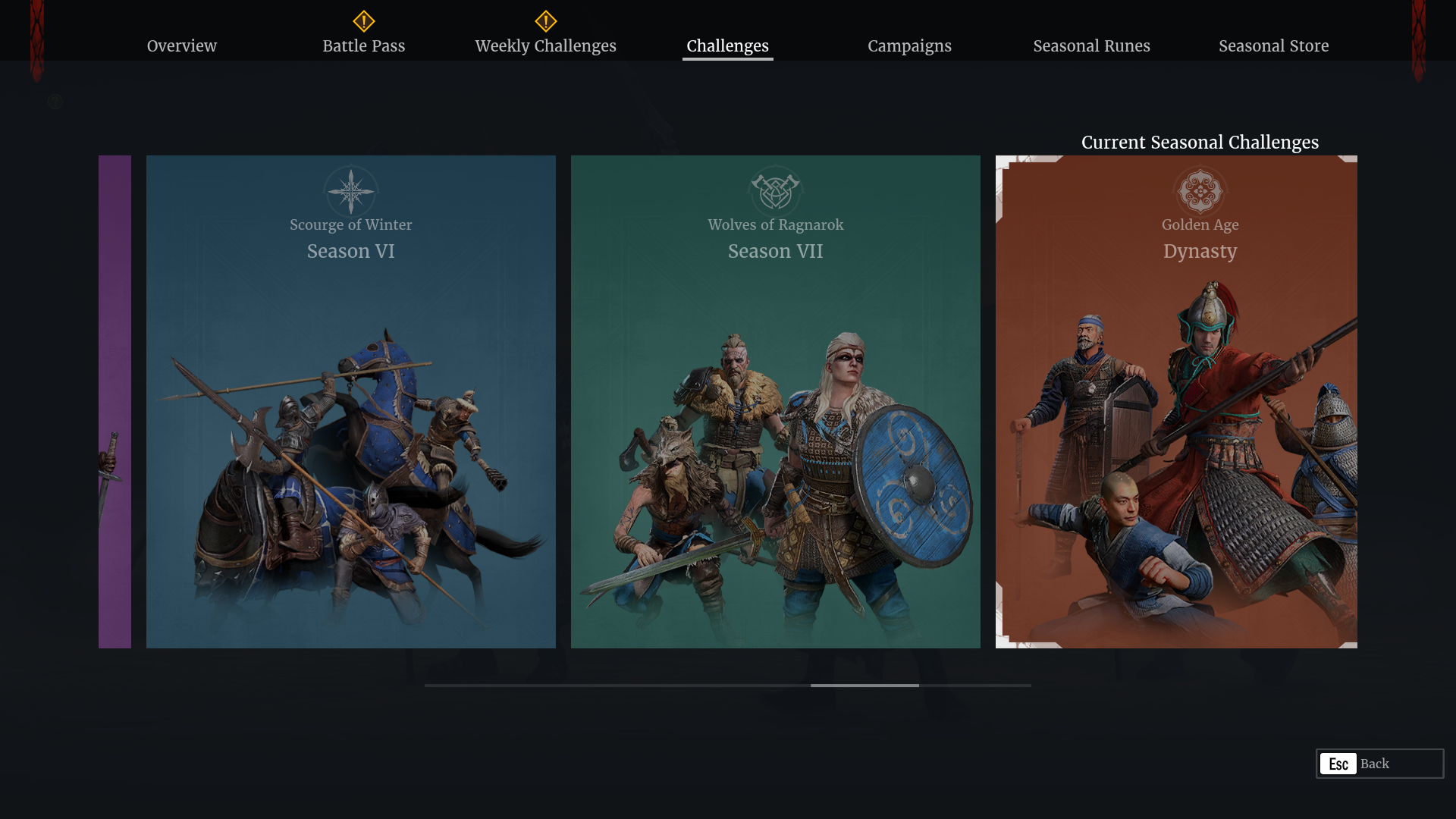 Gain fame with the Qian Dynasty throughout Season VIII to gain access to the Fame Store, which hosts a variety of different items. 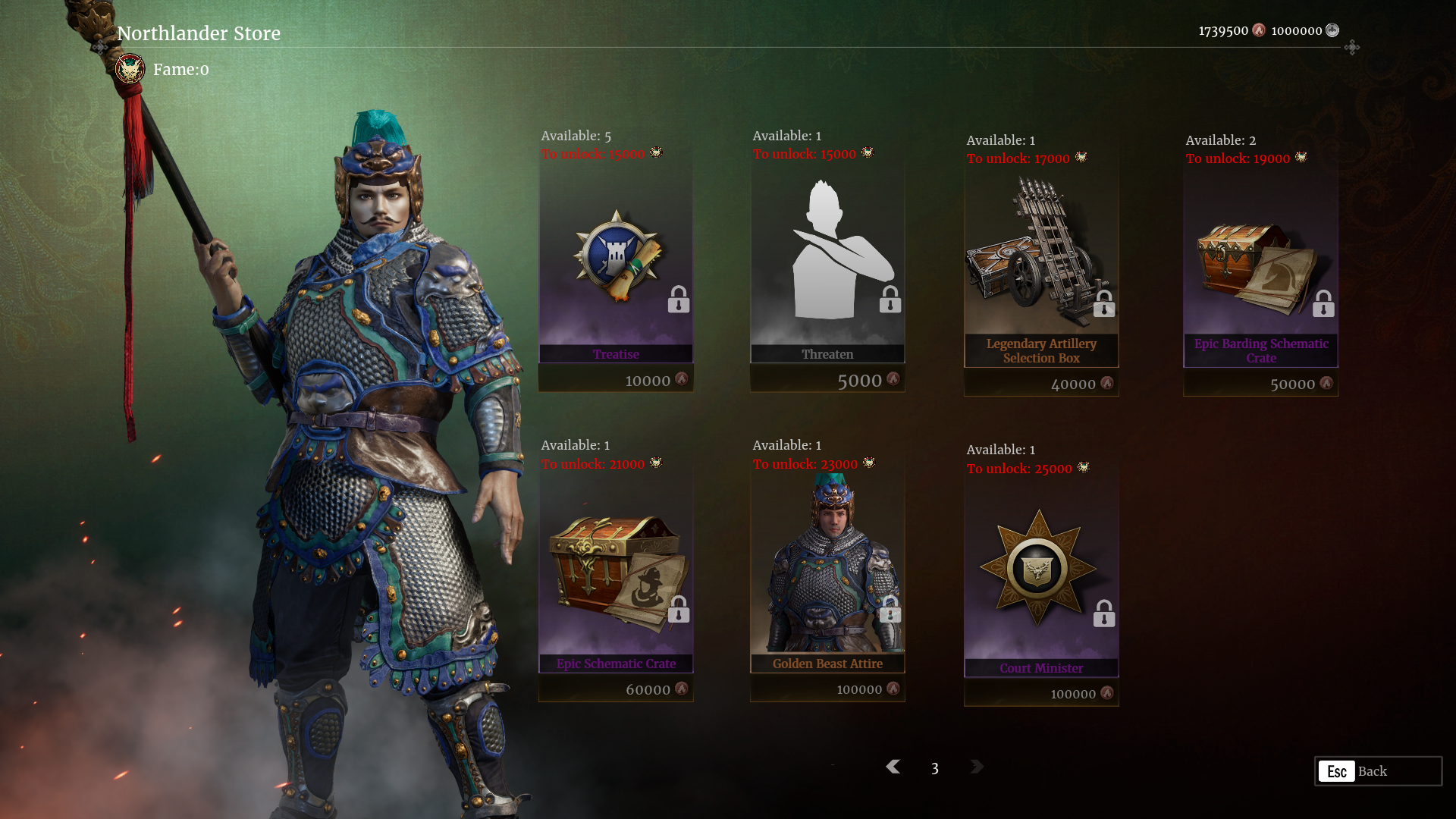 Fame can be earned by any of the following methods:

Matchmaking battles, Bandit Raids and Expeditions have a chance of rewarding special items which you can bring to the Garrison Quartermaster for Fame.

This Season’s Campaign is made up of 5 stages. Maoyang is the core region of Season VIII with the main objective being Anliang, Maoyang fiefs will grant bonus influence to those that capture and hold them. At the end of the Season, if an alliance has ownership of Anliang, their ruling house’s liege has a chance to be bestowed the Hegemon title and all of their members will receive additional rewards. 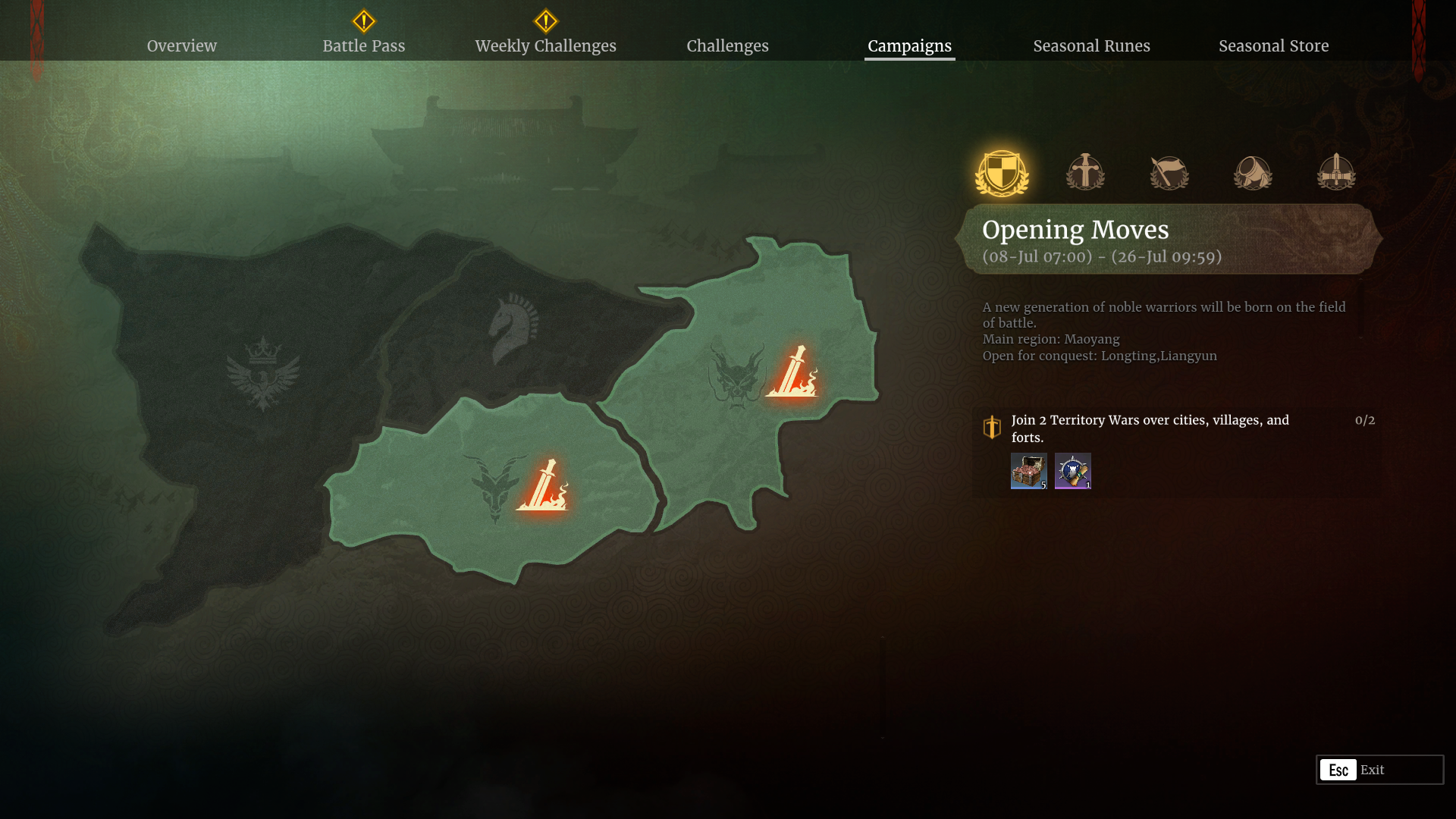 These Warpaths will be shown as connecting lines on the World Map, leading from alliance members to targeted fiefs. By watching these it will be possible to see the movements of other Alliance members. 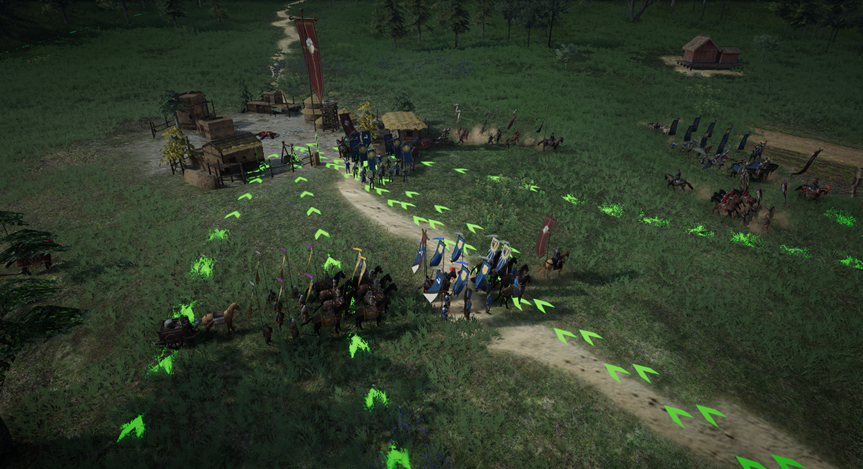 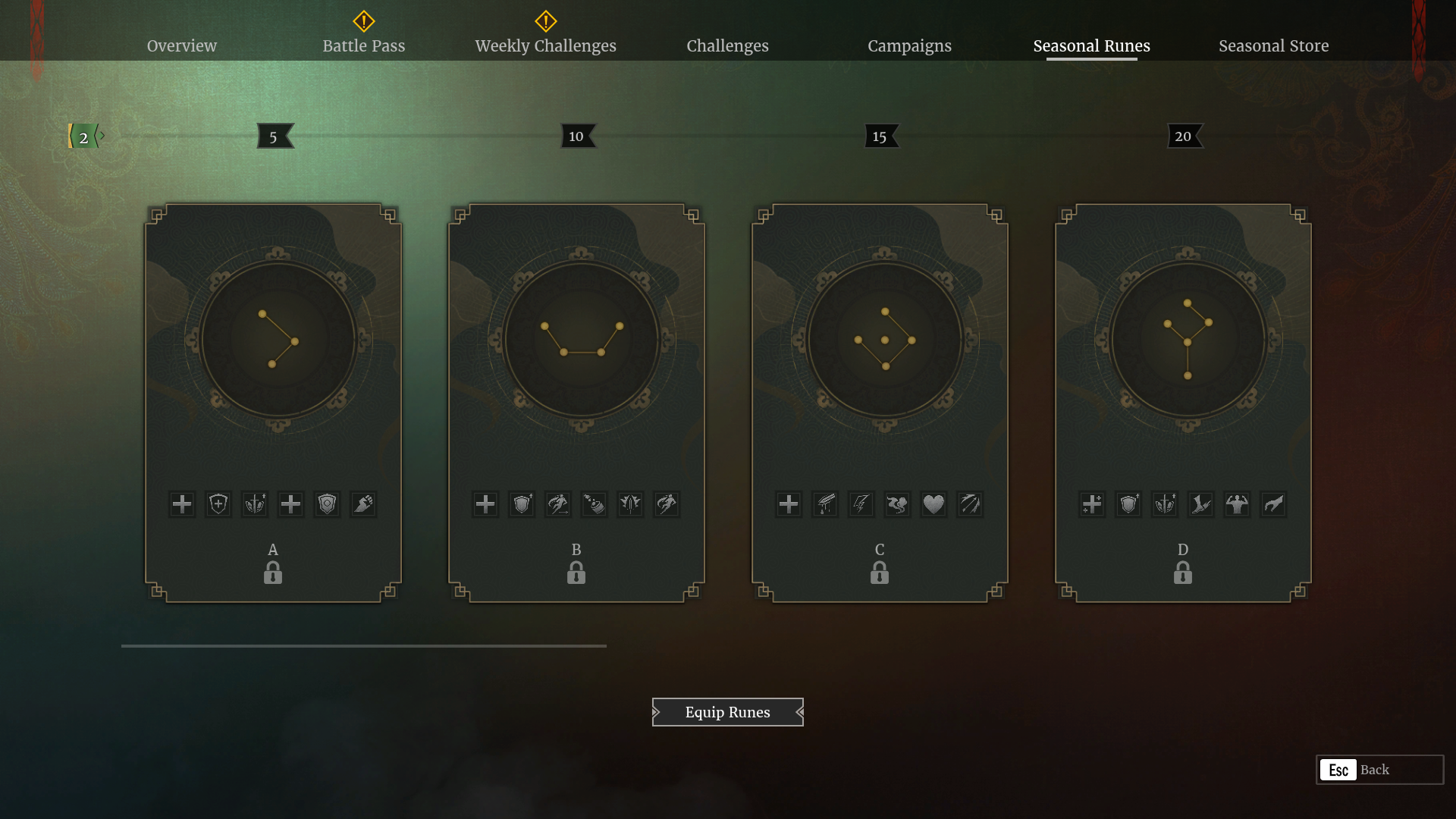 To make the following items easier to acquire, we've moved them from the Seasonal Store to the Battle Pass (free track in the battle).

Starting from Season VIII: Dynasty you will now be able to obtain the above items by simply ranking up your Battle Pass. That way you will be able to spend your Blades on seasonal attires instead. Blades are a permanent currency but have an upper cap of 10,000, so make sure to spend some before you earn more.

Antique Attires and the Seasonal Store:

Antique attires based on attires from Season III: Soldiers of Fortune have been added to the Seasonal Store. 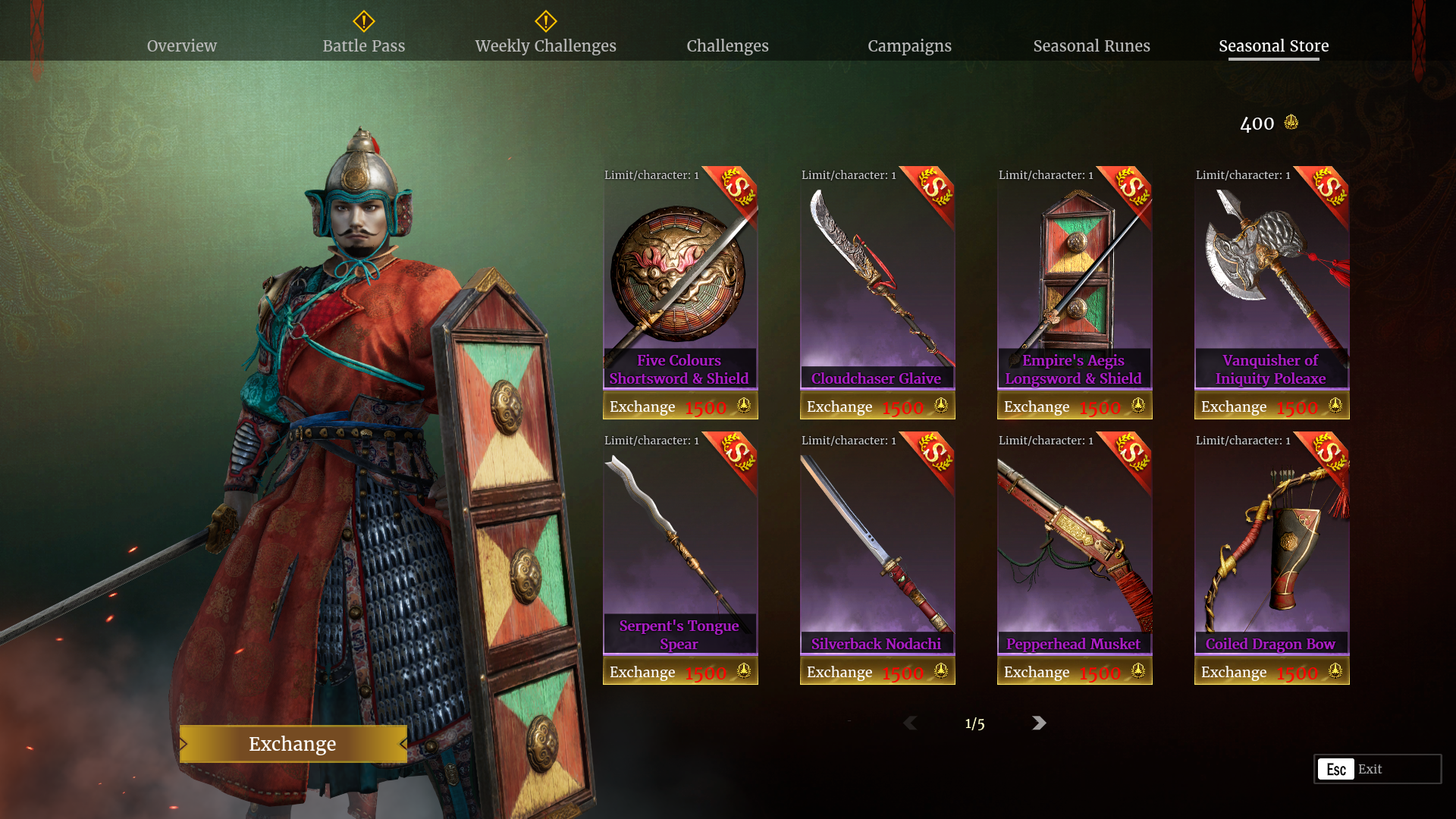 During previous versions, auxiliary units were a weekly bonus that provided some manner of strength in battle. Naturally, as you gained more and more power, their relative value and use decreased. That is why we will be upgrading this feature in the new season. Our goal is to make them relevant for Warlords of all levels.

Once we roll out the new changes, Warlords with sealed auxiliary units will have these dismissed. We will be issuing compensation in the form of unit XP for this with the new season, this is issued automatically on the installation of the update. 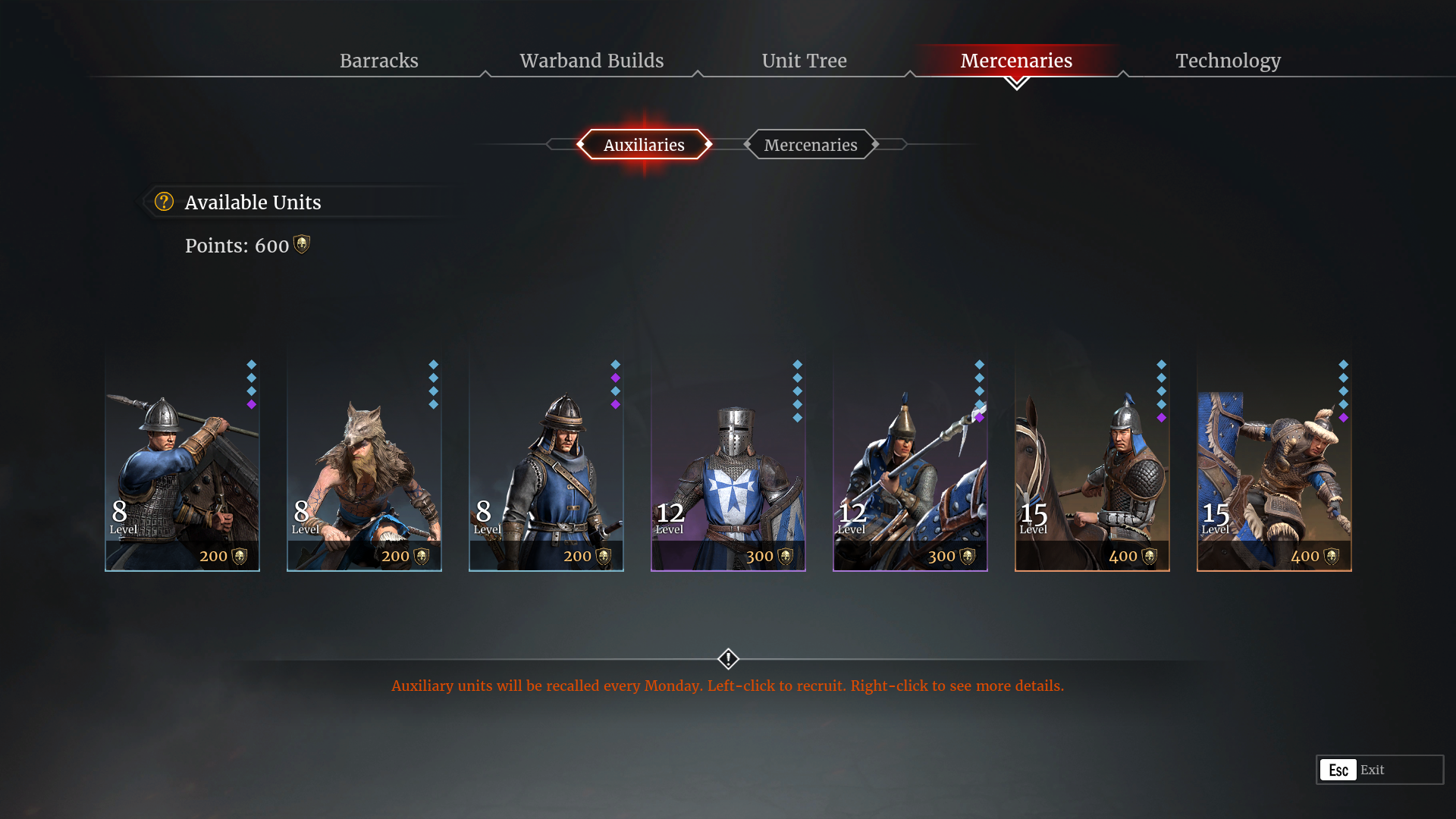 In Season VIII, when the fiefs of AI factions are captured by Player ran Houses, Imperial Restorationists of that region will automatically declare war against them. 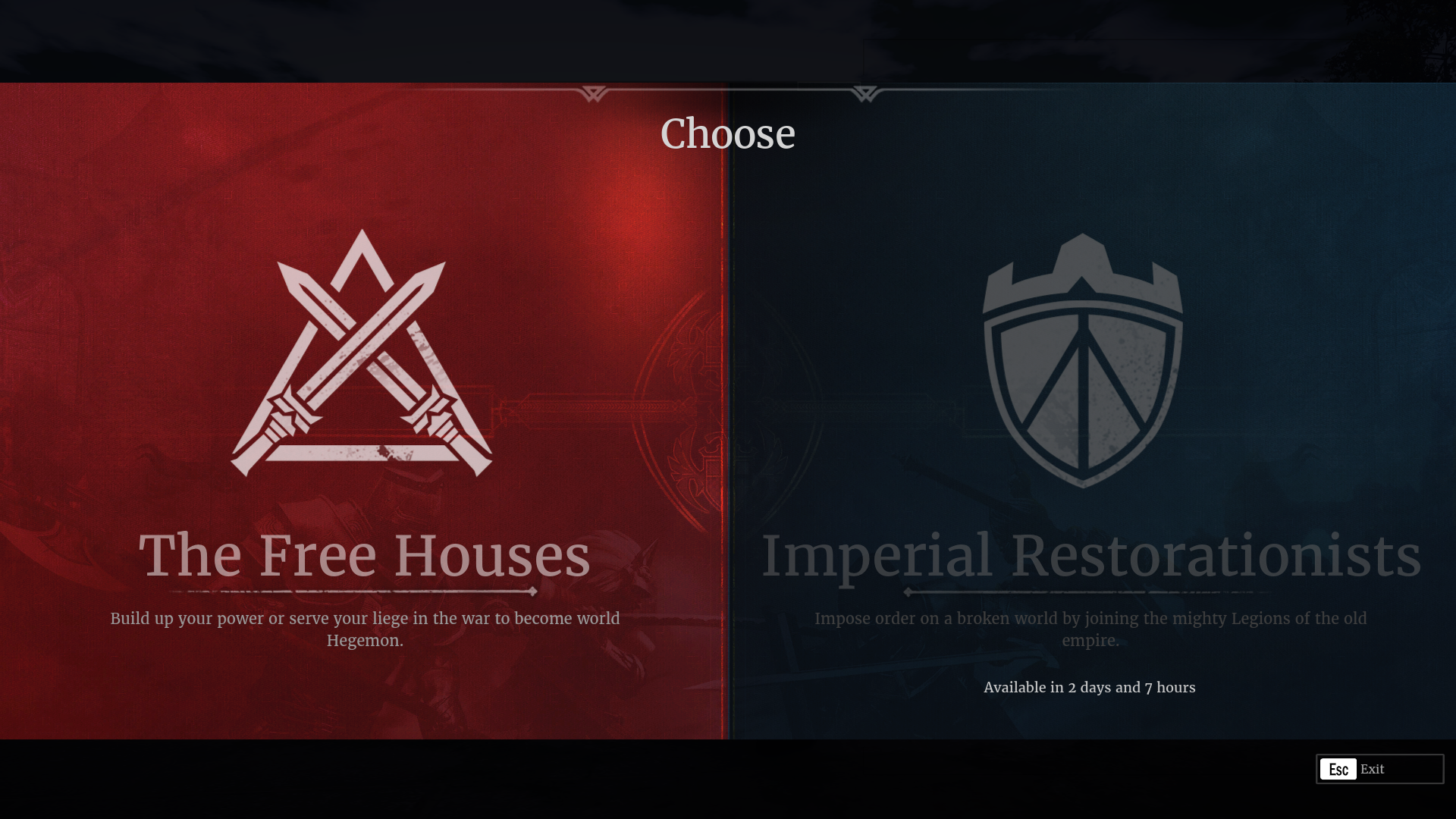 Houses that leave or are removed from an alliance will be unable to join or create another alliance for 72 hours.

Improvements for Interaction With Stacked Models in the Open-world:

While interacting with units or models that are stacked in a tight bunch in the open-world, it will now open a menu where you will be able to choose which character / model you want to interact with.

We have noticed that not all contributions in battle are reflected in each Warlord's final score. This is why we're making the following changes to the scoring algorithm, giving an altogether better rating of performance:

In the current iteration of crafting, there are too many types of materials, and how to obtain these are too unclear and confusing. This has led to an artificial increase in difficulty for crafting equipment. With the new season, we have made the entire system easier to understand by merging multiple materials into singular items. Crafting formulae and salvaging gains will also be adjusted to reflect this change. You can find more details on the various formulae in the appendix. Meanwhile, the Apothecary will have a limited weekly supply of the following hero materials castings at the prices and quantities listed below

Outdated hero materials will be converted into the new hero materials at a 1:1 ratio once the new season begins. These will be sent via mail. Whether an item is bound won't change after conversion.

We will be changing the Ironcap Bowriders and Prefecture Pikemen units at the start of the Season. During the Season we will continue to change other units, including some high-tier ones.