To improve the pace of large-scale Field Battles, we have made the following adjustments to the Grassland Assault and Emerald River maps:

We have increased match length from 25 minutes to 30 minutes for the following fiefs in Anadolou:

We have increased match length for Reginopolis from 25 minutes to 30 minutes. To improve the beginner experience for many Warlords, we have decided to adjust rank I and II skills for the following Weapons:

Added ‘Charge’ as an additional starting skill when creating a new Warlord.

We have added a new side quest, which will give warlords great rewards when they reach a specific level.

Applied changes to some quests in the ‘Path of Valour’:

Applied changes to some quests in the ‘Path of Faith’:

To improve the beginner experience for many Warlords, we have decided to adjust rank I and II skills for the following Weapons:

New Dual Blades characters will start with the skill ‘Great Thunderbolt’ instead of ‘Butterfly’.

In order to make it easier for newer players to take part in battles, newly created characters will be able to choose an extra Chivalric Era unit from the following: Ironcap Spearmen, Squires, and Halberdiers.

When a Liege or Seneschal of a ruling house declares war, they may adjust the settings of that assault:

Having declared, the Liege or Seneschal may adjust this setting at any time under My House - Battles.

Introduced a promotion system for select units once unlocked via Unit Challenges:

You can promote the unit by heading to the Spear Sergeants or Men-at-Arms in your Barracks and selecting the “Promote” button.

When promoting a unit, your unit will retain the following:

Promoted Units cannot be reverted back to their original state.

WORLD CHANGES AND THE NEW REGION OF ANADOLOU:

Set in the distant past, Season V follows a campaign by the Kingdom of Empyros and their makeshift militia, the Symmachean Brotherhood, as they march across the land of Anadolou. Located south of Ungverija and home to many port towns, it’s the first new region to be introduced since the launch of Conqueror’s Blade. Here, players will be able to retrace the steps of a reckless campaign that sparked the rise of the Anadolou Empire!.

The following changes will take place on launch of Season V:

The region of Anadolou is divided by a vast ocean and many areas are difficult to reach by land. However, you can cross the ocean by visiting the many ports to quickly reach your destination.

Ports are unique locations on the World Map, and the routes available to and from each harbour differs. To use these, you simply have to pay a fee in Bronze Coin, and then select your destination. There are three parts to the fee: seafaring, docking, and transport. The seafaring and docking fees depend on the ports you sail to and from, whereas the transport fee depends on the amount of resources and units you bring as well as the length of the journey.

There are currently two types of ports:

Sea trade and transport is highly developed in Anadolou, which has given rise to a unique type of fief. Trading Posts tend to appear near and around cities in Anadolou, at these locations you can spend Silver Coins to procure extremely rare commodities available only in limited quantities: exotic trade goods, rare kits, and valuable artilleries from other regions. Owing to how trade works, each trade post will host its own unique stock of commodities, and should the same commodity appear in different Trading Posts the price is likely to differ. There is also a great difference in the time it takes for different Trading Posts to restock their goods.

Within the new region of Anadolou, the towns, forts, and villages will be of a different style from previous regions. During previous seasons, stalemates on the various fronts have detracted from the Territory War experience.  Part of the reason is because of something that was overlooked in our original design regarding how Ruling House system functioned, due to this we made the following changes:

Region Influence can be gained in the following ways:

Once Territory War has ended, the ownership of Subfiefs will fall to the house that owns that fief.

Should a house's camp be destroyed or a Subfief be captured in the region, a corresponding amount of Influence will be deducted. When your camp Outpost or Field Camp is occupied by anyone who did not construct it, it will be destroyed.

There is half an hour (30 minutes) of preparation time before Territory War begins (between 19:30 to 20:00 on EU servers, and 17:30 to 18:00 on NA server) During this time only Subfiefs and Field Camps can be contested for. Cities, forts, and villages cannot be contested for during this time.

Improved the animation for when Warlords are downed in battle.

Resolved an issue where the skill “Shielded Charge” would knock enemies back when it shouldn’t.

In Season IV, Bow Warlords used stamina to draw their bow and required a lot more stamina than other weapons. Bow Warlords are required to constantly roll and sprint away to dodge melee opponents, both of which require stamina, this posed a problem to the mechanic change we made in Season IV as many Bow Warlords were unable to fight or get away from their enemies in time due to a lack of stamina because they had used that Stamina on shooting their opponents. To attempt to remedy this issue, we have made it so when you hit an enemy, stamina is replenished (headshots will replenish even more stamina).

We have also added a Stamina meter next to the reticle in the center of the screen to help Bow Warlords identify how much stamina they have remaining at a quick glance. The “Marksman” skill, in Season IV granted you piercing damage and armour penetration buffs for a certain time period when used, we felt that it was somewhat lackluster and have decided to make some changes to make it more impactful to use in battle. The skill will now instead affect your next non-charged up shot within 15 seconds (including half-charged shots) and boost its power to that of a fully charged shot. This will be shown via a UI prompt on the screen. We felt in Season IV that the Short Bow wasn’t as interesting as we wanted it to be, therefore we have made the following changes:

In previous Seasons the Short Bow has a unique mechanic where when dodging you would receive an Armour Piercing buff (increases piercing damage and armour penetration), which could be stacked up to 3 times, each skill consumed one stack. We noticed that players were dodging even when not in melee combat simply to gain stacks, this meant that the Short Bow Warlords had over tuned blunt damage multipliers for their basic melee attacks and this led to them dealing more damage than expected and made them overly powerful in melee combat despite being a ranged class. Due to this we are making the following changes: This will allow Short Bows to have more or less unchanged damage on lower levels but keep their damage on higher levels to a number more in line with our design expectations.

We've reduced the blunt damage multiplier for melee basic attacks but added some bonus blunt damage. This will allow short bows to have more or less unchanged damage on lower levels but keeps their damage on higher levels to a number more in line with our design expectations. We have also improved the UI by adding a UI display for the number of stacks you currently have. Animation for Male Short Bow Warlords has also been improved.

In ancient warfare, each weapon was created with a particular length based on their use, which made the spear somewhat weak when used at a too close of range, taking that into account we have decided to make the following changes:

When in Brace formation, the minimum distance required equals the size of around two people, and they no longer attack and deal damage within this range.

This change affects the following units:

In Season IV, fire and burn debuffs were only applied by specific fire skills and could only be offset by having fire-resistant units. Fire and burn effects had no effect on fire-resistant units and heroes would simply roll to reduce the duration of burn effects. This made fire very easy to deal with. With the introduction of Season V, we are releasing two new fire-related units (the Zykalian Militia and Siphonarioi), due to this we’ve decided to redesign how fire and burn mechanics work. While underground on the Reginopolis map, the minimap will change to reflect the underground segment of the map, making it more interactive and easier to navigate. 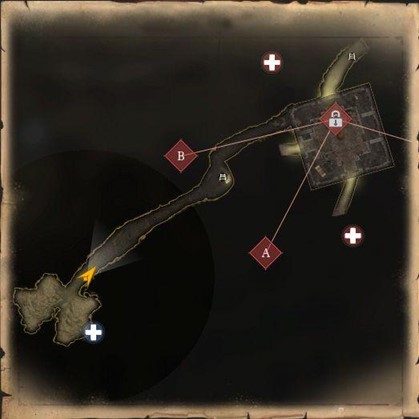 We’ve improved how titles are displayed, in addition to adding rarities to titles, with their appearance changing to depending on the rarity. Please note: Some titles rarities are not final and are subject to change (namely, previous Conqueror’s City winners’ titles and Founders Pack titles will be upgraded). This will happen in a future patch.

When you slay enemies in battle, an on-screen notification will appear for your enemies and allies making them aware of your successful feat, for example triple-killing enemies during a battle.

It has come to our attention that the acquisition and usage of Seasonal Doctrines wasn’t well received during Season IV, this is why we’ve decided to make the following improvements:

For Season V, we've also improved upon seasonal doctrines, making them more akin to an improvement of existing doctrines. We've also added unique doctrine abilities for some units. As we continue to improve the game, we will do our best to further improve seasonal doctrines, but some of these you might have to find out yourself.

During Season V, seasonal doctrines can now be obtained from some daily quests, weekly quests, war point gifts, season challenge progress rewards, weekly Ranked Battle win rewards, and weekly title rewards. We'll be keeping an eye on seasonal doctrine drops to ensure that it works as intended and that it feels enjoyable.

To aid novice Warlords in familiarizing themselves with the game, and to grow at a more rapid pace, we’ve made a new function “Hero’s Path” available in this Season. Warlords can pass the four paths of the “Hero’s Journey”: [Path of Valour], [Path or Faith], [Path of Justice], and [Path of Wisdom], upon completion, new corresponding challenges will become available, during these trials, each Warlord will gradually  get access to the various functions and game modes within the game. Warlord’s will also get weapons, units and more to make them stronger to allow them to take part in content such as Territory War.

Veterans are also invited to take part in the “Hero’s Journey” and complete the paths to repeat the rewards, to do this, complete the quest from the Watchman and open the panel with F4.