Are you itching to raise your rebellion and take a stand against the Tyrant? In Season IX: Tyranny, you can start your crusade earlier and easier than ever before by pre-ordering the Outriders (3-Star) and Axe Raiders (4-Star) Units!

Recruit these fearsome troops to your cause and prepare to stand against chaos by pre-ordering them at a 10% discount from now until September 27 in-game (23:59 server time) and on MY.GAMES Market (23:59 CEST).

IMPORTANT: Do not purchase any pre-order bundles on MY.GAMES Market if you have already purchased in-game.

The contents of your pre-order bundles can be opened on their respective redeem date(s) by pressing ‘F5’ to open the Season menu, accessing Unit Challenges, and then redeeming the stages granted by your chosen bundle.

This spear-throwing cavalry Unit is utterly ruthless in battle, and pre-ordering them will allow you to send them into the fray at the very beginning of Season IX!

Check out a sneak peek of this Unit’s skills: Grab the Outriders Pre-order Bundle in-game or via MY.GAMES Market (purchase limit of one), and you’ll also receive the rewards from their Unit Challenges when you redeem them at the start of Season IX on September 28.

These axe-wielding and throwing rebels are a band of farmers and woodcutters forced to take up arms to defend themselves against the evil Tyrant.

Take a glimpse at this Unit’s skills: 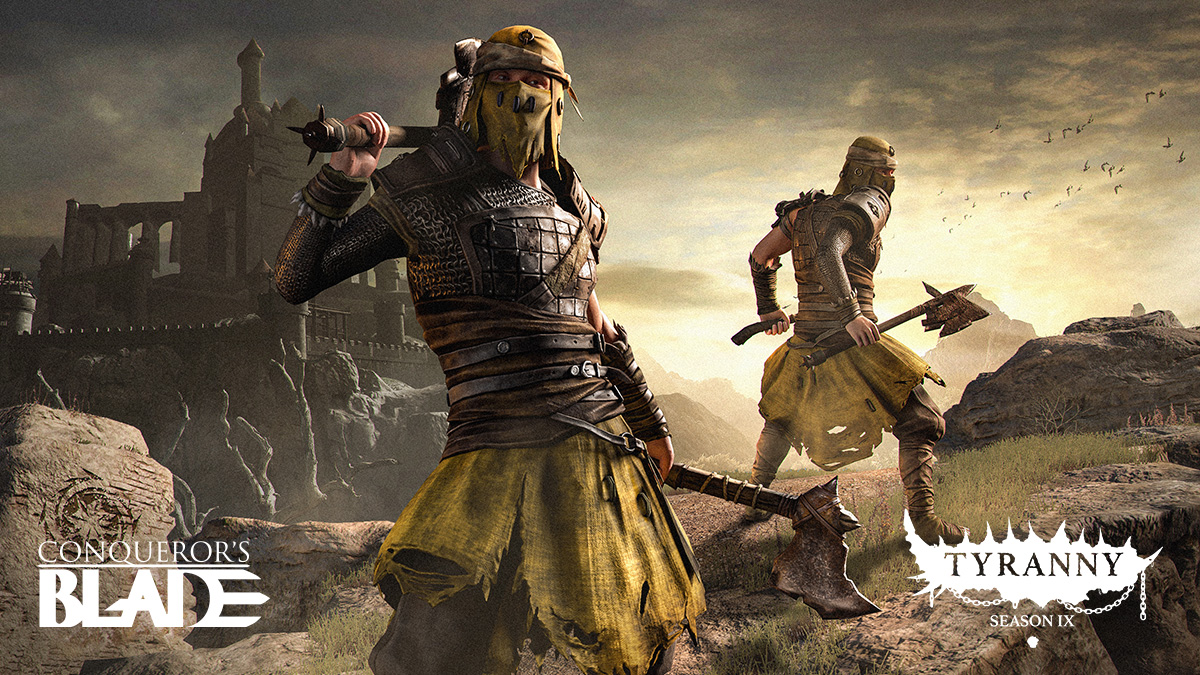 Get your hands on the Axe Raiders Pre-order Bundle in-game or via MY.GAMES Market (purchase limit of one), and you’ll also receive the rewards from their Unit Challenges when you redeem them on October 4.

IMPORTANT: The order in which Units in Season IX can be unlocked remains the same, regardless of pre-orders. For example, the Axe Raiders can be purchased, but can only be unlocked if players also own the Outriders (via pre-order or by completing challenges).

Start building your rebellion ahead of time to prepare for Season IX: Tyranny, launching as a free update in Conqueror’s Blade on September 28!