The Tang era was not only to thank for a golden age of music and poetry, but also incredible advancements in engineering, medicine, and technology.

During Tang Dynasty rule (618 to 907 AD) in China, the preceding Sui Dynasty gave the first ruler of the new era, Li Yuan (Emperor Gaozu), the perfect foundation on which to build on his antecedents’ achievements. 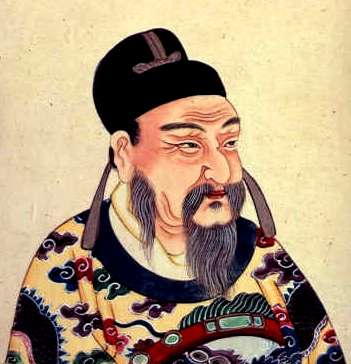 Several different factors contributed to why the Tang came to make these advancements, one of them being a greater emphasis on education and bureaucrats in particular. Civil service examinations opened the door to better jobs for the middle class, an overall better-educated population, and in turn, more schools. Higher standards of schooling lead to higher standards of living across China, and this chain reaction was a driving force for greater advancements in all sectors of society.

One of these great Tang Dynasty inventions was from Yi-Xing, who devised the world’s first clockwork mechanism known as the “Astronomical clock”, which keeps time via a waterwheel, a clepsydra clock, and an armillary sphere, which rotates to strike a mechanically timed bell every hour.

The water-powered inventions didn’t stop there, as, in 747 AD, the Emperor had a “cool hall” fitted in the Imperial Palace, which used water to power fan wheels, functioning as the world’s first air conditioner!

The field of medicine came on leaps and bounds during the Tang era, leading to a discovery of how to treat diabetes via the thyroid glands of sheep and pigs, a revelation that would not be made in the west until 1890.

While learning how to cure people, certain inquisitive minds also discovered how to harm them. Alchemists were brewing a new mixture that would explode with a flash when exposed to an open flame, leading to the discovery of gunpowder.

One of Ancient China’s most famous inventions has to be a cream known as porcelain. Yes, during the Tang era, alchemists concocted a powder that had bonding and waterproof qualities, making it ideal for vases, decorative wares, and other homewares.

The Tang era’s “golden age” spilt over into almost every crevice of society, and without this auspicious dynasty, the world may not be as it is today.

Check out more Conqueror’s Tales below!

The History of Go │ The Legend of Mulan │Dragons and Suns

Community
Get acquainted with your new NA CM!