Natural beauty and architectural splendour come together in the picturesque Longting region. While peace may seem to reign in this Chinese-inspired realm, conflict is never far away, and forts dot the landscape of this golden land, lying in wait to defend against those who would challenge them.

The fiefs of Longting reside in the East of the world, sharing heavily guarded borders with Liangyun and Maoyang. The Borderlands lie far to the West, and although all are served by the Golden Road trade route, many battles break out for domination of the fiefs within each region.

Longting itself sits behind the Golden Hills and encompasses several major cities (including the capital of Hao Jing), dozens of villages, and many forts. 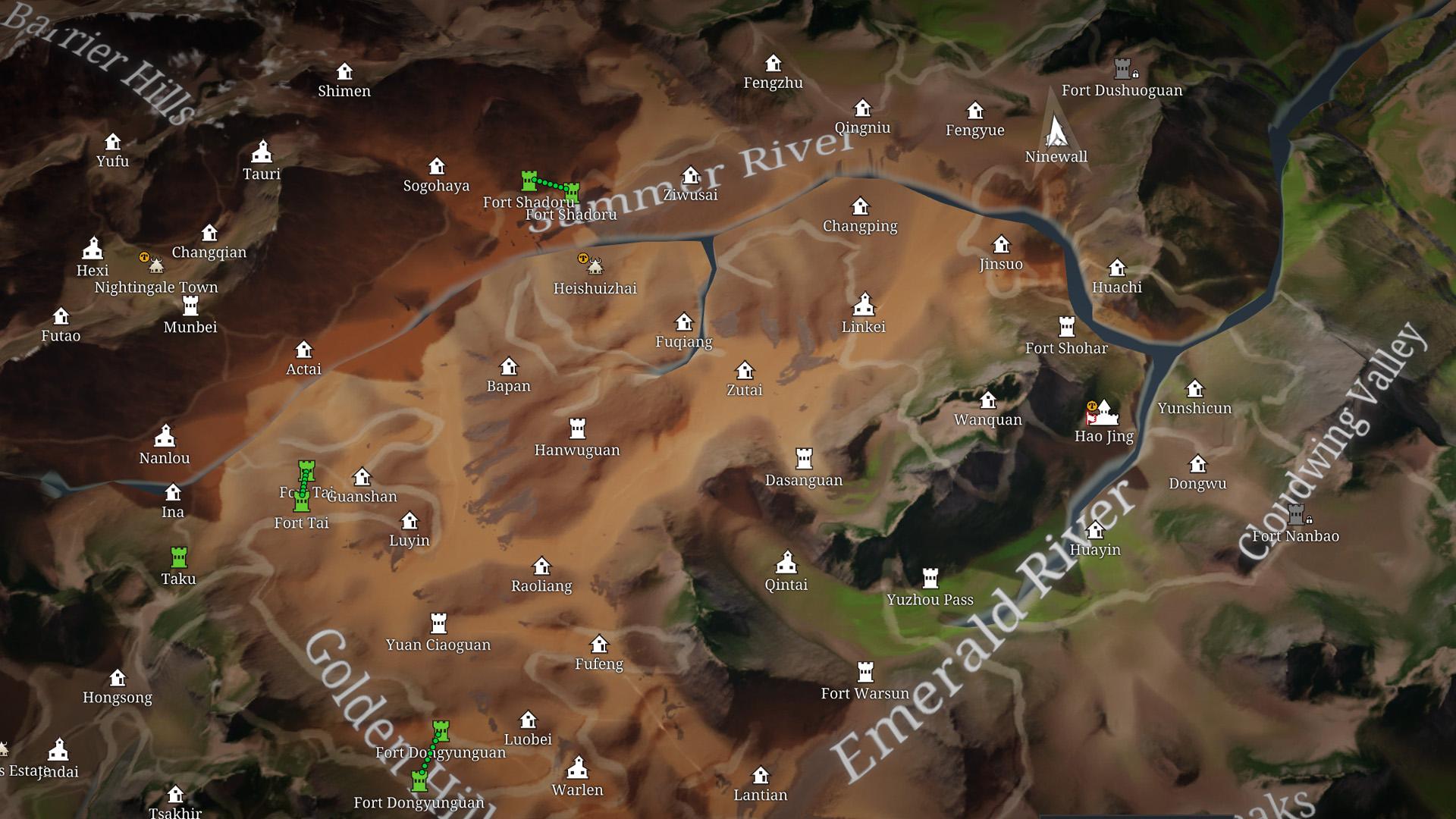 Longting is landlocked but enjoys the nourishing flow of the Emerald and Summer Rivers, whose networks provide even more trade routes, as well as contributing to the beauty of Longting’s landscape. The region is surrounded by mountains and hills, whose naturally occurring defences deter enemy incursions. The lush forests provide agricultural wealth, except in the western regions of Longting, where harsh, arid terrain makes resources in the area scarce.

Longting has established peace for the first time thanks to the rule of the Qian Empire, and in Season VIII: Dynasty, every Warlord will begin their adventure in Longting’s bustling capital city of Hao Jing, a monument to and reminder of the region’s hard-earned peace. Those yearning for more action can travel to Liangyun if they wish and venture across the land to discover more fiefs. 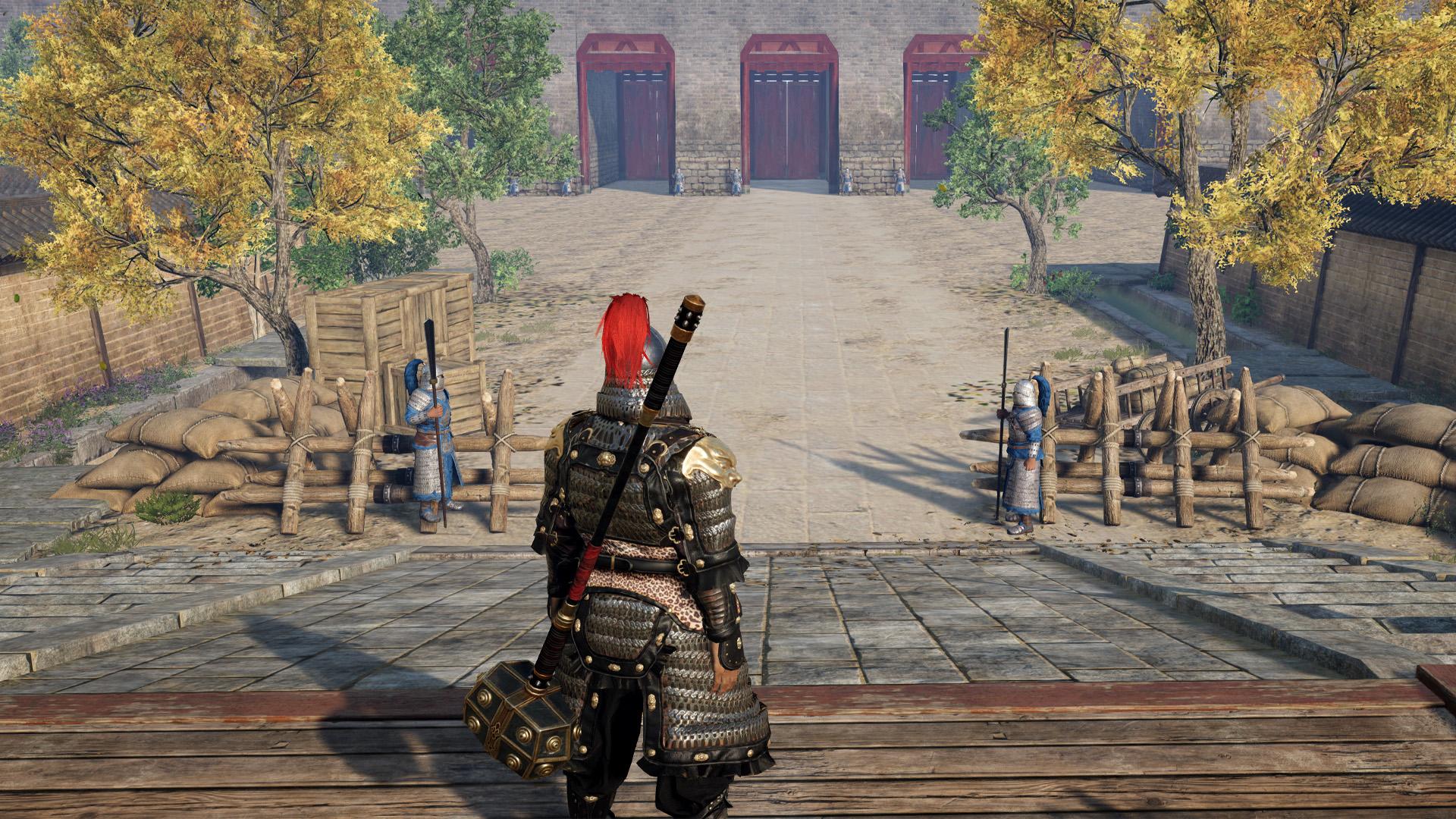 A new golden age is upon the people of Longting, with the Qian Empire’s rise to power bringing with it prosperity and peace. Along with this, the Golden Road, which starts in the capital of Hao Jing, threw open the trade gates to all so they could discover this region for themselves and share in its possibilities and opportunity.

While Longting is at its core a peaceful region, venturing out beyond city walls can be dangerous. Bandits roam the lush green fields, and while some of these marauders steer clear of conflict, others will strike out of necessity. Adventurers planning a trek across the plains of Longting should bring extra supplies, as well as a unit or two, as there is much to explore and you shouldn’t be without food or soldiers for too long. 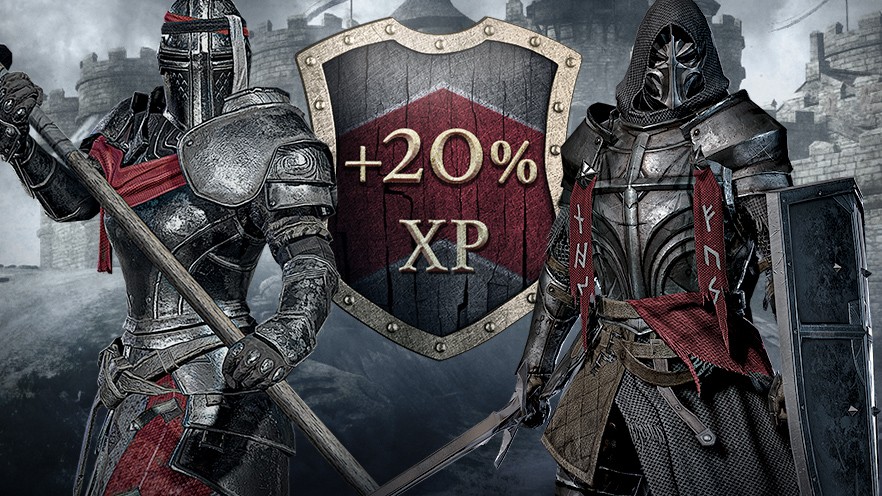