Linwu Fortress is the legendary stronghold that the solemn Greyhair Garrison once protected for four decades, and this desert-bound fortress is about to become the main stage for PvP Siege battles in Season VIII: Dynasty. The iconic fortification can be defended or attacked and invites two teams of 10 players to battle for control.

The Qian Dynasty’s power is waning and has been for several years, with their biggest threat being the Zhang Kingdom. Battles on the Golden Road have pushed back defenders to the last stronghold - Linwu Fortress. The soldiers have vowed to resist until their last breath, but the Zhang Kingdom isn’t backing down either. Conflict is imminent, and even with reinforced walls built to withstand galloping cavalry, the enemy keeps finding new and inventive ways to break through. This is the last stand for the Greyhair Garrison and the Qian Dynasty, and the time for action is now. 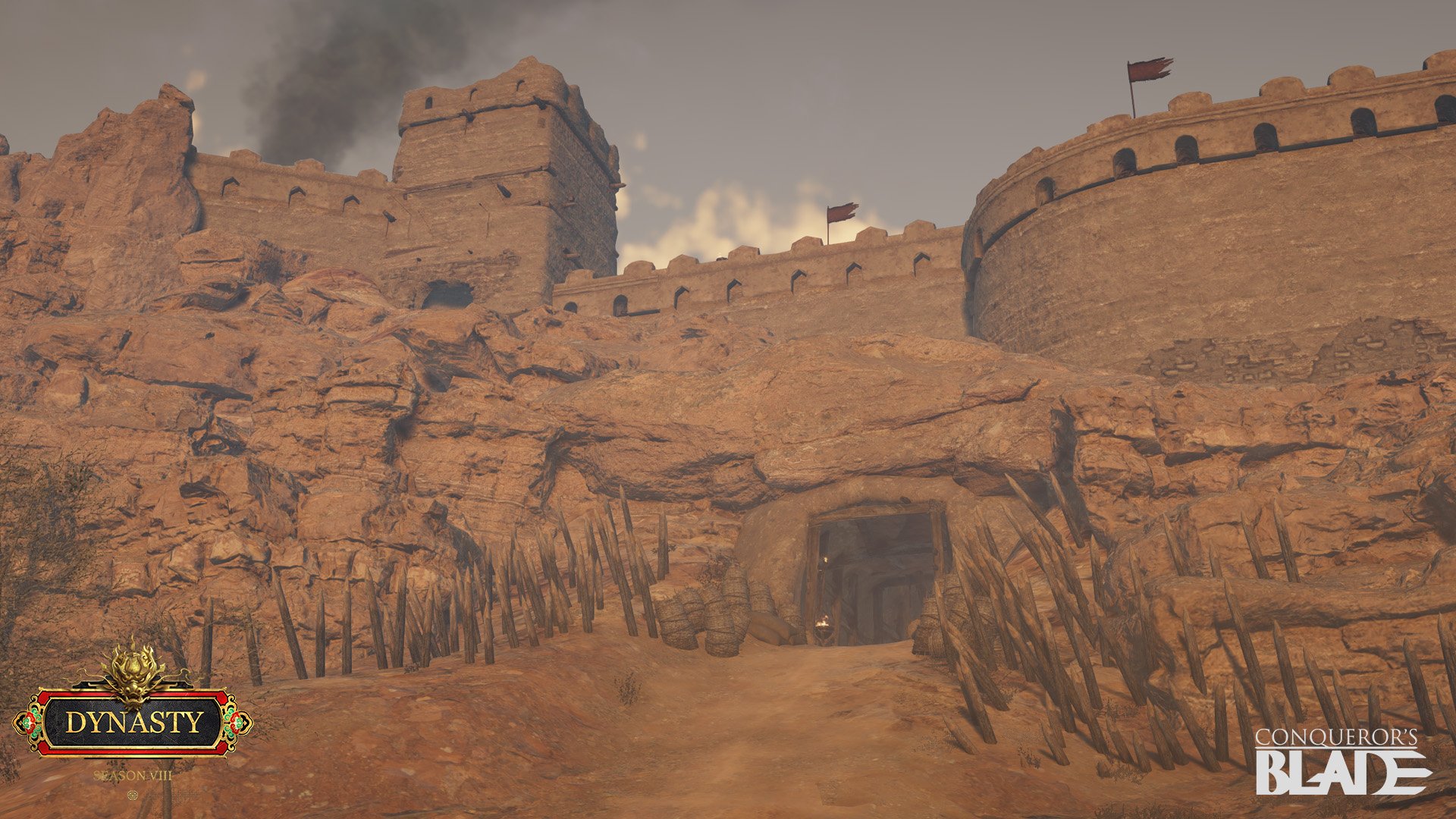 Linwu Fortress is the last bastion of the Qian Dynasty, and its enemies know that conquering this stronghold would mean victory over the dominating dynasty once and for all. The fortress rests south of a cliff, and attackers seeking to breach it may find opportunity in the tunnels that run beneath, leading to the eastern and southern gates.

The fortress is easily defendable against siege towers and battering rams, but its gates are still susceptible to attacks from artillery and units. Once attackers have breached the walls, either by finding tunnels or simply smashing their way in, they can head directly for a capture or supply point. Two-layered defensive walls provide much-needed protection for the defence of the flag at Point A, but the outer wall is heavily damaged from years of fighting and can be breached with artillery to make a direct beeline to Point A.

Once claimed, attackers can continue pressing their advance. There are supply points on either side to capture, and defenders can cut them off by placing barriers at certain key points, gradually gathering enough control to push back the attackers. 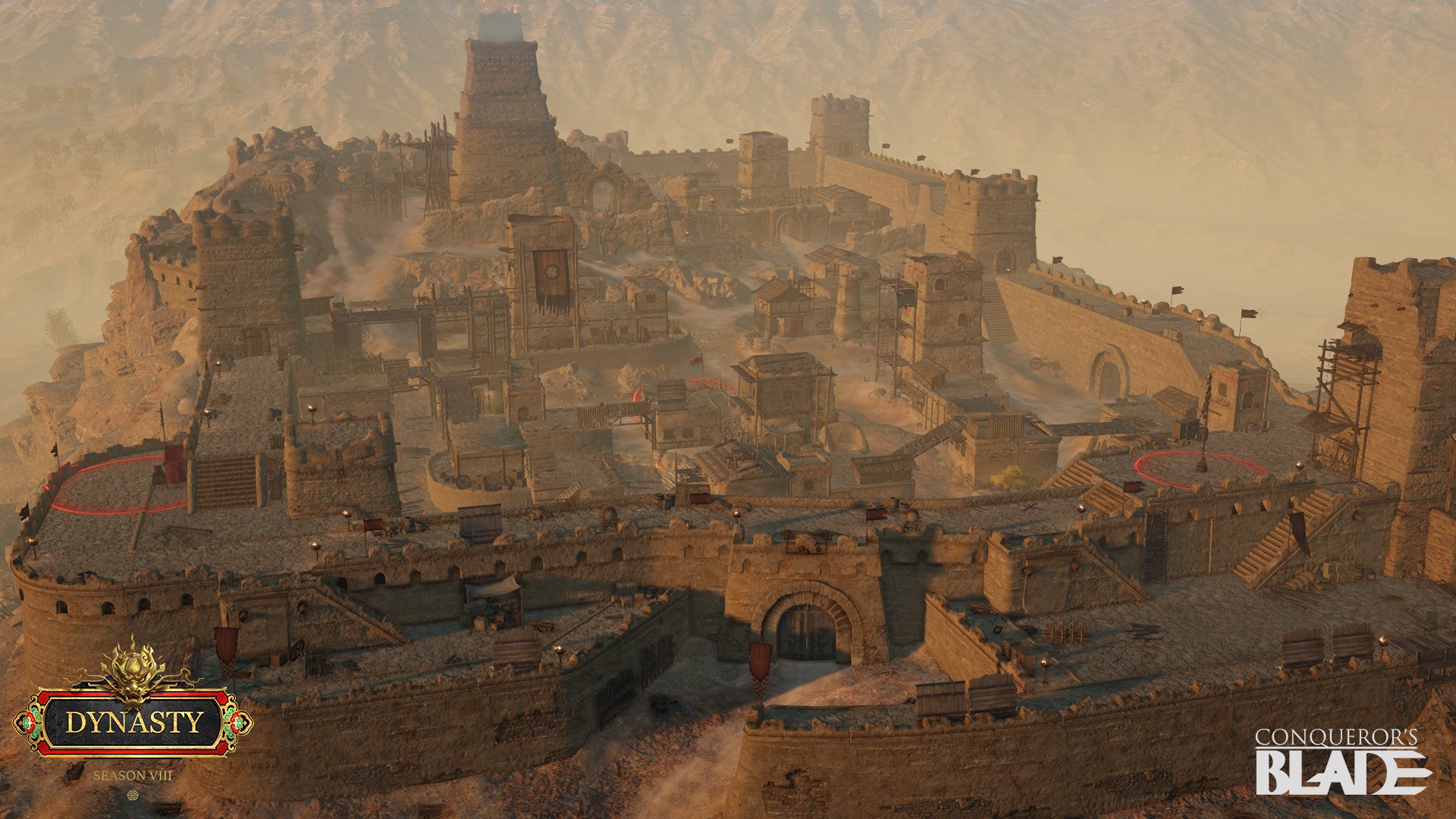 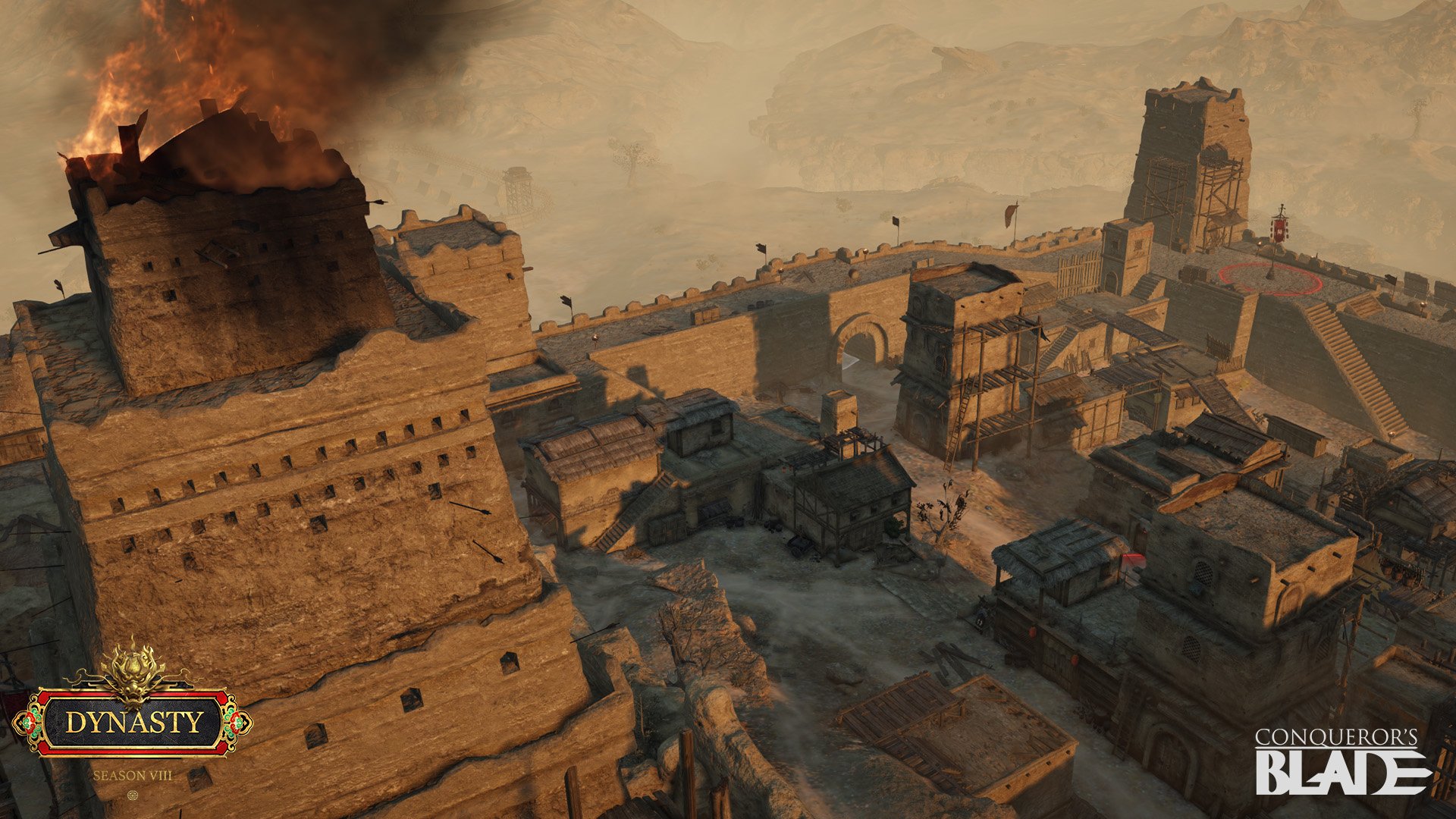