The Season VIII Battle Pass allows you to earn even more rewards on top of the Free Pass by completing Seasonal Challenges and amassing Glory, with exclusive Chinese-inspired cosmetics, new Emotes, and many more helpful consumable items available to help you along your journey.

With the Battle Pass, you’ll also draw more Blades to exchange in the Seasonal Store for elite items to level up your style.

You can earn some great rewards with a Free Pass and enjoy a great season regardless, with new rewards up to Nobility 200 and an exclusive Player Title at Tier 300 (Dynastic Overlord).

Highlights of the Free Pass include:

There are also plenty of Blades, Treatise, Chests of Bronze, Skill Pages, and many more amazing items to be earned.

For the discerning Warlord, there’s no better way to attain great honour than with a Season VIII Battle Pass! The Battle Pass includes all Free Pass rewards plus new prizes EVERY tier up to Nobility 200.

Highlights of the Battle Pass include: 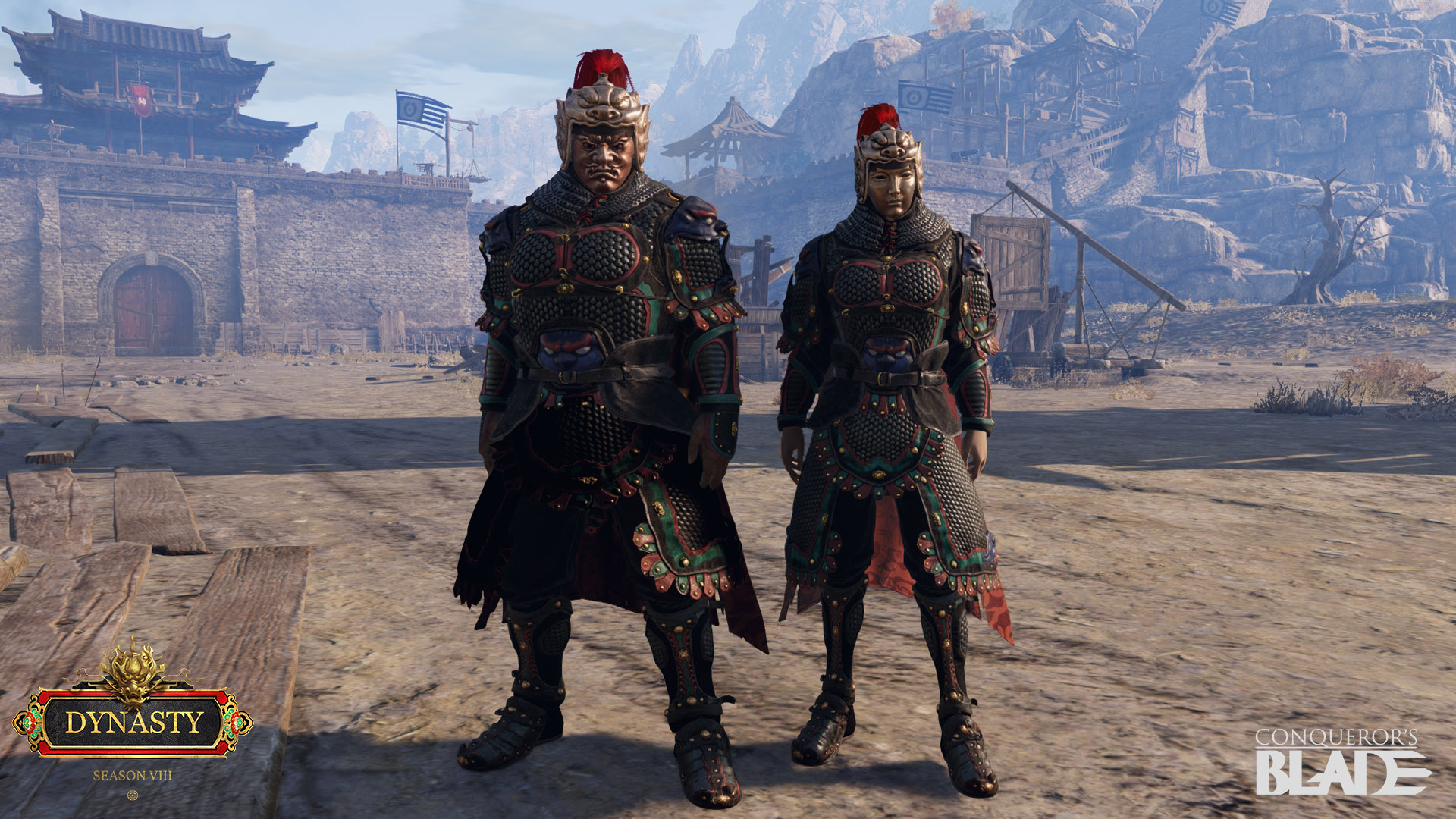 Unlock Blades from the Battle Pass to exchange in the Seasonal Store for brand-new Qian Dynasty-themed weapon skins and brandish your arms in ornamental colours.

There are many Antique variants of Season III: Soldiers of Fortune and Season IV: Blood of the Empire Attire to unlock, each with their own unique theme and design.

You can also exchange Blades for Antique weapon skins based on those previously available in Season IV: Blood of the Empire.

Purchase the Season VIII: Dynasty now via MY.GAMES Market, Steam, and in-game, and reap the benefits of your tireless efforts in battle!