These benevolent martial artists are poised to fight for you as the first Seasonal Unit available in Season VIII: Dynasty. Available to unlock now via Unit Challenges, the Cudgel Monks are a highly effective defensive unit, delivering swift attacks with their staves, and powerful flying kicks to break ranks. What they lack in armour, they make up for in tight formations, movement-reducing attacks, and spiritual resolve.

The Cudgel Monks are unlocked via Seasonal Unit Challenges, and they enjoy a Seasonal Bonus in the form of Leadership requirements decreased by 10 and resupply costs reduced by 50% for the duration of Season VIII.

Unit Challenges have been improved and will have their stage completion requirements unified. You now only need to complete some of the challenges of each stage (e.g., 6 out of 8, or 8 out of 10 depending on how many Stars a unit has), removing the requirement of completing all challenges. Read more about all the Unit Challenge improvements here.

Unlocking the Cudgel Monks will also unlock the Restless Mind quest (which you can accept by talking to the Watchman). Completion of this quest will reward you with an exclusive doctrine.

The Cudgel Monks are a monastic order of spiritual warriors who detest war yet fight when they must, and while their greatest quality is their defence, their attack can be punishing when ordered.

When preparing to launch into a fully-flung attack, Cudgel Monks can be ordered to form a narrow Column, charge towards their enemies, and use the Six-Way Staff Order to increase their speed and unleash a stave attack. 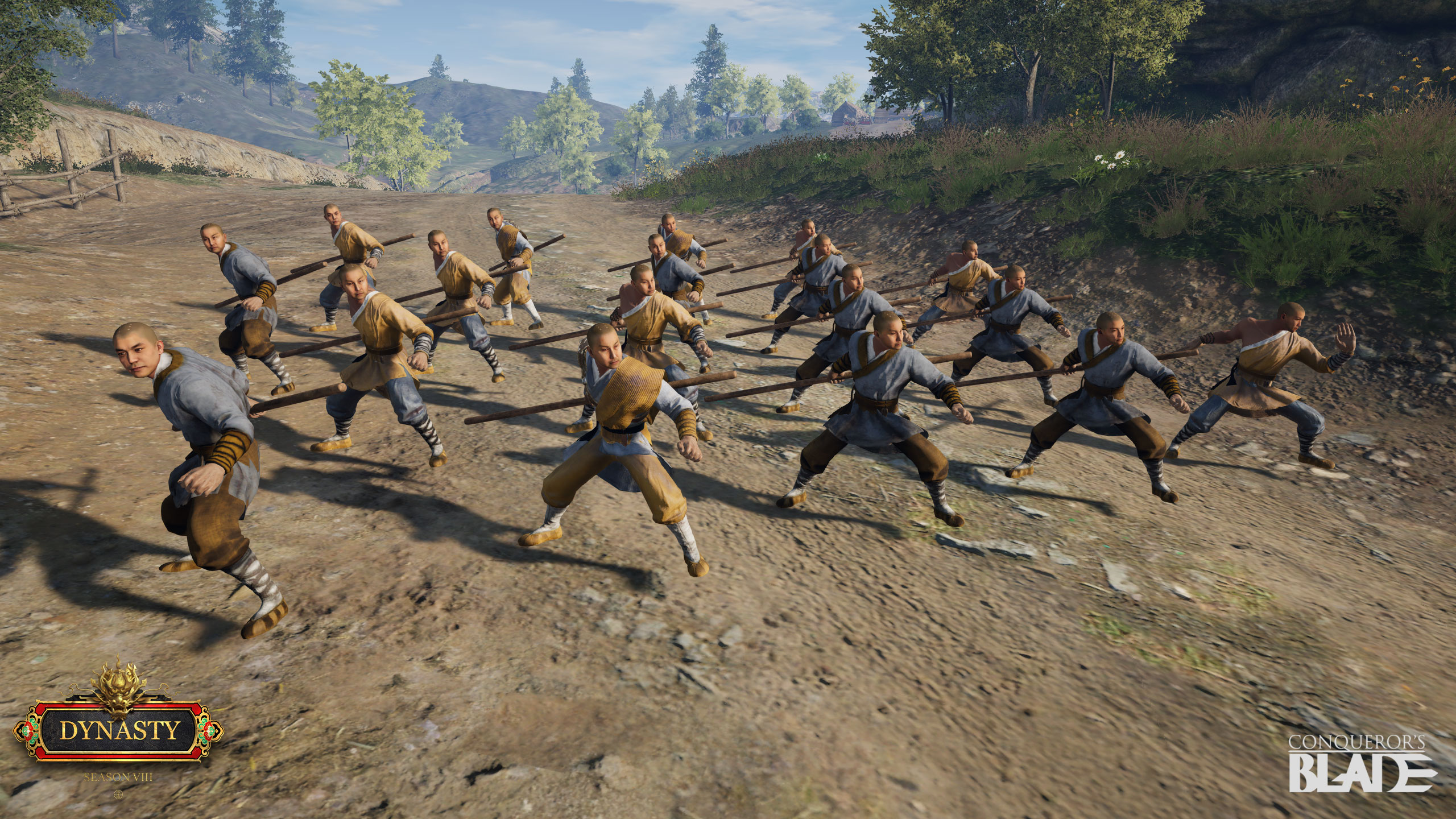 The Cudgel Monks are available to unlock via Unit Challenges now!