A new era has arisen. Go forth and explore ancient lands inspired by China’s Tang Dynasty, witness the beginning of a new age, and fight for your honour in Season VIII: Dynasty, now available as a free update in Conqueror’s Blade!

This brand-new Campaign invites you to embark on a voyage of discovery in this phenomenal Chinese-inspired region. Unearth its vast history, lore, and legends, and earn heroic rewards with the Season VIII Battle Pass.

The Qian Dynasty has brought about change to a region fragmented by unabating conflict, and has established peace for the first time in a new region: Longting. This land is peaceful by decree and is a great place for beginners to start, but if you yearn for more action, you can also travel to Liangyun as you wish.

Start your journey in the capital city of Hao Jing, a vibrant metropolis where warlords and civilians alike live in harmony in a peaceable region, the first Capital not contestable in Territory Wars. Marvel at the breathtaking architecture of this bustling capital, meet fascinating NPCs (of which there are many), and venture across the land to discover the stories that led to the rise of this dynasty. 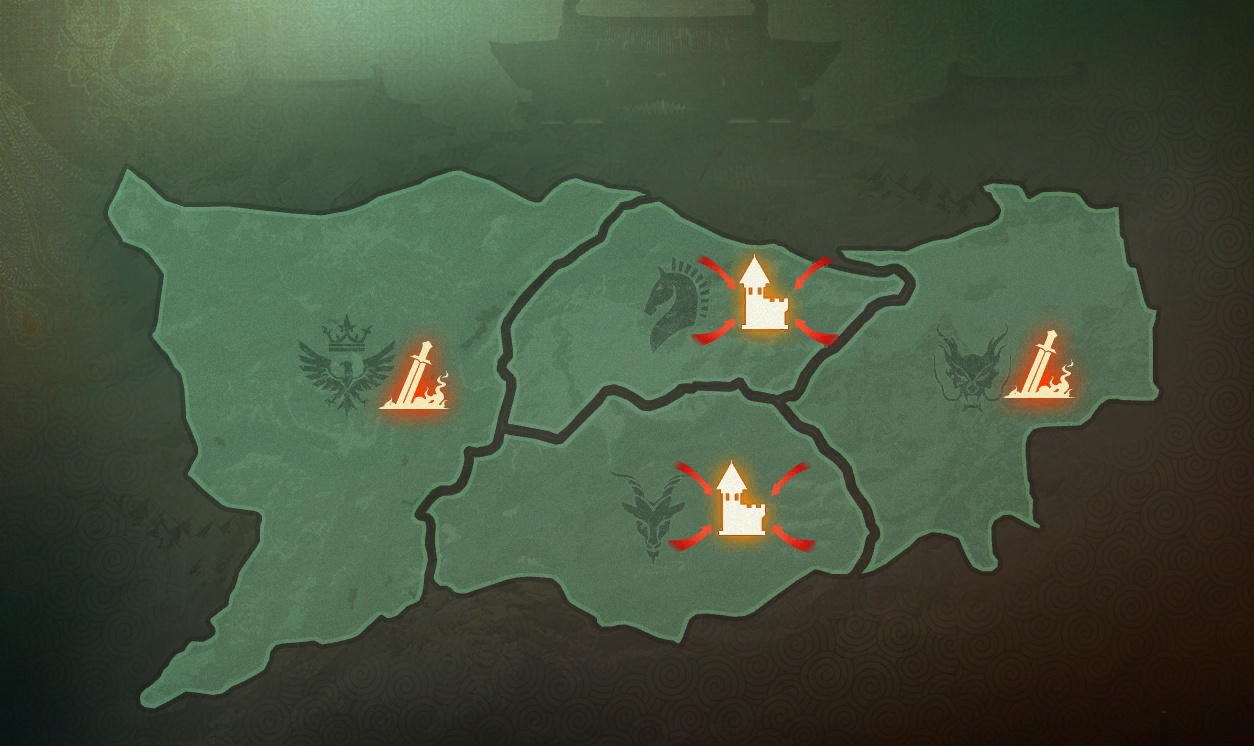 Wield the Pike, the twelfth weapon class to be added to Conqueror’s Blade! This defensive weapon evolved from spears to become one of the most important weapons in history, with outstanding reach, well-timed attacks, and the potential to deliver devastating combos, the Pike is the weapon of choice for the new faction of warriors from the Qian Dynasty.

The Pike weapon class is unlockable for free (no Battle Pass required) via special Challenges, along with its Basic and Ultimate Skills, Sunpiercer Hero Attire, the Lotus Petal weapon skin for the Pike, and a Pike Avatar.

Three new Seasonal Units are yours to unlock via Unit Challenges and command in Season VIII: Dynasty, each with their own unique set of strengths and skills:

Over 100 levels of Premium rewards await warlords who complete Seasonal Challenges, accumulate Glory, and level up during Season VIII. Claim the treasures of the Qian Dynasty, including the Shadow Legion Unit Attire, Wrathful Emperor Mount Set, Sincere Greeting (Emote), and Bang A Gong (Emote). The Wrathful Emperor Hero Attire is the ultimate reward, waiting to be claimed at Tier 100. As Conqueror’s Blade is a free-to-play game, there are still many rewards to be found on the Free Pass too.

You can also unlock Blades from the Battle Pass to exchange in the Seasonal Store for Qian Dynasty-themed weapon skins, and Antique variants of Season IV Battle Pass attire.
The Iron Warrior Hero Attire is available as an instant reward when you purchase the Battle Pass today from MY.GAMES Market, Steam, or in-game for 1,000 Sovereigns! 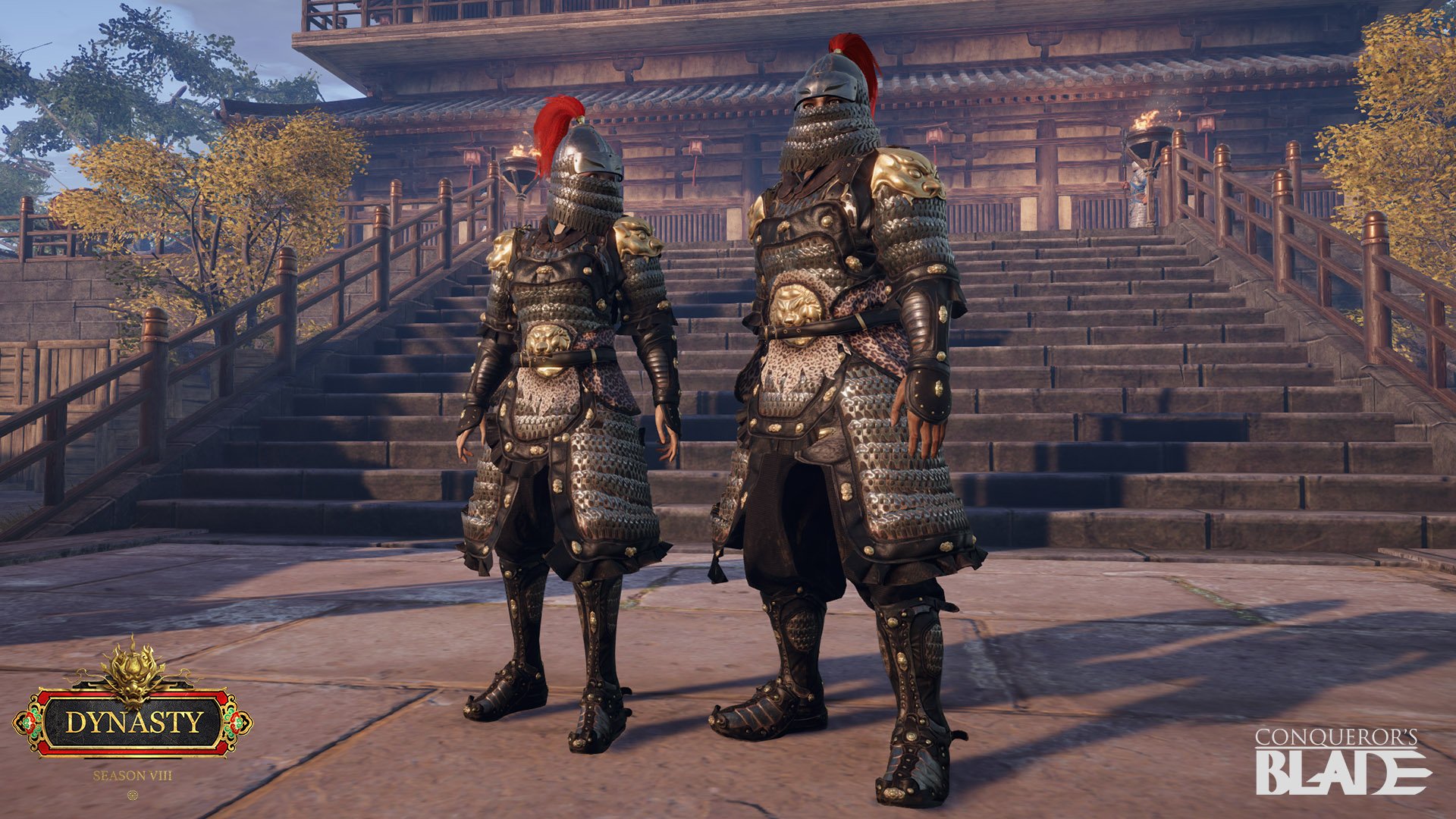 Guarded by the Greyhair Garrisons for 40 years, Linwu Fortress is the new Season VIII Siege map arriving later in the season. The legendary stronghold can be defended or attacked, and invites two teams of 10 players to battle for control over it. It is certain to be the scene of many epic battles for dominion - stay tuned for more information about Linwu in the near future.

Season VIII’s Territory Wars begin on July 10, and will occur every Tuesday and Saturday throughout Season VIII! You’re invited to compete in server-wide PvP battles that form the lion’s share of endgame content in Conqueror’s Blade.

Take part in Territory Wars by joining a player-controlled Free House or Alliance, and expand your holdings by fighting alongside your fellow warlords via the ‘Battle’ interface or in the open world to gain control of settlements. From July 12, you will also be able to join Cohorts (NPC-controlled Houses) to join in Territory Wars. For more information about Territory Wars, check out our top tips here.

Note: Territory Wars will be in Drill Mode on July 10 to ease players into the new season, meaning the event will retain functionality but with none of the consequences. You can still attack and defend settlements, but any change in ownership will revert back to how it was before the event started. You can learn more about Drill Mode here.

If you’re creating a new account or character in Season VIII, we recommend starting your Conqueror’s Blade journey on the Anliang (EU6) server. This new Europe-based server is primarily designed for new players, and is a great place to explore endgame and PvP content like Territory Wars on a level playing field.

The Runes system introduced in Season VII: Wolves of Ragnarok is back, allowing you to augment your loadout with sacred artefacts earned by raising your Seasonal Level.

Begin your adventure to achieve great honour with the free Season VIII: Dynasty update, available from now until September!

For more information about Season VIII: Dynasty, check out the latest patch notes. New to the game? Conqueror’s Blade is available to download and play for free from MY.GAMES Store and Steam.

Celebrate the launch of Season VIII: Dynasty until July 29!