Longting is the new starting region in Season VIII: Dynasty, and at the heart of this golden land lies Hao Jing, the capital city where all players will begin their latest Conqueror’s Blade journey.

Hao Jing is the economic and cosmopolitan capital of Longting. The city marks the beginning of the Golden Road trade route that connects Longting to the lands of the west, and as such is a thriving metropolis bustling with trade and life. Many merchants can be found here, with a new influx of travellers and even warlords taking advantage of the hospitality of the Qian Dynasty.

Notably, Hao Jing is the first peaceable Capital in Conqueror’s Blade. This is due to its status as a key centre of trade, an agreement signed by every region connected to and served by the Golden Road. The city is not contestable in Territory Wars, nor can it be attacked under any circumstances. Keep your blades sheathed! 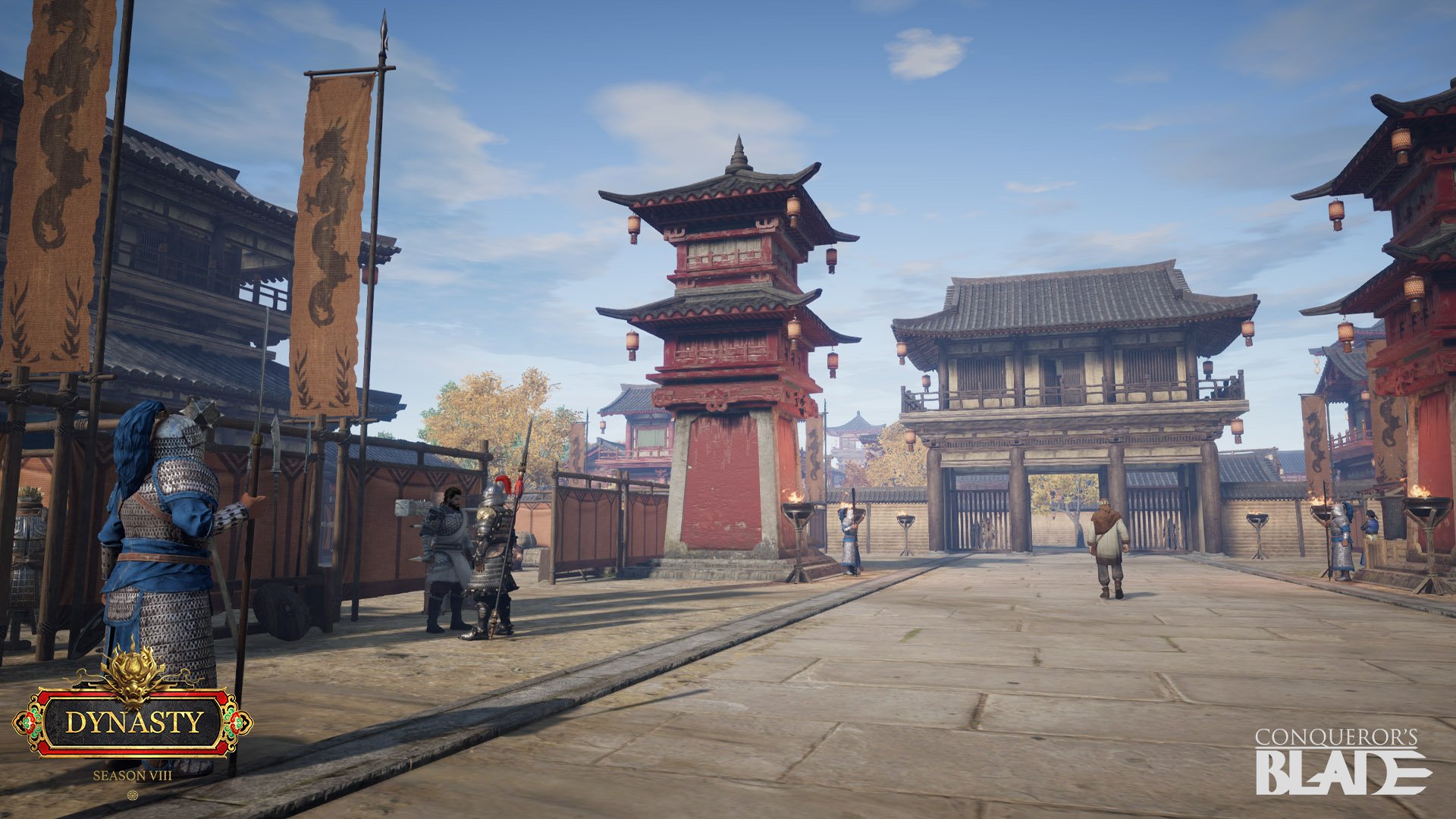 Behold Hao Jing’s stunning architecture as you explore its streets, climb its towers, and meet its denizens—there are lots of NPCs to interact with, so be sure to say hello!

Prepare to start your journey in Hao Jing when Season VIII: Dynasty launches on July 8!