Season VIII: Dynasty will bring the lore and legends of Longting to life on July 8. Throughout the new season, you’ll get the chance to recruit some of the warriors who were instrumental in bringing the region’s mighty Qian Dynasty to power. After shining the spotlight on the Cudgel Monks, we’re going to shift focus to a band of weathered warriors: the Greyhair Garrison (4-Star), veterans of a doomed siege.

The Golden Road, beginning in Longting’s capital Hao Jing and crossing through the Borderlands, conveys much wealth in both directions. In order to ensure the security of the trade route, the Qian Dynasty’s Emperor built a fort in the desert to deter bandits called Linwu Fortress. As professional soldiers, the men garrisoning it are compensated for their service by the state and dedicate their lives to standing watch over the desert.

As the Qian Empire gradually declined over decades, the people of the Zhang Kingdom to the west saw a chance to invade, but they were defeated by Linwu’s warriors on the frontiers. The Zhang general attacking the desert fort changed his siege strategy, and instead cut off all supply channels between Linwu and the interior in order to starve the garrison to death. As experienced as these soldiers were, they were helpless in the face of these ruthless tactics. While some died in battle and others of illness, a few weathered the siege… for 40 years. This self-titled Greyhair Garrison guarded the frontier for decades in spite of old age and the ravages of time, and to this day, it’s said that they remain capable warriors who will never back down from a fight.

A great man once said that all good stories deserve embellishment. The legend of the Greyhair Garrison is loosely based on the real siege of Ansi, a fortress-city in the Liaodong Peninsula defended by Goguryeo against Tang forces in AD 645. The Tang Dynasty, attempting to press into Goguryeo, sought to claim Ansi Fortress as a strategic foothold. An early clash between the forces resulted in heavy losses, including horses and cattle, for Gorguryeo’s forces, and succeeded in isolating the Fortress from other territories. The Tang forces then commenced a heavy siege and launched the full force of their engines against Ansi, but their efforts were repelled repeatedly. After three months of unsuccessful attempts to breach the stronghold, and with the weather turning colder and food supplies growing thin, the Tang forces eventually retreated, leaving Goguryeo’s defenders victorious.

Another inspiration for this unit was the Four Garrisons of Anxi, Tang troops stationed at the Indo-European city-states of Qiuci, Yutian, Shule, and Yanqi following the annexation of the oasis kingdom of Gaocheng in AD 640. The Anxi Protectorate defended Tang interests for over 40 years against other contenders for power in the Xi Prefecture. 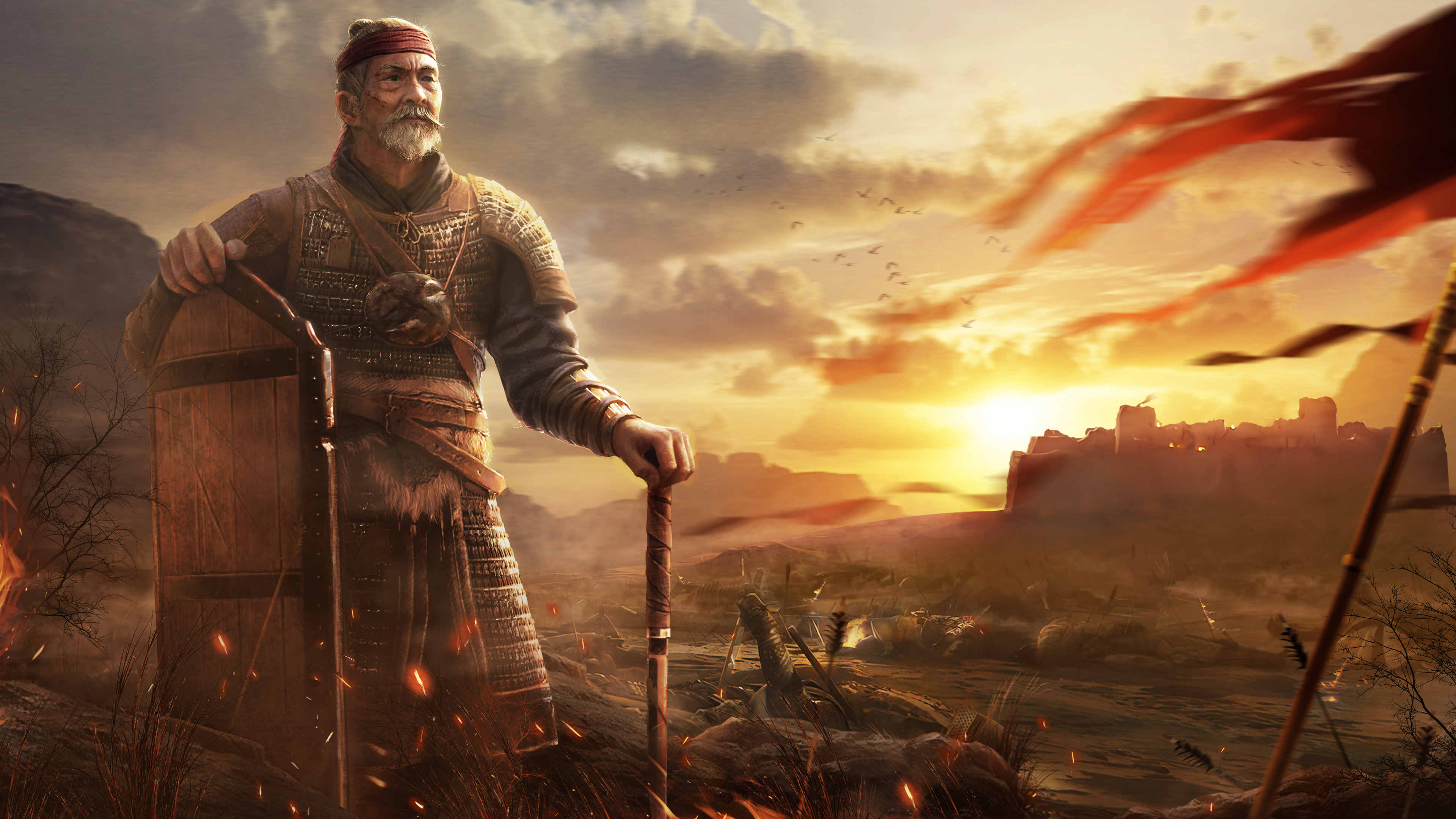 The Greyhair Garrison may be long in the tooth, but these soldiers will fight to the last while they still draw breath. They employ spears, swords, and shields to slash, bash, and stun or knock down enemies. When they get into the swing of things, they can increase their attack at the expense of slowly draining their health. However, when their health reaches a critical point, they’ll further increase their attack and receive more health with the more hits they successfully land.

Recruit the legendary Greyhair Garrison during Season VIII: Dynasty, launching as a free update for Conqueror’s Blade on July 8!