Since entry to Maoyang and Liangyun was restricted, the Borderlands has very much been on the periphery of world affairs despite being at its geographical heart. Generals and their armies have dutifully marched in and continued the process of securing its many underdeveloped (but lucrative) fiefs, but the region has not been the grand prize it once was. The Conqueror's City, for so long the desert jewel that every warlord courted for their crown, seems almost to have been swallowed by the sand.

For our fearful travel writer, however, the generals being preoccupied in the west has been a boon. It has meant being able to travel the length and breadth of this vast and varied region without fear of being caught, captured, tried or executed. For as long as that remains the case, the Borderlands is a worthwhile destination for those that seek the myriad pleasures of life on the road without the stresses of being left to die at its side. 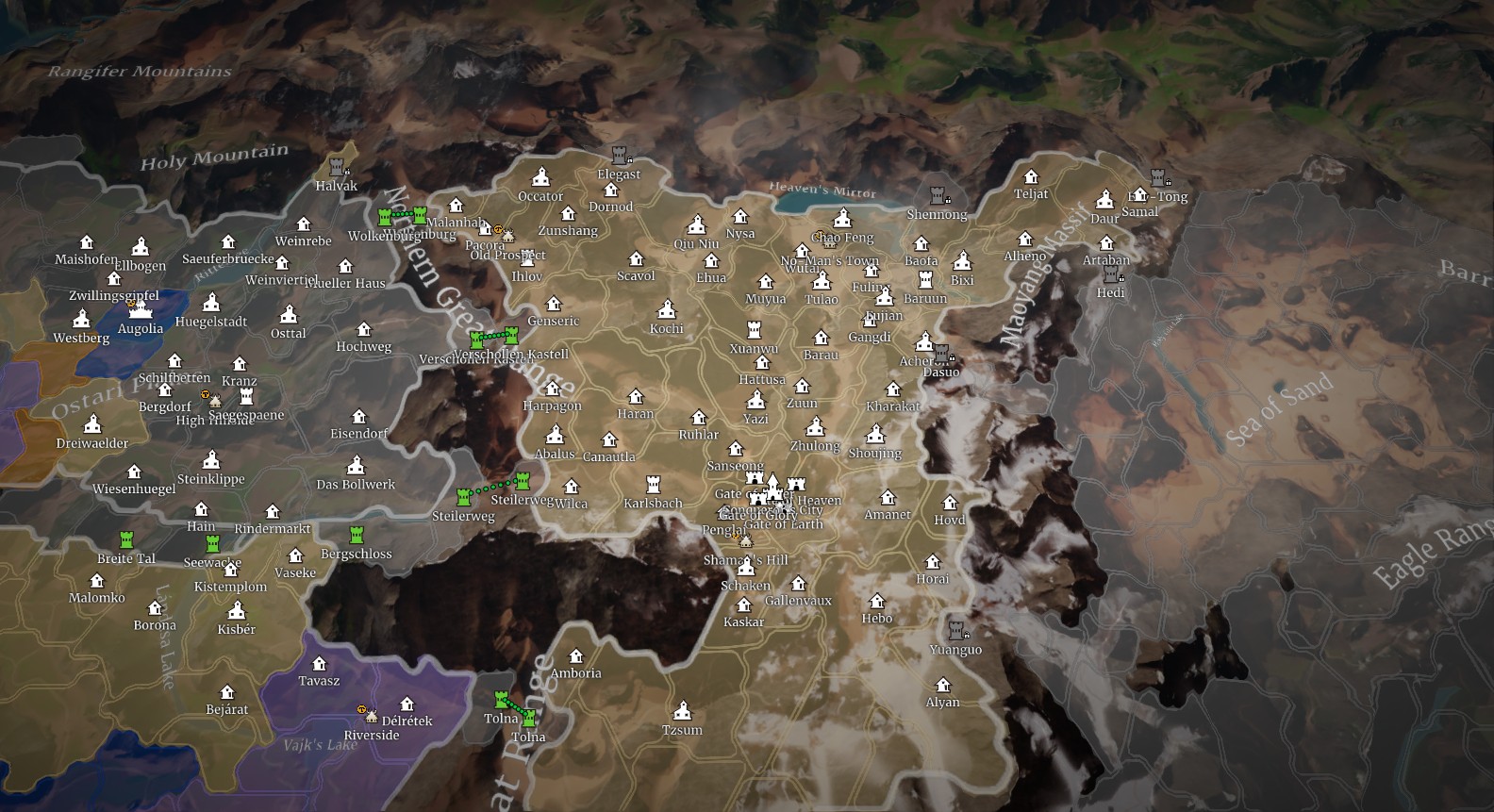 The Borderlands is an arid and rugged mountainous hub, bordered by Ostaria and Ungverija to the west and by Maoyang and Liangyun to the east. Because of its size, it’s informally classified as two regions, with the Northern Borderlands extending along the latitude dominated by Heaven’s Lake (the region’s only permanent source of water), with the disused border fort at Elegast marking its northernmost point. The Conqueror’s City, the regional capital and the largest city in the known world, sits at the crossroads of the region and is the point through which all southbound traffic must pass.

To the south, the Borderlands is less of a sprawl, with the narrow band of habitable land sandwiched between the Jade Mountains to the east and the Southern Great range. The sparsely populated area, known as the King’s Valley, arcs westward to end at the narrow border town of Segnia, which guards the only access point into Anadolou by way of a treacherous mountain pass to Fossatum in north-east Anadolou. 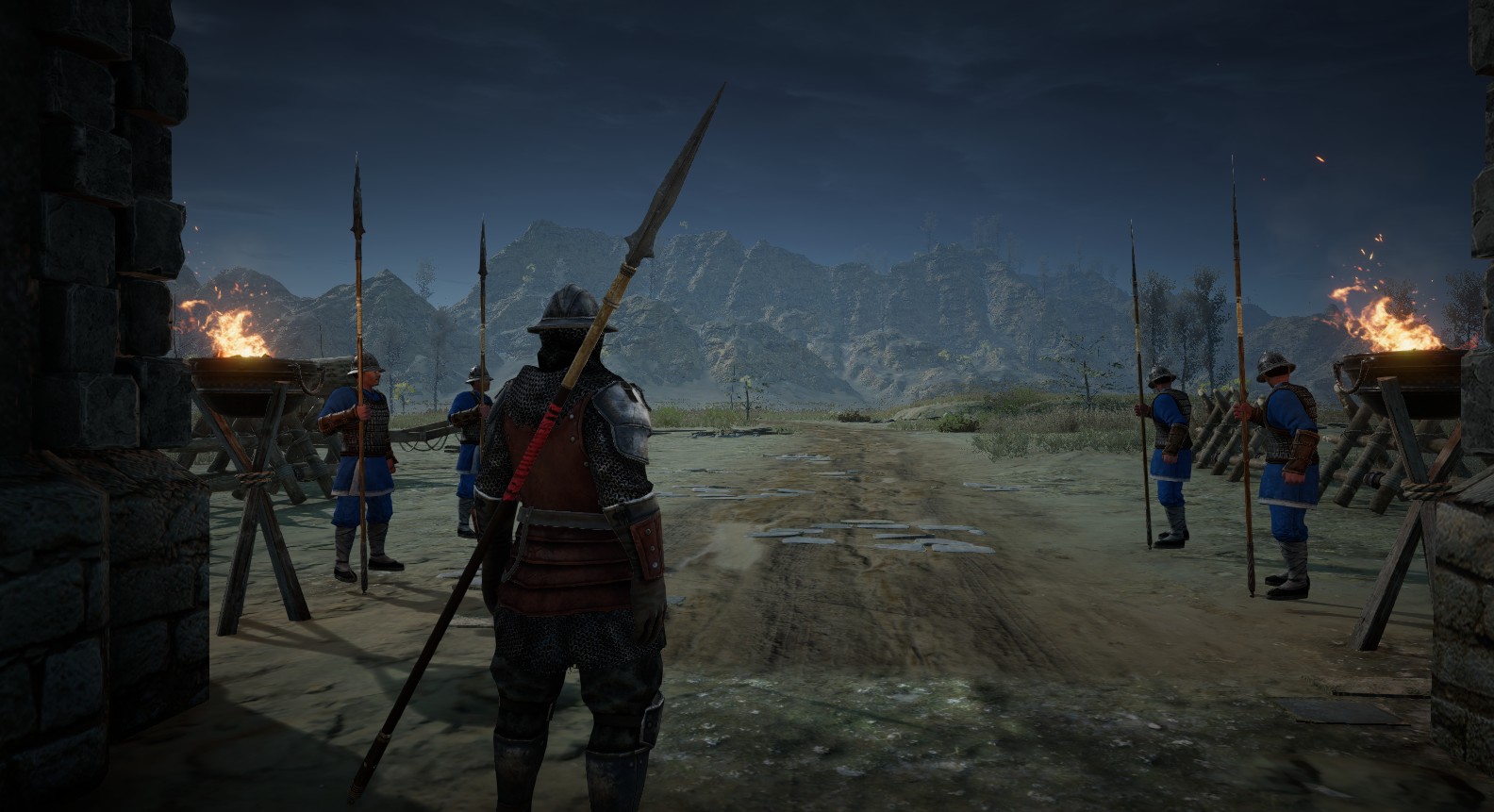 Its central location means that the Borderlands has more crossings into neighbouring regions than anywhere else. There are three into Ostaria, two into Ungverija, and one leading into Anadolou. There are also four border access points into the eastern regions, although due to reported instability across Maoyang and Liangyun, these crossings have been closed for some months, with only items of essential trade allowed through. There are rumoured to be dozens of ancient mountain paths crossing into the region from all sides, initially discovered and long since maintained by smuggler gangs. These are left unpoliced by the authorities and are considered too dangerous for anything other than seditious rumour and illicit substances, both of which are in high demand across other capitals. 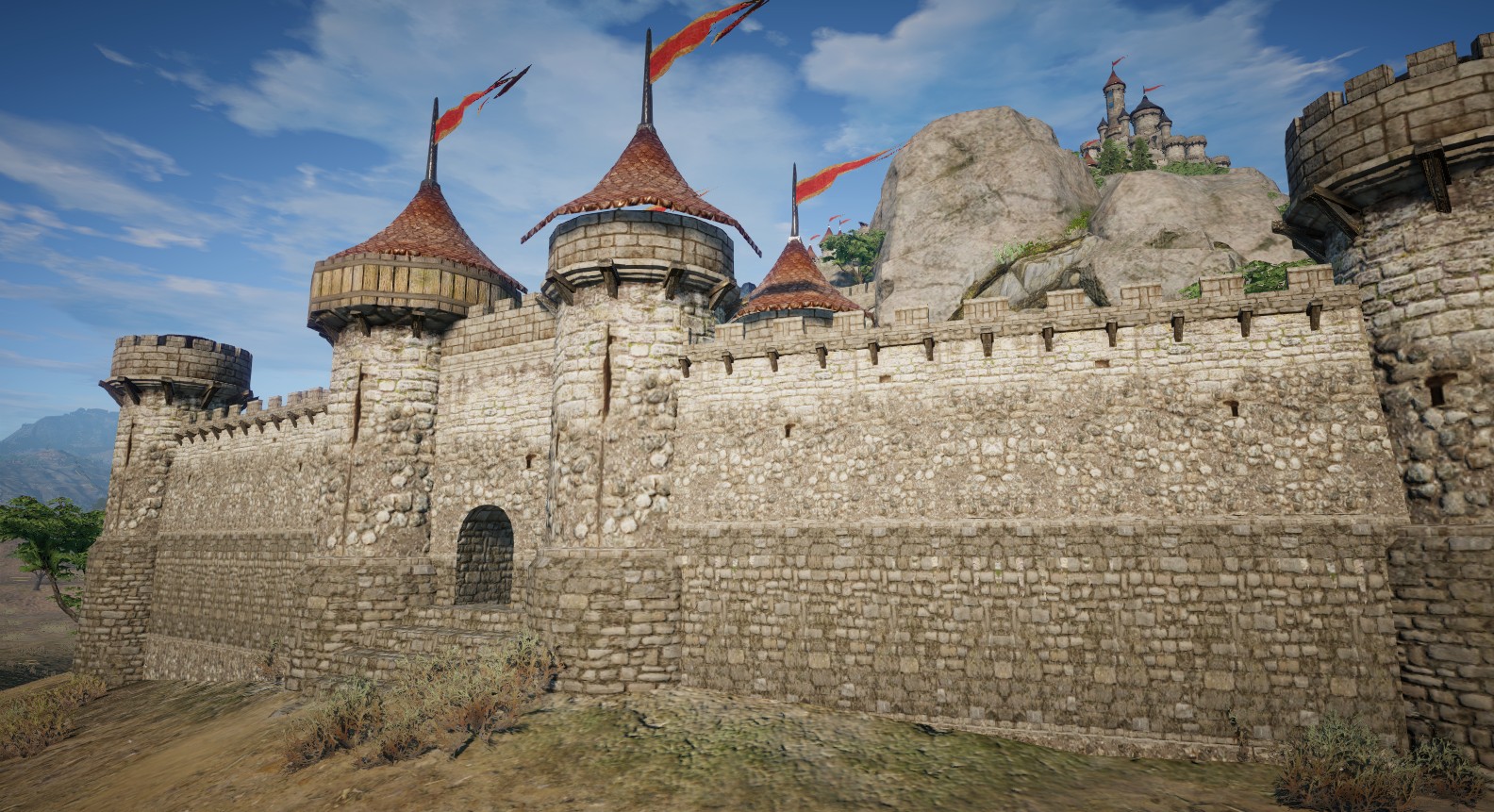 Being essentially a dustbowl squeezed between two mountain ranges, the Borderlands has traditionally been a place to speed though rather than settle, which accounts for the fact that much of the population can trace its roots back to the families of criminal gangs or escaped prisoners of war. As such, the history of the region has been passed down as much by oral tradition as any reliable texts. Where there exist written accounts of the founding of the Conqueror’s City, for example, we can trace the source back to the courts of the neighbouring powers. The takeaway is that much of the written history of the region has long been appropriated to service the legacies of the powers that have sought to control it - which is ever the case in human affairs. 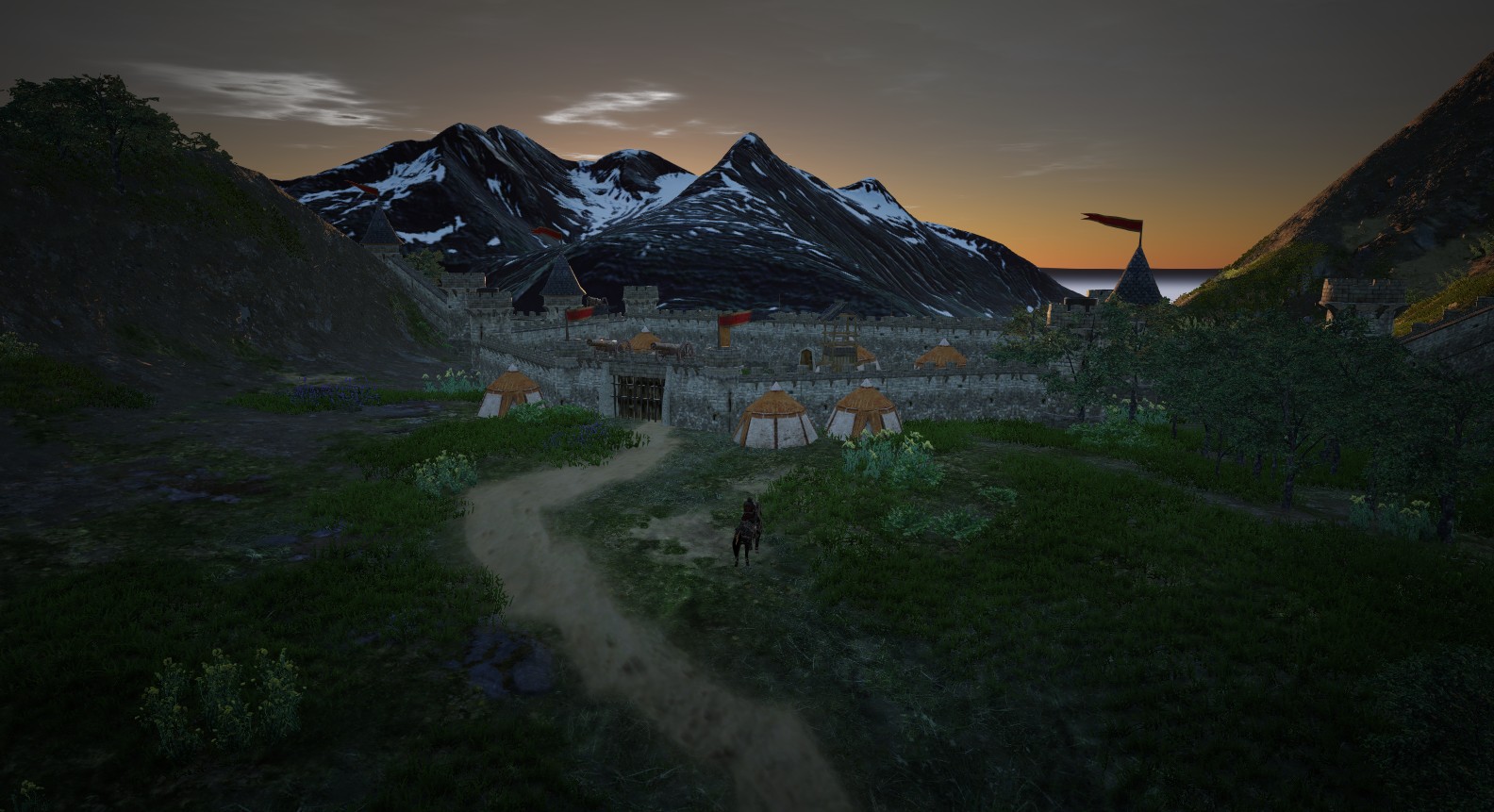 It lacks the infrastructure of other regions, with roads being poorly maintained compared to those of Ostaria and the like. But, as a whole, the Borderlands is no more difficult or dangerous to traverse than other places in the world. Poverty and lack of investment mean that the region has more than its fair share of armed brigands, many of which are surprisingly well-armed (thanks in part to those mountain pathways), but they are as easy to placate with a few Bronze pieces as they are anywhere else. Just ensure you have enough local currency to bribe your way out of any difficult situation - but not so much that you will attract undue attention.