In ancient times, music survived mostly for as long as people could remember it. With no easy way to commit melodies, especially those of folk songs and skaldic ballads, to paper – or parchment, animal skin, or canvas – music could change beyond recognition as it travelled through the ages, passed down and held in memory.

Various stringed instruments, pipes, and flutes from the Viking Age have been discovered on archaeological digs, and upon visiting Hedeby, Denmark in the 10th century, the Arab merchant Al-Tartushi wincingly described Vikings’ singing abilities as “a rumbling emanating from their throats, similar to that of a dog but even more bestial”. So, while there were no Lady Gagas or Justin Timberlakes climbing the charts in ancient Scandinavia, we know for a fact that they liked a bit of a singsong. Speaking of!

Far removed from the Vikings’ throaty vocals, the silky tones and strumming you can hear in the above video belong to Kristoffer “Juriel” Bailey, our North American Community Manager who can tear up the stage just as well as the battlefield in Conqueror’s Blade. He’s singing Drømde mik en drøm i nat – which translates into English as ‘I Dreamed A Dream’ – a secular song written in Old Norse sometime before 1300 AD. It’s one of the oldest known songs from its time, and it’s likely that its origins can be traced back even further to Scandinavia during the Viking Age.

The music was discovered in the Codex Runicus, a manuscript detailing Danish history, monarchy, and law written on vellum (calfskin parchment) in runes that correspond with letters from the Latin alphabet. The final page of the Codex features the first two lines of the well-known folk song along with musical notes on a four-line staff, offering a tantalising glimpse of what ancient Scandinavian music may have sounded like. 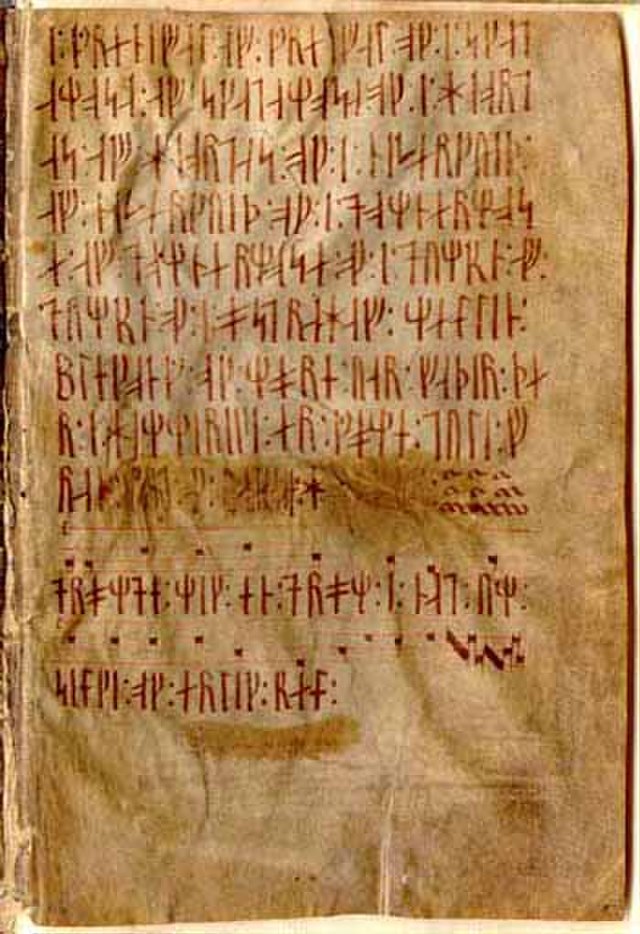 Fancy yourself as the next ABBA? Here are the lyrics to Drømde mik en drøm i nat (thanks Realm of History):

This feature is brought to you as part of Music Week, a special week of content running from May 10-16 celebrating the history of Viking music, and modern-day compositions by Heilung and Booming Tech. Keep an eye on the Conqueror’s Blade website for more features, a contest, and other surprises!

General
Get some behind-the-scenes insight into the music of Conqueror’s Blade.