Videogames use music to immerse players in their worlds and guide players’ emotions throughout their playtime. Simply, catchy 8-bit tracks were responsible for giving millions of players earworms back in the retro gaming era, but the modern gaming landscape is a canvas of variety, with sweeping orchestral scores being commonplace in the more cinematic, AAA experiences of the current generation. Thrashing metal scores our unstoppable march through Hell in Doom, tinkly piano numbers embrace us within the relaxing island life in Animal Crossing: New Horizons, and modern pop and rock tracks get us pumped up to take on the world in FIFA.

Conqueror’s Blade beckons players to fight and shape their own legend in a world at war, and Booming Tech created a suitably epic soundtrack to accompany it. Players’ journeys through cities like Turul Város are met with orchestral, medieval-inspired refrains, and siege battles rage to the beat of furious war drums. When we introduce new factions and cultures to the game, we also look to their historical counterparts for aural inspiration.

Season VII: Wolves of Ragnarok introduced the Northmen, including the Sons of Fenrir, Berserkers, and Shieldmaidens units, all clearly inspired by Vikings and ancient Scandinavian lore and culture. Many string and wind instruments from the Viking Age have been discovered on archaeological digs, but with written musical notation only being made possible centuries later, we had no direct way to know what Viking music, likely played at small gatherings or among friends, family, and kin, may have sounded like other than written records. 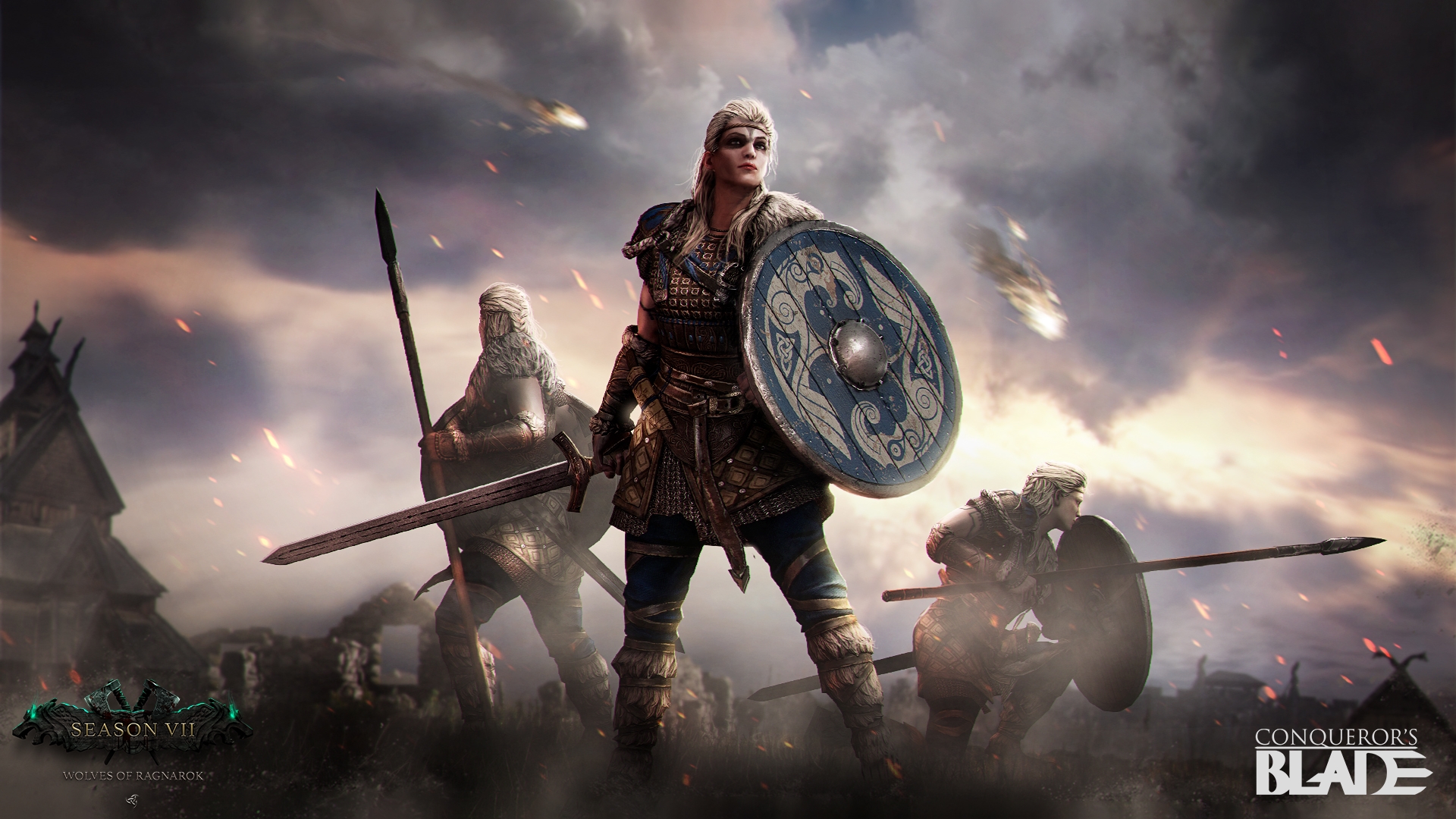 Thyles and skalds, essentially the jesters and bards of the Viking Age, would compose spoken poetry, much of which still survives in sagas and books like the Poetic Edda and Prose Edda. Some historians speculate their compositions may have enjoyed the accompaniment of a harp or lyre. As for how they sounded, when the 10th century Arab merchant Al-Tartushi visited Denmark, he wincingly described the local Vikings’ singing abilities as “a rumbling emanating from their throats, similar to that of a dog but even more bestial.”

This was the perfect launching point for Ye Chenyang, a Composer from Booming Tech working on Conqueror’s Blade, who was looking for an animalistic approach to the Viking sound. “It was my goal to convey feelings of savagery and excitement,” said Ye of the new music he composed for Season VII: Wolves of Ragnarok. “I took much inspiration from the band Heilung and used many ancient instruments. I added orchestral influences to rather simple melodies to give it a more epic feel, and to make it grander and more exciting without losing the ancient feel.”

Indeed, the band Heilung was an instrumental part of shaping the soundtrack of Season VII. Their name means ‘healing’ in German, and their mission statement is to leave their listeners “at ease and in a relaxed state after a magical musical journey that is at times turbulent.” Heilung’s use of uniquely era-appropriate instruments and different vocal styles, combined with music and lyrics based on Scandinavian history and legend, made them the perfect fit for Ye’s vision for the soundtrack, and the creative vision for the season overall.

Their song Galgaldr, taken from their 2019 album Futha, can be heard in the opening cinematic for Conqueror’s Blade throughout the latest season. The harsh, throaty vocals, apocalyptic atmosphere, and lyrics inspired by Völuspá, the prophecy of Ragnarok, set the tone for a dark yet epic saga to come.

Also introduced in Season VII, Heilung Fjord is a new Viking-inspired siege map named after the band. This new locale features another of their atmospheric compositions: Alfadhirhaiti, an ode to Odin performed in Old Norse. “I divided Heilung's music into several sections and added a section to different parts of the siege battle,” said Ye of Heilung Fjord’s soundtrack, intended to take players on a journey through a chaotic battlefield, and perhaps even to the gates of Valhalla.

This feature is brought to you as part of Music Week, a special week of content running from May 10-16 celebrating the history of Viking music, and modern-day compositions by Heilung and Booming Tech. Keep an eye on the Conqueror’s Blade website for more features, a contest, and other surprises!

Earn Twitch Drops of Ragnarok from May 7-16

Events
Gifts of the Norse gods