Hopefully, you found your feet in the first stage of the CBT. Now, with the Guild CBT about to get underway, we hope that you’ll be able to find and rely on your friends as the fight to establish great medieval houses begins in earnest. The servers are warming up as we speak and will open at 15:00 CET (6am PST). All being well they should stay hot until 11:00 CET (2am PST) on February 25th.

As well as being open to pre-order customers and all those with eligible CBT access, members of Houses whose leader has bought a House Founder’s Pack are also eligible to take part in the Guild CBT (for them no pre-order pack is required). Essentially we want established friends and colleagues playing together as much as possible so that the process of alliance building and sabre-rattling can begin, and so that all guild and warfare mechanics are tested to destruction.

(Note: CBT codes issued by third-party sites between 11-15 Feb were exclusive to CBT1. To be in with a chance of securing full CBT access - including the Guild CBT - follow our activities on Discord and other social channels.)

Be aware that the Houses that currently exist on the Guild Hub will not automatically be recreated in-game for the Guild CBT - nor will members of any web-based guild be automatically banded together. Should you wish to recreate your House, you will need to do so manually in-game, before inviting others to join. (Note: this does not impact guild membership as it pertains to House Founder’s Pack ownership - Guild Hub Houses and Guild CBT Houses are treated as separate and temporary for the time being ).

To make the process of establishing yourselves a bit easier, all newly-created characters will be receiving a boost to their starting resources for the full duration of the Guild CBT: 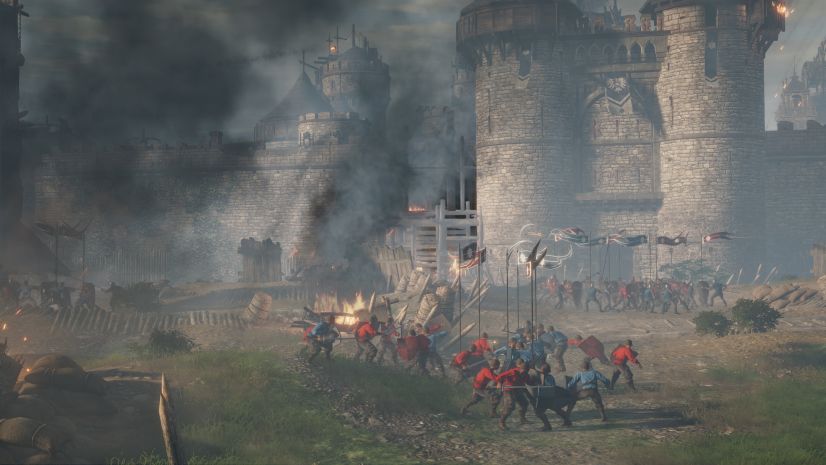 Obviously, you don’t have to get involved in any high-level shenanigans if you don’t want to. Feel free to engage in as many siege and field battles as you wish, or just explore a different corner of the vast resource-rich open world. If you saw enough of the tutorial during CBT1, you can hit ESC at the start of each battle section and skip through it. What you won’t want to miss are the new Guild CBT tasks, that, should you complete them, will reward you with cool items in time for the open beta test:

While we’re on the subject of challenges, there’s one specific to the Guild CBT that we’re excited to see play out. We’ll be watching the progress of all the guilds across both regions (Ostaria and Maoyang) on each server (NA, EU and RU) and the members of the six guilds that control the most territory at the moment the servers come down will all earn themselves an exclusive ranged unit skin, the Golden Sun Mercenary's Attire. It’ll look something like this: 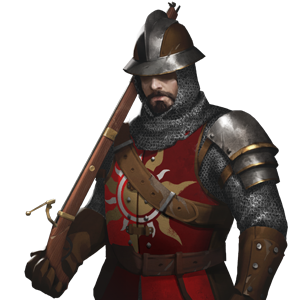 Remember, you have until the morning of 25th February to help us establish what will be a massive social cornerstone of the campaign game. You’ll also be joining us as we pass through one of the most significant developmental milestones on the way to the full release of Conqueror’s Blade. In return, there are alliances to make, challenges to complete and spoils to collect  See you on the battlements!