It’s tempting to think of the lightly-armoured bow-wielding hero as the game’s resident sniper. However, while the weapon does offer range and can deliver impressive amounts of headshot damage (if aimed correctly), it is not a class that is well-suited to clandestine behind-the-lines solo runs. What the Bow is well suited to be is supporting an attack from just behind the front line, using a combination of terrain and defensive units to maintain a position that allows it to deliver high damage without being overrun. Similarly, in defence, the toxophilite hero should be deployed in a position that delivers maximum firepower for minimum risk, using the advantage of high ground whenever possible to help your team maintain or advance its position. 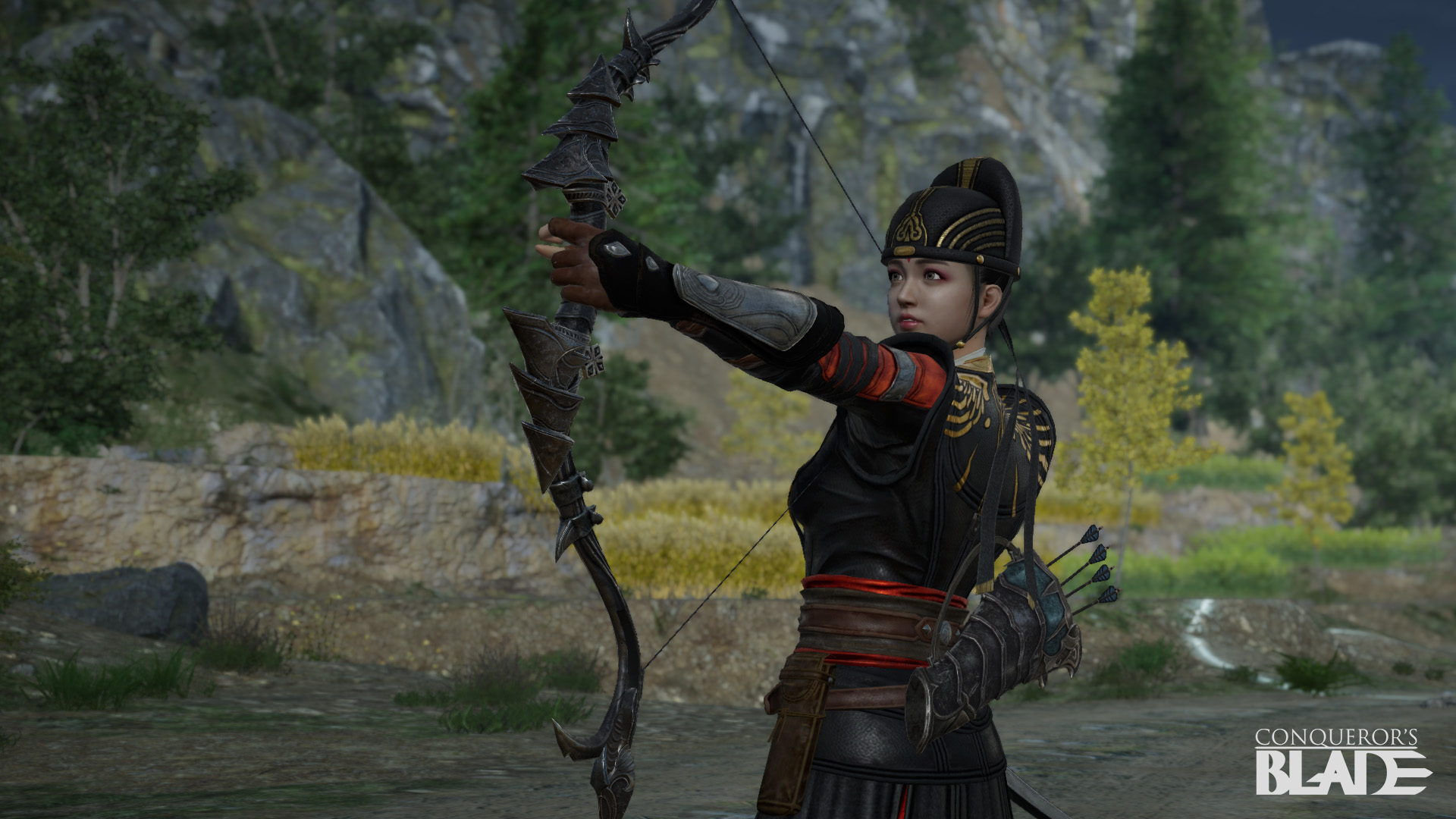 If you plan to fully specialise in any form of Bow, it’s not worth putting many attribute points into Armour or Toughness. Bows limit characters to light armour, which means you’re not going to last long in any melee encounters. Far better and much more skilful to try and wriggle your way free of an assault to live to fight another day.

Most Bow users would urge you to put the majority - if not all - of your Attribute points into Agility, primarily because the weapon deals Piercing Damage, which is maximised by having a high Agility attribute. While some might suggest investing in Strength to make you more effective against heavier armour, the Bow should really be used against lighter units and heroes. 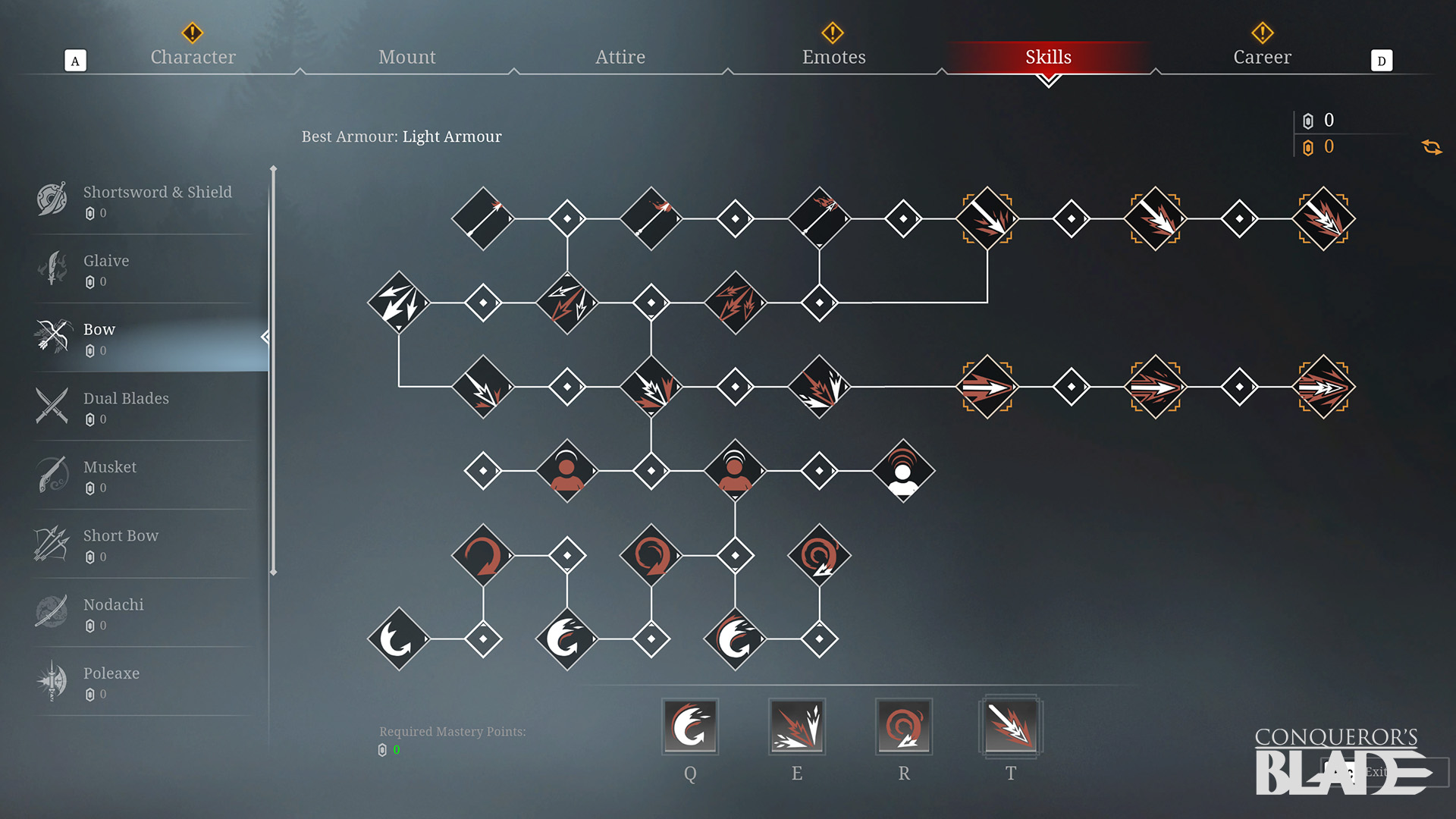 In order to make your shots more effective, it may be necessary to charge them. The longer you hold down the fire button, the stronger the shot will be and the straighter the trajectory of the arrow - at a cost to your hero’s Stamina. All shots being equal, you will deliver more damage and/or enjoy greater armour penetration with a fully-charged Bow shot.

Equally as effective in similar situations, which Ultimate Skill you go for may just come down to how well you can steady yourself before unleashing it.

The Bow requires users to be agile and have a full range of movement to be able to aim and nock a new arrow quickly. This limits them to Light Armour, probably the most suitable of which is the Rogue’s Armour set. With two items equipped, you can enjoy a boost to Piercing Damage and Piercing Armour Penetration. With four items, you can make the most of an increase in the value of your critical hits, making your successful shots considerably more damaging. 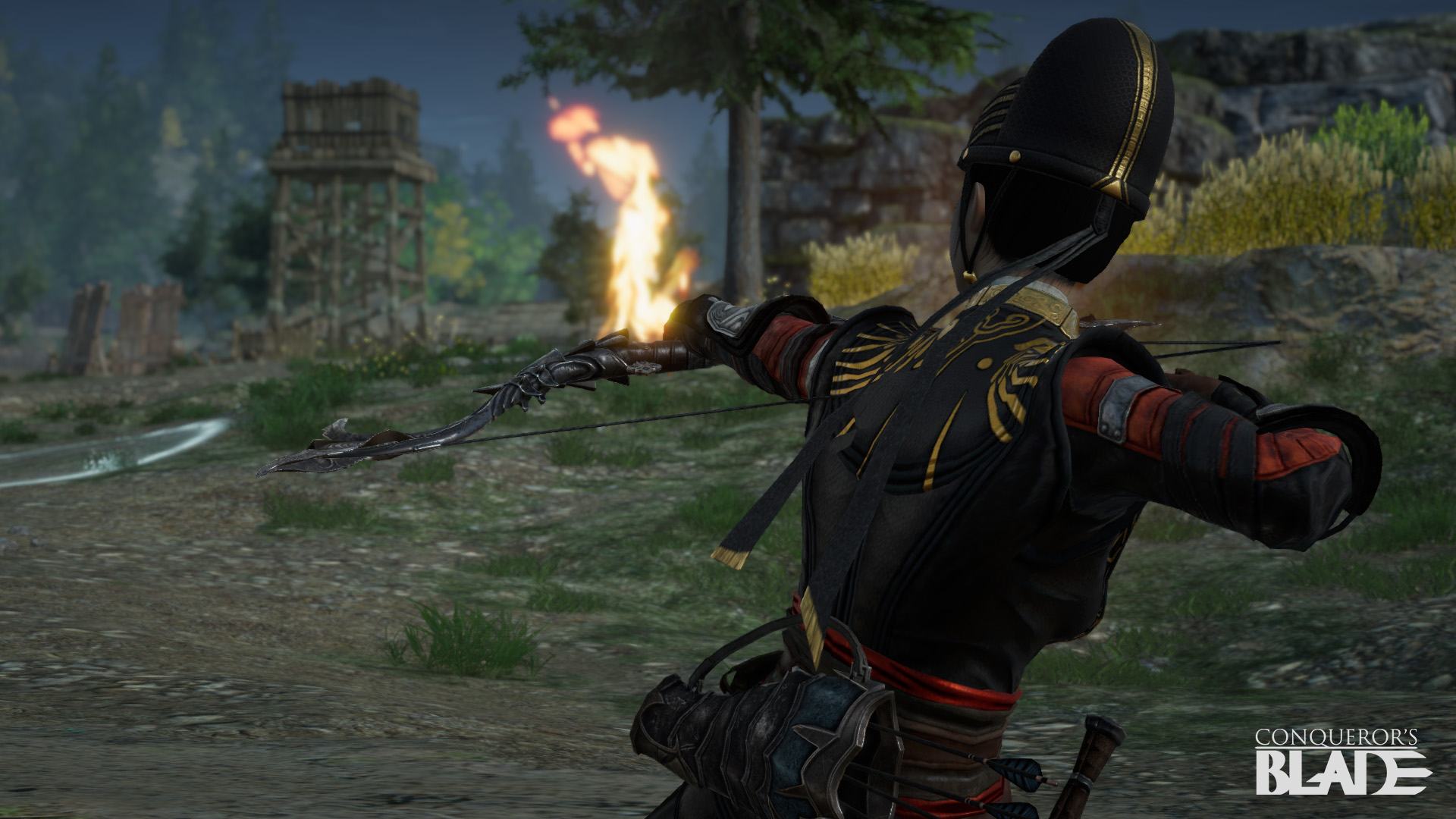 Workers’ Festival: New rewards, drops, and quests until May 12!