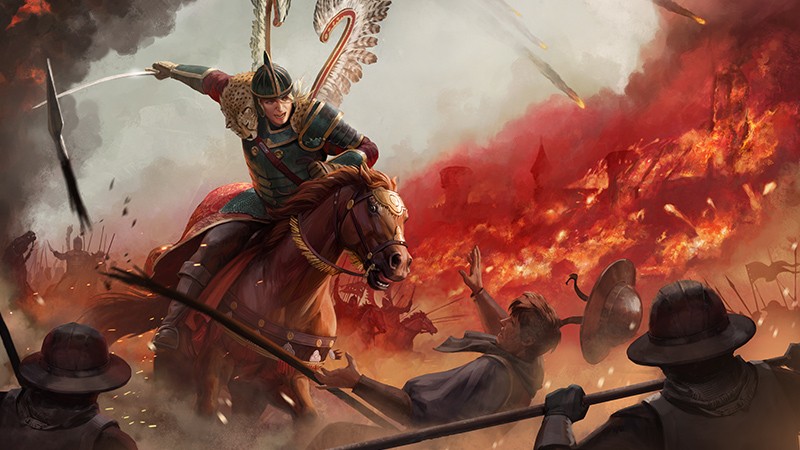 Welcome to the battlefield. Conqueror’s Blade is now available to download and play for free from MY.GAMES or Steam with full in-game Polish localisation, payment support, and dedicated community channels. Everyone at MY.GAMES and Booming Tech is thrilled to welcome Poland and all Polish-speaking players to explore and battle in the world of Conqueror’s Blade today!

THE GATES ARE OPEN!

Conqueror’s Blade is a free-to-play tactical action MMO available on PC. Set in a vast medieval world inspired by real history and warfare, you can create your own warlord, specialise in one of 11 deadly weapon classes, and build and command your army by choosing from 80 unique units. Meet your foes on the battlefield for an epic clash of swords and shields, defend castles, or lay siege to enemy defences in cinematic siege battles.

The game is constantly expanding thanks to regular updates and new content. Seasons are limited-time events where you can complete challenges to unlock exclusive content from the Battle Pass, including cosmetics, new units, and lots more. Season VII: Wolves of Ragnarok is a brand-new Viking-inspired season featuring Shieldmaidens and Berserker units to recruit, the new Heilung Fjord map to besiege, Runes to augment your warlord with, and lots more. Grab your Battle Pass in-game or from MY.GAMES Market or Steam, and fight to unlock epic cosmetic rewards inspired by Norse mythology and Viking culture today!

If you’re creating a new account or character today, we recommend starting your journey on the Midgard (EU5) server. This is a new Europe-based server that’s already filling up with players new to the game in Season VII, and it’s a great place to explore endgame and PvP content on a level playing field. Join or create your own House to battle alongside warlords from around the world, then take the fight to rival players in massive server-wide showdowns. Territory Wars, a bi-weekly event, is just one example of the extensive endgame content Conqueror’s Blade promises its warlords.

The Beginner’s Guide to Conqueror’s Blade is packed with useful information to help give you the best start possible. Prepare for battle by exploring other articles and pages on the website, and be sure to join the official Conqueror’s Blade social channels over on Discord, Twitch, Facebook, Twitter, and Instagram. When you’re ready, you can download Conqueror’s Blade for free from MY.GAMES or Steam. Don’t speak Polish? Conqueror’s Blade is also playable in English, French, German, Spanish, Turkish, and Russian!

Lead the Charge with the Hussar Hero Collector’s Pack!

Promotions
Get Rotmistrz's Hero Attire together with a Mount Set, 90 days of Premium time, Silver, and siege weapons.