A three-star melee unit with a penchant for lupine hides, Sons of Fenrir are the first of three new units coming to Conqueror’s Blade during Season VII: Wolves of Ragnarok. Like the wolves they worship and seek to emulate (you can check out the lore and inspiration for these units right here), they are light on their feet, hunt in packs and are relentless in their feral attacks against weaker prey.

You will be able to command a Sons of Fenrir unit temporarily after completing just one series of Season VII unit challenges. The unit will become permanently yours after finishing a second stage (along with any XP the unit may have earned along the way). Complete Stages 3 and 4 to secure a damage-enhancing Doctrine and a profile-enhancing Avatar respectively. What the Sons of Fenrir lack in terms of defensibility and damage-dealing (and discipline, it should be noted) they more than makeup for in health and agility. Most skirmishing units would be directed towards an enemy’s flank or rear, to cause the most damage before heavier units arrive to engage them. This unit however can safely be sent against almost any foe’s strongest line, thanks to its ability to make a well-timed leap over it, to then savagely attack an unwitting enemy behind. Sons of Fenrir is the only unit on the battlefield with such an ability, and you can be sure that warlords will be using it at every opportunity to strike fear into the enemy ranks. 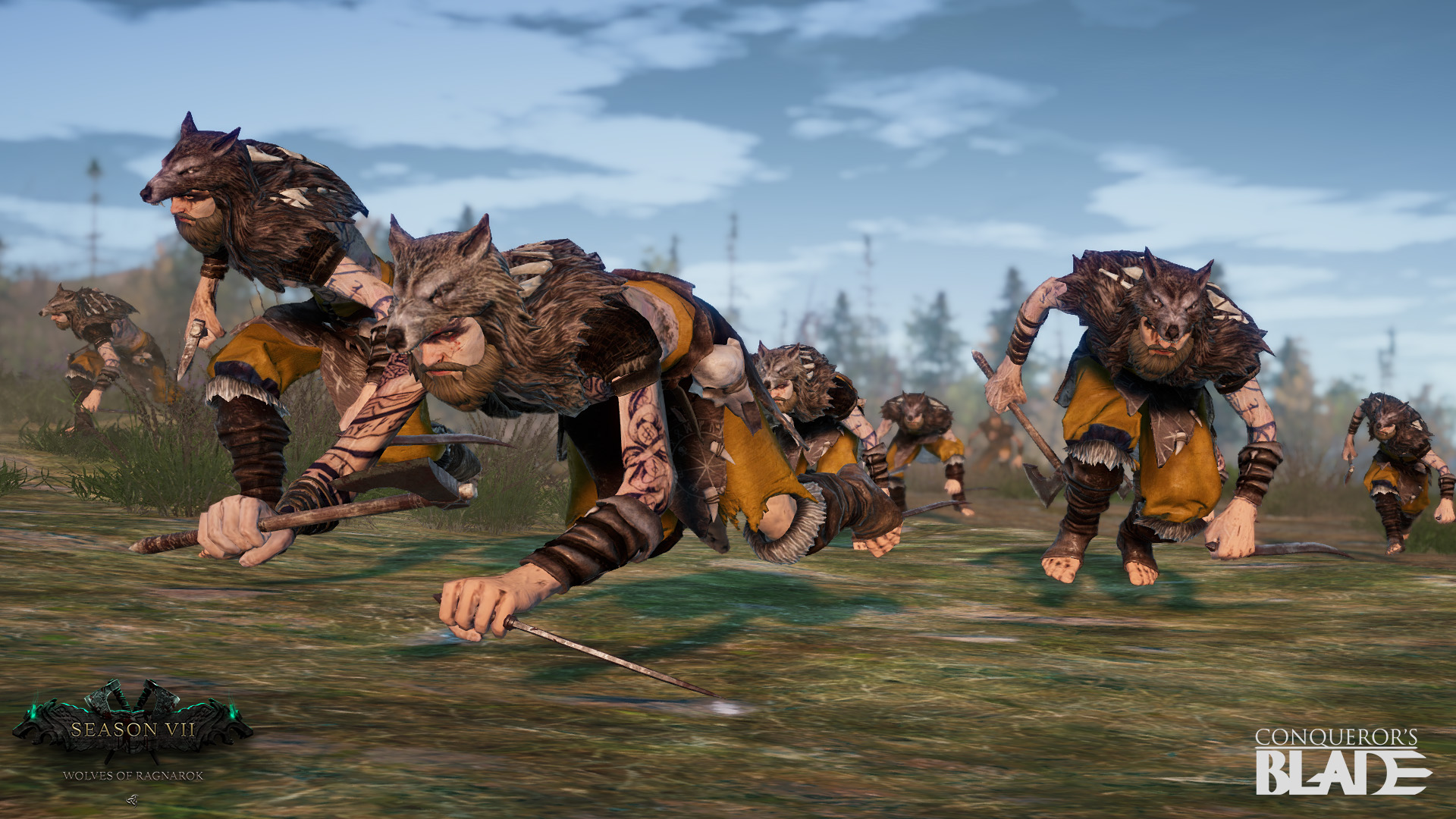 Sons of Fenrir can invest in Veterancy Points across two branches. The top branch generally works to reduce weapon penetration to allow the unit to stay engaged for longer. The lower branch benefits the unit’s attacking attributes and increases damage output after a successful Leap.