Weapon and armour customisation is coming to Conqueror’s Blade! Known as the Rune System, it will be introduced as part of Season VII: Wolves of Ragnarok on March 18!

Runes were not actively used as a means of written communication for Viking peoples, who instead often told stories orally. The word ‘rune’ stems from the Germanic root run- which means a secret or whisper, a nod to their development and use as a language tool by high-ranking Vikings. As such, runestones were often created in commemoration of deeds or people of great importance, and many of them can still be found throughout Scandinavia to this day.

The 26 Ingvar runestones in Sweden are a famous example, erected in memory of the ill-fated Caspian voyage of Ingvar the Far-Travelled. Another famous rune is still in common use around the world, too: the Bluetooth symbol combines the runic initials of Harold Bluetooth (ᚼ and ᛒ), a King of Denmark who united the Danes and brought Christianity to his once-pagan kingdom. Once unlocked, you can apply Runes to your warlord's weapons, helmet and armour, with each bestowing a unique bonus to attributes such as Health, or augmenting various attack or defence stats or abilities. Unlike Weapon Skills, Rune effects are passive, but by mixing them up you can create unique warrior builds that better reflect your personal playing style.

There are two ways to access the Runes interface: 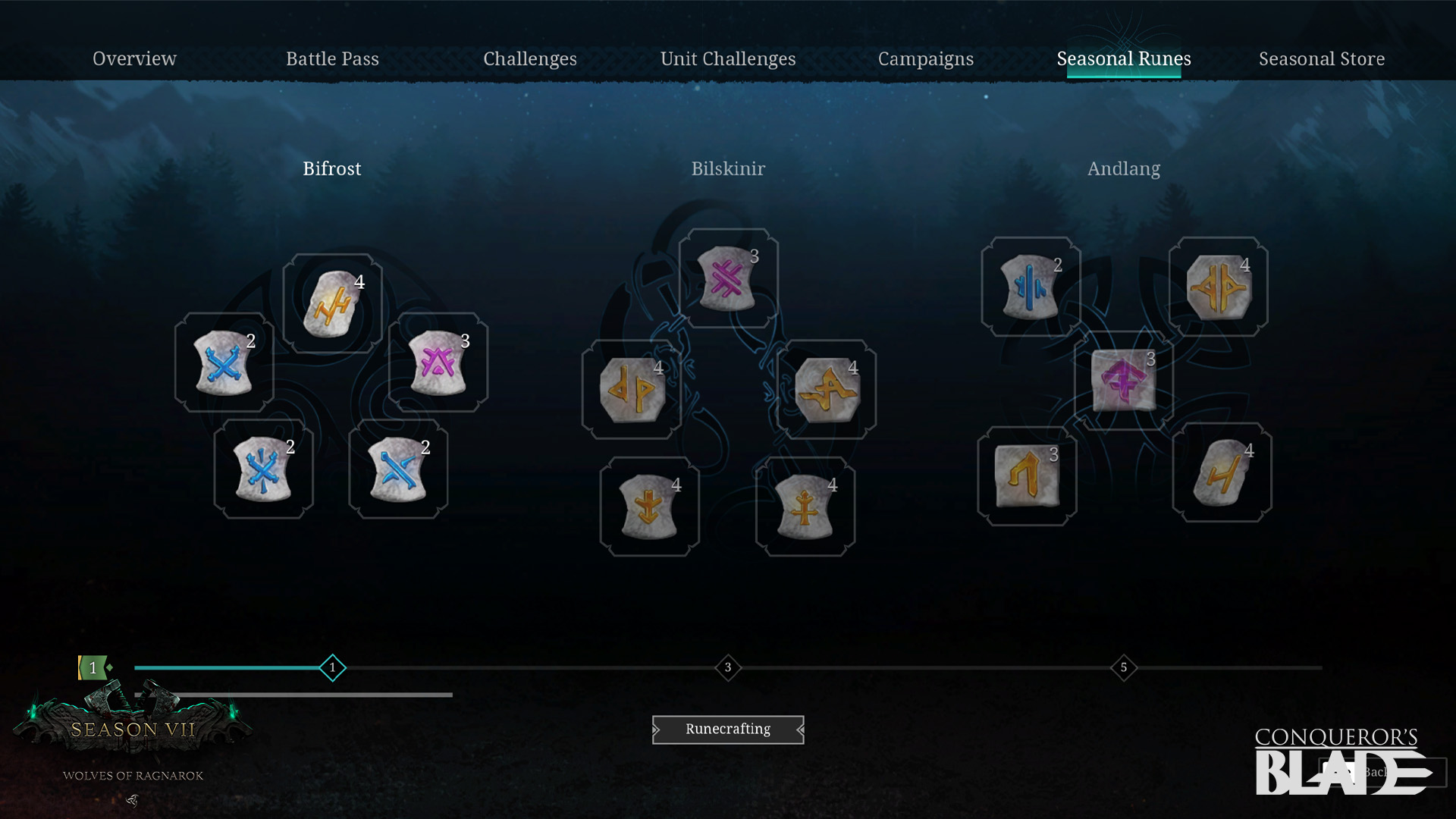 Runes come in different types and grades and are unlocked in accordance with your seasonal level. The more levels you unlock during the course of the season, the more Runes you will have access to. Similarly, when levels are reset at the end of a season, Runes become unavailable.

Runes have to be applied to the correct type of equipment (weapon, armour or helm), with each item able to accommodate a maximum of three Runes. Each Rune has a Rune Power requirement, depending on its grade. The higher the grade, the more Rune Power is required to ‘equip’ the Rune. Each item can accommodate Runes with a total Rune Power value of six (for example, you can equip 1 Legendary with 1 Rare, or 2 Epic, or 3 Rare).

Runes are not physical items and therefore are not consumed when removed or replaced. However, they can only be applied to active weapon and armour items. If you want to see which Runes you have unlocked among all those currently available, click the distinct “four square” icon on any applicable screen.