The Northmen are preparing to assault Conqueror’s Blade when Season VII: Wolves of Ragnarok launches on March 18. Gathering supplies, sharpening their axes, and braiding their beards (yes, even the Shieldmaidens) - all keen to prove their worth so that in the final reckoning they might ascend to the halls of Valhalla. Among their seemingly unstoppable ranks, no unit is more thirsty for a glorious end than that of the Berserkers.

Though something of a cliche, the modern image of a berserker is largely accurate. The Old Norse word berserkr is understood to mean “bear-shirt”, which through the ages has been reinterpreted to mean bare-chested, giving us the enduring visage of the raging barbarian in furry underpants that has become such a staple of fantasy and historical fiction. Were you to fully clothe the berserker in animal skins, the wild-eyed warrior, axes akimbo, charging forward with no regard for personal safety, pretty much nails it.

The modern meaning of “berserk” (as in ‘a murderous frenzy’), alludes to the worshipping of bears (as well as wolves and boars within other clans). By wearing an animal’s skin and assuming its form and manner, the committed warrior hoped to acquire its ferocity in battle, thinking themselves immune to the wounds that might fell others. The abundance of certain types of mushroom and seeds found in Viking graves suggest that a berserker’s self-induced hysteria may well have been augmented with hallucinogenic plants. However, regardless of how they prepared for a battle, there’s no doubt that berserkers were an effective force in the midst of one.

While there’s no shortage of lightly-armoured, heavily-armed melee fighting units in Conqueror’s Blade, by introducing Berserkers we are fully embracing what has become an enduring archetype. Moreover, we can pitch the iconic Norse warriors against those from across the medieval world that they’d never had the chance to cross swords (or axes) with otherwise.

There is no subtlety to a Berserker unit. It exists for one purpose and for one purpose only: to engage an enemy directly and to tear them apart as quickly as possible so that the frenzy can begin anew. There are unit formations for the Berserker commander to consider, one to lessen the threat of incoming ranged attacks and another to brace against a foolhardy foe, but these are game formalities. Simply put, if a Berserker unit isn’t engaged in battle, it should either have been wiped out or the battle declared over. Any other scenario would be a dereliction of duty on the part of the warlord.

As well as swinging their double axes with ursine efficiency, Berserkers can deploy a devastating charge that will claw into almost any enemy, before engaging the floored foe. Having consumed large quantities of certain substances prior to battle, Berserkers are also able to enter a frenzied state for a short period of time, during which the unit will be able to increase its already savage attacks while apparently laughing in the face of death itself.

Stay tuned to the official website and our social channels for more news on Season VII: Wolves of Ragnarok before its launch on March 18! For further reading on Viking berserkers, check out History Extra. 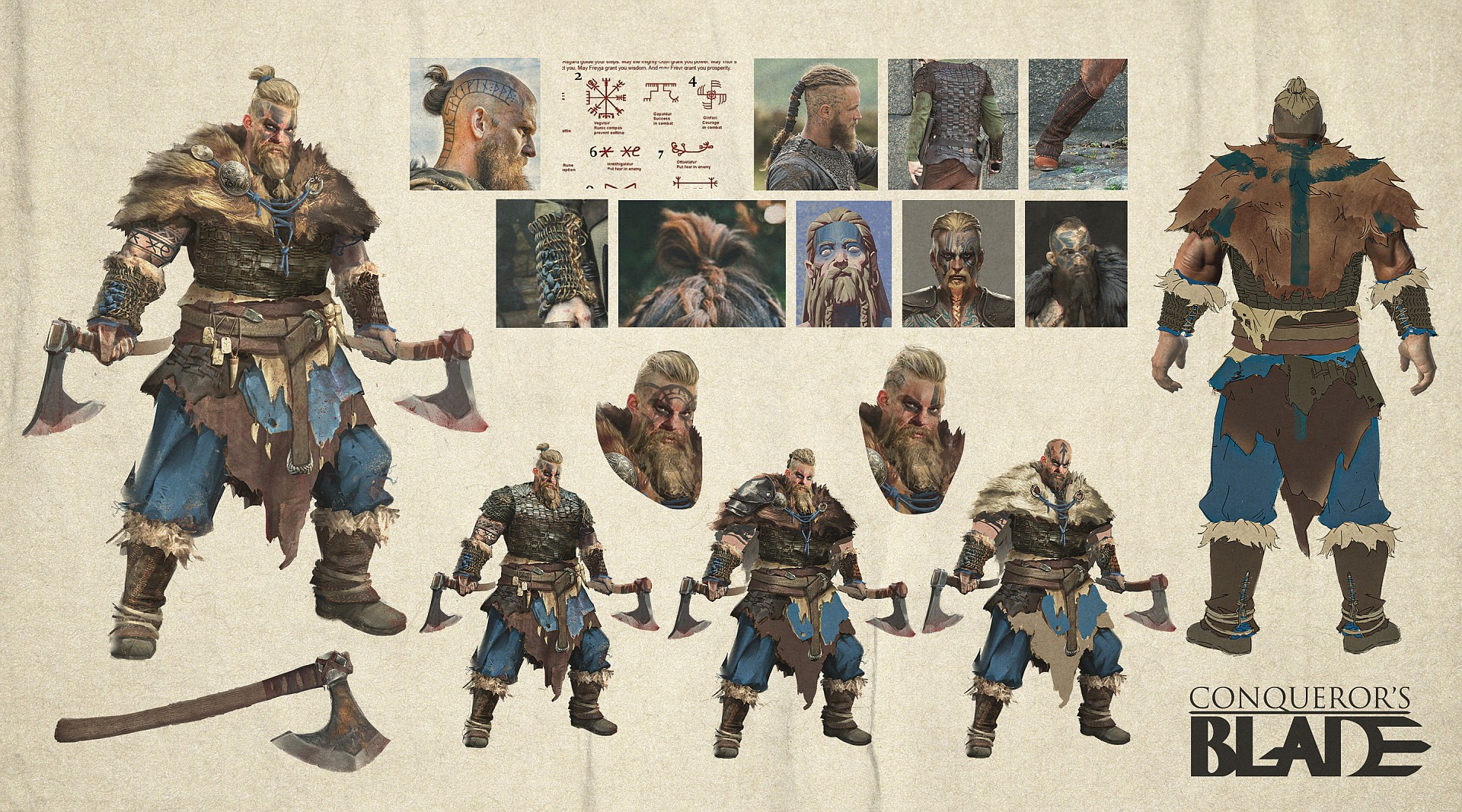