Despite the user being limited to medium armour, the Spear is a formidable duelling weapon. If well supported by units and other warlords, the Spear-wielding hero can be sustained for long battles. However, for most encounters, it is wiser to maintain a discrete distance, advancing only to deliver decisive damage before retreating to the periphery. For this reason, Spear warlords should remain mobile, ready to mount up and search for targets of opportunity rather than wait for a target to come to them. 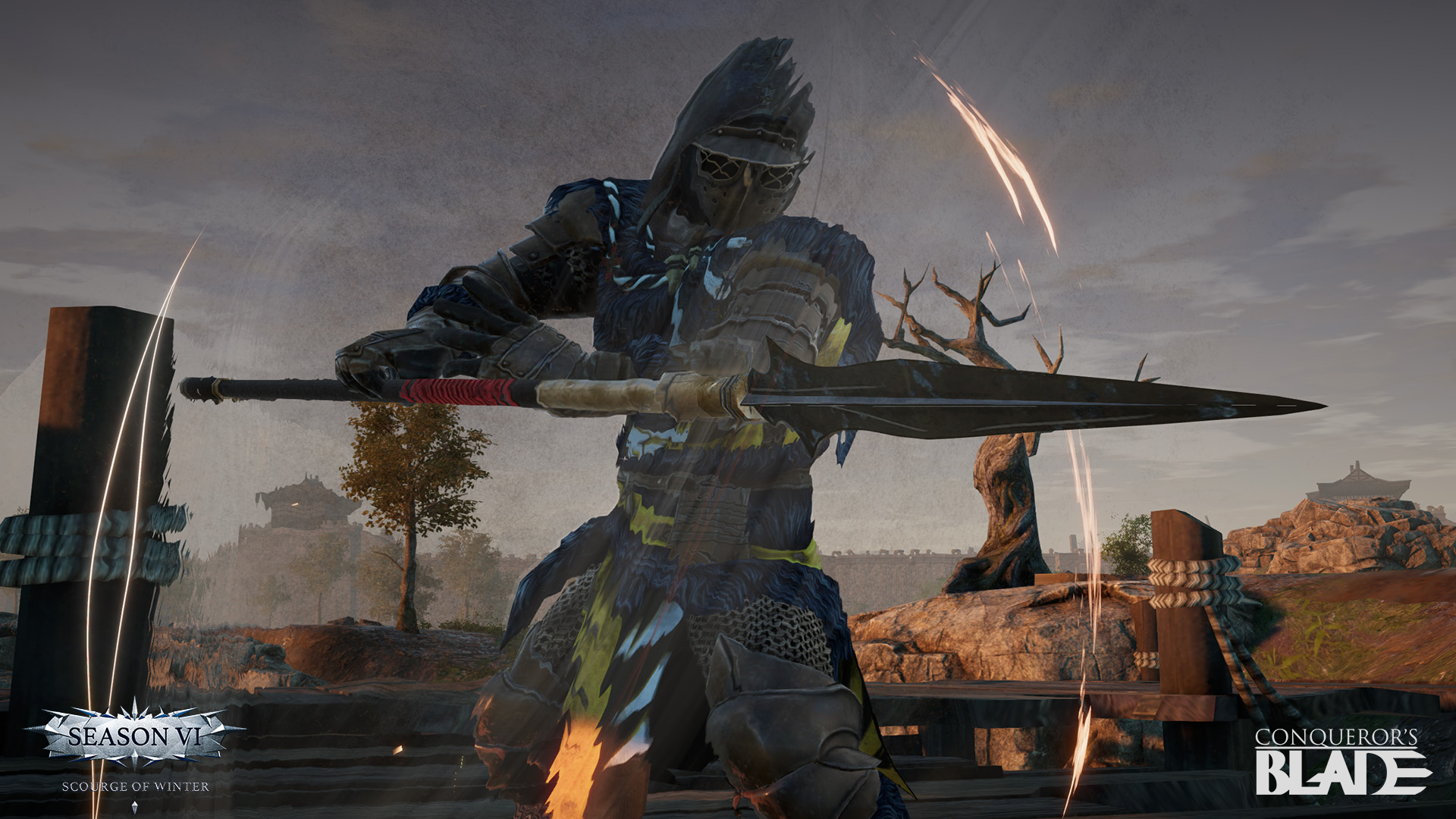 Speed is a key part of what makes the Spear an exciting weapon class. Together with the fact that it delivers high levels of Piercing Damage, it should be obvious that Agility will be, for most, the primary Attribute to focus on. However, the Spear can also be an effective Slashing weapon, so to invest in Strength can also be very effective, especially if you wish to switch out to other melee classes - most of which of course favour the Strength Attribute.

If you want to turn your Spear towards frontline survivability, Toughness will augment your armour capability. Given how relatively poor the class is at dealing with heavily-armoured units (shielded units especially), increasing Toughness should be low on your list of priorities. 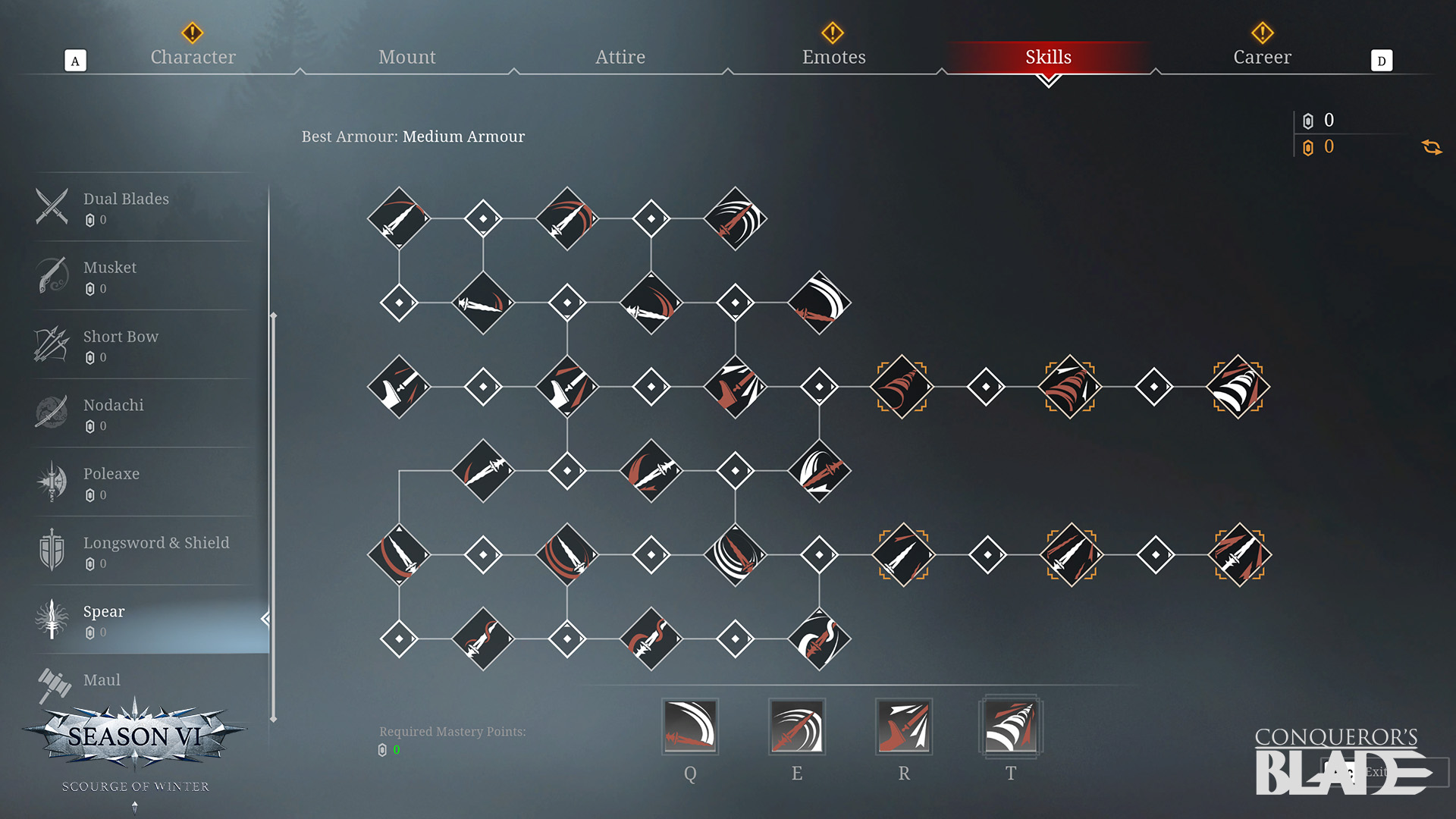 Spear Weapon Skills are all about delivering as much damage as possible in the shortest possible time. Where speed is less important, timing will invariably make the difference. Getting that timing consistently right, however, only comes with practice, or an obscene amount of luck.

A good general build will include Lugh’s March and Hurricane’s Edge, while those that see themselves as the archetypal frontline assassin might favour Procris’s Gift and Gungnir’s Greeting. There are certainly plenty of options for Spear players to play around with at all levels. 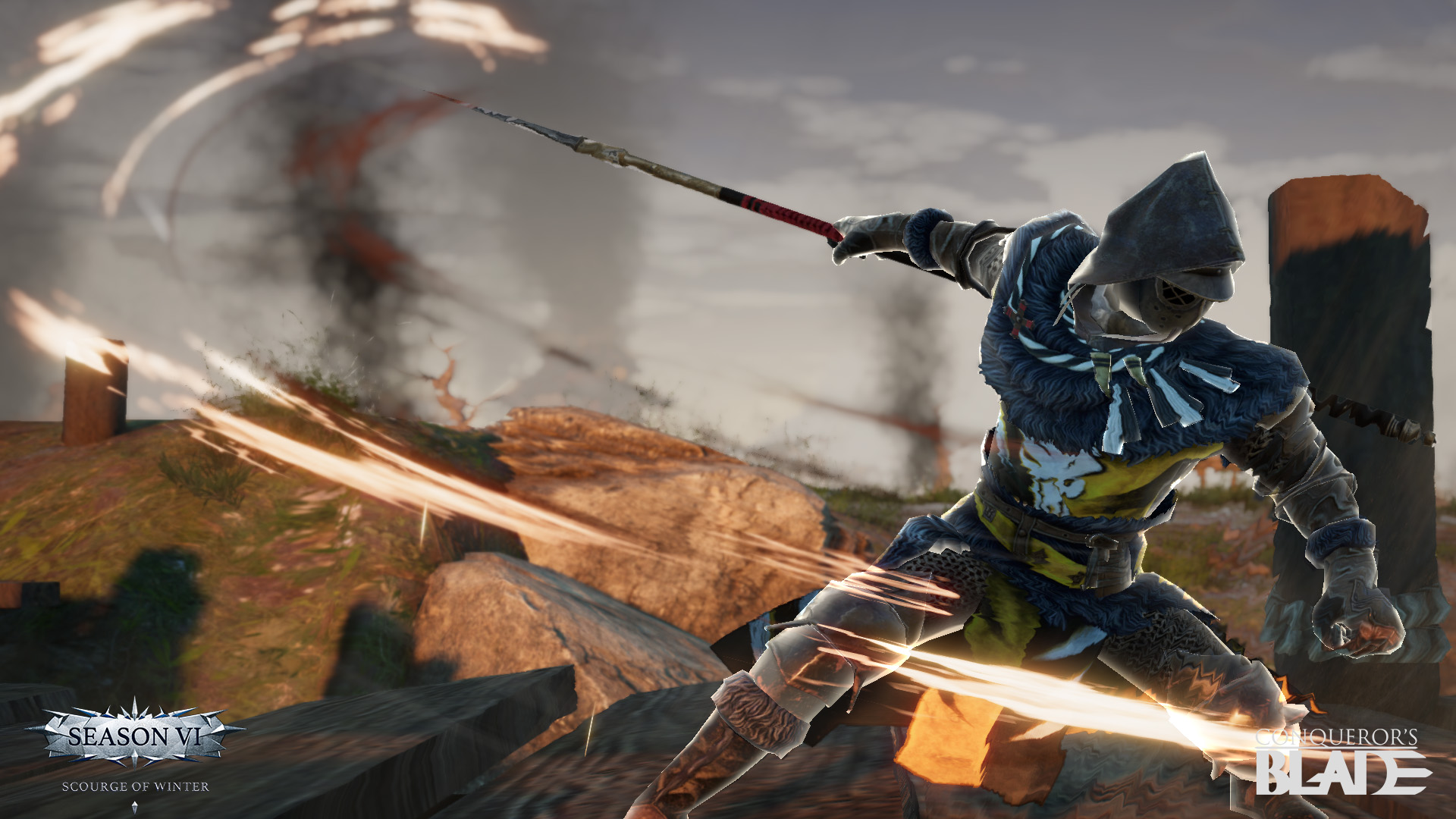 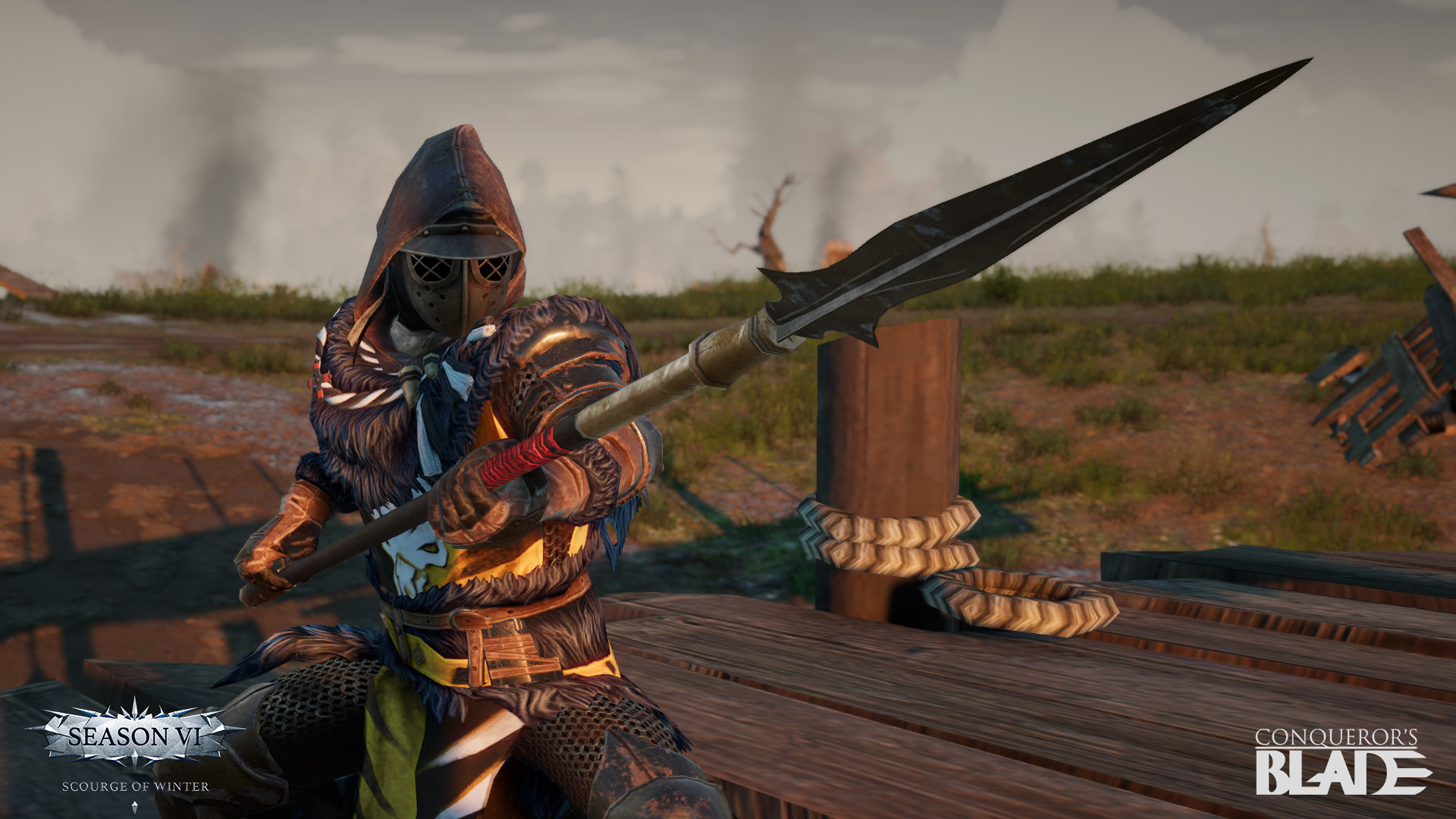 The Carnifex Armour Set is the standard-issue armour option for players limited to wearing Medium Armour. It offers a 150-increase across all three damage types (2 pieces) or a 10-point boost to all basic attributes (Strength, Agility, Armour and Toughness). Beyond that, players should aim to acquire the Sargeant’s Armour Set. As well as offering increased Endurance, Heath and Defense stats, having two pieces of Sargent’s Armour equipped doubles your armour-piercing bonus after landing blows using Lugh’s March, Hurricane’s Edge or Heaven’s Fury. With a full set, you can enjoy a six-second 20% buff/debuff to damage/incoming damage when you land blows against seven consecutive enemies.