As hinted at in the name, a Poleaxe is essentially a battleaxe strapped to a robust stick. While a heavier weapon than the Glaive and thus more damaging, its heavier weight and increased unwieldiness make it comparatively ponderous. When it does strike home, the Poleaxe can be devastating. However, thanks to a combination of heavy armour and a set of skills that harass and frustrate enemies, the Poleaxe has long been established in the role of the tank - although it also has one or two other tricks up its plate mail sleeve. 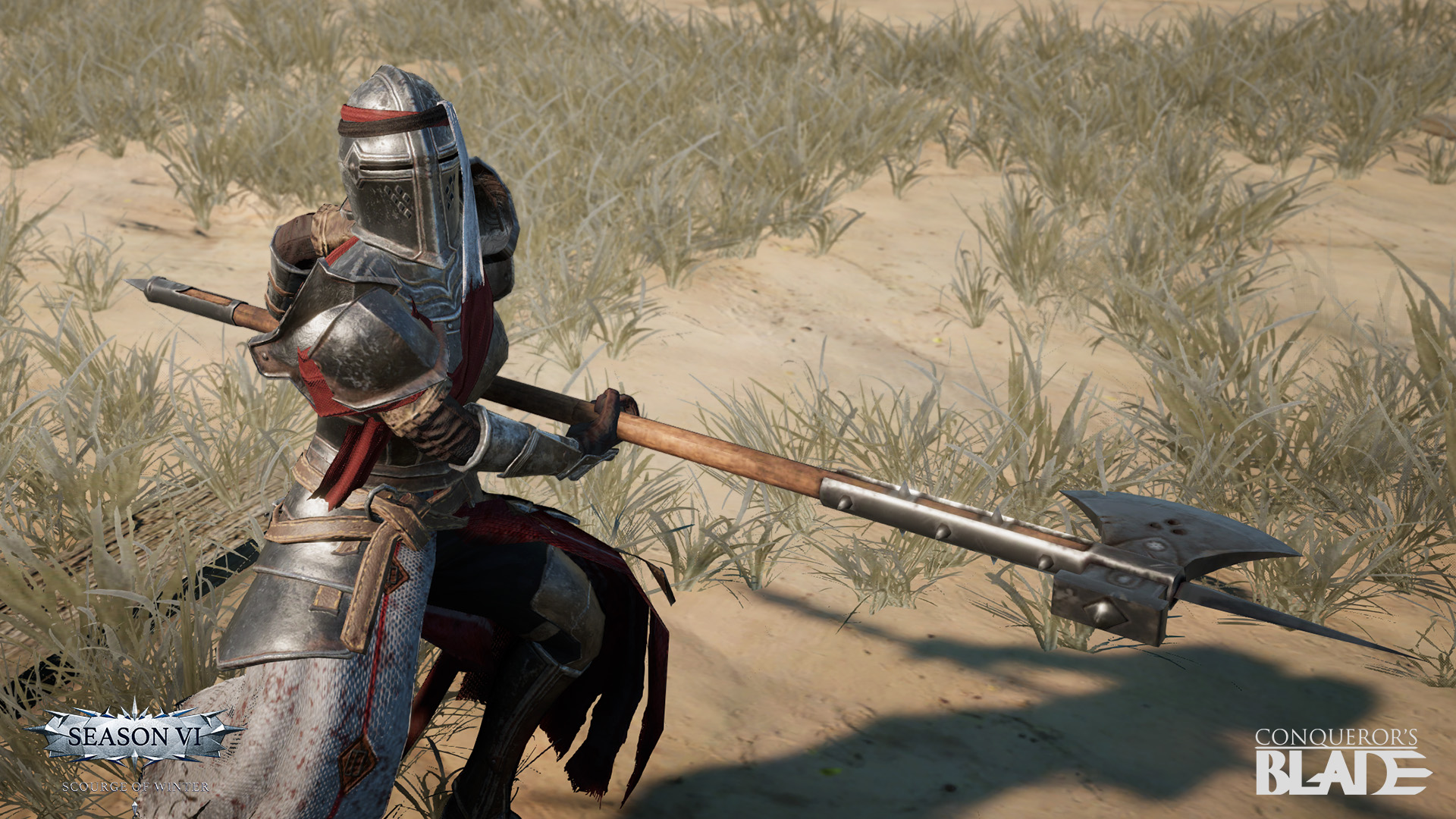 In order to frustrate the enemy for as long as possible by making the best use of a Poleaxe’s Weapon Skills, survivability is key. This is best achieved either by maximising Armour or health (aka Toughness). It’s probably wise to put more into the first than the second, by a factor of at least two, while some players would argue that putting every Attribute Point you can into Armour is the way to go.

Alternatively, if being more of an out-and-out damage dealer is more your style, you might want to consider investing a few points into Agility. This would maximise Piercing Damage, which is the main damage type for a Poleaxe’s most devastating Weapon Skills. 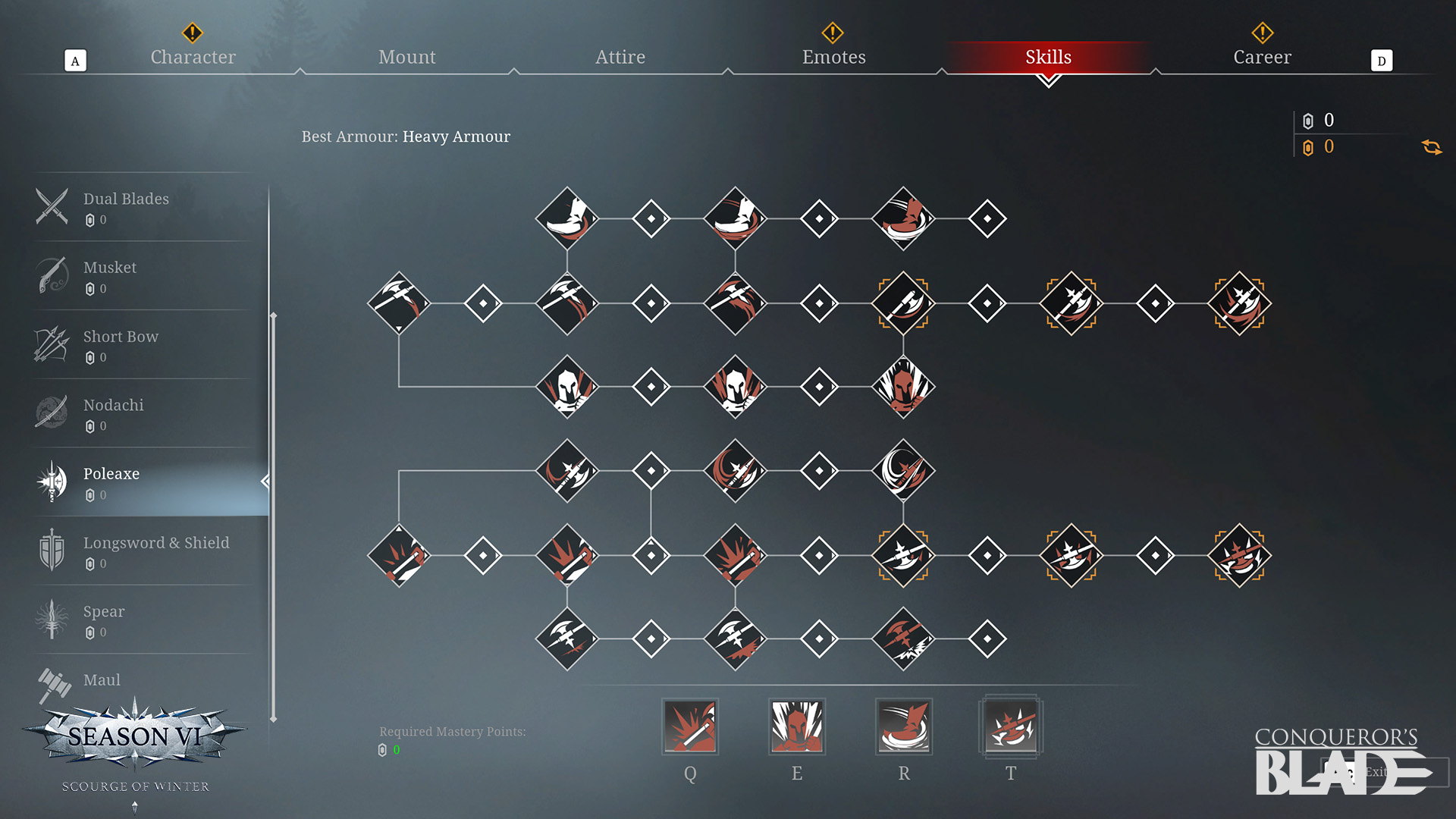 Poleaxe Weapon Skills are all about crushing your enemy, either literally with complimentary direct attacks like Bec de Corbin and Halberdier’s Thrust, or by sapping an opponent’s fighting spirit with attempts to frustrate with stuns and knockdowns.

Assigning Push Back, Grim Harvest and The Old Billhook, for example, likely won’t snatch you many battlefield kills, but if you want to be the one pinning enemies down for others to take the credit, then you can be sure you’ll quickly become very popular on your team. You could complete the support look with the Weapon Dance skill, which significantly reduces enemy attack power, at the cost of a very long cooldown period. 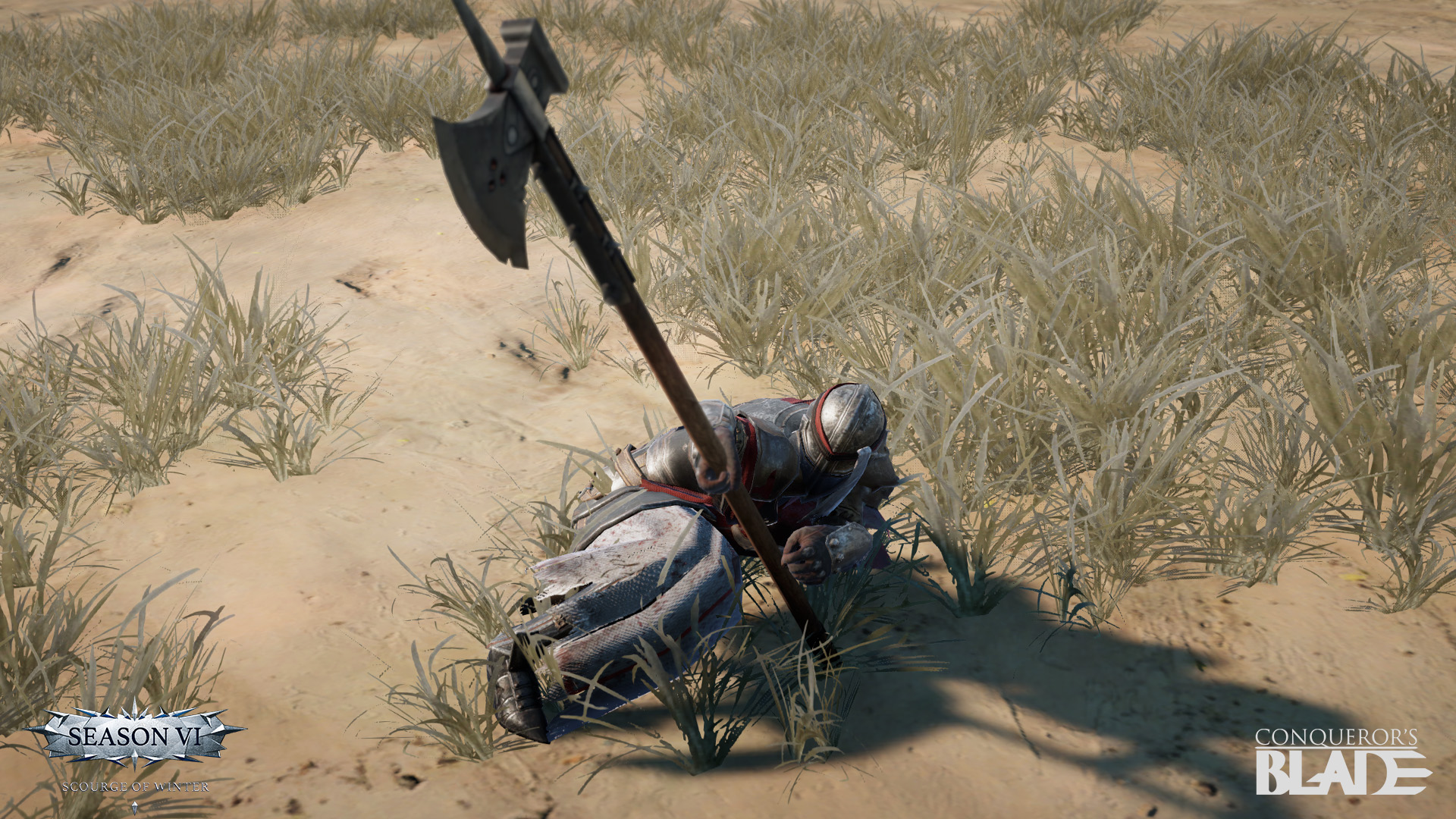 Both Ultimate Skills are similar, in that they serve to knock your opponent over before inflicting upon them large amounts of Slashing Damage. Of the two, Lochaber Strike might appear to be the more effective of the two, as it delivers slightly more damage with a  reduced cooldown. However, given how easy it is for lighter classes to disengage from heavy classes like the Poleaxe, Rough Justice’s charge could make all the difference. 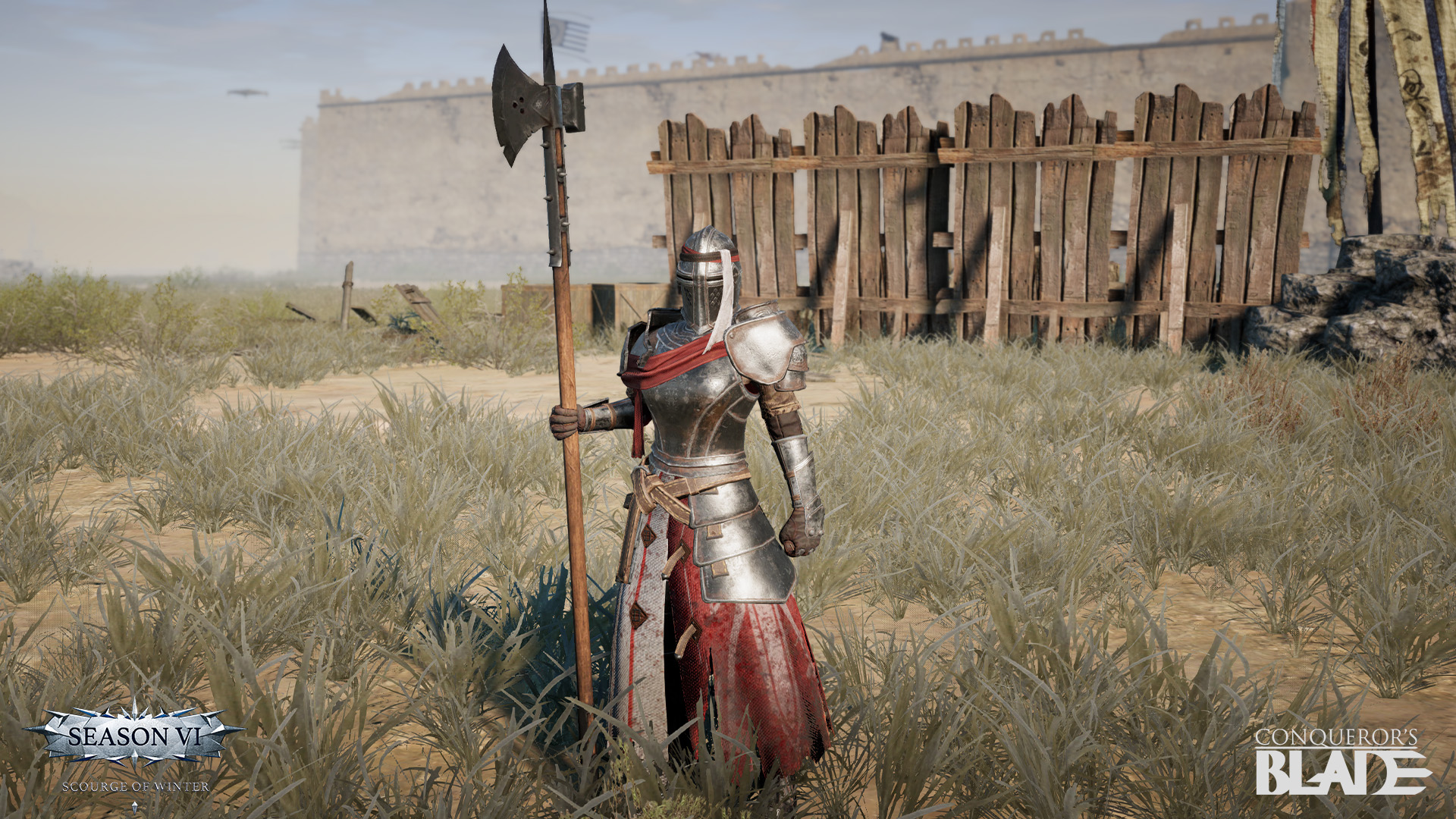 Being a front line brawler, it’s natural for Poleaxe players to want to stick with heavy armour, especially as the Fearless Paladin heavy armour set has been forged with them in mind. With two pieces equipped, the Weapon Dance skills can reduce enemy attacks by up to 60% (making up for that long cooldown). With four items equipped, you can expand the reach of Bec de Corbin to attack four enemies simultaneously.

A more effective option for those wanting to maximise defence over attack is to go for the Guardsman’s heavy armour set, which gives a 5% health boost (two pieces) or a 120-increase in defence stats across the board.