Update 11/02/2021: The type of Influence awarded for contributing to a fief's redevelopment was communicated incorrectly and has been amended.

Update 13/01/2021: The Season VI Campaign Schedule has been updated to reveal what regions and capitals can be targeted and attacked during Stages 4 and 5. Good luck in the battles ahead!

Update 29/12/2020: The original article referred to Lions as a currency rather than a form of experience that determines what items can be acquired with Bronze in the Lion Store. The text below has been amended accordingly.

The release of Season VI: Scourge of Winter marks the beginning of a new campaign, one that takes in the entire western hemisphere of the open world, from Ostaria in the north to Anadolou in the south (with the Borderlands once again in a supporting role).

Season VI features innovative new PvE content related to the campaign called Ruined Fiefs. Tying in with the lore of Season VI, Ruined Fiefs not only shows the devastation that has been wrought across Ostaria by the Desecrators, but also features a mechanic through which you can start to reclaim the region for your House and Alliance.

While fiefs across Ungverija, Anadolou and the Borderlands will be ripe for conquest at various stages of the campaign, before Ostaria’s fiefs can be fought for, they must first be retaken from forces loyal to the Desecrators. Once secured in the name of the Augolian Alliance, there will be a period of rebuilding, after which the Alliance that contributes most to a fief’s reconstruction will be awarded control of it. It’s at this point that fiefs can be targeted by other Alliances and fought for in the usual way. 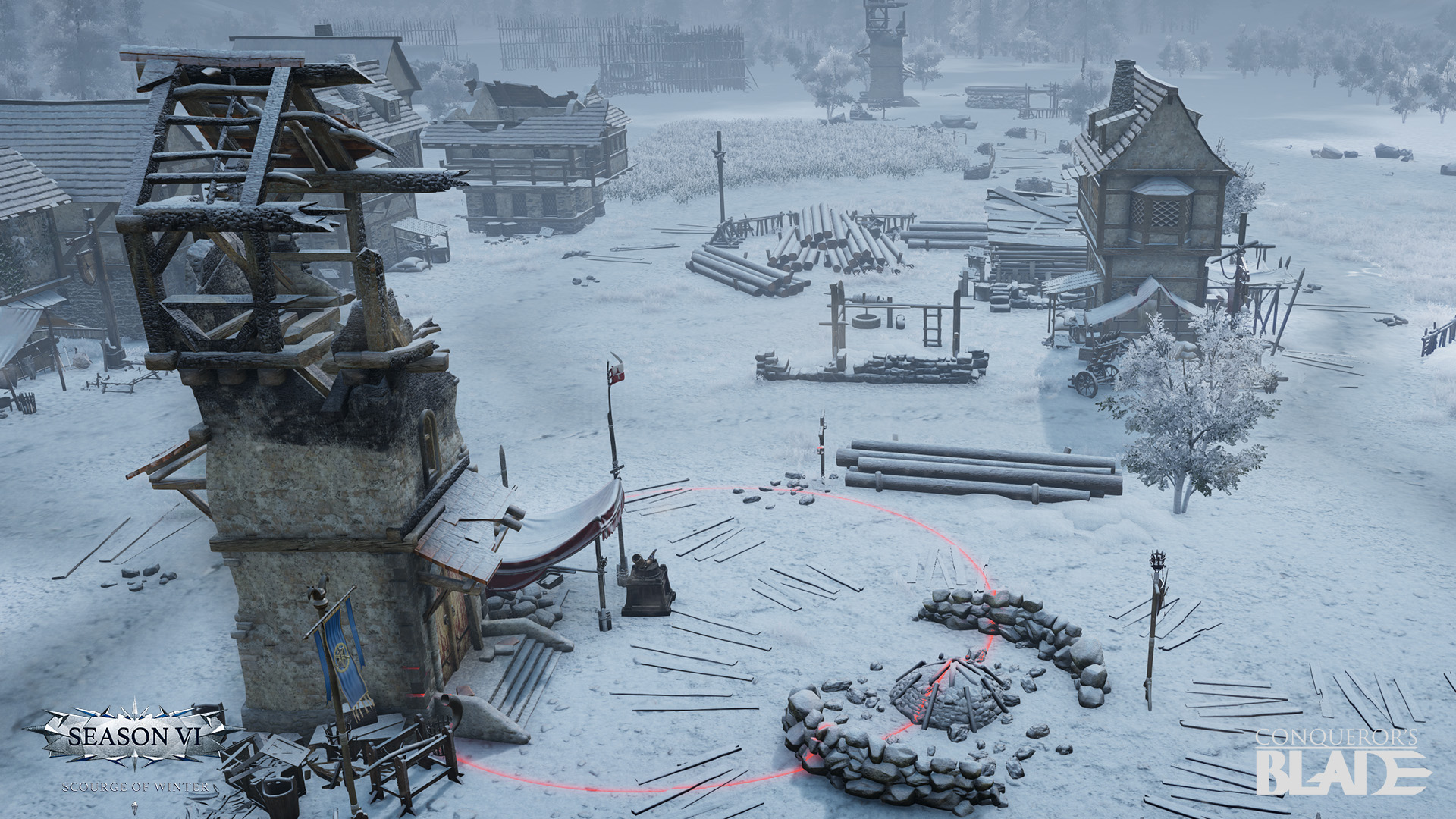 After Stage 2 of the campaign begins (from December 29), players will be able to explore Ostaria (via the border fort at Kiefernburg) and take on roaming Marauders in PvE battles, similar to how Rebels are dealt with in other parts of the world.

From December 29, bands of Marauders can either be approached in the open world, or attacked in their bases amongst the Ruined Fiefs. The Marauders are too numerous and too entrenched to be permanently evicted at this early stage, but you will be amply rewarded for reducing their number with Lions, a new form of XP exclusive to Season VI (more on this later), and other items. The higher the difficulty of the Marauder ruins, the better the rewards.

You can also bring up the Battle Screen (press ‘J’) and help the war effort by joining Clear Ruins battles. Be warned that when joining via matchmaking, you won’t know the difficulty of the battle until it starts and so you should prepare your troops accordingly!

Note: You can take on up to three ruined fiefs via open-world battles and five Marauder Expeditions via matchmaking battles per week. 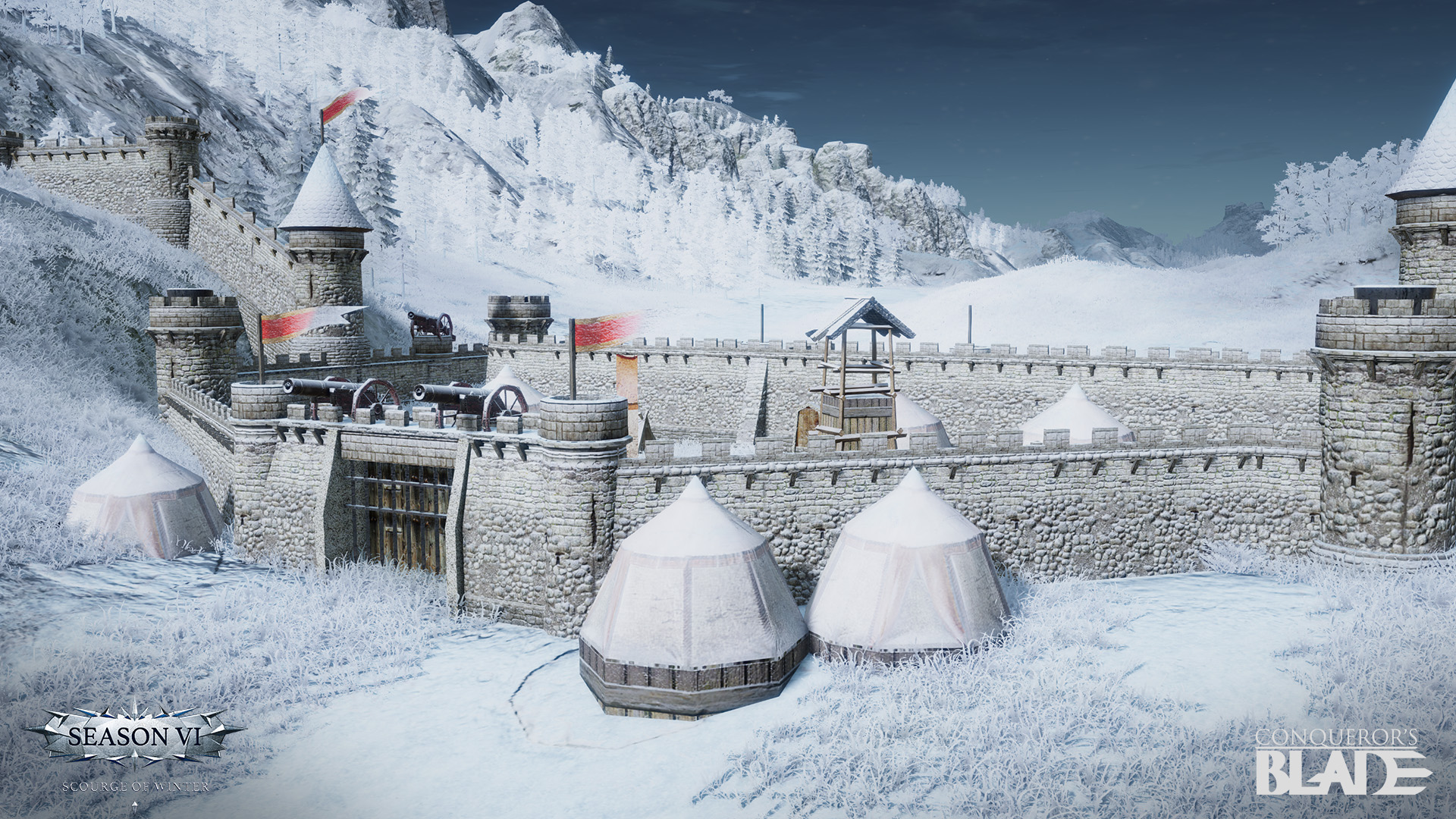 Stage 3 of Season VI’s campaign commences January 4, by which time the Marauders will be reduced enough to allow reconstruction efforts to start across Ostaria.

Every Monday during this phase, a new selection of liberated fiefs will require resources to allow them to rebuild. Just bring up the map (press ‘M’) to see what each fief requires, then transport what you can until reconstruction is completed.

For completing a “Rebuild Ruins” reconstruction quest, you will be awarded Lions (yes, yes, soon), Honour, Prestige and other items. Be aware that Reconstruction Quests are counted as Fief Quests and will tally towards your weekly Fief Quest Limit. Also, each fief has a daily limit on the number of resources it can accept.

In addition, you can aid the rebuilding effort by donating resources to your local Quartermaster. There is one located in each regional capital. Please give generously (up to six times a week, in return for Lions and other rewards)!

Despite being ravaged by the Desecrators, the Augolian Alliance has managed to retain a good portion of Ostaria’s wealth, albeit in the form of consumables and rare attires, which its agents will happily exchange for the requisite amount of Bronze. Just seek out a Quartermaster to access the Lion Store. The more Lions you have, the greater the variety of items available.

The rebuilding of Ostaria is scheduled to be completed on February 1 (the start of campaign Stage 4), but the region will pay a heavy price, as control of each fief will be ceded to the House that contributed the most towards its reconstruction. If the members of a cohort contributed the most, control of the fief will be handed to the Ostarian throne.

As well as ownership and Influence going to the house that contributed most to a fief's redevelopment, influence specific to that fief will be awarded to the next FOUR houses that also contributed the most significant amounts. This represents a fief's loyalty to the houses that worked hardest to rebuild it.

(*Not Regional Influence, as was previously communicated.)

Inevitably, those Alliances that feel they have been overlooked, or have been biding their time, will be able to challenge for dominance as they have been across other regions during the campaign. Liberators will become occupiers and the cycle of war will begin anew. 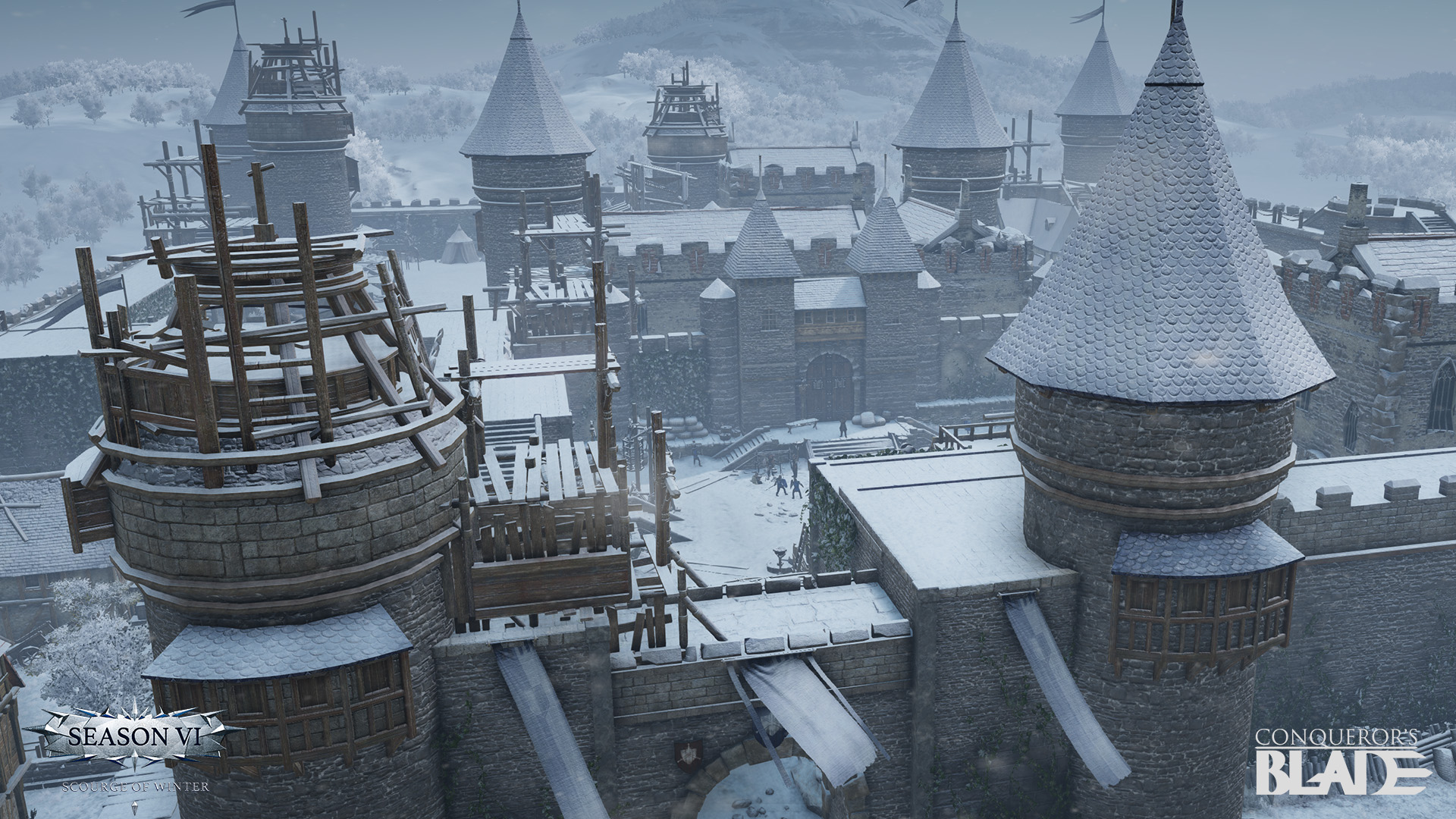 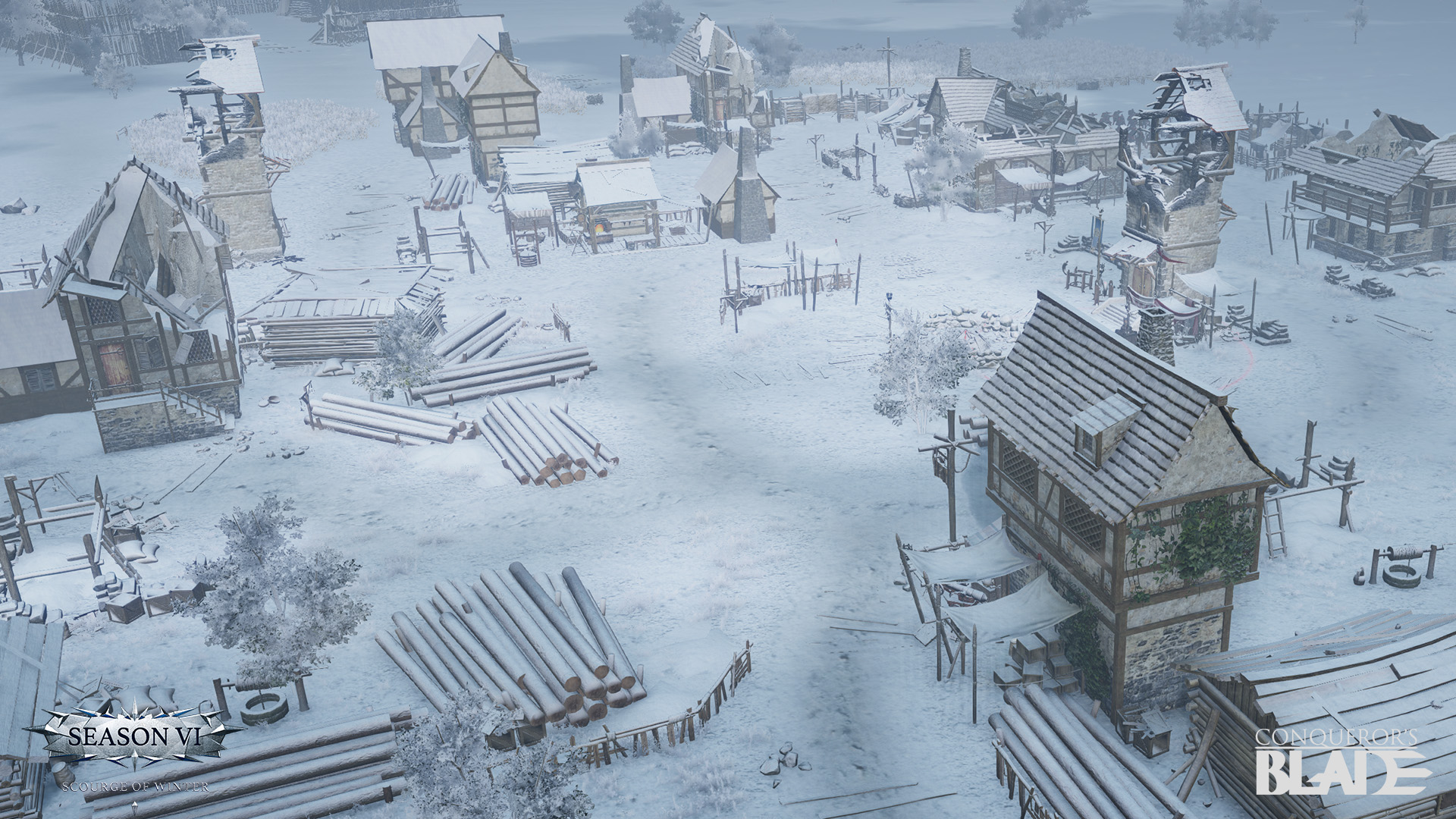 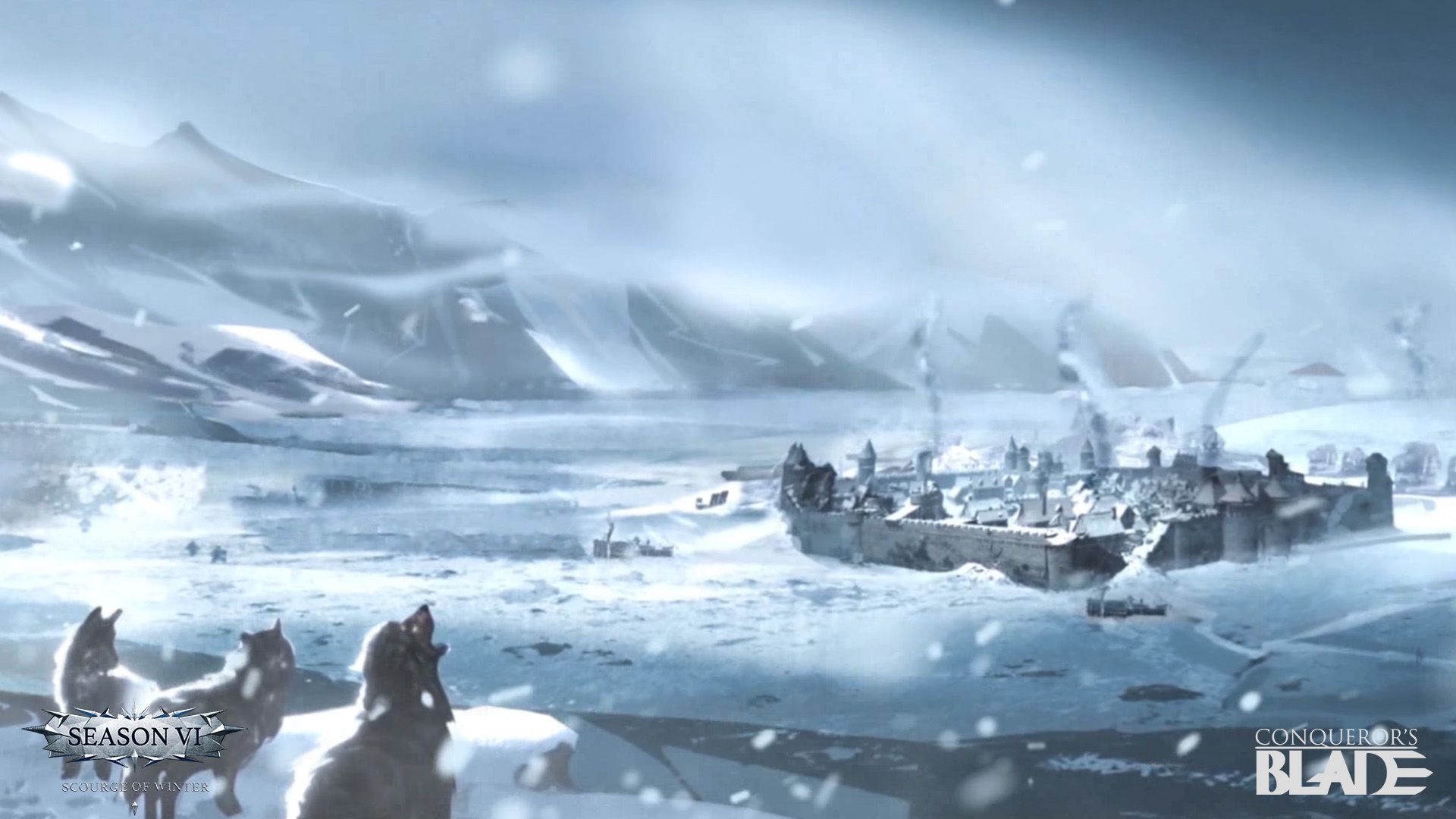