Exploring the realm of Anadolou in Season V: Legacy of Fire will give warlords treasure troves of rewards, including magnificent Hero Attire and new Emotes. But did you know you can also collect Hero Tokens from the Battle Pass? This special currency can be exchanged in the Seasonal Store for 11 epic new weapon skins to make an arsenal fit for the Symmachean Brotherhood! 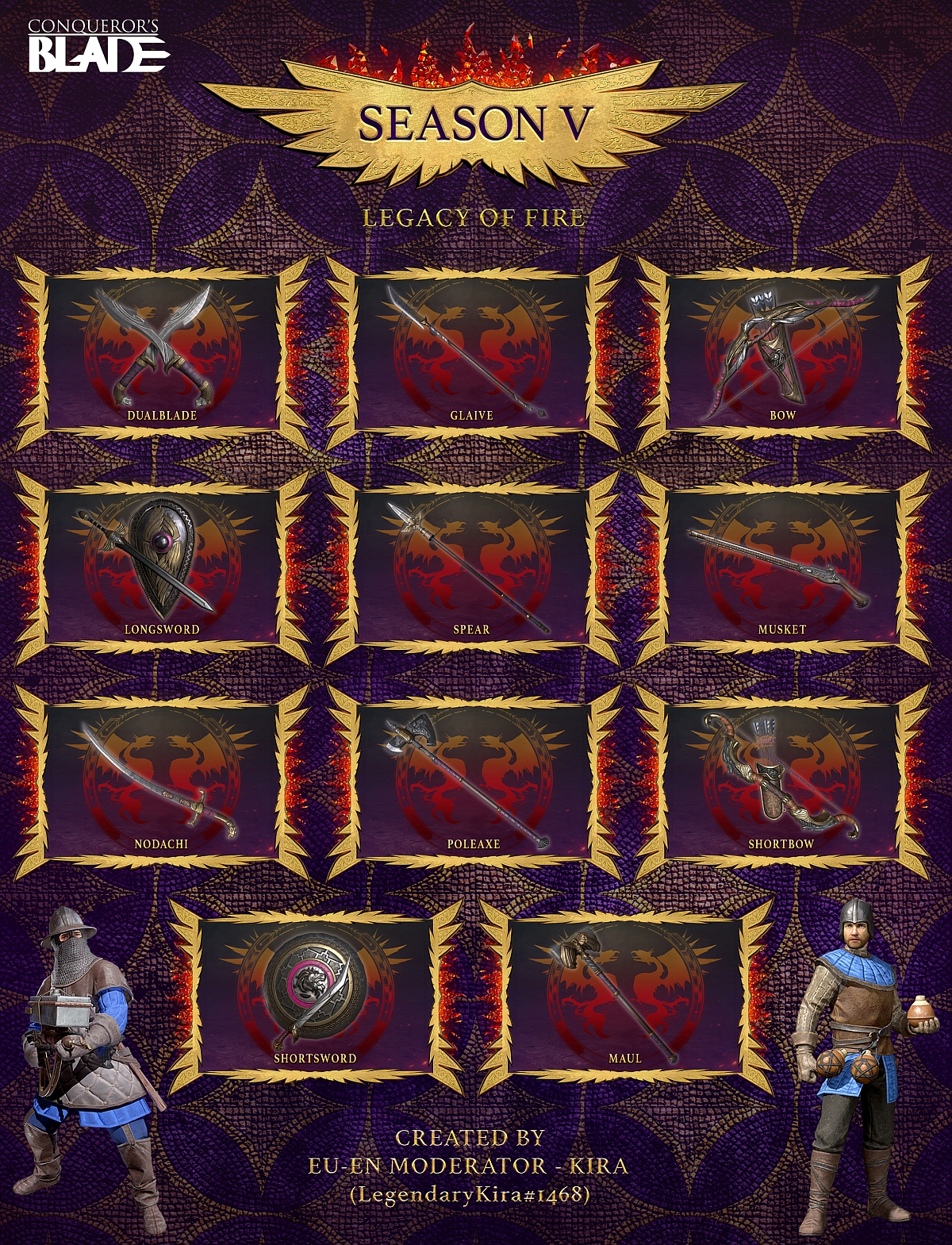 These weapon skins won’t give you a gameplay advantage, but you’ll be the envy of the battlefield nonetheless. You can also earn Chalices through the Battle Pass, which can be used to unlock antique versions of classic cosmetics not seen since Season I. Get the Season V Battle Pass from MY.GAMES Market or Steam today to start earning Hero Tokens!

Guide to Influence and Ruling Houses

Gameplay
The new run-up to a Territory War