As part of the Season V: Legacy of Fire update, we introduced a number of changes to how Influence is distributed and how the Ruling House in a Territory War is decided upon.

Previously, Influence was solely calculated based on the type of fief and its level, so that the bigger and more developed the fief, the more Influence it would grant its owner. A level 1 village, for example, generated 150 Influence, while a level 8 town would generate 1,500.

Influence gained from fiefs hasn’t changed significantly, but with the introduction of Season V, Influence can also be amassed via the control of Field Camps, Outposts and subfiefs: 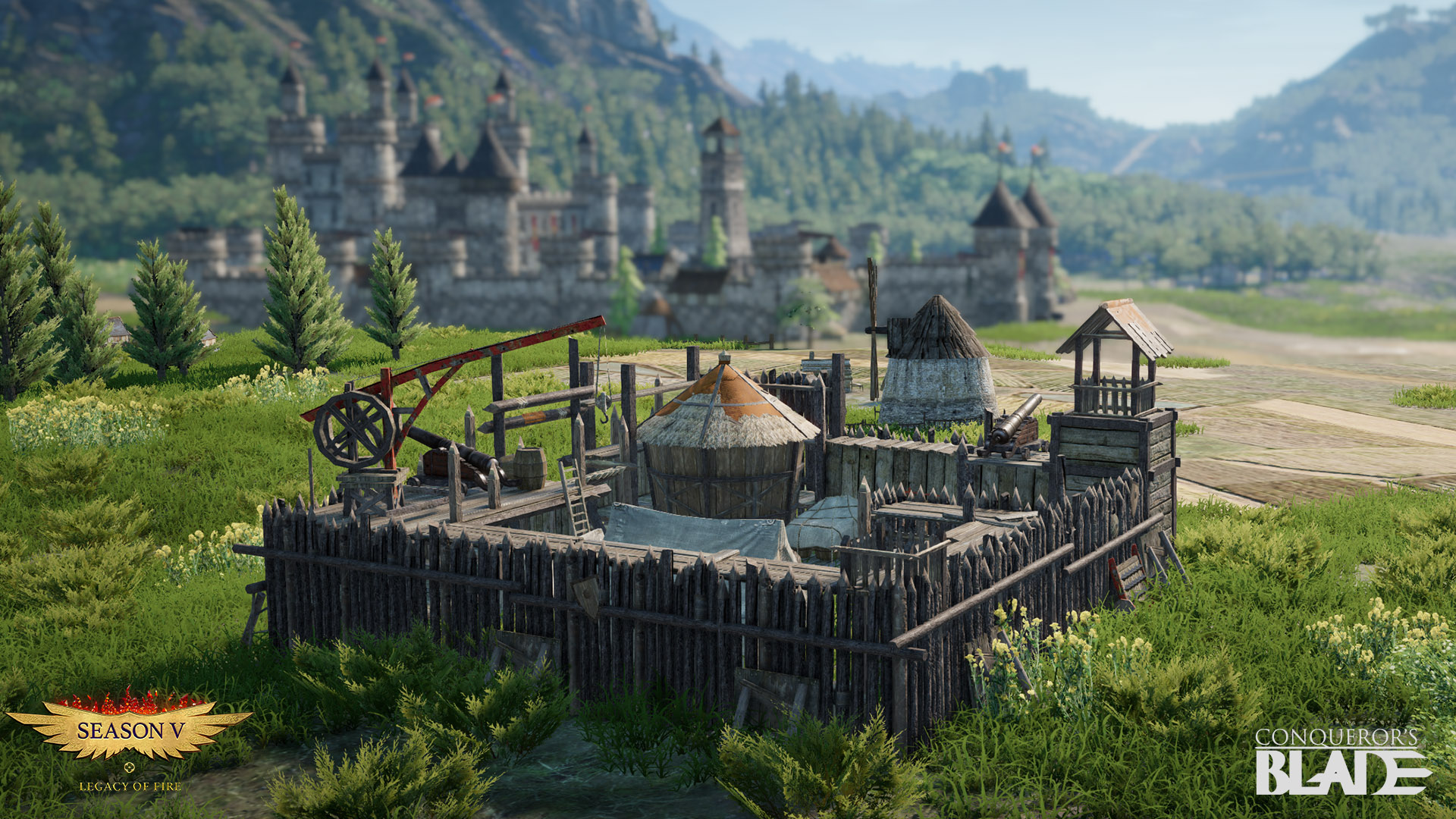 Field Camps and Outposts cost Prestige to build and along with subfiefs can only be contested during Territory Wars. You can do this by selecting it and clicking ‘Battle’ as you would for regular fiefs. Opposing forces then fight from a single battlefront in 15vs15 Field Battles. If at the end of the battle a camp or outpost changes hands, it is destroyed along with any Influence it gave. In common with fiefs, captured subfiefs will remain intact and Influence is assigned to the victor.

In order to allow houses to better prioritise their targets, there will be an added 30-minute period of Preparation Time ahead of main Territory Wars events (between 19:30 to 20:00 CEST on EU servers, and 17:30 to 18:00 PST on NA server), during which only Field Camps, Outposts, and subfiefs can be attacked.

Immediately afterwards - and before Territory War begins - the Ruling House in a region will be decided based on which has the most Influence. Battles for villages, forts and towns can then begin in earnest. At the completion of each, Influence is recalculated and, if the balance of power in the region has changed, a new Ruling House will be assigned. This will continue until all wars in the region are concluded.

When Territory Wars is over, control of subfiefs (specifically resource nodes) will be assigned to the house that controls its respective fief, regardless of any house that might have captured during the first stage of the event.

Help us track down Bob the Imperial!

Updates
Rage through the flames of history.