Conqueror’s Blade is a tactical action MMO set in a vast open medieval world consumed by conquest. Playing as a warlord, you can build and command an army, fight players worldwide in thrilling online battles, and join forces with your House to conquer regions and expand your empire. To ensure you have the best experience possible, we’ve prepared some helpful resources and information to guide you on your journey!

Which platforms can you play Conqueror’s Blade on?

Conqueror’s Blade is available to download for free on Windows PC via MY.GAMES Store and Steam.

How do you get started?

After installing and starting up Conqueror’s Blade from the MY.GAMES GameCenter launcher or Steam, you must choose your server. We recommend sticking with the default server based on your region, but you can choose a different one to join your friends (it’s possible to create multiple characters on each server). From there, you can create your warlord, proceed through the first missions (including your first Siege Battle), and enter the wide world of Conqueror’s Blade!

Which weapons can you wield?

When you create your warlord at the beginning of the game, there are 11 weapon classes to choose from, including the Longsword & Shield, Shortsword & Shield, Musket, Spear, Nodachi, Glaive, Poleaxe, Bow, Dual Blades, Shortbow, and Maul.

Each weapon requires a different approach, whether you’re attacking enemies at range with a Bow, delivering a rush of killer blows with a sword class, or wrecking defences with the heavy-hitting Maul. You also have access to different abilities with every weapon, so choose the one that best suits your gameplay style. If you don’t want to commit to just one, you can become a master of all! 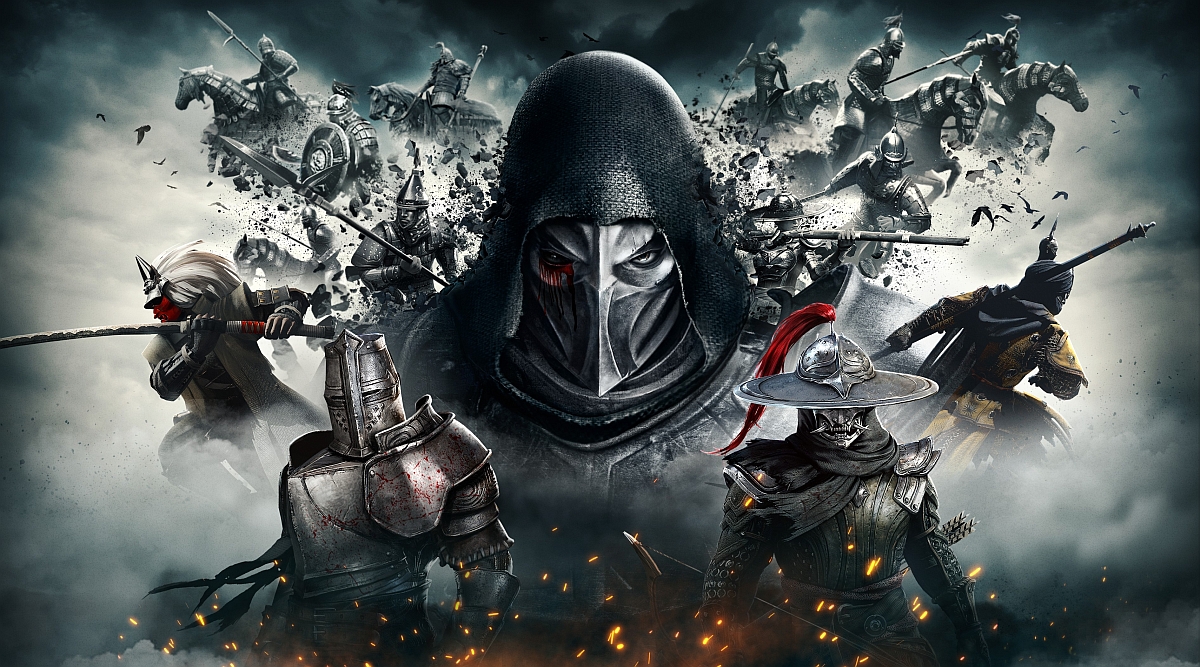 Which modes can you play in Conqueror’s Blade?

Conqueror’s Blade features a variety of gameplay, from resource and unit management and crafting, to raging siege battles, violent skirmishes, and battles for territory across a range of stunning maps in the open world. Certain modes, including Territory Wars, require you to join a player-run House or NPC-run Cohort (similar to guilds). Here are some of the modes you will encounter:

Sieges are cinematic, epic battles featuring two teams of 15 players. Defend your castle with cunning counter-siege measures, or send in your army with devastating siege weapons to bring walls crashing down in a haze of fire and blood. Attackers must capture the final flag to win, while defenders must hold at least the final flag until the end of the battle.

Engage the enemy on an open battlefield! Capture flags and defeat players on the enemy team to reduce their team’s points and secure victory.

Join forces with your House for massive server-wide battles! Vie for control of villages, forts, and cities, and all the land and resources that surround them. Territory Wars are fought every Tuesday and Saturday.

Cross blades with enemy teams for all-out warfare! The first team to attain a certain number of kills reigns supreme in this team deathmatch mode, playable on different maps every Monday and Thursday.

Other modes, including limited-time events, will be available on certain days or to commemorate special occasions. Keep an eye on the official website and social channels for more details, and consult the Event Schedule to find out when you can play Territory Wars, Deathmatch, and Free Battles.

What types of units can you command?

More than 80 diverse units are available to unlock and recruit in Conqueror’s Blade, with more added every season. Inspired by history’s greatest military forces, you can launch assaults, defensive strategies, and intricate tactical manoeuvres with soldiers specialized in melee, ranged, and cavalry combat. You must research resources, equipment, and unit technologies to unlock new units from the Unit Tree, or earn Seasonal Units via Unit Challenges.

Seasons are limited-time events where you can complete Seasonal Challenges to earn exclusive content like cosmetics, new units, and even weapon classes from the Battle Pass. Every season is themed and steeped in lore which influences the aesthetic, content, and rewards. Fight, ascend the ranks, and unlock epic rewards every season!

You will attain knowledge and experience the more you fight, win and lose in Conqueror’s Blade. Take heed of in-game tutorials, a wealth of content created by our player community on YouTube and Twitch, and resources on the official Conqueror’s Blade website to ensure you’re equipped for the battles ahead. You can consult the FAQ and Customer Support hub if you need more information or assistance.

See you on the battlefield!