You can’t start a fire without a spark. Get ready to battle through the pages of Conqueror’s Blade history when Season V: Legacy of Fire arrives as a free update on October 13!

Embark on an odyssey set 100 years in the past, and discover long-forgotten secrets that sparked the rise of an empire. Your seasonal campaign follows in the footsteps of the Kingdom of Empyros and their army, the Symmachean Brotherhood, across the rich and arable Anadolou region. Explore this new land to unlock 100+ rewards, including season-exclusive attire and lots more, from the Season V Battle Pass! When the campaign advances to its bloody and inevitable conclusion later this year, the throne of the coveted fortress city of Reginopolis awaits worthy conquerors. 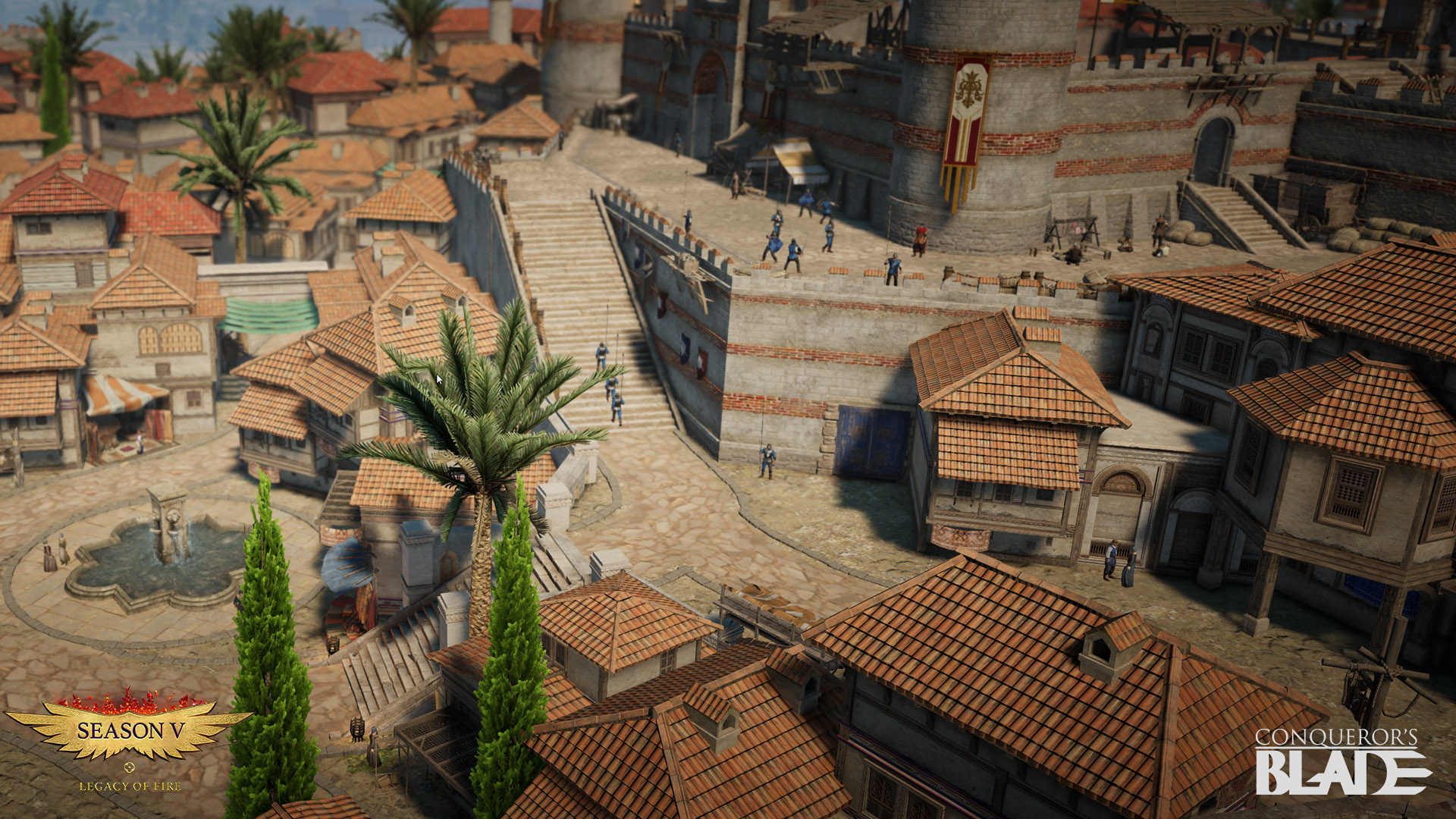 It’s a tough road ahead, so you’re going to need more firepower... literally! Unlock new seasonal units over the course of Season V, both armed with newly-developed weapons seething with hellfire. The Zykalian Militia is an effective defensive force armed with throwable, incendiary earthenware grenades. Their explosive nature provides a good deterrent to attackers when raining fire from the battlements during siege battles! 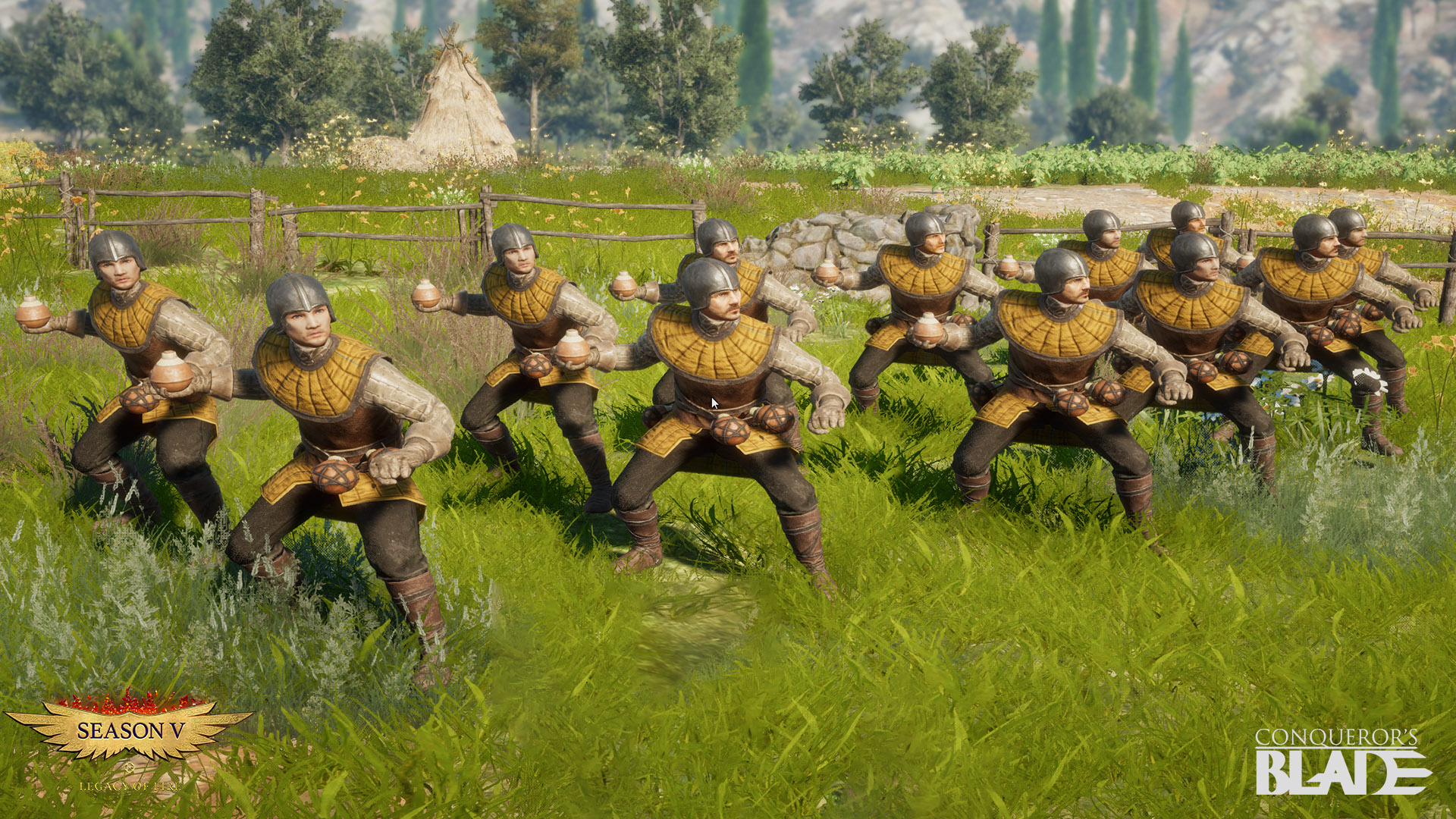 You can also command the Siphonarioi, Empyrean sailors who wield handheld cheirosiphon, or flamethrowers. They’re clad in full armour that helps to protect them from the heat of their own weapons and are widely dreaded by enemies. Since they are sworn to guard the secret of hellfire's composition, they will never be taken alive...

Call in extra reinforcements by promoting fan-favourite units to the ranks of the Symmachean Brotherhood! Symmachean Stalwarts are an elite regiment based on Spear Sergeants, while Symmachean Paladins take the torch from Men-at-Arms. You can promote your basic units to a different veterancy via Seasonal Challenges, in a system we’ll detail closer to launch. 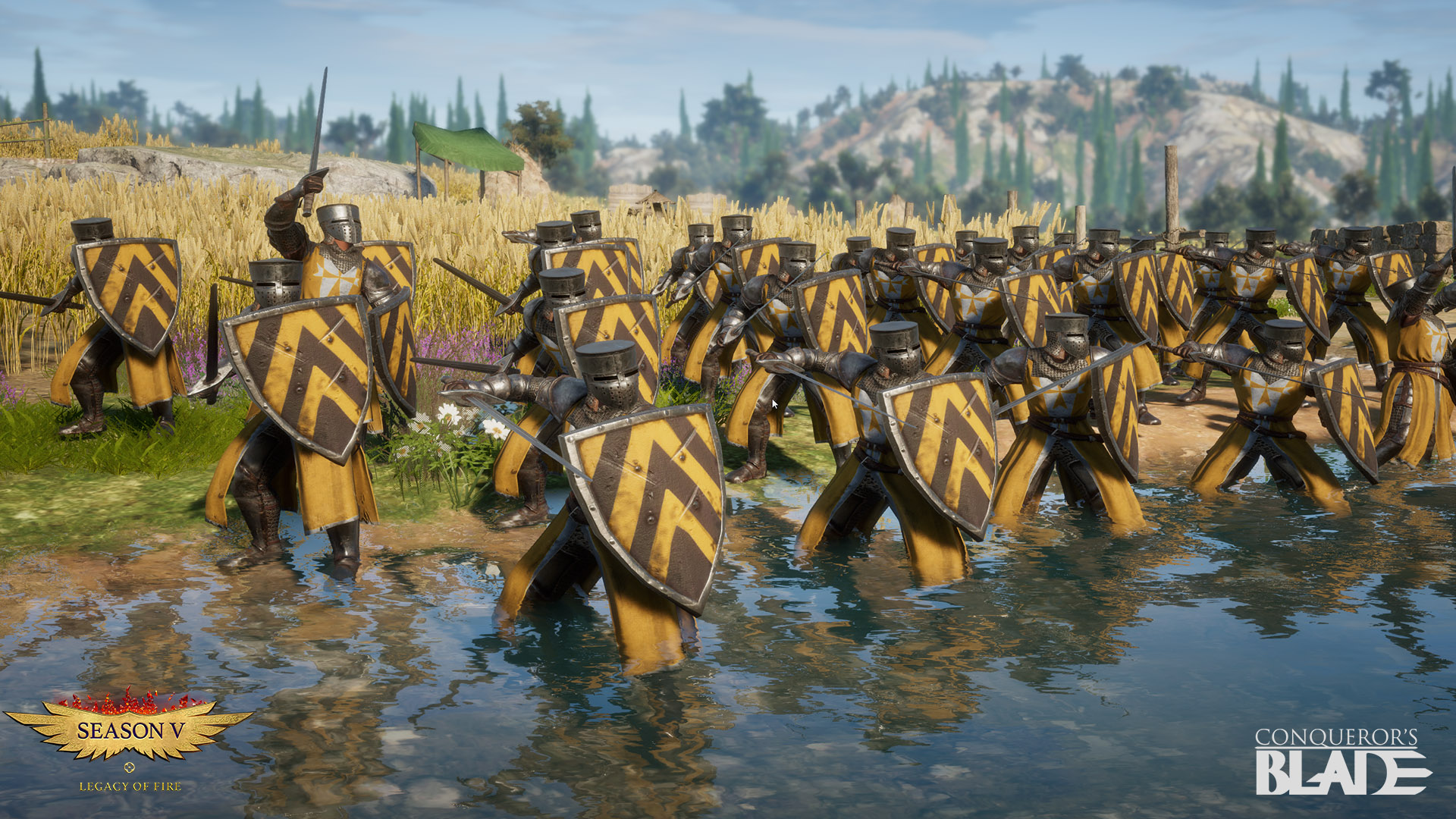 Season V: Legacy of Fire will launch alongside the Season V Battle Pass on October 13, with pre-orders starting soon. Watch out for more news and updates by subscribing to the newsletter and reading the official Conqueror’s Blade website. You can also connect with a massive community of warlords worldwide by joining us on Twitch, Facebook, Twitter, Instagram, and Discord! 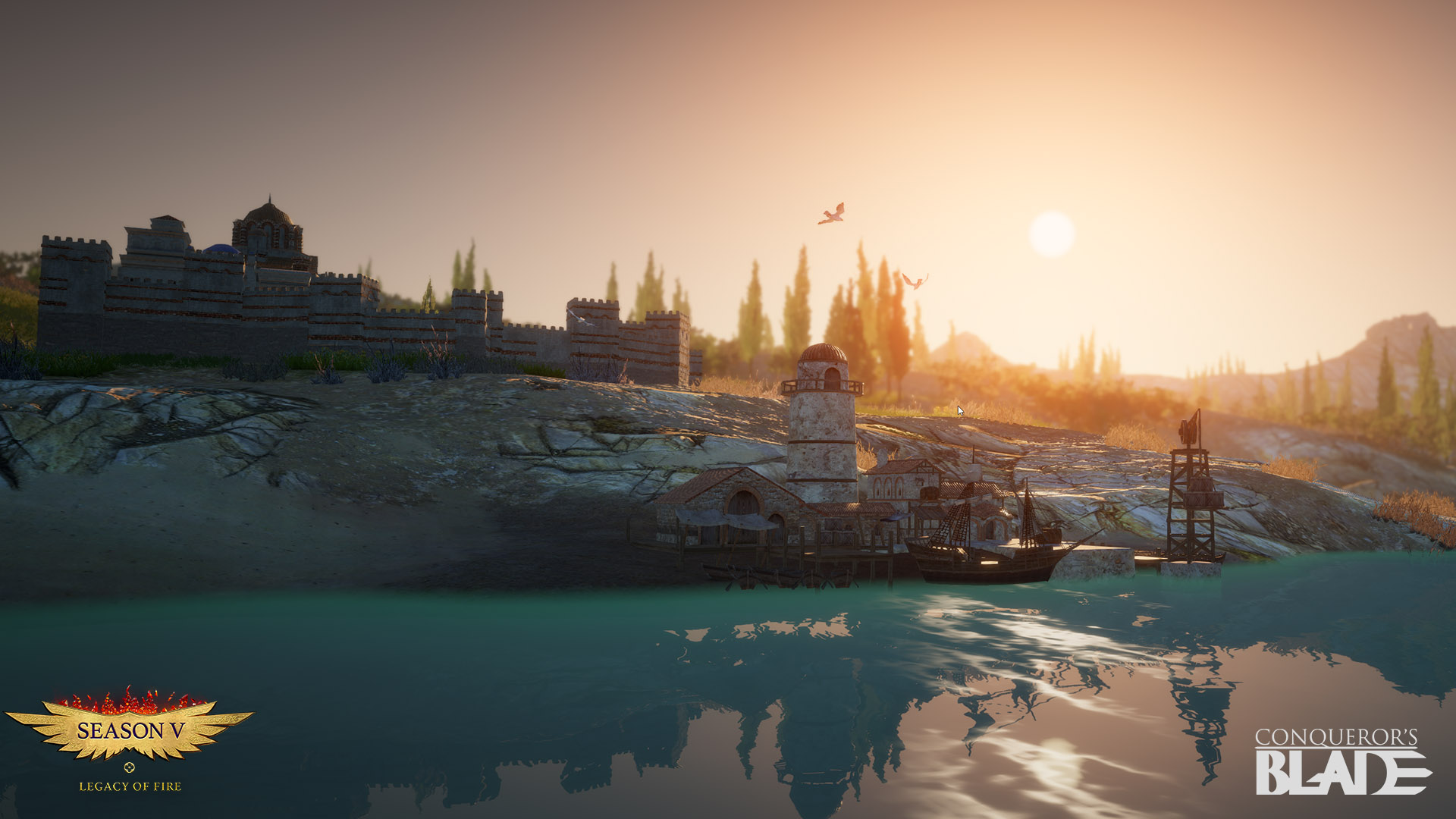